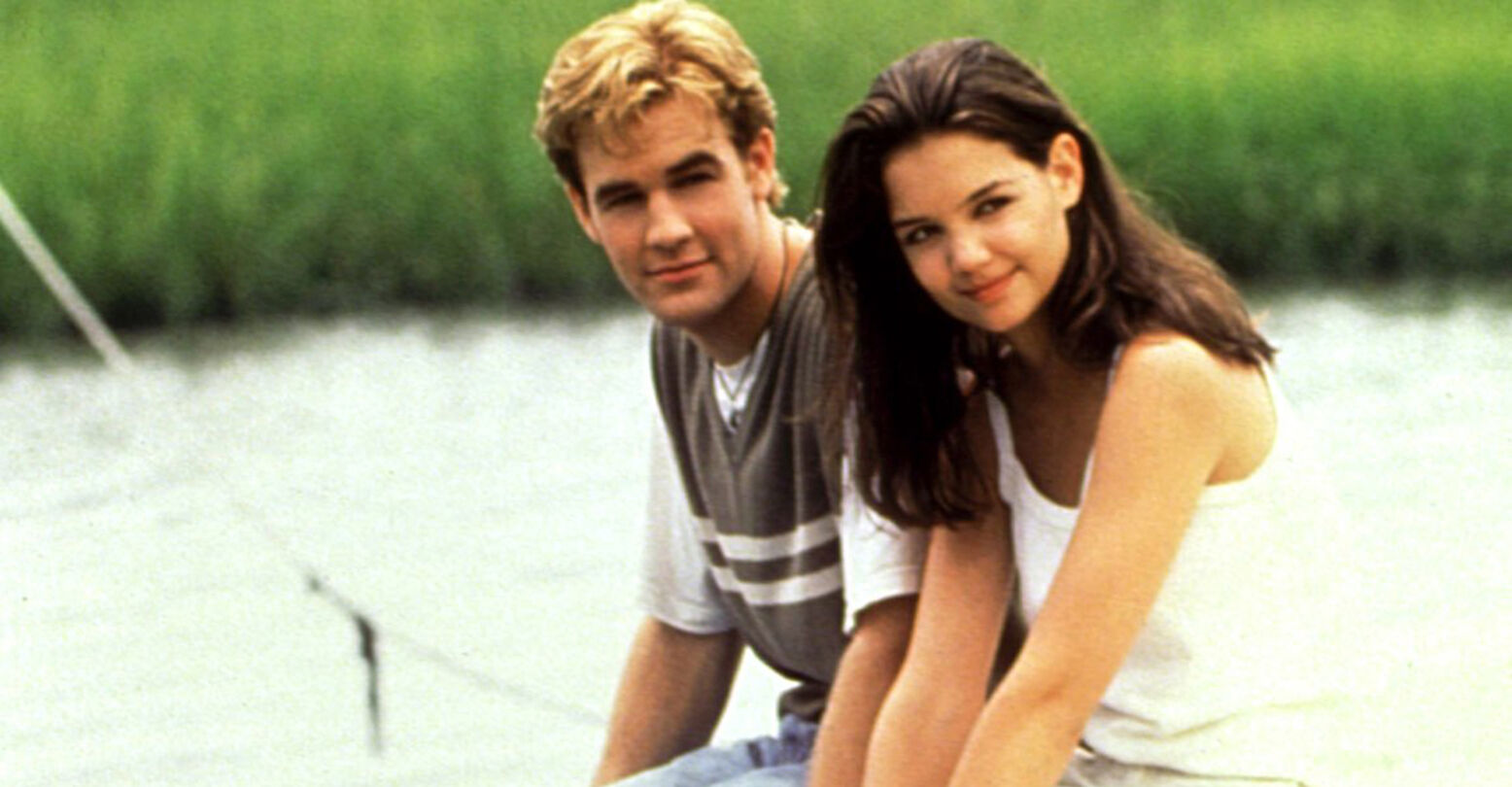 When the WB teen drama Dawson’s Creek splashed onto TV screens on January 20, 1998, it quickly set parental discretion groups aflame with its frankness about adolescent sex. And like most boys my age (or not), I was obsessed with all things operatic and soapy, and Creek was one of my central infatuations.

While the series gave tween me a peek into the world of romance and heartbreak I dreamed of one day experiencing, it wasn’t until its second season that Kevin Williamson’s breakout drama gave its true gift to me.

Early in season two, we are introduced to newcomer Jack McPhee (played by Kerr Smith), a bumbling and shy outsider who is further isolated by his interests and guardedness.

Jack’s first central storyline finds him becoming the unlikely rebound boyfriend to Joey (Katie Holmes) in a relationship that never gets off the ground. The two have common interests and enjoy each other’s company but something is off.

This something is revealed soon after in the two-part storyline aired in February 1999 in episodes “To Be or Not to Be” and “…That Is the Question”, wherein Jack is unwillingly thrust out of the closet when he reads a poem describing masculine beauty and the claustrophobic guilt he feels for noticing it.

The episodes find Jack not only wrestling with his inner demons, but also dealing with the consequences of having revealed so much of himself. He is met with confusion, embarrassment, and ridicule from class members who spray paint “FAG” on his locker. Jack’s coming out is sealed when his absent father returns to “set him straight” and Jack at last admits, both to his father and to himself, that he is gay.

Jack’s coming out appeared just under two years after Ellen’s groundbreaking “The Puppy Episode,” which saw DeGeneres’ character’s realization and acceptance of her lesbian identity. And while I remember the huge reception of Ellen’s coming out, tween me wasn’t necessarily affected by it.

Jack’s coming out was different: He was a boy and only a little older than I was. I saw so much of who I was in a character that seemed to always be hiding.

While I was still years away from understanding what would soon begin happening inside of me, I remember Jack’s journey striking me in a way no other story arc on television ever had. It wouldn’t be until future rewatches, when I was out of the closet and fully myself, that I realized: I knew this was me.

And Jack’s significance as one of the first gay teens and the first gay main character as far as my research can conclude on American television doesn’t end with his coming out.

In the season three finale, Jack kisses a crush in what is referred to as the first “passionate” kiss between two men on primetime TV. The kiss is immediately followed by rejection and the rest of the series finds Jack searching both for love and for his place in heteronormative society.

The series’ treatment of Jack is astonishingly human for its time period: the character is never portrayed as either a victim or a cautionary tale. Throughout the show, he becomes a star athlete, a college student, and a best friend to series bad girl Jen (expertly played by a fledgling Michelle Williams). And in the end, Jack is treated to one of the most wholesome character wrap-ups out of the whole bunch: happily ever after with a hot cop husband and a child.

I never expected that I would still be watching Dawson’s Creek in my 30s, but over time, the series has become a place of comfort and familiarity. Each time I rewatch it, I’m more and more struck by what it gave to me as a gay tween: hope.

Hope that on the other side of the terrifying journey I would one day have happiness, friendship, and love waiting for me.