Years before Jessica Lange snatched every wig with her rendition of “Gods & Monsters” on American Horror Story, the Hollywood legend first won audiences over by battling a monster in King Kong, proving herself to be a goddess of the silver screen in the process.

In the years that followed, Lange’s star shone even brighter and it wasn’t long until she was officially crowned as Hollywood royalty. Not only is she a six-time Oscar nominee (winning twice), but she’s also received one Tony Award, three Emmy Awards, and five Golden Globe Awards, becoming the most nominated actress in history for the category of Best Miniseries or Television Film.

However, all of this pales in comparison to her greatest achievement of all, and that’s her role as a gay icon. Long before she finally played a queer character in Broken Flowers, Lange consistently embodied the kinds of heroines that gay men often gravitate to. Whether she’s playing a manic-depressive housewife in Blue Sky (1994) or the vengeful Queen of Rome in Titus (1999), Jessica has always expanded on the “strong woman” trope to deliver unforgettable performances that don’t fit traditional definitions of femininity. 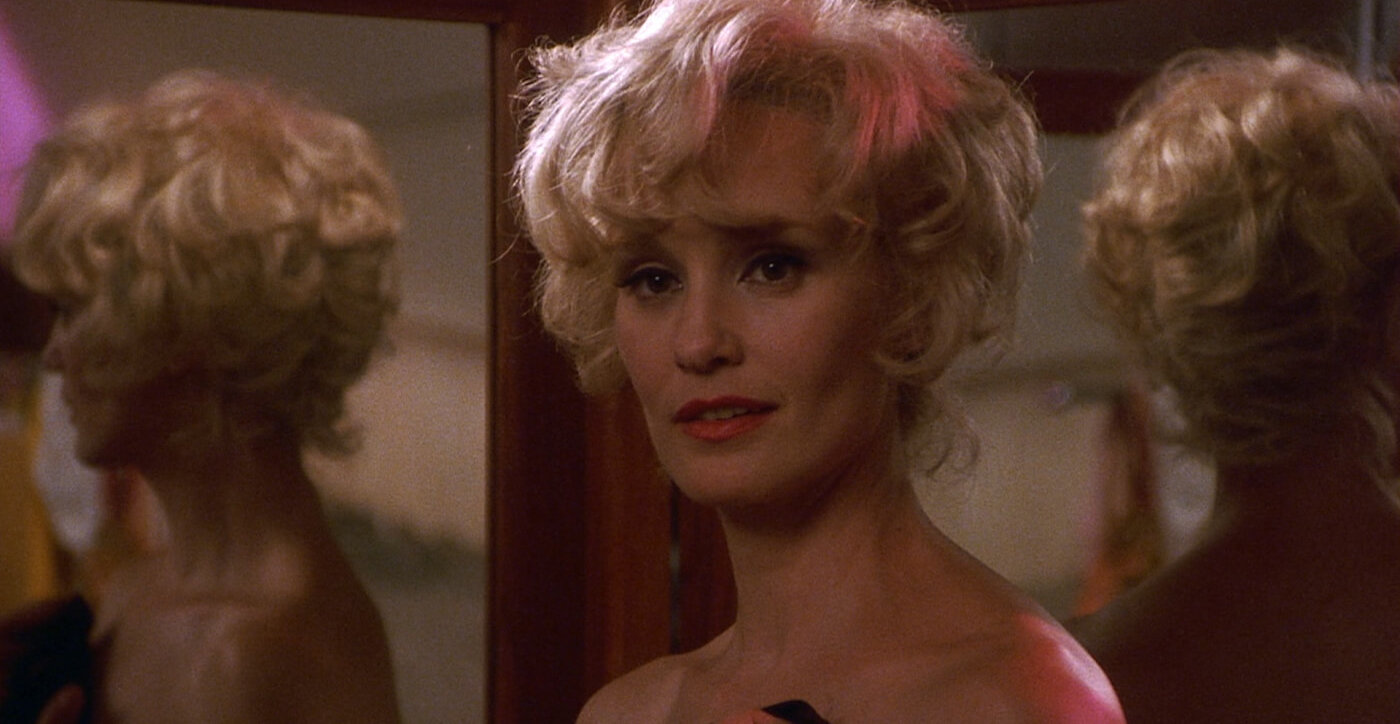 Lange once touched on this during an interview with The Advocate, explaining how “There are certain characters that are so normal or so thin or so regular that they don’t interest me. It would be a waste of my time as an actor.” Few performers can subvert their good looks to reveal the vulnerability that lies underneath as Lange does. In both her individual roles and throughout her career as a whole, the industry legend has always worked on her own terms, and it’s this defiance that appeals to gay men who also deviate from the norm in one way or another.

Following her rise to the top in the ’80s and that second Oscar win for Blue Sky in the ’90s, Lange’s career on screen began to diminish somewhat, proving yet again that Hollywood discriminates against older women, regardless of their proven talent and desire to succeed. Always a fighter, Jessica then turned her hand to the stage, channeling the melodrama of Tennessee Williams in plays like The Glass Menagerie and A Streetcar Named Desire. 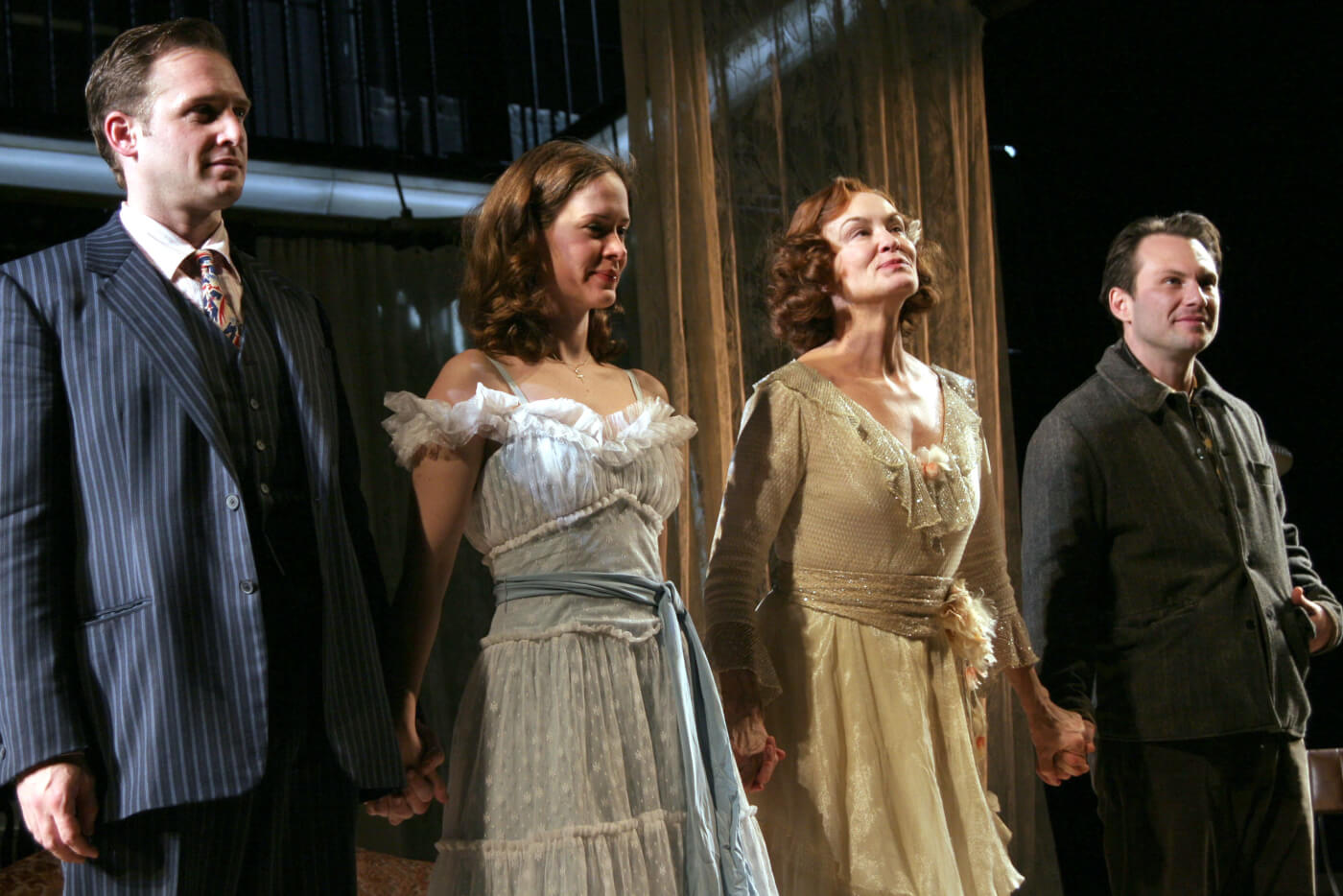 As if that wasn’t enough to cement her status as a gay icon, Lange then took on the role of another gay legend in the HBO-produced Grey Gardens, starring as “Big Edie” Bouvier, the aristocratic aunt of Jacqueline Kennedy. With Drew Barrymore by her side, Jessica won both an Emmy and the hearts of LGBTQ audiences worldwide, but even this success paled in comparison to what would come next.

Not even the Supreme herself could have foreseen the impact that Lange would make in the first season of American Horror Story that premiered just two years later in 2011. The role of Constance Langdon was originally supposed to be far smaller, but once Jessica was cast, creators Ryan Murphy and Brad Falchuk expanded the part to suit her talents, positioning her character in a key role.

It wasn’t long before Lange would become the main draw of American Horror Story, evoking the flamboyant camp of legendary Hollywood characters like Norma Desmond and Baby Jane, but with her own uniquely fierce twist. As a result of this, more Emmys and starring roles on the show beckoned, transforming Jessica into a militant nun, an aging witch clinging onto youth and a wooden-legged freak show owner across the first four seasons.

In the midst of all the aliens, monsters, demons and cannibals, Lange grounded American Horror Story each year, unifying each season despite the numerous shifts in plot and tone. It’s no surprise then that gays worldwide mourned the day that Jessica finally left the show. Fortunately, #20GayTeen is the year that everyone’s favorite AHS matriarch will return as she’s scheduled to appear in a future episode of Apocalypse, reprising the role of Constance Langdon once again.

Before it was revealed that she would come back to play the Antichrist’s grandmother in Season 8, Lange switched things up with another Ryan Murphy series called Feud where she reenacted Joan Crawford’s famous rivalry with Bette Davis back in the early ’60s. At times, Sarandon’s venomous portrayal of Davis threatens to steal the show thanks to those vicious one-liners, but it’s Lange who shoulders the emotional core of Feud’s first season.

Although it would have been easy for Jessica to play a caricatured version of Crawford, the nuance of her character’s tragic desperation on the set of What Ever Happened To Baby Jane? and beyond garnered Lange her eighth Emmy Award nomination for Outstanding Lead Actress in a Limited Series or Movie.

By making the move from film to TV, Lange has avoided the hardships that Crawford herself faced later in life, reinvigorating her career faster than any spell or potion that Fiona Goode could have ever concocted. Stories told on the small screen come with more prestige than ever before, providing Jessica with the kind of meaty roles that few women (other than Meryl Streep) seem to be offered these days.

It’s not all been easy, though. Despite her fame and success, Lange has also suffered from severe depression on and off throughout her life, something that she channels into her work. During an interview with the L.A. Times, the iconic star confessed that: “Though my dark side is dormant right now, it continues to play a big role in whatever capacity I have to be creative. That’s the well I’m able to tap into, where all the anguish, rage and sadness are stored.”

By imbuing her work with the same ferocity that she also reserves for fighting her own monsters in private, Jessica Lange has made an undeniable impact on members of the LGBTQ community who also struggle against their personal demons on a daily basis. Although she might not be a god in real life, Lange’s ongoing impact on pop culture will ensure that she’ll always inspire queer audiences like the cinematic deity we know she is.