One of the best parts of starting a new roleplaying game is creating a new character. In fact, my roommate often times just creates a character and doesn’t play the actual game. And what I’ve discovered over my years of gaming is that everyone has a different strategy when they go to create a character. Some people want to make a character that looks badass or interesting, and some people just want to make something that resembles them.

However, when you’re not white and you’re not cisgender, this process can become more complicated. All of a sudden these options become a lot more limited. I talked to a couple non-binary gamers about their experiences with character creation. I asked them how they decided which gender to play in a binary game.

Darya, an indigenous non-binary gamer, told me that they most often played as female characters because they present more femme than masc. Then Darya pointed out something that I hadn’t thought about.

“I feel that several games with alien races and fairly in-depth character creation, like Mass Effect and Star Wars: The Old Republic, missed the opportunity to explore gender in other species,” they told me. “No one escapes the gender binary in games, not even robots.”

And it is maddening. Even in stories that take place across multiple planets with multiple alien species, the one thing we can’t create is a system without gender.

The gender binary, as Darya explained, doesn’t just limit the option for gender. It also impacts the body types that are offered within customization because they will be aligned with gender norms.

“The binary encourages either extremely feminine and petite OR masculine and buff. There’s not much in between.” This was a sentiment shared by another non-binary gamer, Marisa who also happens to be my roommate.

They added that they’re still at odds with their gender identity because of how genderqueer people are portrayed.

“I am used to seeing lanky, light skin, flat chested people as androgynous, and not really much anything else,” they told me. “It would be really cool for games, which really like to adhere to a somewhat strict gender binary, to give players more options to express their gender and more through customizations.”

Marisa goes into each character customization with a different intention. If it’s a game like Fire Emblem with really limited character options and a linear story you follow, Marisa just makes whatever they think looks cool.

However, with games like Pokémon “I want my character to look like me. It makes it more immersive and like I’m truly living my best Ash Ketchum life [In Fire Emblem] I don’t really care about the lack of options, I mean I would love some brown skin, but I’m not hung up on it. It’s a game that feels very disconnected from me.” 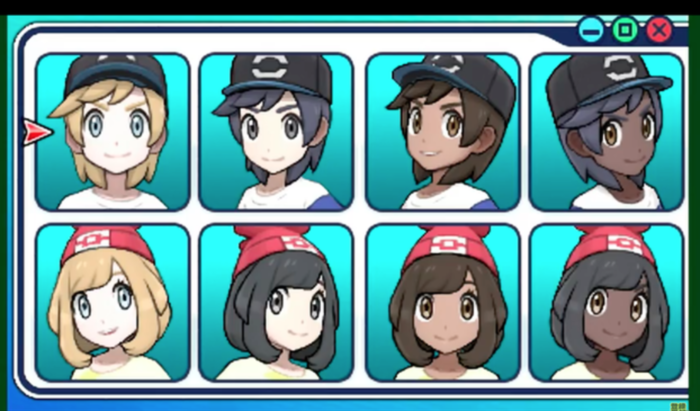 The latest games in the franchise, Pokémon Sun and Pokémon Moon were the first to add skin tone options to the character creator. One night on the bus home, I showed Marisa the trailer for the game, and at one point it showed all the skin tone and hair options. It was in the video that Marisa saw an avatar that had the same skin color and hairstyle as them. They started getting emotional and said simply, “that’s me.”

Another game that Marisa enjoys is Animal Crossing, which has an incredibly interesting way of handling gender. Animal Crossing is a social simulation game similar to The Sims and one element of the game is checking the local stores for new clothes or furniture. While the game still uses a gender binary, the clothing in the game can be worn by either gender male characters can wear dresses, etc. However, when a character attempts to buy something that was made for the other gender, the shop owner will always give a cautionary gender-policing message like: “That accessory is from our men’s collection, but I supposed women can wear it, too!” 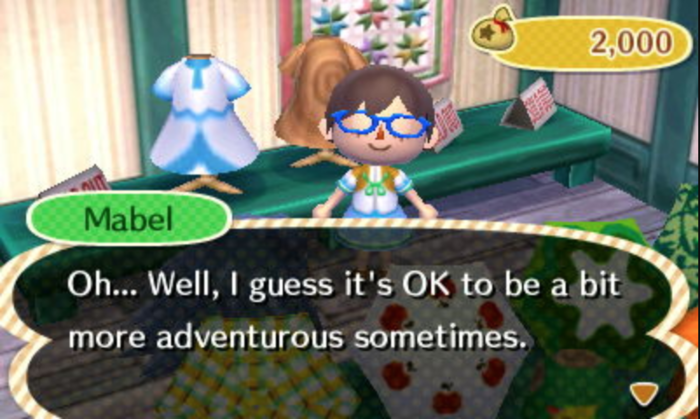 Your character is allowed to wear the clothing and it doesn’t change any gameplay, but the message is there regardless. Marisa says that this doesn’t really bug them because they kind of stopped expecting anything. “As I get older I know that games are not likely to represent me specifically. I would prefer just like a chill gender neutral character option.”

Character creators have come so far in terms of detail and specificity. Even in terms of non-white skin tones and non-white hair, we’ve seen an improvement over the last couple years. There’s really no excuse now to exclude non-binary identities or even gender fluidity in games. In addition to supporting an underrepresented group of gamers, you’ll also be creating a more interesting system for all gamers.

Because this industry doesn’t advance unless we push it further.