“As a journalist, of course I’m critical of everything that’s happening in the world right now, and that’s a huge part of the show. It’s important to have conversations that move us in the right direction. But I also want listeners to have fun, to laugh, to be entertained.”

When you listen to Sam Sanders, journalist and host of NPR’s podcast It’s Been a Minute, it feels like you’re with the friend who will always show you a good time. You know you’re in for a few laughs, some lessons, and a streak of optimism.

Sanders’ confidence, intelligence, and humor come naturally. The show–which is simply a blend of the things Sanders likes to talk about: politics, journalism, and the many avenues of pop culture that are entwined with them–celebrated its first birthday this past June.

Sanders is one of just a few black and openly gay podcast hosts in digital media, and the intersections of his identity are only heightened at National Public Radio, where people of color are few and far between, and queer people of color even more so. Still, he relishes his place among his peers and the platform his show has built, citing NPR as the home that raised him, professionally, as a self-described late-comer to public radio.

“Growing up, until I could drive, my mother had control of the radio when we were in the car, which meant we were listening to sermons and gospel music.” he tells INTO. “I don’t even think I listened to an actual radio show until I was in college. When I did I became obsessed with news and current events.”

From there he knew he wanted to pursue a career in journalism and radio, and after completing a master’s in public policy at Harvard’s Kennedy School, he was off and running with NPR as a Kroc Fellow. However, it was Sanders’ work as a member of NPR’s election unit in the months leading up to the 2016 election, when he played a key role in covering the intersection of culture, pop culture, and politics, that the opportunity arrived for him to lead his own show of his own design.

It’s Been a Minute, Sanders believes, is emblematic of a larger cultural and journalistic shift, one in which those intersections–everything from the reality television star-turned-president to the very existence and acclaim of FX’s POSE–are now visible, and taken seriously as political markers.

“Politics doesn’t exist in a vacuum,” Sanders says. “As media representation grows, particularly for people from underrepresented identities, the landscape evolves. And it should evolve, because that representation can spark dialogue, bring about larger conversations, and change minds — all of which affects policy.”

Sanders considers his own identity, and his presence at NPR, an opportunity to facilitate these kinds of conversations. “I’m aware of the fact that because of my platform, the majority of my listeners are white, straight, and liberal.” In some ways, he sees this as a chance to be on the front lines breaking down barriers.

“For some listeners I might be the most vocal queer or black voice in their everyday lives,” he says.

Sanders welcomes the responsibility that comes with that role, because his passion for the news, and for radio, stems from a love of conversation. He’s quick to add, though, that the one-way nature of hosting a podcast, especially when the majority of your listeners are not necessarily walking through life in your shoes, has its pitfalls as well.

But Sanders doesn’t shy away from engaging with his listeners, whether they’re calling-in to provide a hot take, or writing letters and emails as a way of taking part in the conversation. 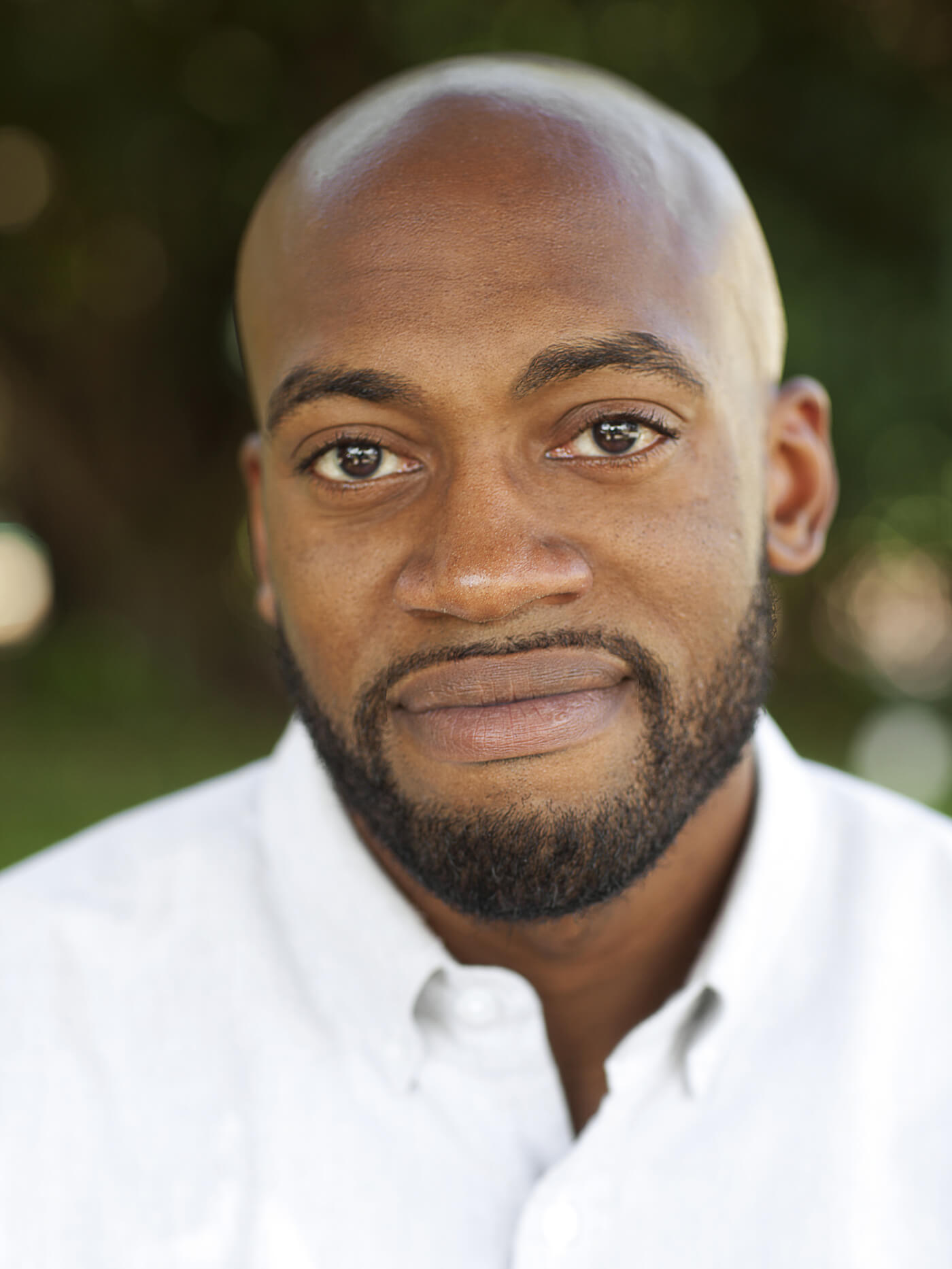 “There have been times when white listeners have presumed to school me on what racism actually is because they didn’t like my take on an issue, or felt that perhaps my perspective wasn’t inclusive of a broader, more universal perspective,” he says.

“And sometimes I’ve addressed it on the show.”

There’s bravery in his willingness to engage so thoroughly, and so publicly, but Sanders does have limits. The intimacy generated between a good radio host and their listeners can sometimes facilitate familiarity that doesn’t really exist. Audience engagement regularly veers into questions about his dating life, or his family, crossing a boundary Sanders works hard to maintain.

“If I make a side comment about the fact that some people are perfectly happy being single, the next day I’ve got an inbox full of emails from listeners telling me not to give up hope.” He laughs. “It’s kind, but it leaves me wondering if they’re really listening.”

He’s glad for the relationship he’s built with his audience, and grateful for its role in his success, but in caring for himself, Sanders feels it’s important to keep his private life private. And it’s a fair line to draw across the sand: these things are not the subject of his show, nor are they the reasons he became a journalist. And it’s reasonable to consider whether or not listeners might be so concerned with his personal life if Sanders were straight and white.

But still, the thing he loves most about his audience is the level of engagement. In a politically tumultuous climate, and as a queer person of color and public figure, there are days when the show serves as his own source of optimism — the result of a tone which, as the host, he works hard to set.

“I try to host a show that listeners can depend on for great conversation, quality entertainment, moving stories, and hopefully they walk away with a slightly clearer path forward.”