My heart sank when I learned that Stan Lee passed away.

The man behind Marvel was 95 and we all knew that although he seemed larger than life, he was human. It wasn’t a surprise that he passed away. The surprise came in the realization of how much he meant to me.

I was seven years old when I bought my first comic book. In a clear ziplock bag, I carried the quarters I had been saving for a week. My neighbors were going to the comic shop in the mall and I couldn’t wait to join. We dug through back issues of the Fantastic Four and Batman, slogged through countless Death of Superman issues in protective black bags, and tripped over swimsuit issues with busty heroines and oiled up muscle men.

Finally, there it was. A new issue of the Uncanny X-Men: Issue 292 with Colossus, Jean Grey, and Cable on the cover. Every Saturday, I watched the X-Men animated series and I knew most of the characters. I told everyone my favorite character was Wolverine, but it was Jubilee. She had dark hair like mine and similar skin color and I wanted my little boy body to grow up to look like hers. 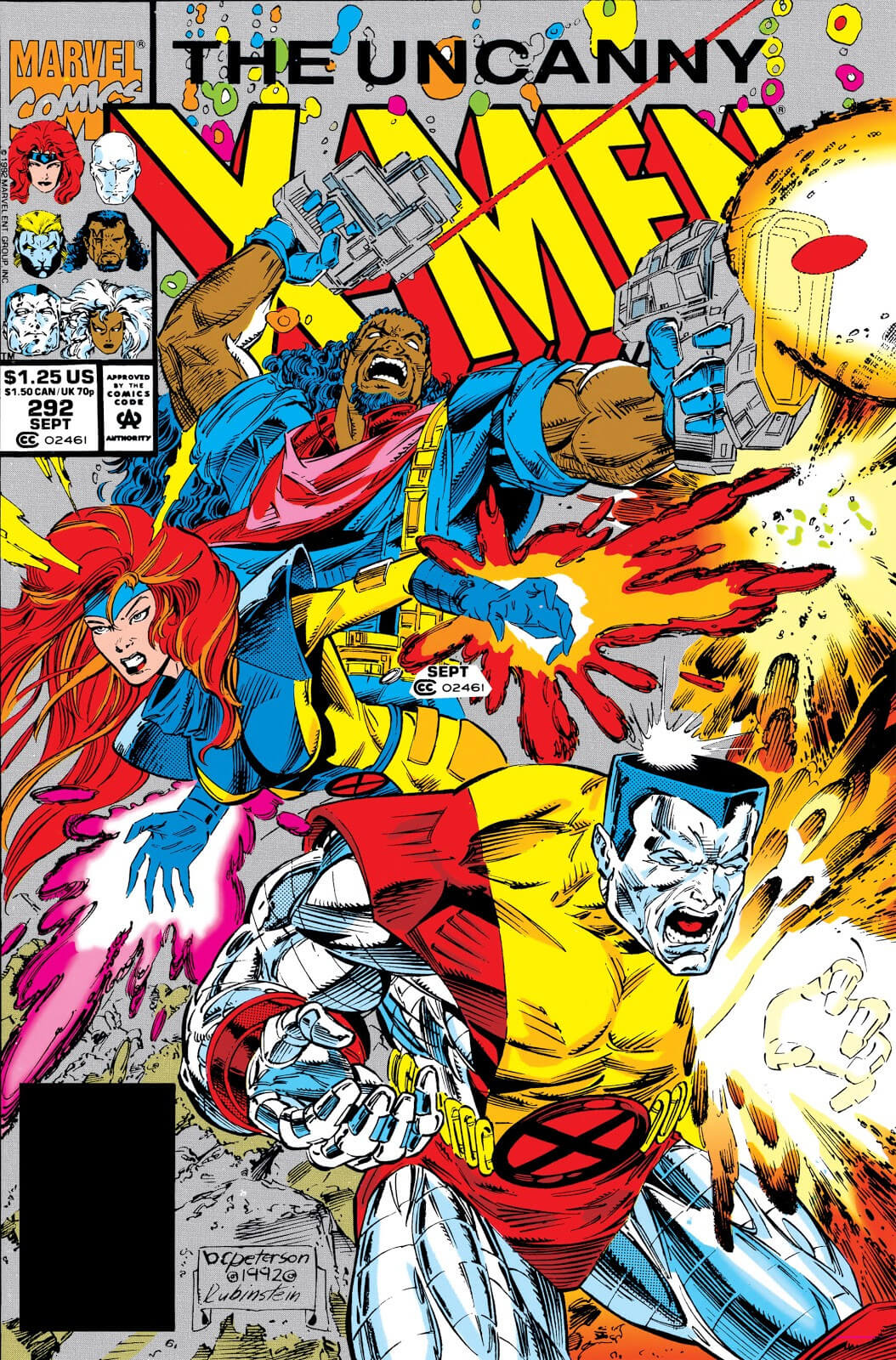 Jubilee was an outcast, a mutant. She wore yellow gloves to match her yellow trench coat and blue and red mirror framed glasses. She had the ability to shoot pyrotechnic plasmoids from her hands that looked like fireworks. I wanted to emulate the queerest most feminine character I could find. Watching her story was my escape.

Jubilee and I both had difficult relationships with our parents and behavioral issues with authority. We longed for a father figure, which Jubilee found in Wolverine. Although one of us was fictional and a mutant, we both possessed very human traits. We both had flawed childhoods and broken families. We both had secrets.

This was what Stan Lee introduced to comic books: Humanity. He replaced the perfect superhero character with flawed human beings. Characters like Spiderman, who was a kid trying to make sense of powers he never asked for. “With great powers come great responsibility.” Deep in my psyche is the image of Peter Parker’s expression, crying after he learns that Uncle Ben had been murdered and he had the chance to prevent it.

The characters that Stan Lee helped create, like Peter Parker, the original X-Men, and the Fantastic Four, shared that common sense of humanity. They were flawed and carried a sense of innocence and wonder. As a queer person, this was taken away from me; that feeling of excitement, when you know there is so much wonder in the world and so much to look forward to. Being forced to hide who I was for so long, it’s something I’m still working to regain today.

In 2017, I started a queer safe space called Comic Girl Coffee in Charlotte, NC. The reasoning was that comic book characters were becoming more inclusive and diverse and zines are a great way for anyone to self-publish their own work. Another reason was that I wanted to recreate the innocence and wonder that Stan Lee brought to my life.

I wanted to recreate the feeling I felt when I saw the heavily inked version of Stan Lee drawn in the back of a comic book answering fan mail about the Hulk as if he were a real person; ending every sentence with ‘Nuff Said. Stan Lee wouldn’t care that I was transgender if he was OK with a man growing seven feet tall and turning green. At least this is what I assumed.

I have no idea who Stan Lee was. I don’t know anything about him except what’s written in his biography. I was devastated in April 2018 when he was accused of sexual misconduct by a massage therapist. My feelings for him align more with the persona making cameos in Marvel blockbusters than the actual human being.

When he passed away, I was sad that Stan Lee the human being with a family passed away and felt for all the people who know him personally. I feel an overwhelming feeling of loss looking back at how much I relied on the Marvel Universe as an escape. I hadn’t realized how much of my life, thoughts, and feelings were shaped by him and his creations.

The times where I snuck out of my parents’ house and walked across town to buy the latest issue of Uncanny X-Men. The moments where the Spiderman theme song will randomly play in my mind to distract me from a traumatic memory. Those moments climbing a tree, pretending I was Spiderman hoping no one would find me.

His creations were my comfort. I could slip away into the Marvel Universe where being different meant you had a superpower. You were special. A hero. Instead of living the reality that my life is much harder because I’m queer. Where being different can put you in danger. 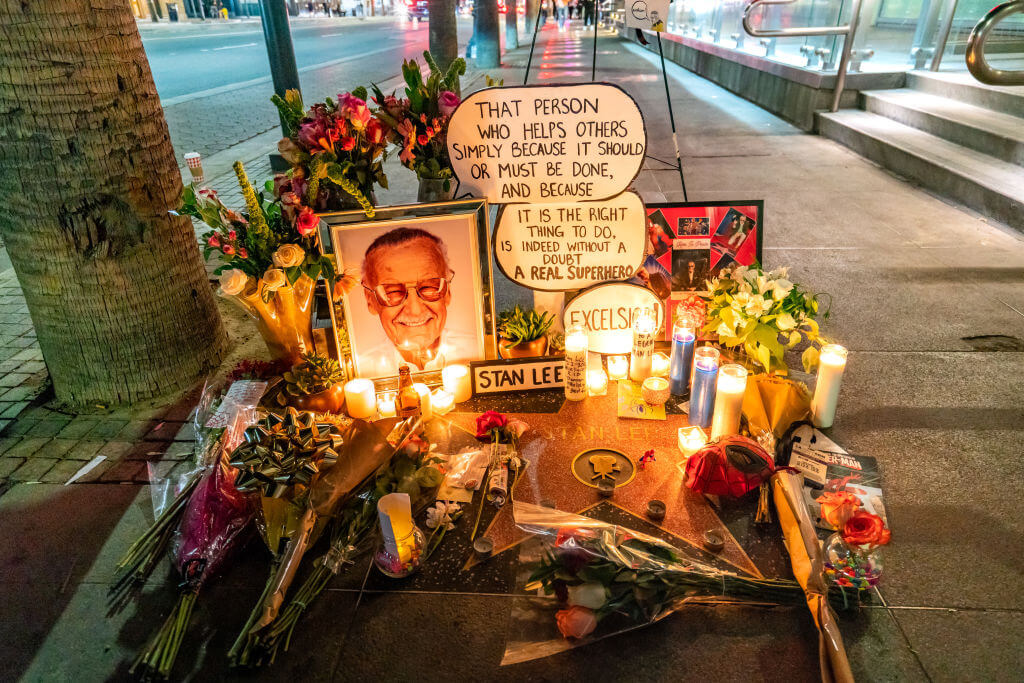 Now that Stan Lee is gone, it’s time I found comfort on my own. I have to find those feelings of innocence and wonder without Stan Lee and the Marvel Universe. I have to realize my own superhuman strengths and save my own world from injustice.

“One of the reasons I came up with the X-Men was to, in some subtle way, let the readers know that, there’s no such thing as somebody who’s bad just because he or she is different,” Lee once said.