Season 2 of GLOW dove into the lives of its leading women with even more precision than before, taking time out to explore each wrestler’s story outside of the ring. However, the Glorious Ladies Of Wrestling weren’t the only ones to enjoy the spotlight this time around. Despite being labeled as merely a recurring character, TV producer Bash Howard also wrestled with his own personal demons in a big way this year, hinting at a remarkable evolution for his character in Season 3.

In Season 1, Bash’s only struggle revolved around money, because he lost out on his assets after spending too much on the GLOW project. However, his journey took a surprising turn early on in the show’s sophomore season when best friend Florian went missing. A subsequent search led Bash to a gay bar where he temporarily freaked out after a cute guy hit on him. Although some viewers may have interpreted this as just homophobic, the truth of the matter soon became clear when a nurse called Bash to tell him that Florian had “technically” died of pneumonia and that funeral homes might not accept the body.

Even though no one explicitly uses the word, it’s clear that Bash’s companion died of AIDS. This loss devastates Bash, leading to a painful withdrawal from those around him. While the death of a close friend would be tough for anyone to bear, the circumstances that surround his death hint that their relationship went beyond any kind of platonic love. 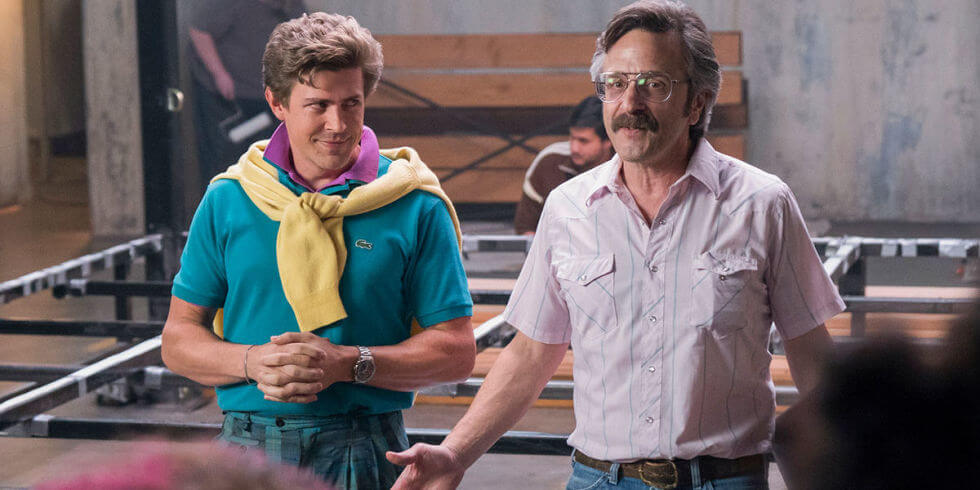 During an interview with TVLine, actor Chris Lowell applauded how the writers “were able to deliver such a blow” so subtly, instead relying on context to reveal that Bash harbored romantic feelings towards his friend. Hints that their relationship may have developed into something more were briefly touched upon in Season 1, but it’s the moments where Bash breaks down by the pool or flexes his muscles in front of a secret homage to wrestling that his sexuality is most clearly brought into question.

However, just like the show itself, Lowell and his fellow GLOW stars never explicitly label Bash as gay either, instead discussing the surprises that lie in store for his character in Season 3. While talking about Rhonda and her marriage to Bash, actress Kate Nash told Digital Spy that “it be will be interesting to see what happens when she finds out about Bash’s sexuality.” In the same interview, co-star Britney Young also touched upon these developments, explaining that “Carmen wants Bash to be 100% truthful for himself. Whatever that means for his sexuality.”

Even though Bash seems to be in a perpetual state of denial, it’s his visit to the gay bar that begins to chip away at him, breaking down the walls he must have first built growing up in a Republican household. This all leads up to those final scenes with Rhonda, where Bash proposes marriage out of loneliness and a desire to help.

Although Bash did marry Rhonda in order to prevent her from being deported, his sudden proclamation of love didn’t quite ring true and by the end of Season 2, there are still unresolved issues regarding his relationship with Florian. Actor Chris Lowell believes that this knee-jerk decision came from a place of doubt and confusion: “Bash doesn’t know how to feel about all of it. He feels terrified and ashamed and scared and panicky.” 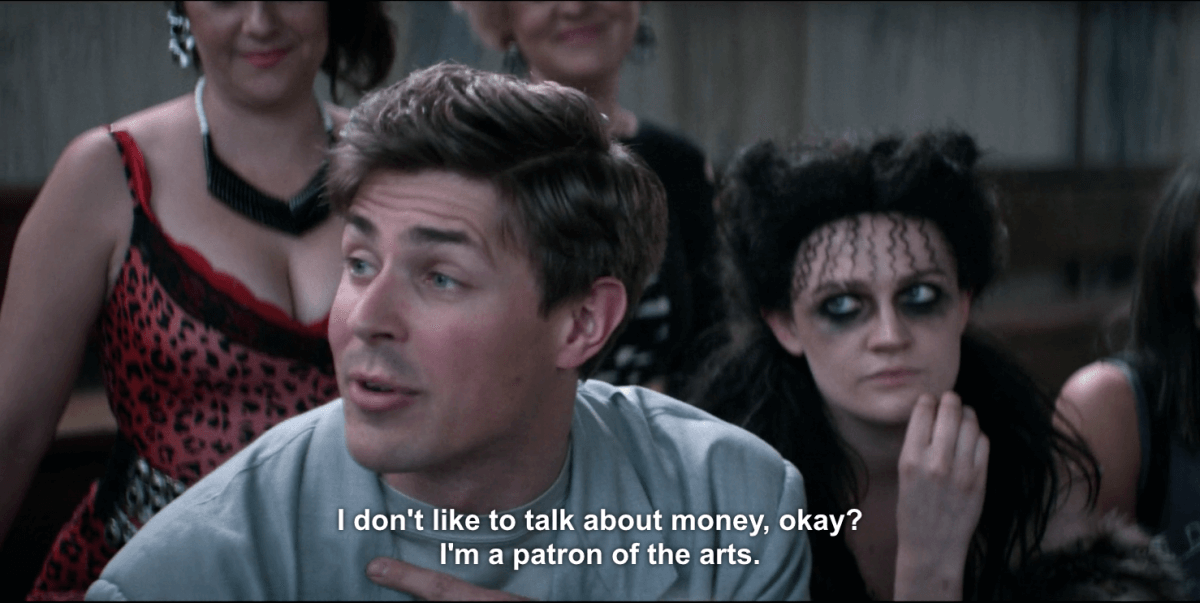 The consequences of this will undoubtedly become a focal point for Bash’s character in Season 3, but what’s still not clear is the exact nature of his sexuality. Much of the discussion surrounding Bash so far has assumed he’s gay, but there’s no reason why he couldn’t be bisexual either. After all, he has flirted with girls in the past too. Yes, he also wouldn’t be the first gay guy to suppress his feelings towards men by making sexual advances towards women, but it’s entirely plausible that Bash’s sexuality is more fluid than people assume.

Does this mean that his marriage to Brittanica could work out in Season 3? Probably not. Bash and Rhonda share zero romantic chemistry, but there’s still a chance that he could find happiness further down the line, assuming of course that he can overcome the intolerance that still plagued queer people in the mid-’80s.

The scene where Bash deep cleans his house in fear of catching AIDS is a sobering reminder that this was a difficult time to be out and proud. However, show creators Liz Flahive and Carly Mensch have openly stated that they’re “trying to tell a pretty complicated story with Bash” and the newfound love between Arthie Premkumar and Yolanda Rivas has already proved that LGBTQ characters can find happiness on GLOW.

Whether he’s gay or straight, bisexual or asexual, let’s just hope that Bash finally embraces his sexuality and learns to love himself as much as he loves the art of wrestling. And who knows? Maybe he’ll even feel comfortable enough at some point to invite a future boyfriend backstage to show off some moves of his own, away from the camera.