Over seven years, British band Hurts have been on one heck of a musical journey. Their debut album, 2010’s Happiness, was filled with effusive and double-edged pop songs that journeyed into the gray areas of life.

With their second album, Exile, things took a darker turn; the music represented the exhaustion, exhilaration, and self-doubt that comes from achieving success. Moving out of the darkness, however, the band returned in 2015 with Surrender, which showcased a dancier side of the pair’s synth-laden sound. Still though, darkness permeated under the surface of the songs; with every moment of sunshine, there was still a faint hint of cloud.

It’s not a surprise, then, that with their latest single, “Beautiful Ones,” the band seems to have found neutral ground. More akin to their earlier stuff, there’s euphoria to the new track that bridges together all their past material. Instead, the darkness is found in the visuals. The video is an optical assault that tackles identity, masculinity, femininity, and the human condition. It’s uplifting but real and disturbing.

Grindr caught up with Theo Hutchcraft, the band’s lead singer, to chat about the track and to discuss the powerful video. 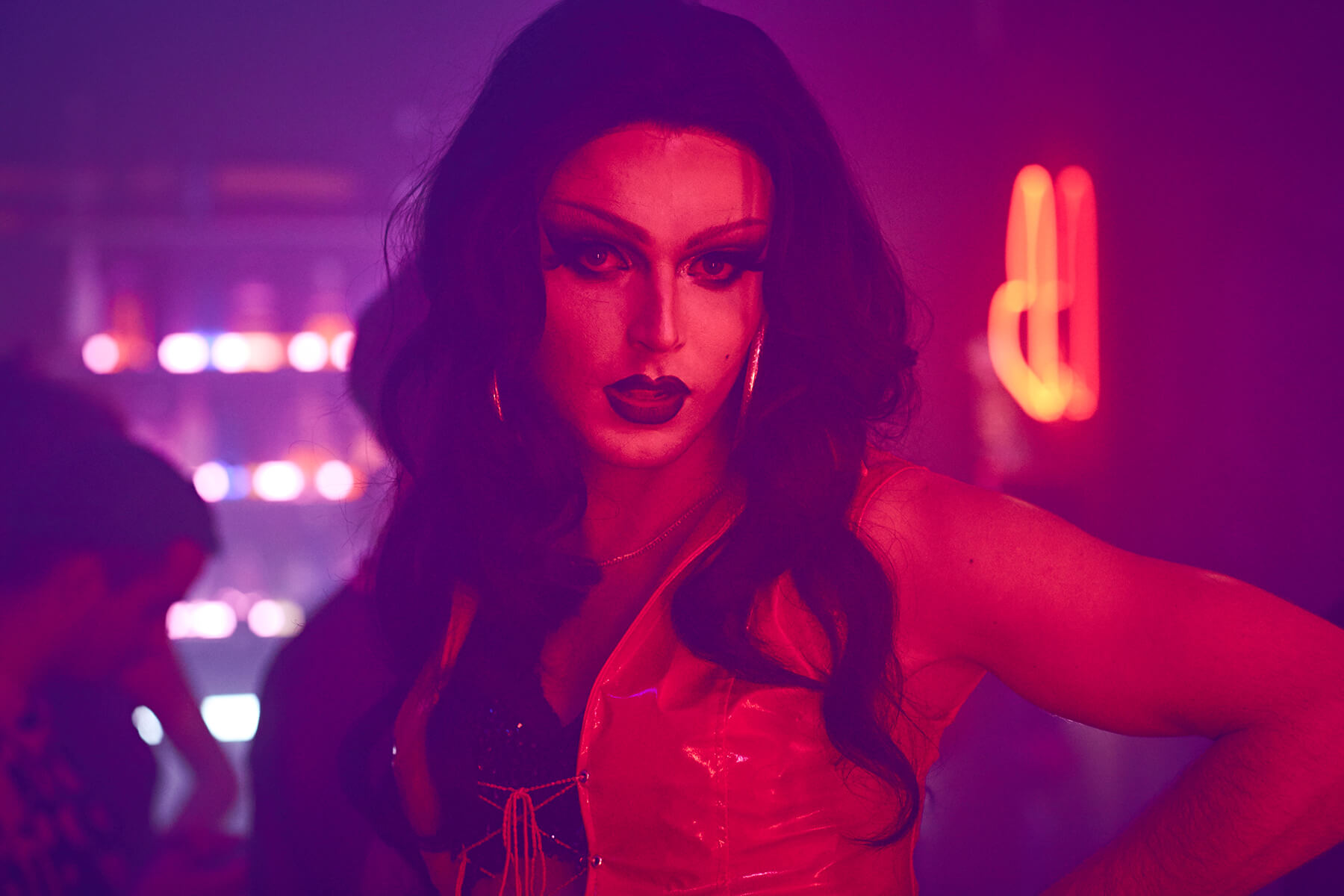 Grindr: Hi Theo! I want to talk about “Beautiful Ones.” It feels like the song is probably the most pop that you’ve ever sounded.

Theo: I guess it’s a big, bold pop song. It’s kind of a distilled version of what we love to do anyway, and we felt, when we were writing it, that it had an emotion that we hadn’t really captured before. It’s just joy and passion; it’s something that felt really exciting to do.

You’ve just announced an album, but the track feels quite stand alone.

The music has come together quite quickly. We’ve not been away for that long. We started working in the studio, and stuff just started to happen really quickly. We got lots of really good stuff, so that’s why we felt like we’d just put this song out and keep going. 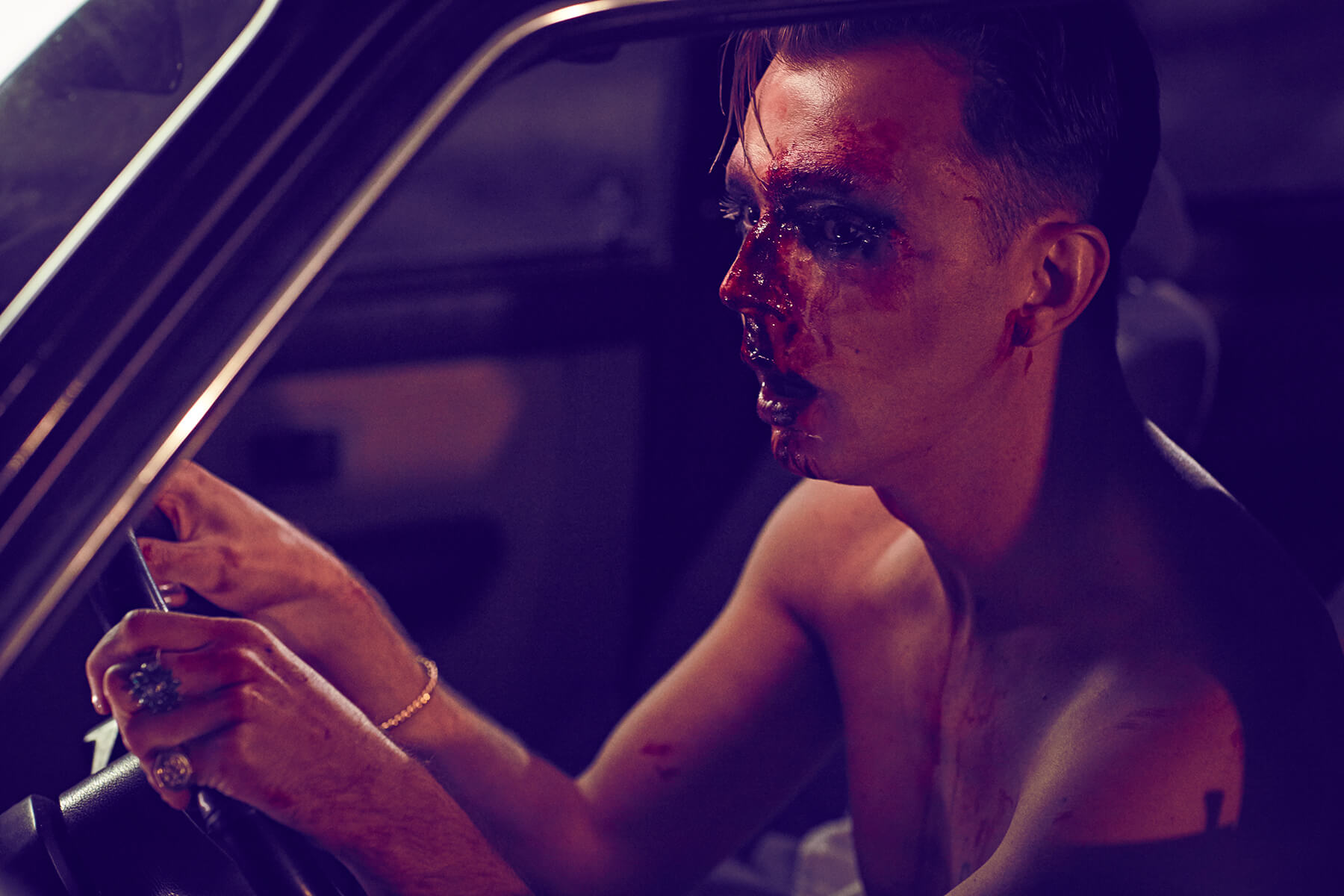 It’s always pop music, you know, but it feels like we’ve tried to transcend all three of the previous albums. We’ve taken something from each one, and that’s what’s quite nice at this stage. We’ve tried so many different things before, but this feels like it touches upon the good moments from the last three.

Your music feels like it explores the gray areas of life, why is that?

It’s at the heart of who we are. We always feel like we’re learning. Every time we write music, we feel like we’re getting better at it. We started from this point of going with our instincts, but as we’ve gone on, and we’ve learned how to express ourselves better, it feels like the music gets better. It’s nice that it’s coming across.

We need to talk about the video. But firstly, I want to talk about nightclubs. They’re somewhat of a recurring theme in your music videos — in the “Lights” video you’re in a club and in “Beautiful Ones,” too. It feels like we’re in a crisis at the moment where nightclubs are closing.

I wanted to get your thoughts on what it is about “the clubs” that inspires you and is so important for you?

For me, there’s a great romance to them. It’s hard to work out whether it’s nostalgia or if it’s something else, but I feel like, when I was growing up, nightclubs were such a mystical thing. There’s a real magic to a nightclub where it feels like everything is possible. You see a great side of humanity in clubs, which you get at festivals, too. It makes you wonder sometimes why people don’t act like they do at clubs when they’re on the tube. It’s probably because they’re not drunk or high, but there’s an essence in clubs, there’s a sense of community. They bring people together. They make for great videos. But they’re used in two different ways in both those videos. In “Lights,” they’re used to show how anything can happen in a nightclub; it’s that weird adventure that you go on when it’s about to close. I used it in a very romantic way. Then in “Beautiful Ones” it was meant to show that sense of love and community that people find. Yeah, the outside world can be very different, but in those spaces, it’s a utopia. For some people in certain situations, the club is the only place that they can go and be themselves, and it’s a magical space for that. 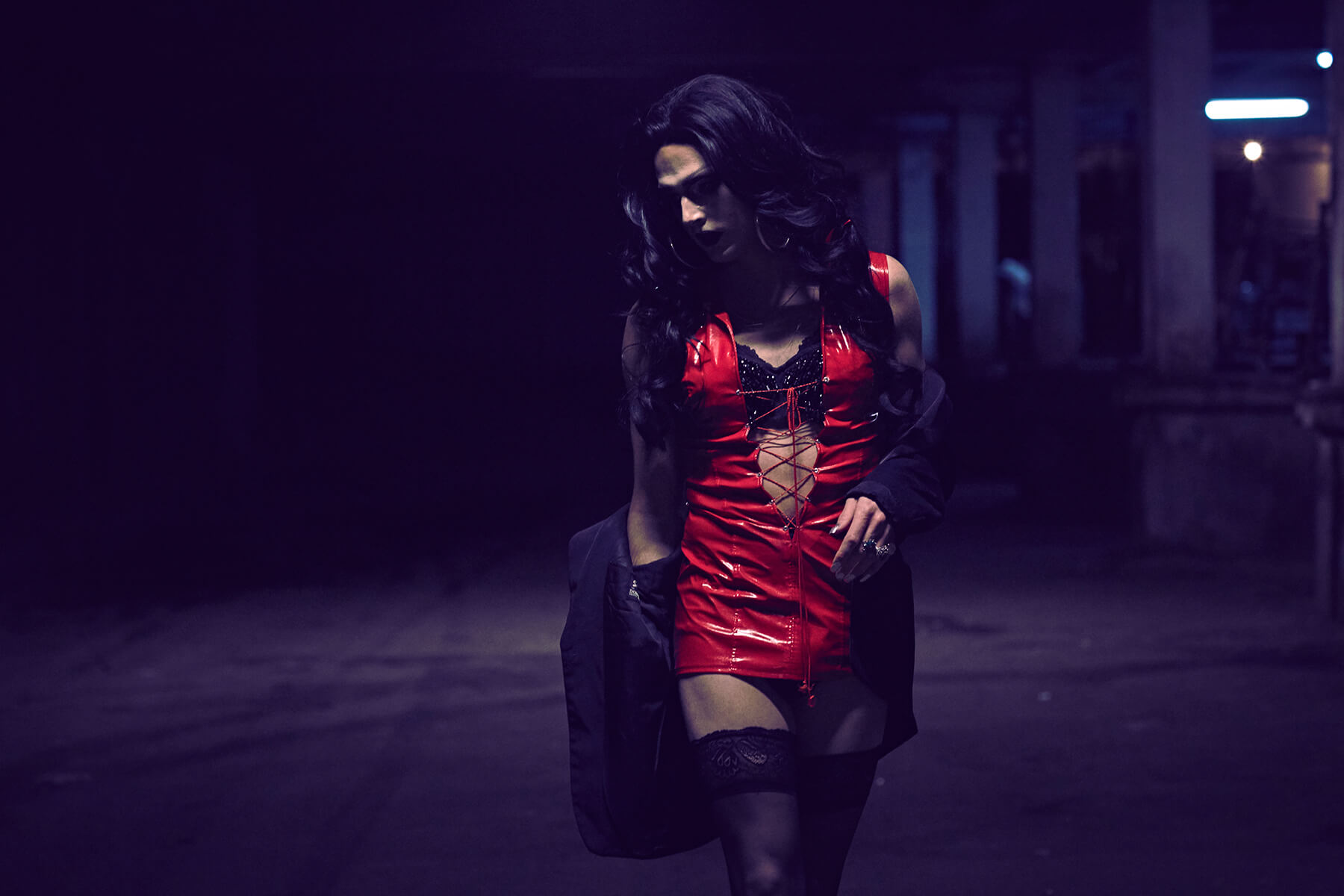 Is that partly why you felt that telling the story of the video was so important now?

I just felt that the song lead it, really. We’re often outsiders. A lot of the friends I have are on the fringes of society, and a lot of fans we meet feel like they’re outsiders, or they identify with that. But a lot of people don’t quite have the confidence to show that side of themselves, and that needs to be encouraged because that’s what makes people brilliant. There’s such an intensity to the song that we needed to show how important that personal liberty is. The most important thing for everyone to remember is that, for some people, it’s not that easy. For some people, just to be themselves like everybody else can be hard. Some people leave the house and they’re frightened; they feel like they can’t live their lives. It’s important to emphasize how important of a thing it is, that freedom to be yourself.

It must have been quite an intense and hard experience shooting it.

It was equal measures very fun and a great experience, but there were definitely moments of it that were very difficult. Not only for me to do, but for the crew watching and all that. We obviously shot the video forwards, so I spent half the time in the club having a great time all in the outfit. Then, as the night wore on, you felt the journey happen. It was emotional. But it’s a difficult balance to find, you know, because the most important thing was that I wanted it to be respectful, and that was the work. It was tough, but I’m happy that it seems to have touched people more than I thought it would.

A lot of acts might shy away from putting themselves in the position that you did for the video. Why was it important for you to portray that character?

It’s for those reasons, really. Provided I was able to pull it off and do it, which was a big task in itself, I felt that it was more powerful and important to come from us. It would distance it too much to get an actor in; it kind of feels like it’d be an easy way out.

But you hadn’t done drag before, right?

It was fascinating for me. My friend who’s a stylist and has done a lot of our videos, Alex Noble, was instrumental in it. He’s made drag outfits before; he has friends who do drag. But it was really fun. I wanted it to be real, you know. It had to be something that a drag queen could see and go, “Fuck, he looks amazing.” The process was fun, though; it was two or three hours in makeup, and when the outfit and wig go on it’s very interesting to look in the mirror and see someone that doesn’t look like yourself. It was a new person. It also compounded my love and respect for drag performers. I’ve always found drag so powerful and rebellious and strong. There’s something about drag queens that is really special. Just to confront people’s prejudices in such an intense way is exhilarating. When I was 6 feet 7 inches tall walking around in those heels, I realized how much courage it takes to do it. But the whole process was very enlightening. Drag is like performance art. It’s a lot of things at once — drag queens do their own makeup, which is like art, often make their own clothes, and they become somebody else. It’s fascinating and I love it. 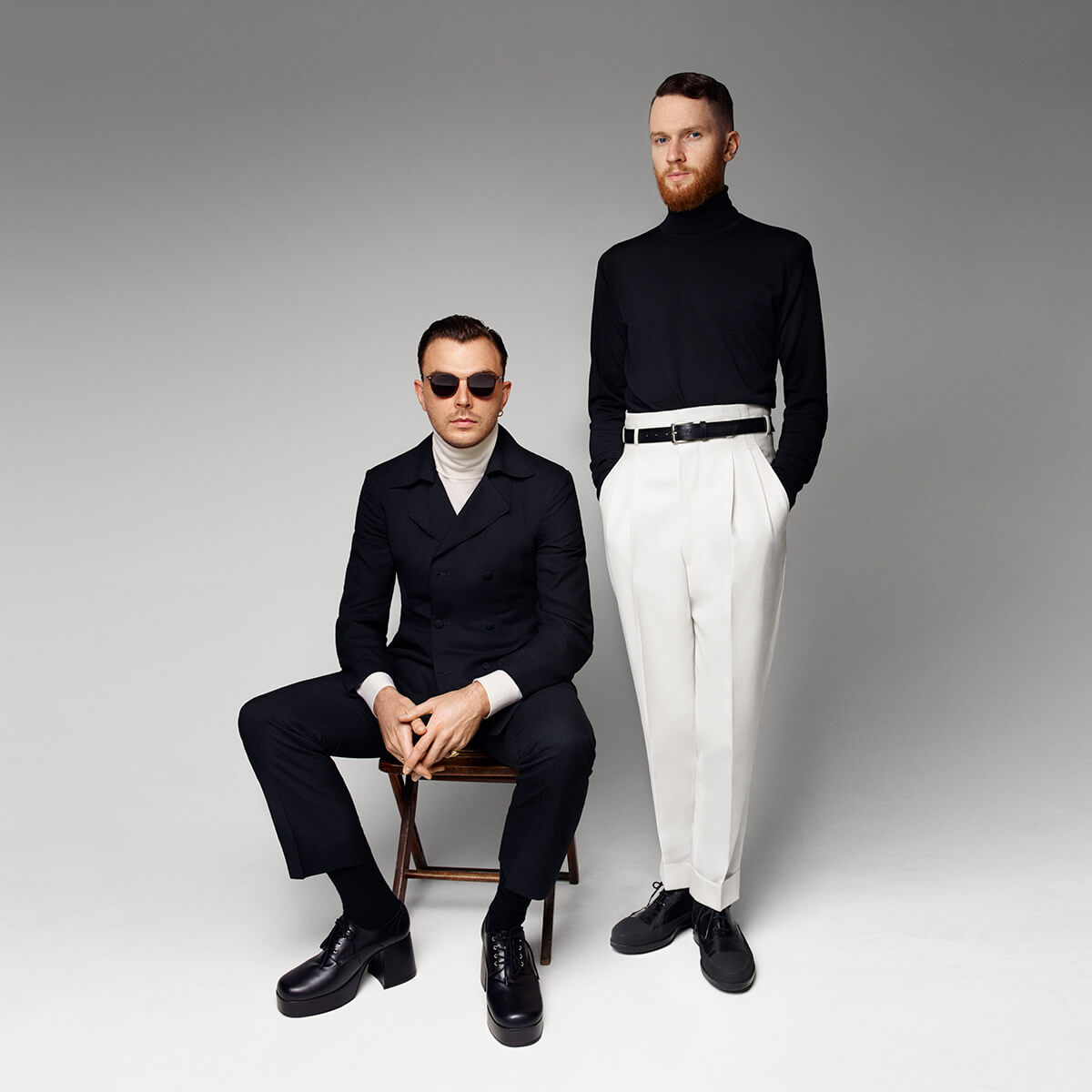 Did you practice in the shoes?

I had to practice walking around the house, making my dinner in them and stuff. They were intense. I had to sprint in them as well, which was a task. My female friends said that there was no way that I was going to be able to sprint in them. But I had to walk around my house in those big white stiletto boots for a week before. It was very fun.

So, if you go out on tour, I assume that you won’t be wearing a red PVC lace up and heels?

[Laughs] No, I wouldn’t be able to navigate the stage in the heels. And I don’t think doing it in flats would do it justice.

“Beautiful Ones” is available now. Hurts releases their fourth album, Desire, on September 29.