“Because it’s hard to find representation of happy queer love in popular media,” she told KQED, “we need to create them in our own imaginations.” 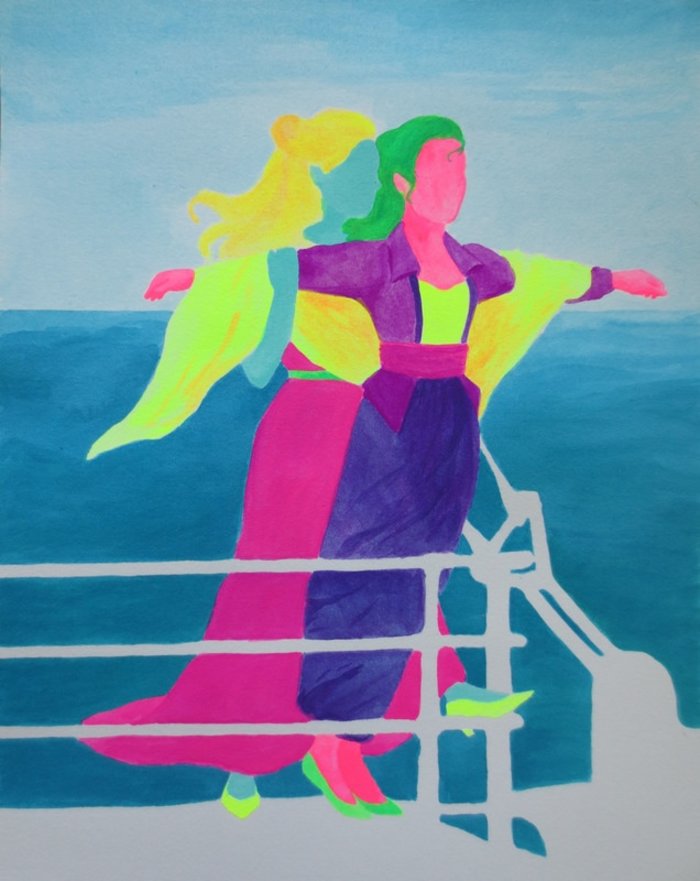 “Queer Movie Stills,” currently on display at Spike’s Coffees and Teas in San Francisco, are colorful Warholian-meets-Monet illustrations of iconic scenes from popular romance films reimagined with two female leads. Like the poster image for The Notebook, where Rachel McAdams straddles and kisses Ryan Gosling in the rain. In Vielula’s version, another woman holds up McAdams’ character.

For her interpretation of Say Anything, the artist portrays John Cusack’s lead as a curly-haired woman romantically thrusting her boombox to the sky.

Her personal favorite is a kiss shared between two women, mimicking a romantic moment from Dirty Dancing.

Vielula told KQED she was inspired to create the series in 2017 following a barrage of negative portrayals of LGBTQ relationships on-screen, as well as her own happy lesbian relationship. That optimism shines bright in her work, not only in the all-female reboot-style images, but in the actual neon colors and lurid aesthetic. 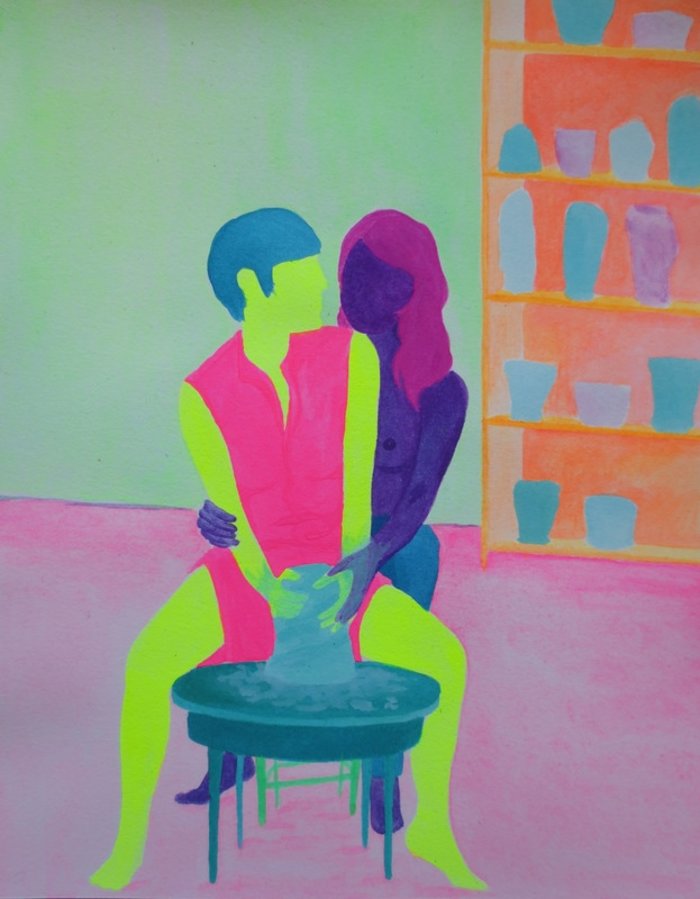 Upon noticing that many queer female narratives end in tragedy or breakupshe gave the example of Blue is the Warmest Colorshe wanted to find a narrative that mirrored her own experience as a queer woman. So, she created it.

Vielula wants to recreate the narrative with the intention of “changing the world in the way that you would like to see it, rather than maybe how it is right now.” The artist also noted that the images’ departure from realistic color schemes was intentional, and meant to reflect the opposite of what we’re typically fed in on-screen narrativesin her words, all we see is “white people in straight relationships.” Vielula said, “I wanted people to be able to imagine themselves in itnot specific to race.” 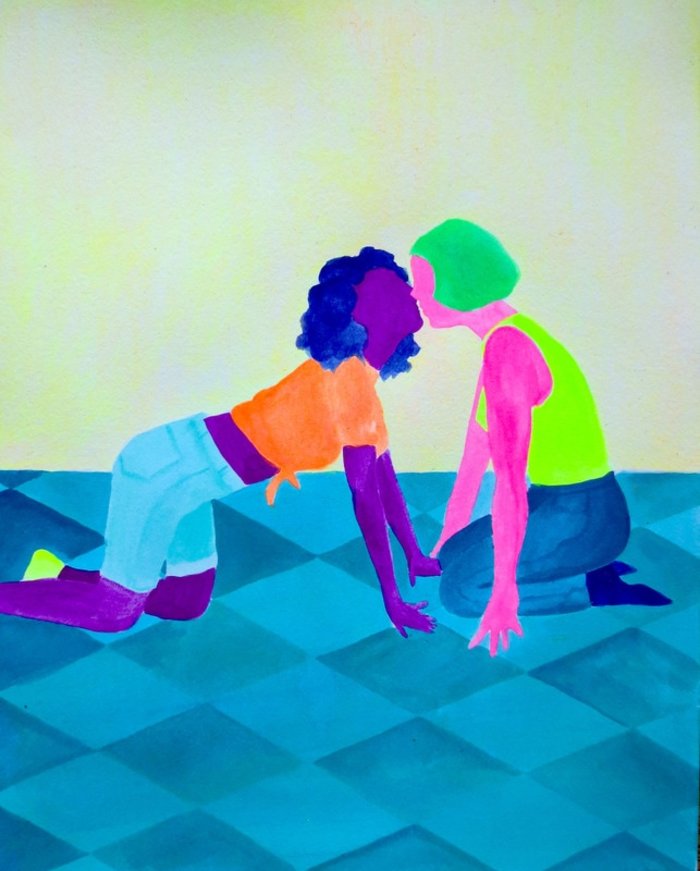 Her inclusive work is an inspiring and important commentary on the current state of LGBTQ representation in media. While queer storylines are becoming more commonplace, they’re often still riddled with stereotypes, harmful tropes, and painful endings. Vielula’s work is a call to arms to Hollywood’s finest: Let’s start telling queer stories the way we tell heterosexual stories. We need a larger breadth of queer storytelling, and that includes an increase in happy-ending, queer rom-coms like Imagine Me & You or D.E.B.S. LGBTQ people deserve to see themselves represented on-screen, and not just in our painful coming out tales or fights against discrimination (which are undoubtedly vital). We also lead happy, full lives, and it’s time we saw those narratives reflected on-screen, too.