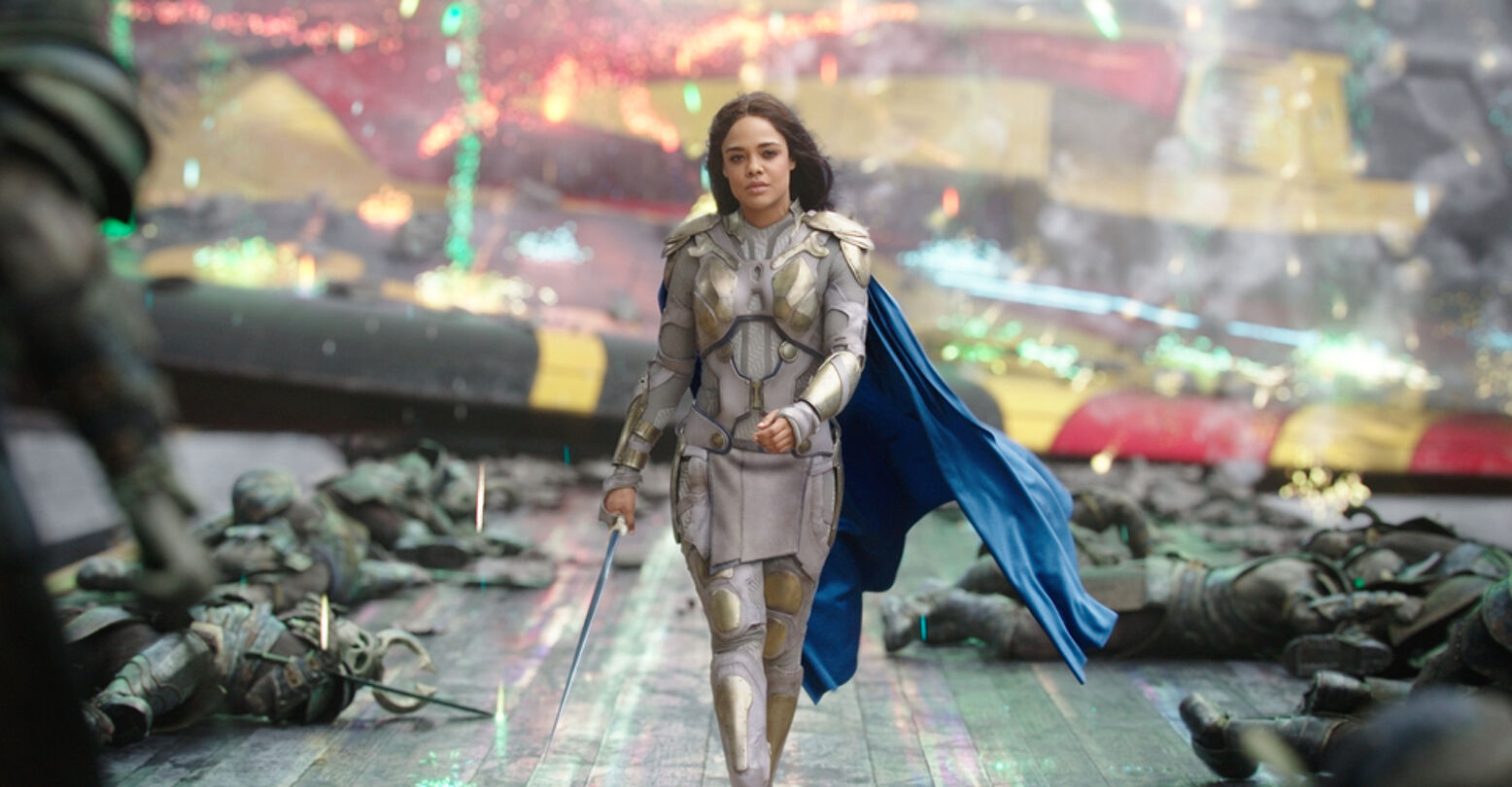 I must say, I enjoyed Thor: Ragnarok way more than I thought I would.

Some may not find that all surprising, but I did, mostly because I had become bored with the Thor franchise. Yet, there are plenty of reasons I found the movie quite enjoyable: The humor. Hulk and Thor’s bromance. The inclusion of Taika Waititi as Korg. The film’s surprising stances against imperialism and colonialism. And most importantly, Tessa Thompson’s portrayal of Scrapper 142, also known as Valkyrie/Brunnhilde.

Valkyrie’s introduction marked the appearance of the first Black femme lead character in the MCU films. And considering how long these films have been around (since 2008), it was long overdue. But it was a win anyway and nerdy Black femmes everywhere celebrated in jubilation.

But unfortunately, like some poignant Fullmetal Alchemist quote that stresses the existence of “equivalent exchange,” it was not long before our parade was rained upon by people who’d willingly or unwillingly rather die than see Black femmes prosper.

The most egregious example of this “parade-raining” includes Thompson’s Scapper 142/Valkyrie character being deemed “male-coded” by some Italian blogger (and presumably, a Cis White straight woman) called Silver Loreley.

Now, this is not the first time that the character has been the subject of anti-Black woman and transphobic rhetoric. A couple of weeks prior, Sally_Goodger tried to make a joke (which she has since deleted and apologized for, I guess) about how the cast of Thor: Ragnarok was more attractive than Blake Shelton (who had recently been declared People’s Sexiest Man Alive), but since White people can’t be “funny” without punching down on someone, she basically ended up calling Thompson/Valkyrie a man.

These two instances are both fairly dangerous due to the obvious misogynoiristic undertones behind such coded language (because Black women have always been believed to be more “manly” than other womenthink Venus and Serena Williams). However, Loreley has Goodger beat on the misogynoir and anti-queer scale for the following reason:

1. Her “male-coded” argument is hypocritical and racist if you compare Valkyrie to other, non-typical female characters in the MCU like Jessica Jones. 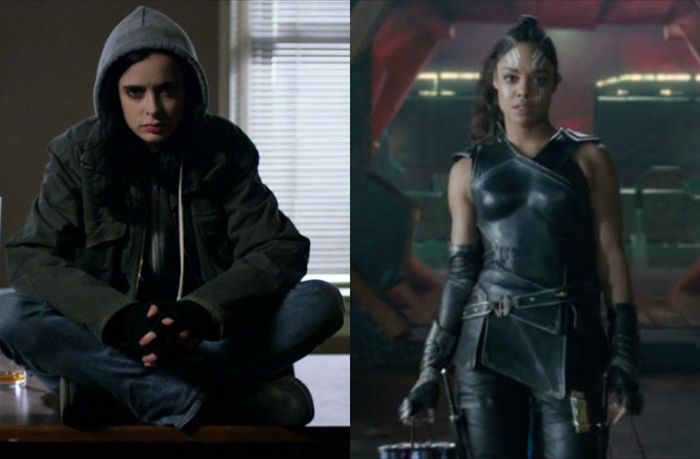 I have issues with Marvel and how they treat their female characters in general, but at their best, Marvel likes to craft female heroes that may not act like the “typical” woman, but are women regardless (because there’s no right or wrong way to be one).

Valkyrie falls under this same pattern. Instead of being reduced to a static, unremarkable love interest, she is portrayed as a war-weary, ex-soldier who suffers from PTSD and is the last remaining member of her former squadron. And it is implied that she has a tragic love story (aka a fridged lover) featuring another queer woman.

All of these things make her a dynamic Black femme character, especially in a world where we usually have to choose between being desexualized, hyper-sexualized, or omitted entirely. But Loreley instead argues that these attributes make her a “tragic male character” and therefore make her “male-coded,” because she doesn’t display “typical” feminine “behaviour, gestures, [or] way[s] of speech”.

The funny thing about this facetious and malignantly erroneous argument is that if you are to declare this about Valkyrie, you must keep this same energy when discussing Jessica Jonesmostly because she shares the same damn traits.

Mind you, Jones isn’t the only example of another character who could be called “male-coded.” Black Widow shares this distinction in that when her characterization is not getting fucked over by Joss Whedon’s fetishization of her, she is often portrayed as blurring lines along the gender binary. She plays with gender presentation a lot, most notably in her introduction in Iron Man 2 as flirty and sexy assistant to Pepper Potts and potential love interest to Tony Stark AND her confrontation with Loki in The Avengers where she subverts his interrogation (and denigration) of her and his disdain of her womanhood (re: “mewling quim”) by using her perceived “weak” tears to bait him into giving up a key part of his master plan. Her propensity to fuck with people’s gender expectations while seamlessly fitting in with The Avenger’s overwhelming male squad has convinced fans with a base misunderstanding of gender and sexuality that she is simply “a dude with boobs,” but it’s much more complex. Her gender expression is another weapon in her super-spy arsenal and she wields it as such.

Jones isn’t as calculated with such expression, but it just as subversive (as is Valkyrie). Like Valkyrie, Jones’s number one coping mechanism is alcohol. She is “war-weary” in that she has no interest in returning to caped crusading. She has immense PTSD from the coercion and assault (sexual or otherwise) that she suffered at the hands of Purple Man (her abuser). And sure, maybe she doesn’t have an outright fridged lover like Valkyrie does but like, she does fridge the Black femme lover of her future Black male loverwhom she stalks first and feels really shitty about later. That’s got to count for something, right?

Snark aside, in alternate universes and with a few tweaks, Valkyrie and Jones could be the same character. So why is it that Valkyrie is the only one here being called “male-coded”? If you guessed anti-Black racism, misogynoir, and queerphobia wrapped in one combo with a side of diet coke, you’d be correct!

Now, I know what you’re thinking:

Clarkisha, I get how it can be racist and even misogynistic against Black women, but how is it queerphobic?

2. Loreley’s conflation of “complex characters” auto-translating into a “male characters” enforces the belief that queer characters (specifically femmes of color) are not suitable as lovers or love interests unless they are presenting themselves in a certain way. 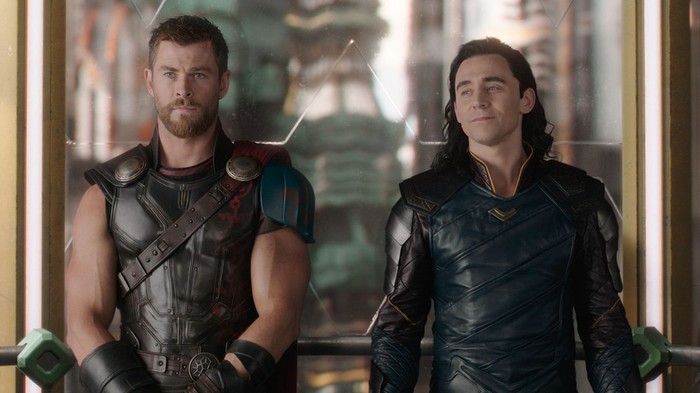 In light of Valkyrie being confirmed as queer per Thompson (and canonical history), calling her “male-coded” shines a light on the kind of vitriol and disdain that queer (and trans folx)specifically queer folx of colormay face if they refuse to present in a certain way in regards to gender.

With Valkyrie already being seen as “male-coded” due to societal attitudes against Black femmes, this issue becomes even more complex when factoring in her bisexuality (because bisexual folx are forever challenged on their sexuality based on the gender of the partner they’re with at the time) and pondering how other queer characters are presented in comparison to Black queer ones.

Case in point: Loki is almost overtly queer-coded and seen as more feminine in comparison to Valkyrie. He fits the dangerous, queer (he is canonically bisexual) villain trope. He has a flair for the flamboyant. And most importantly, he is portrayed as more effeminate (and physically weaker) than his dude-bro brother Thorparticularly with his missing facial hair and his decision to reject the warrior life and follow in his mother’s footsteps in the ways of magic. All of these traits plus Loki’s appearance as a White-presenting alien make it so that fandom is more willing to accept the full spectrum of his queerness (and androgyny) and ship him with Thor as a potential love interest because he is seen as more suitable (re: feminine), even though they are literally brothers.

And while there is absolutely nothing wrong with Valkyrie’s presentation (she is perfect as is), fandom is letting their racism partnered with queerphobia fly high and proudly against her and using that as a reason to bar her from any potential relationship with Thor (or Loki) because she just so happens to not be performing her femininity as aggressively as Loki is. Or as aggressively as some other generic, White woman character might. Or in a way that they deem acceptable. While problematic, this response shouldn’t be surprising if we think about how queer femmes of colorparticularly darker onesare presented in romantic match-ups.

Fangirl Jeanne put it best when she noted how society genders members of same-sex and queer relationships in media, fiction, and fandom. Using notable f/f and m/m pairings like America Chavez and Kate Bishop, Korra and Asami, and even Finn and Poe, she elaborated on how colorism (and racialized fetishism) makes it so that the dark-skinned queer folx in these match-ups are more masculine and essentially presented as “the men” in these relationships. Which, of course, displays a blatant misunderstanding of queer relationships and relies too much on the already flawed concept of a gender binary instead of the notion of gender being, well, fluid.

And this is the uniquely embattled position that Scrapper 142 finds herself in. Her chosen gender, tenacity, complexity as a character alone should deem her worthy enough to be a protagonist, as well as a love interest and friend. But her race and her sexuality invokes age-olds stereotypes of ics and isms in White comic book fans and has fandom convinced that the aforementioned space warrior is just not woman or “feminine” enough.

Which, of course, is rather fruitless of them to believe, because not only is Valkyrie (and by extension all queer Black femmes who identify with her) more than woman enough and secure enough in herself to identify as such, but Thory’all’s favehappens to think so too. And so does [probably] Loki. And so does the GOAT Taika Waititi, who had homegirl busting a muthafucking Rihanna-inspired “Phresh Out The Runway” catwalk (circa 2012) down the Bifrost Bridge with good ol’ Dragonfang in her hand and her luscious brown curls blowing in the wind.

So, in short: you can kiss Valkyrie’s “male-coded” ass. Or admit that you hate queer Black women and go. Whichever happens first.