Do you miss Killing Eve already? Do you enjoy female characters with questionable morals and secretive pasts? If you don’t mind the subtitles, there’s a Nordic show called Stella Blómkvist that might just quench your thirst for sexually fluid women who find time to flirt in even the grimmest of situations.

Based on the books by an anonymous author (rumored to be a former Icelandic government employee) who goes by the pseudonym Stella Blómkvist, the series follows Stella (Heida Reed), a defense attorney whose seemingly simple cases tend to always take a turn for the worse.

Following a tip from yet another anonymous source, a murder case that should be as clear-cut as they come turns out to be a lot more complicated than Stella would like, as it traps her in a web of crooked government officials and a political conspiracy that continually unfolds at every turn.

Like Killing Eve‘s Villanelle, Stella is an imperfect character. She likes to drink, prefers easy money, and has few qualms about exposing the dirty secrets of the morally inept politicians she comes across. She has a dark past she won’t speak of and is armed with a reluctant, computer-savvy sidekick, and a sharp wit. Stella is also as sexually open a character as one could hope for.

While the primary storyline is interesting enough, it is the protagonist’s relationship with Dagbjört (played by Sara Dögg Ásgeirsdóttir) that truly steals the show — come for the plot, stay for the unresolved sexual tension. Their connection first begins with a tip from Dagbjört regarding certain government officials she works with and their connection to the murder of a young woman. From their very first meeting, it’s clear there’s an attraction there. Stella is flirtatious, and Dagbjört, though married, is definitely receptive.

The slow-burning tension between the two women simmers under the complex puzzle of interconnected crimes that are all too relevant in today’s political climate, and eventually bubbles to the surface in a steamy scene that takes place in a public bathroom during an impromptu meeting regarding their shared interests in the case at hand.

Stella’s sexuality is never addressed directly, which is a delight. To not have sit through an explanation as to why a woman who is married to a man would find herself attracted to another woman, or why a girl whose introductory scene is that of her in a sexual act with a man spends the remainder of the series lusting after an attractive older woman is such a relief. Sometimes hot people are just attracted to other hot people, and that’s explanation enough. 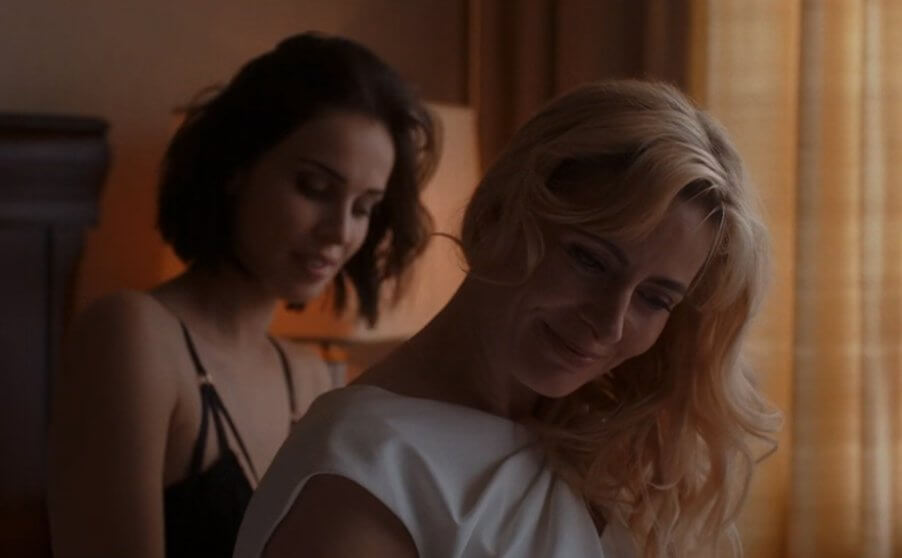 According to Heida Reed, her interpretation of Stella’s identity is not one that categorizes the character under a specific orientation.

“I didn’t want to put a label on her,” she says. “Mostly, she is governed by her impulses; if she wants something she takes it without thinking about the consequences.”

There is no news on a second season renewal as of yet, but the six-part series is off to a great start in its native Iceland. Since its release in late 2017 and its ViaPlay streaming premiere in June, the show is clearly in high demand. According to C21Media, it’s surpassed popular shows like The Handmaid’s Tale in views: “54 percent of all Icelandic households that have the Síminn Premium network (which is in roughly a third of homes) watched the first episode over its premiere weekend.”

While the first season of Stella Blómkvist provides closure to its primary storyline, the final episode does leave our leading lady and her love interest as potential adversaries, which would make for a juicy plot if the show were to continue.

Cross your fingers and light a candle to your favorite gay icon for a Season 2.