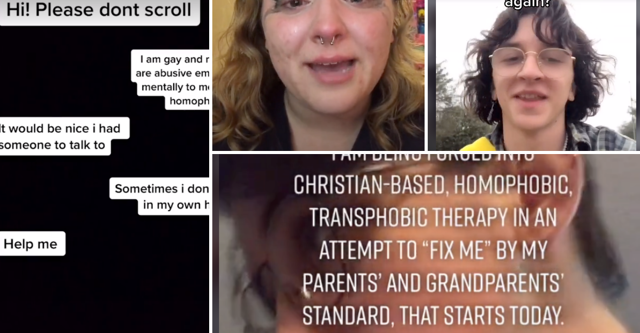 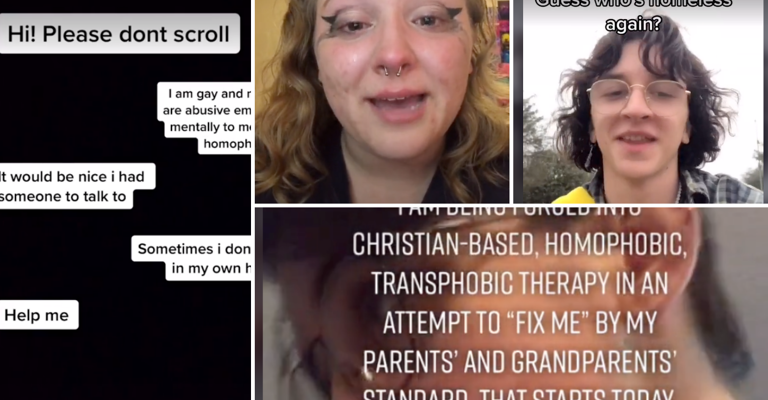 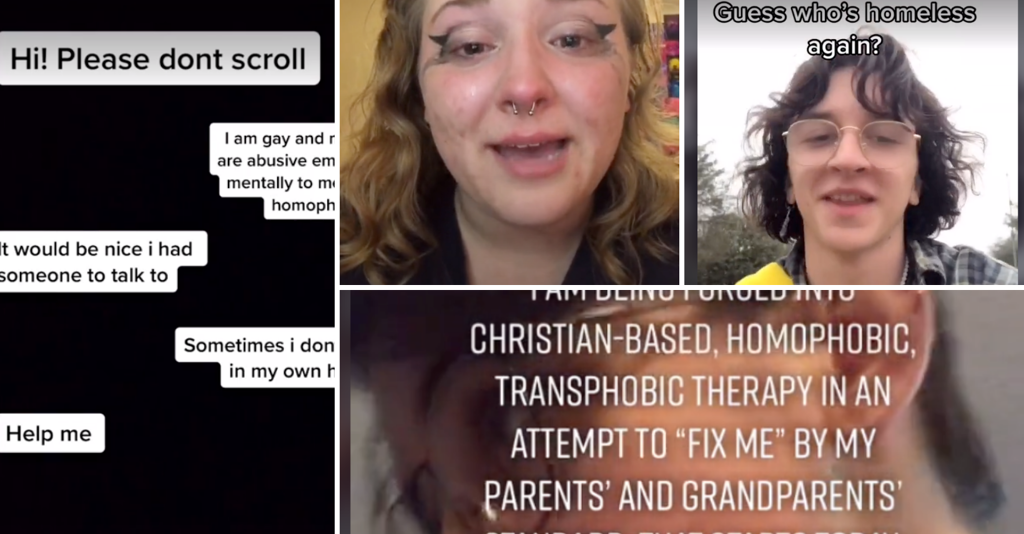 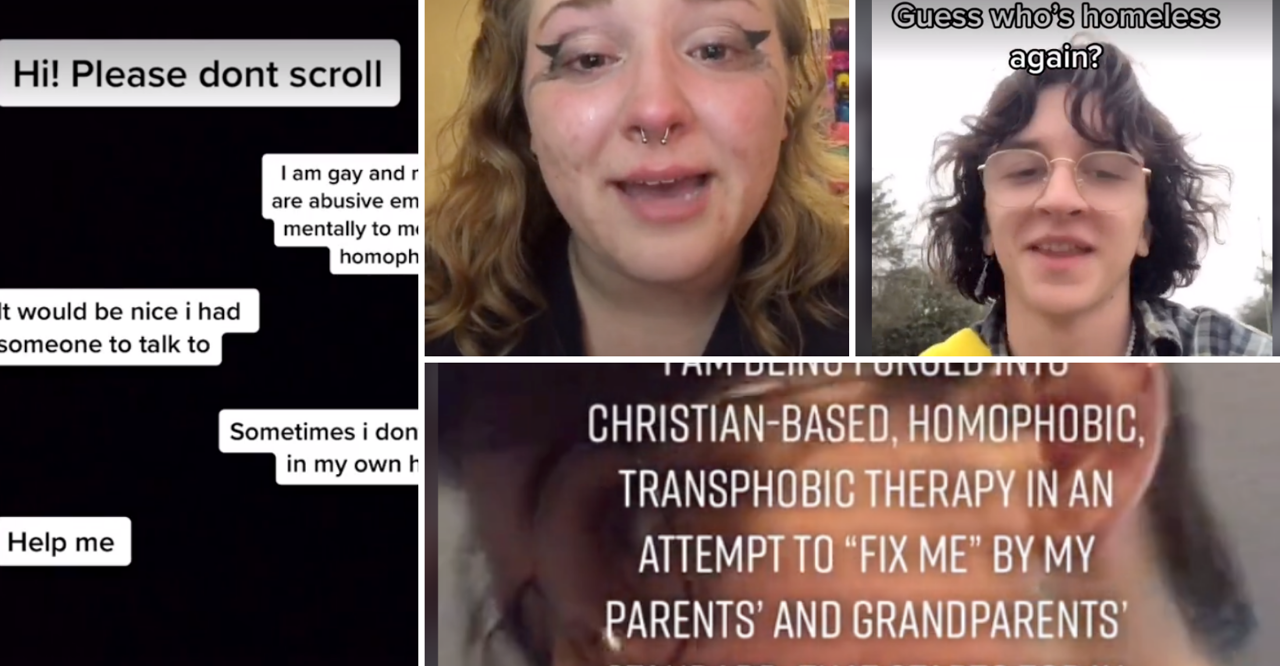 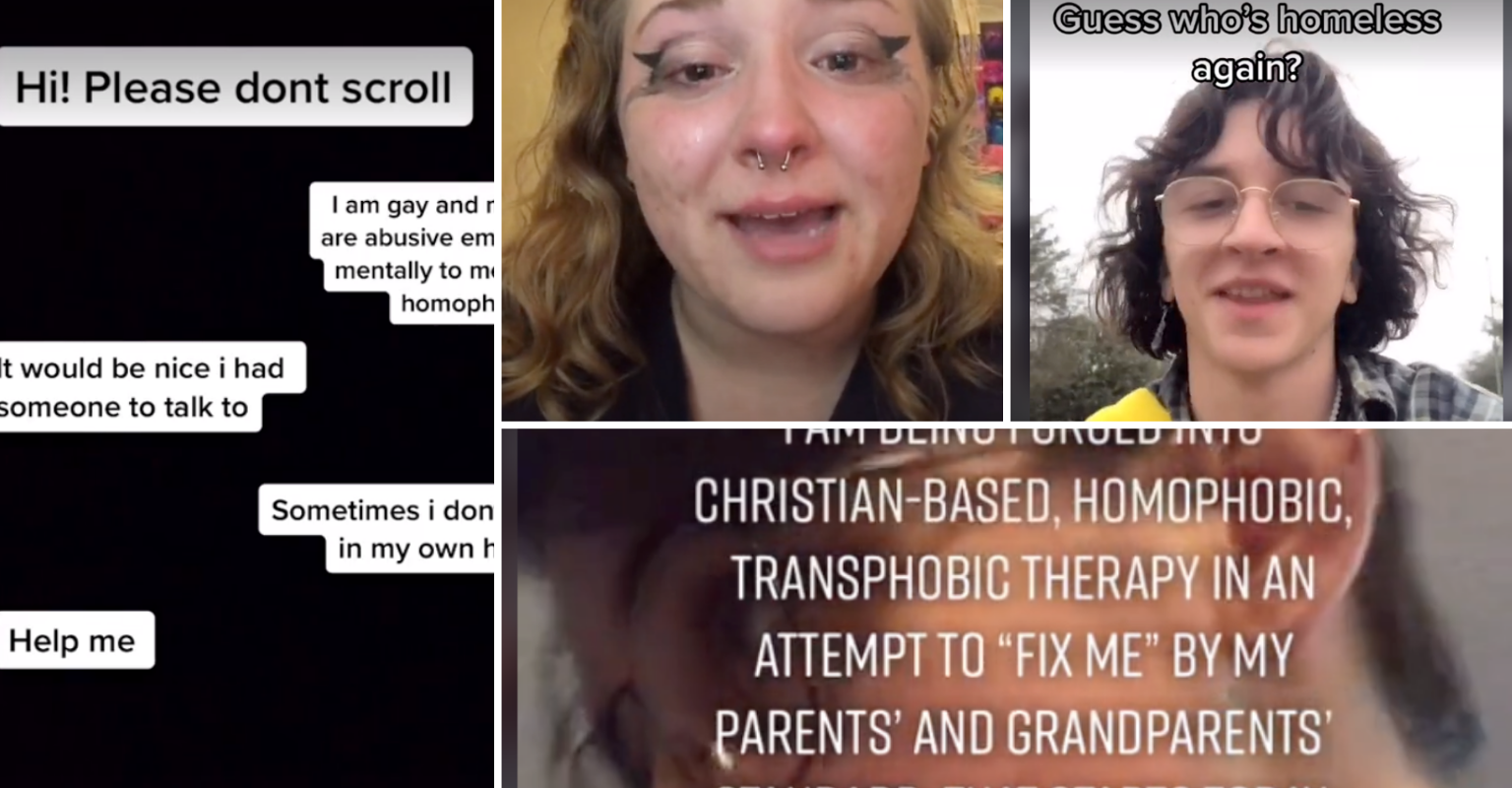 According to a Gallup poll from February, Generation Z is officially the queerest on record, with a whopping 15%, or 1-in-6 kids born from 1997 to 2012, identifying as being on the LGBTQ+ spectrum.

The increase in visibility and acceptance, however, isn’t necessarily helpful when it comes to the home life of queer teens.

“Some people accepted it,” 22-year-old Angeleno Tryron Ramsey told Spectrum News last year, right after the pandemic hit. “Some family members didn’t. The ones that I really cared about felt some kind of way and that’s when they kicked me out.”

Ramsey is talking about coming out to his family, something that got him kicked out onto the street two years ago.

His story isn’t unique. Currently, there’s an estimated 4,000 homeless LGBTQ+ youth in Los Angeles country alone, and since lockdown started a year ago, the numbers continue to spike. With more and more young people faced to move back in with homophobic family members during quarantine, the generational divide between conservative parents and their queer children is becoming more than simply uncomfortable. It’s becoming downright violent.

One place you can see this playing out is on TikTok, one of the only platforms where kids in danger can reach out and feel heard, without the fear of being found out.

Some of these videos are filmed in POV: the camera faces the wall or the ceiling, while CC text describes the teen’s home life. It doesn’t take long for a pattern of abuse and isolation to show up.

“Please I wish I didn’t come out to my mom,” one user says before explaining how their phone was taken away after coming out and access to their queer friends limited by the mother in question.

In another series of videos, a mother and grandmother equate their teenaged child’s sexuality to pedophilia and bestiality. “It’s a choice you made,” they tell her.

In other videos, a transphobic father tells his child they can’t cut their hair shorter, misgendering them and intimidating them on camera. In the second part, the father swears at the child, telling them that they are forbidden to use social media again.

The stories, often accompanied by the hashtags #homophobicparents, #abuse, #helpme and #adoptmeplz, provide a terrifying glimpse into the lives of teenagers who live on the brink of violence, and for whom emotional and verbal abuse are the norm.

One video describes the creator coming out as bisexual on their 18th birthday only to be kicked out a day later. Some kids explain that they need enough money from their creator account to find a place to live or move out of their homophobic small town.

In all these videos, the function of the app itself is clear: kids are crying out for help, and we haven’t yet established a safe way to help them yet. Especially during COVID, when resources are stretched thin and visibility, for some teen creators, could end up hurting them more than helping.

Some users focus on retelling the story through emojis. “What it’s like dealing with homophobic parents,” begins one video, before walking us through a conversation in which parents police their child’s clothing and accuse them of not dressing “girly” enough.

Hi I am a lesbian, and my relationship with my parents, is kinda crazy. #homophobic #parents #help

True story. Believe it or not but this conversation got crazier after this #lgbt🏳️‍🌈 #lgbt #girlslikegirls #lesbiantiktok #bi #homophobia #les

True story. Believe it or not but this conversation got crazier after this #lgbt🏳️‍🌈 #lgbt #girlslikegirls #lesbiantiktok #bi #homophobia #les

In one video, the teenaged creator simply asks to be adopted since their mother has no understanding of queerness.

While other videos are simply cries for help, each more heartbreaking than the last.

Other users are so used to being kicked out of the house that homelessness is a regular part of their content. "Homeless again," says one user.

This isn't just unique to queer folks, either: last year, during the George Floyd protests, similar videos surfaced of kids trying to challenge the viewpoints of their racist parents during dinner conversations. In these, tearful children sit across from their family members, trying their best to get through to the adults in their lives who are too stuck in their ways to care about changing their minds, even at the expense of their families and relationships.

In a sense, TikTok has served to isolate the interpersonal arguments families have and broadcast them into the void. From there, others can engage, offer helpful words, and ideally donate to their creator fund. But the problem remains: if so many kids are crying for help and LGBTQ+ services and shelters and straining under the weight of the pandemic, what is the best way to offer help without exposing creators to more danger?

♬ It's Not The Same Anymore - Rex Orange County

Though she’s dealing with abuse from her aunt, she’s still under guardianship and can’t do anything about her. Her only hope, she explains, is to raise enough money to move in with her uncle and aunt, who live in another country.

Her success all depends on her aunt never finding out about her account. And yet the more people who know about the account, the faster she'll be able to get out of there. TikTok isn't just an app for kids who are reaching out for help. It's a signal-boosting tool that can help raise awareness, connect creators with the funds they need to escape bad situations, and rally fellow LGBTQ+ users around a cause.

During quarantine, TikTok has become an unlikely reminder of the outside world. For kids living under the rule of intolerant or bigoted parents, that kind of reminder can be life-saving.

If you're a queer teen or young adult who needs help, here are a few resources to reach out to:

Some host housing and family services: