In the early ’90s, celebrated lesbian artist Zoe Leonard created an artistic text that has since become famous for its ideology and highly-specific phrasing. Inspired by dyke poet Eileen Myles’ run for POTUS that same year, Leonard, who has since been shown at four Whitney Biennials among other prestigious international exhibitions, began her work with, “I want a dyke for president.”

“The text was written in 1992, and has circulated freely in numerous ways since then, both in this country and abroad,” Leonard tells INTO, “in museums and galleries, in various books, journals and other publications, as well as in large-scale outdoor installations, public readings, and performances.”

Most permanently, “I want a president” was memorialized in 2016 when it became a public art piece measuring 20 feet by 30 feet, affixed to a pillar underneath The Standard Hotel on the High Line in Chelsea in New York. When the piece was unveiled, Myles and other queer luminaries like Justin Vivian Bond, Malik Gaines and Alexandro Segade, Sharon Hayes, Pamela Sneed, and Wu Tsang joined the celebration, reading relevant work that was invariably inspired by Leonard’s provocative prose poem. (Trans musician Mykki Blanco also performed the poem in a video for Dazed just a month before the installation.)

After the recent election, Leonard’s work has been shared and spread wider than ever. With Donald Trump in office, threats to destroy any progressive work done by previous presidents on both sides of the aisle have made her messaging more integral than ever. “I want a president” was thus turned into a highly-circulated meme, with LGBTQ and allied Instagram users sharing the sentiment that not included not just the want expressed in the first sentence, but went on to say, in part: “I want a person with aids for president and I want a fag for vice president and I want someone with no health insurance and I want someone who grew up in a place where the earth is so saturated with toxic waste that they didn’t have a choice about getting leukemia. I want a president that had an abortion at sixteen and I want a candidate who isn’t the lesser of two evils and I want a president who lost their last lover to aids, who still sees that in their eyes every time they lay down to rest, who held their lover in their arms and knew they were dying.”

But earlier this week, an Instagram account dedicated to sharing artifacts and ephemera of queer history reported that their post sharing Leonard’s work was flagged and removed. Matthew Riemer and Leighton Brown of @LGBT_History say that their post, first published Sunday night, received 12,000 likes and 150 comments, most of which were expressions of catharsis and solidarity, identifying with the poem and other queer people,” Riemer and Brown tell INTO.

“We approach @lgbt_history as activism,” the curators write in an e-mail. “We believe that learning about queer history is resistance in and of itself; uncovering the history of the underrepresented is by definition going against the grain. “ 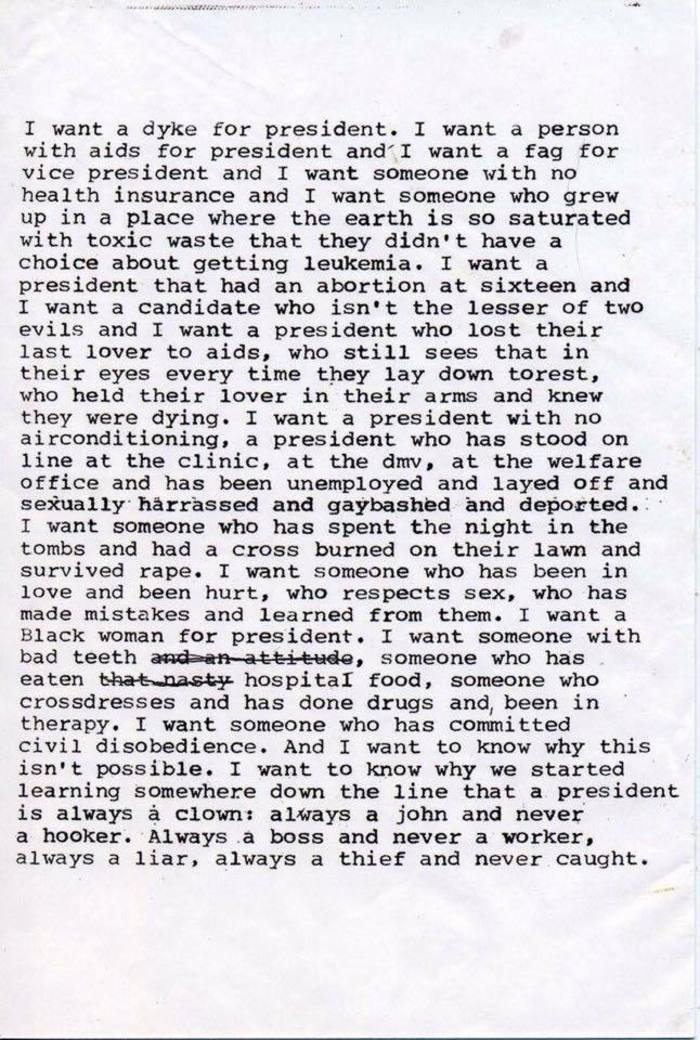 And “I want a president,” specifically, held a resonance for them in 2018.

“[The work is] for many one of the starkest illustrations of the queer community’s feelings of desperation and underrepresentation at the height of the AIDS era,” Riemer and Brown say. “It’s a mournful poem, no doubt, but there is a great deal of pride in there. The hookers are better than the johns.”

But on Monday night at 7pm, they received an alert from Instagram that the post had been pulled, with the social media app citing its failing to comply with “community guidelines.”

“We’ve had a few posts pulled in the two years since we started the account,” Riemer and Brown say. “In particular cases, like a button that just said ‘FAGGOT,’ for example, we understood; that’s not to say we thought it was right, but we erred on the side of not pushing back. But there was no way we were letting ‘I want a president’ to stay down.”

They quickly reposted the poem, encouraging followers to repost.

“That one lasted about three or four hours, and we counted at least 120 reposts,” they said, noting they couldn’t truly quantify how many users have reposted it since. “That second post got pulled at about 10pm on Monday. We put it back up, only to have it pulled at around midnight; so, our fourth one went up at about 1am on Tuesday and it came down in about a half hour.”

Yet the reposts were flagged, tooon public accounts from the likes of feminist-queer owned shop Otherwild (who has since reposted with the addendum “STOP REMOVING THIS POST”) as well as personal Instagram users. Some used hashtags, others did not. When I posted it for myself, I was flagged and censored within 12 hours, no hashtags but tagging Instagram asking why Leonard’s work was a violation of community guidelines. (Instagram has not responded to any request for comment, via email and social media.)

“I first heard about this from a friend last night. I am not on Instagram myself,” Leonard says. “However, after being contacted by several other friends, I went online and read through Instagram’s ‘community guidelines.’ ‘I want a president’ has no profanity, no threats, no hate speech, and no explicit sexual imagery. I do not understand the grounds for removing the text from an open social media platform.”

Both “dyke” and “fag” can surely be used as epithets, but they have also proven to be highly-important self-professed identities for LGBTQ people. And since Dykes on Bikes was able to register with the trademark office in 2005, the phrase “dyke” has been sanctioned as a positive reclamation.

“Do we even have to defend this as art or Zoe’s career,” Myles wrote on her own post of the poem this morning. “What are the words you object to? Dyke? Want? President?” 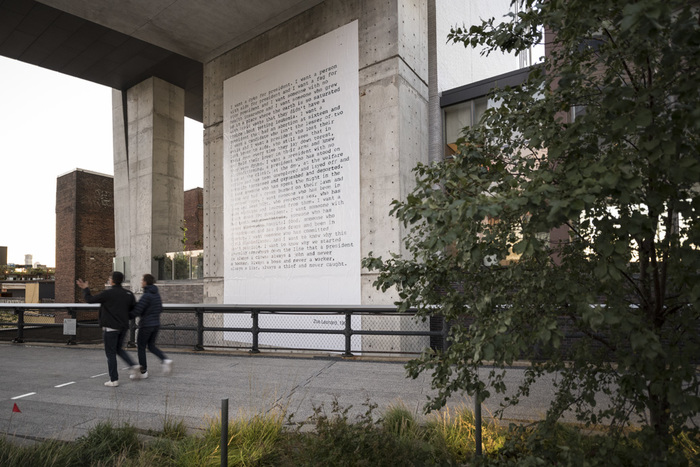 Instagram’s Community Guidelines do not specify anything regarding the use of words like “dyke” or “fag,” especially as they pertain to the community these terms belong to and represent. Instead, they claim to “want to foster a positive, diverse community,” saying they “remove content that contains credible threats or hate speech, content that targets private individuals to degrade or shame them, personal information meant to blackmail or harass someone, and repeated unwanted messages.”

“It’s never OK to encourage violence or attack anyone based on their race, ethnicity, national origin, sex, gender, gender identity, sexual orientation, religious affiliation, disabilities, or diseases,” the guidelines detail. “When hate speech is being shared to challenge it or to raise awareness, we may allow it. In those instances, we ask that you express your intent clearly.”

They also note that they ” carefully review reports of threats and consider many things when determining whether a threat is credible.” 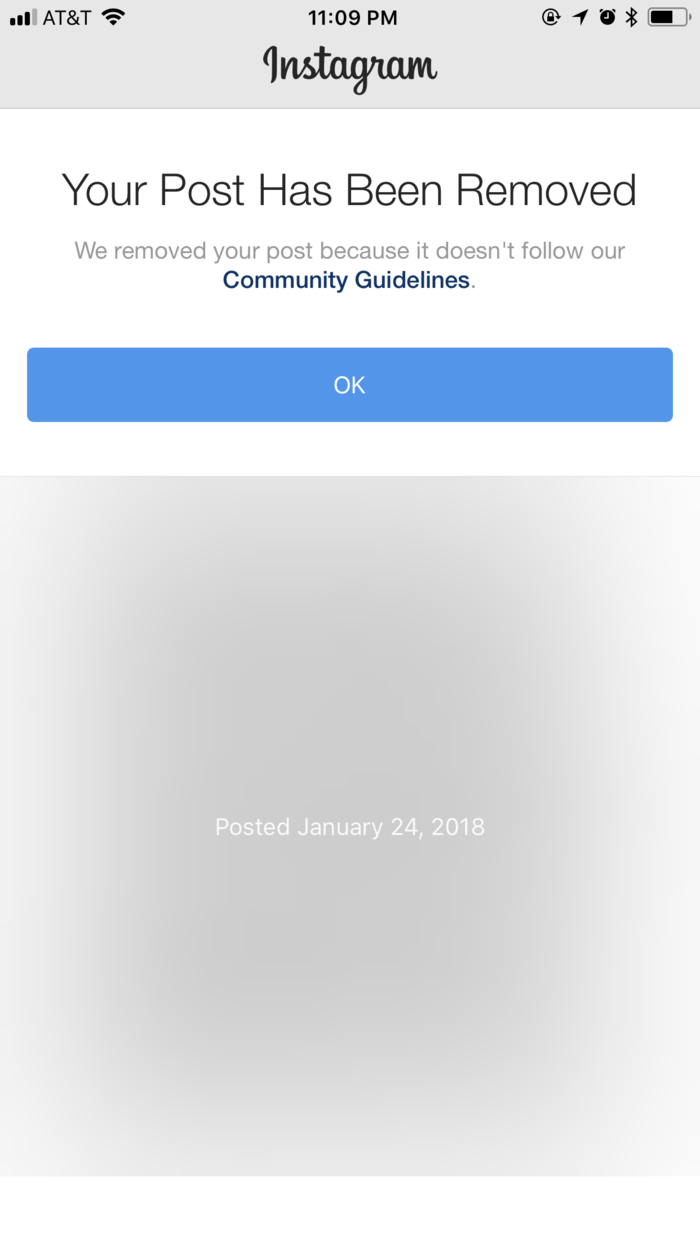 But with “I want a president,” none of these guidelines (or any others included alongside it) have been violated. In fact, unless Leonard herself were flagging her work under the idea of intellectual property, Instagram has no grounds in which to remove posts of the piece en masse. (And for the record, Leonard is and always has been happy to see it be shared and distributed. She doesn’t even seem to require attribution most of the time.)

Unfortunately, this isn’t the only case of queer censorship that Instagram partakes in. A search for #lesbian via mobile brings up a message reading: “Recent posts from #lesbian are currently hidden because the community has reported some content that may not meet Instagram’s community guidelines.” Searching the same hashtag via computer brings up zero results. And while some of those may be pornographic or derogatory in nature, Instagram’s filtering seems to keep lesbians themselves out of their own hashtag. (Strangely, #dyke does not have the same roadblock, adding to the inconsistency of Instagram’s policies and guidelines.)

“This isn’t about us,” Matthew and Leighton say. “It’s about the history and queer people’s access to their past. It’s absolute bullshit that this is getting flagged. We totally understand why filters may catch ‘fag’ or ‘dyke,’ and we appreciate that such filters are in place; at some point, though, we need human eyes to differentiate between usages.”

If all posts including phrases and terminology used within the LGBTQ community are flagged, than Instagram is proving to be an unwelcoming place for anyone who might identify with one or more letters in the acronym or its wider-reaching umbrella. Riemer and Brown argue that if Leonard’s poem is subject to censorship (by trolls or Instagram itself,” “then so too is our entire account.”

“Queer history is offensive to the dominant culture; the very mechanisms that Instagram has put in place to ‘protect’ us are being used to erase us when we don’t stay within the bounds of ‘respectability,'” they say. They have since reposted the work but are worried about the repercussions it could have, such as being terminated from Instagram entirely. 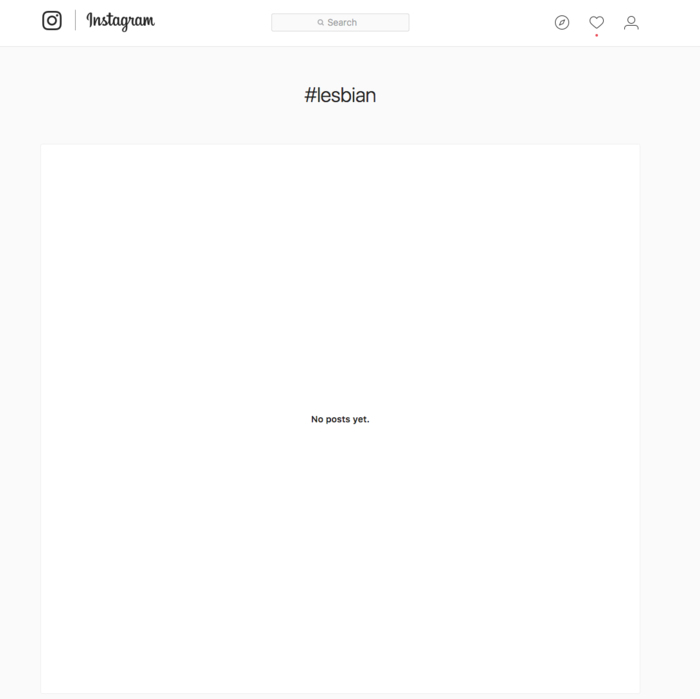 Despite Instagram’s want to be an inclusive and affirming space for LGBTQ users, its inability to decipher derogatory or harmful posts from those with positive and inspirational messaging is doing us a great disservice, and inevitably keeping us from connecting with one another on their platform. (Sadly, Facebook also has a history of censorship with lesbian and dyke-themed content, even removing the group Dyke Bar Takeover for a short time. It was eventually reinstated.) Interestingly, Instagram has a “sensitivity” filter that is sometimes enacted when content is deemed to be NSFW or perhaps, slightly offensive to some, yet that hasn’t been provided as an option to any accounts choosing to upload “I want a president.”

“We want to be clear: Instagram has provided a forum for queer history the likes of which we never thought possible and we are grateful,” say Riemer and Brown. “Untold numbers of people are coming into contact with queer history, and ‘I want a President’ in particular, because of Instagram’s forum.” However, the way they monitor flagged posts is inherently homophobic if work like Leonard’s are proven to violate the app’s terms of use.

“The problem is that there seems to be a one-sided discussion going on about who gets to decide what content is ‘acceptable,'” Riemer and Brown say, “and there plainly are gaps in the process that have to be fixed.” 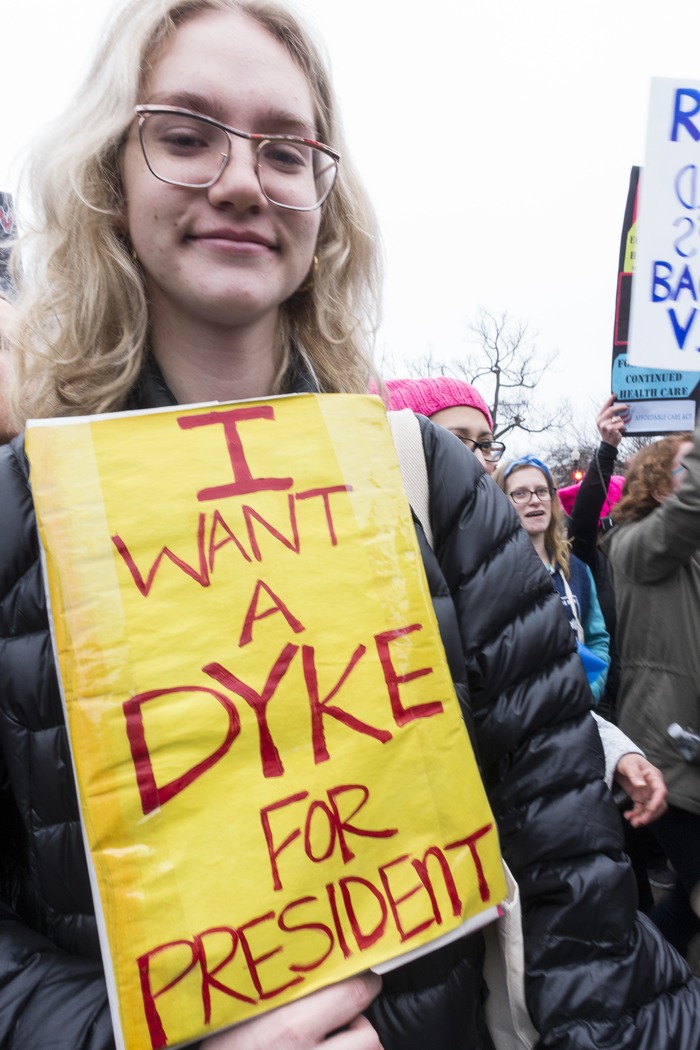