Kit Yan and Melissa Li toured the country as Good Asian Drivers from 2008–2010, a dramatic experience that cost them their friendship for two years. Now, they’ve pulled from their story to mount a new musical, Interstate, that enjoyed a sold-out and extended run at the 2018 New York Musical Festival before winning four of its seven nominations at the festival’s Best of Fest awards on August 5. The production also won a “Special Citation: Representation & Inclusion” from the festival for its largely queer and trans cast. The $85,000 run of Interstate at NYMF was financed entirely through crowd-funding and enhancement by the Musical Theater Factory.

Bookwriter-lyricist Kit Yan summarizes Interstate as “the story of Queer Malady, a queer and transgender Asian American band comprised of Dash Coy, a transgender slam poet, and Adrian Lee, a lesbian singer-songwriter. As Queer Malady, they decide to go on the road from New York City to San Francisco in order to share their art with the country and to find more community and more folks like themselves. Along the way, they inspire Henry — a TGNC South Asian teenager, who’s 16 in Kentucky, whose family, community, and church don’t support his identities — to make it his goal, as soon as he finds out about Queer Malady, to see one show of the band.”

INTO spoke to Kit (book and lyrics) and Melissa (music, book, and lyrics) about their process writing Interstate and their nationwide effort to cast the role of Henry, the South Asian trans teenager played by Sushma Saha, who won NYMF’s “Outstanding Performance in a Leading Role” on Sunday night. 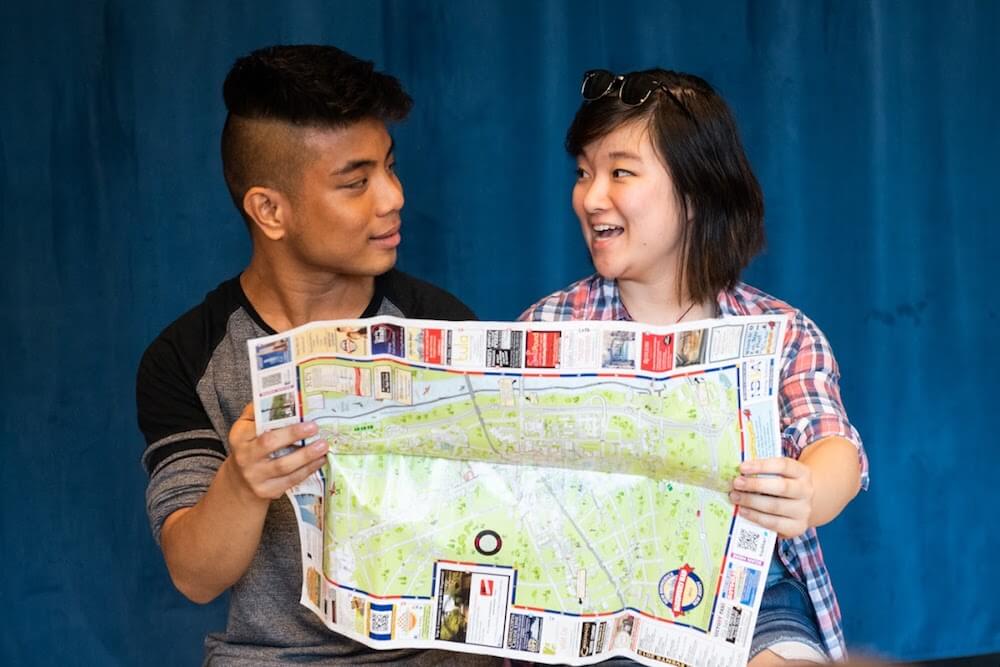 Melissa: Kit and I met, actually, in Boston, which is where I’m from. And we met… I want to say maybe 10 or 12 years ago. We’d just known each other through the queer Asian community there. And he and I ended up performing at a queer Asian cabaret — it’s a monthly show there. And at one point, while we were performing, Kit just asked me if I would quit my job and go on tour with him. And so he and I went on tour as Good Asian Drivers.

And what kind of music did you perform?

Kit: [Interstate] really feels like a period piece, even though 2008 was just 10 years ago. There was a very particular spoken word music kind of aesthetic back then that we really don’t hear a lot of anymore.

Talk to me about the nationwide casting of Henry.

Melissa: Yeah. So we’ve done many different sorts of iterations of Interstate, just in workshops and readings and developmental type of stuff. And every time we worked with a casting director, they always came back to us and we’d tell them, “We need a trans person who can play this role,” and they would come back with either somebody who is South Asian and cis, or would be a trans East Asian or it would just be, like, totally not what we wanted. I think there were a couple of times where it was just, like, a white cis person or something. [chuckles] So it was totally messed up, and so for this round, I think we just decided that we were not going to go down that avenue of reaching out to a casting director, and just do it ourselves.

So I personally emailed every single musical theater program in the country, with the description, asking if they knew anyone in their program, and that we would be able to pay for their transportation and have them come be part of this. I also emailed every single drama program. I emailed every single queer youth theater program and queer youth program and high school for performing arts, just everything that we could. And at the end of the day, we ended up with 12 people who submitted for the role. We were able to cast someone super talented, Sushma Saha from Ithaca College, to be in our production.

So I think it proves that, when people say, “Oh, there’s nobody who can fit this role” or “Oh, you’ll never be able to cast this,” you just have to try a little bit harder. You just have to be committed to doing that, because they’re out there, and it’s important to cast somebody who is a trans person in a trans role.

Why is it important for trans people to play trans roles?

And anytime I talk about trans casting or trans storytelling, I always sort of dial it back a little bit and talk about trans rights and trans quality of life. So for folks who are TGNC and nonbinary, if you are not able to find adequate housing or employment or food, or community support and friendship and family, then how are you going to be able to wake up in the morning and look in the mirror and feel like this world was made for you? And then, how are you supposed to go to an audition? And then how are you supposed to get a job and do all the things that you need to do?

And so it’s really important for trans writers to write trans roles, and then trans actors play them, because when cis people do those things for us, it says to folks, “The only way you can be validated as a trans person in this world, or a nonbinary person, is through the lens of a cis person.” 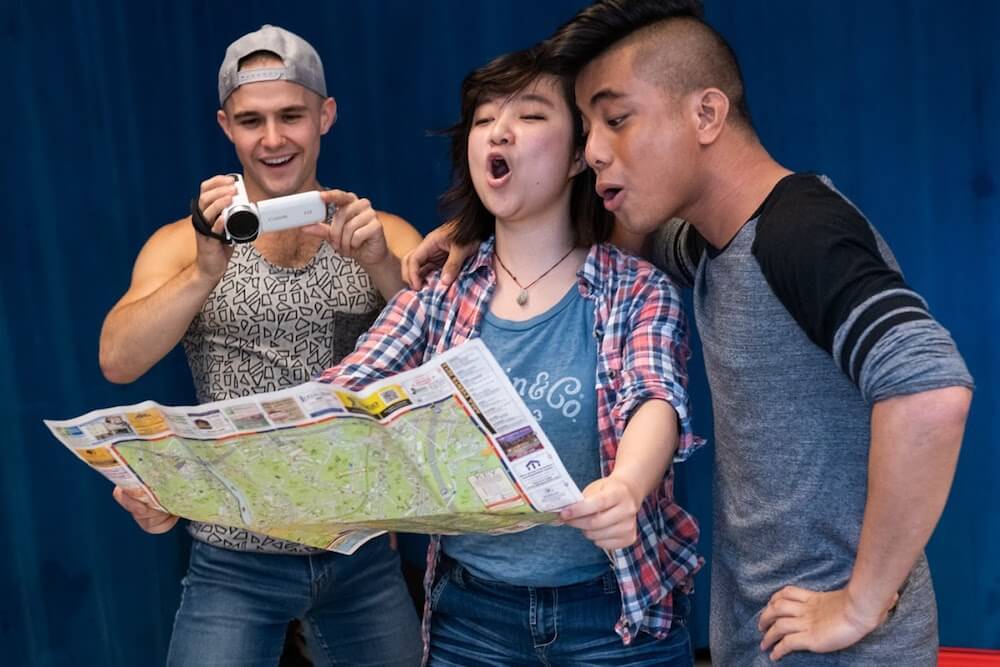 What would you say to someone who says that acting is inherently about embodying someone different?

Kit: Yeah, I’d say they’re wrong. [laughs[ They’re wrong, because if we were to even entertain their viewpoint for a split second, then I would say:

Okay, let’s go down the path of your belief system: “Acting is acting.” In that case, are trans actors who are tremendously un- and underemployed getting cis roles? Like, no. That’s definitely not happening. People never consider trans people for cis roles, or very infrequently. So that theory just doesn’t apply to acting and actors across the board.

What’s next for Interstate after NYMF?

Kit: We hope that what happens next is that it gets developed. We hope to do some development with a theater, and then we hope to bring it to Broadway. And then, after it goes to Broadway, we hope that it goes out in a touring version.

And then, all of that aside, what is really important to me is that, after it does all of these things where it goes out into the world and has its own life, we hope that it reaches high schools, colleges, community theaters, regional theaters across the country, so that someday, young folks and queer folks out there can do productions of Interstate in their high school gymnasiums in order to play characters that they’ve never gotten an opportunity to play before — to play queer folks, to play trans folks, for folks of color to have characters that reflect their identities, to have really  beautifully-written and strong female leads, to be able to create families on stage. We hope that folks can be in something like this or put something like this on and then go on to write their own stories, to write a different show that looks like the kind of show that they want to have in this world. We hope that this show goes way beyond our lifetime and into the next generation.

What else would you like people to know about Interstate’s run at NYMF?

Kit: This show is really special to us because all of [the resources to produce this iteration were] sort of a lot to ask from our community. And we’re really proud to say that a lot of the folks behind the scenes are also women, queer folks, TGNC folks, folks of color, who have worked on this show, in addition to being the folks that have funded it to make it possible. So it’s a really big community effort for us in order to get this show up and at this level, and it’s something that we’re super grateful for, and something that we really want to continue to incorporate the spirit of community-building as the show reaches its next height.