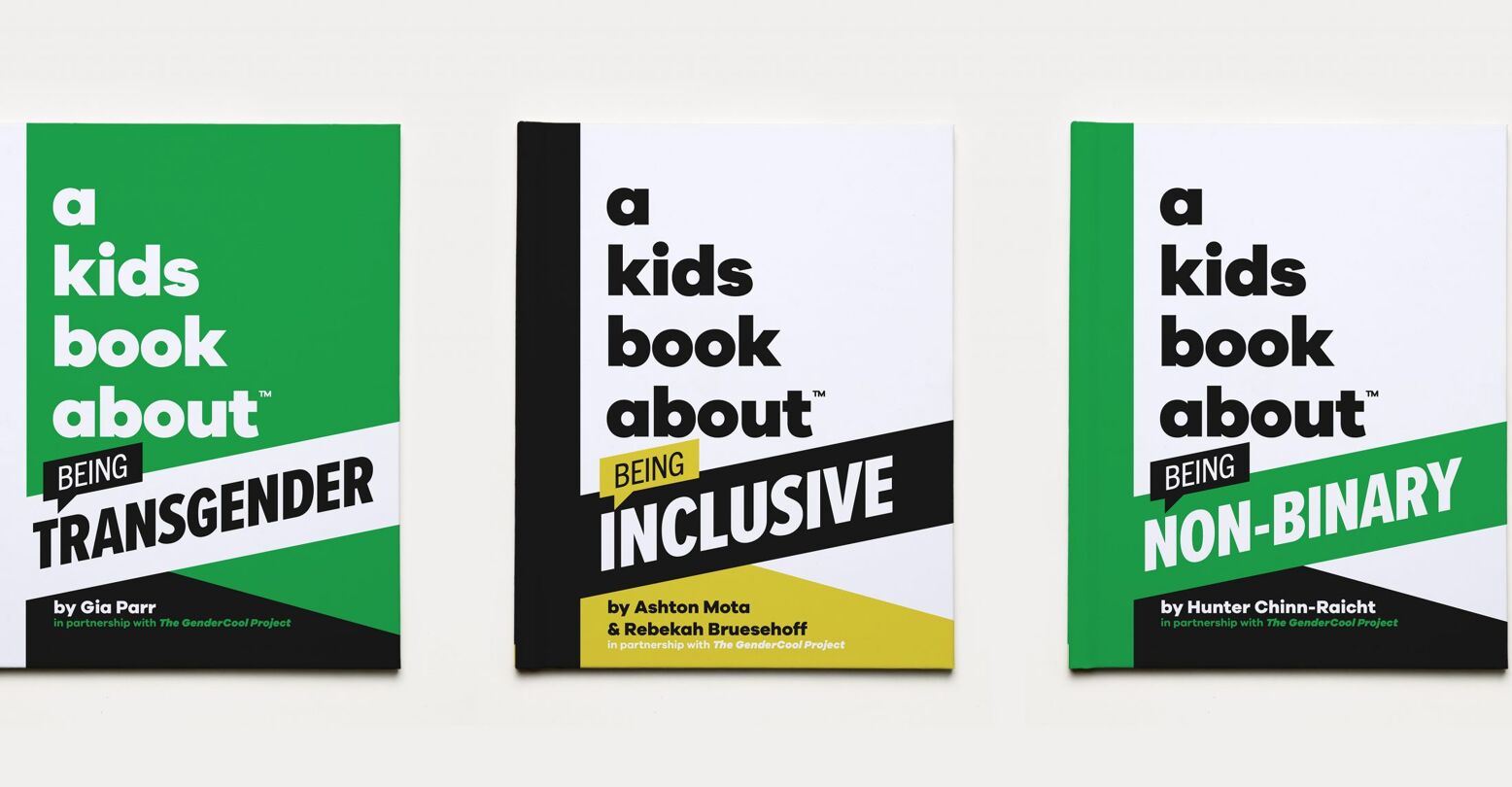 At this point in trans history, however, we’re still inching toward an intuitive, inclusive coverage of transness and gender variance, one book deal at a time.

Luckily, thanks to the GenderCool Project and publishing imprint A Kids Book About, we’re inching one step closer to that reality.

GenderCool Project founder Jen Grosshandler was inspired to create the non-profit by her 14-year-old trans daughter Chazzie. The books are “humanizing this conversation which is so easy and so positive and it’s so relatable,” Grosshandler told the New York Times.

Project co-founder Gearah Goldstein, who also works as a transgender consultant for media brands, explained that the tendency, when teaching kids about trans life, is to focus on the dismal, such as the likelihood of bullying or teen suicide. She’s hoping the books can change the conversation and help trans kids focus on the positive, rather than being daunted by the many challenges of trans life.

“Everything was always so dark,” Goldstein explained to the Times. “These kids are thriving and no one is telling their stories.”

The political atmosphere is indeed dark: trans kids coming out today have to contend with multiple bills across the country that threaten to limit their access to life-saving transition prescriptions and gender-confirming surgeries.

The teenaged authors of the three new installments of the “A Kids Book About” series, however, are telling a different, often-overlooked story. 17-year-old Gia Parr, who penned the forthcoming A Kids Book About Being Transgender, told the Times that the book was partly the result of a joyful coming-out period.

“I got so many text messages from my friends saying, ‘I love you for who you are.’ That meant everything to me,” Parr said. “I could finally be myself for what felt like was the first time.”

Hunter Chinn-Raicht, the 15-year-old author of A Kids Book About Being Non-Binary, told the Times:

“I am able to express myself outside of the pink-and-blue stereotype. I am gray, white and all the colors mashed up into one!”

That’s just the kind of gender euphoria kids need access to right now, when the world is at its darkest. Chinn-Raicht agrees. They wrote the book, they explained to the Times, to give kids “a positive look at what their future can look like.”

The full series will be released in June, just in time for Pride.