A month since A Star is Born‘s theatrical debut means enough time has trickled by to sober me from its razzle and dazzle and ask an all-important question: Is A Star is Born actually good?

There’s no denying A Star is Born is a strong contender for the 2019 Academy Awards. The film is certified fresh at 90 percent on Rotten Tomatoes. With a production budget of $36mil the film has currently grossed over $169mil domestically ($129mil globally). The soundtrack just spent its third week atop the Billboard 200. The film also shines bright online, generating a wide array of memes. 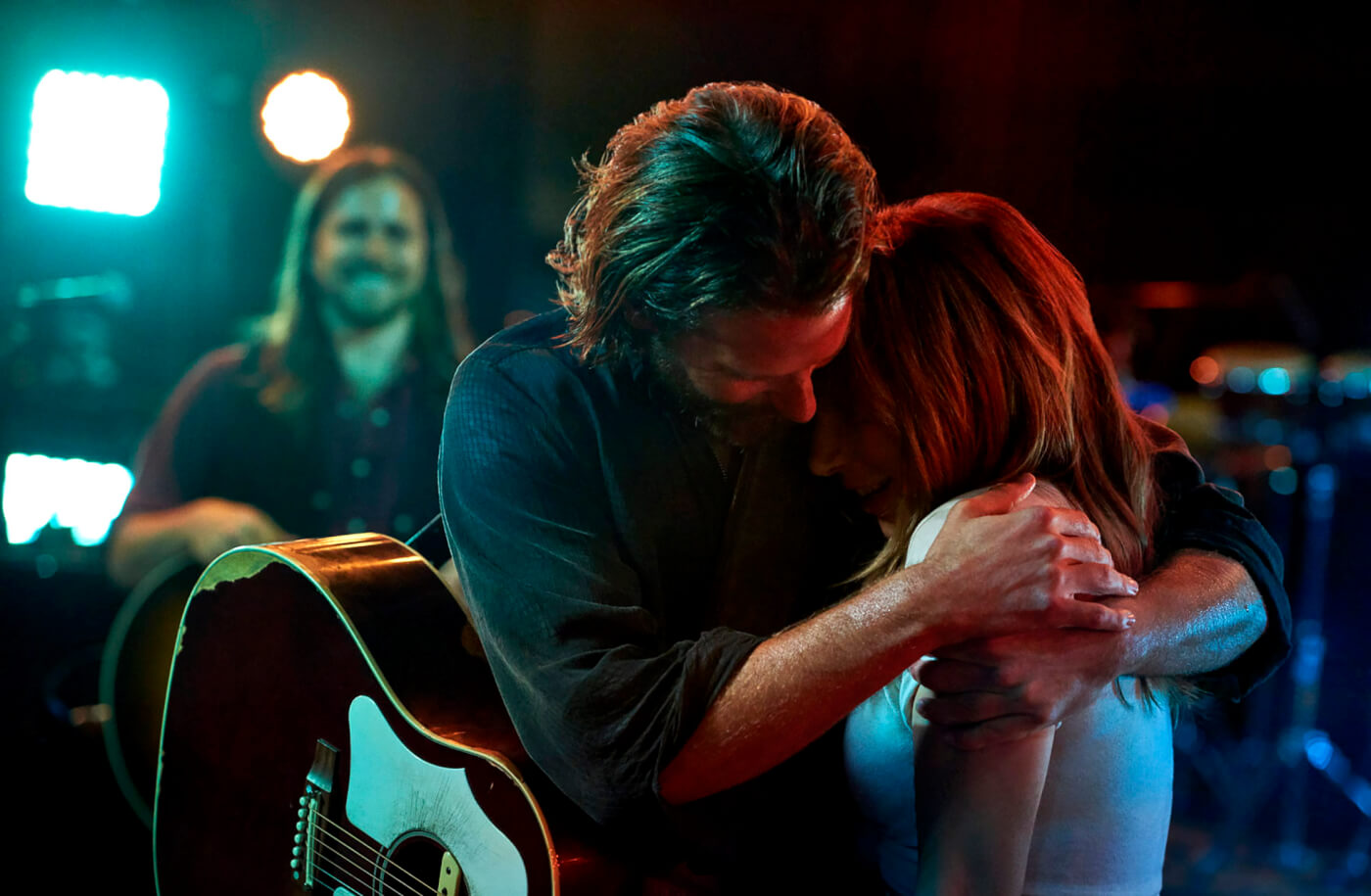 As a work of art ASIB is stitched with gorgeous cinematography, chemistry aplenty, impressive acting, stellar singing, and an enjoyable pace despite a lengthy runtime. But the story — now in its fourth iteration — stumbles in aspects that are far too noticeable. Curiously it’s these very details that a community like ours — so deeply invested in the intersection of identity, representation, and social critique — should be more sensitive to and suspicious of. Maybe we’ve just gone gaga for Gaga.

The first tears came early: L. Gaga ends her rendition of “La Vie En Rose” and locks eyes with B. Cooper. The scene takes place at a gay bar, featuring appearances by RPDR alumni, Shangela (wig?) and Willam, and is a direct nod to the community who were sure to embrace the film first. Seeing Gaga surrounded by drag queens and gay men — playing an ally with Ally — felt so incredibly celebratory. But much like the bar’s cheap production equipment, the representation of queers is all smoke and mirrors, becoming the only time we explicitly note queerness in A Star is Born.

You could argue this is legitimately fine: a single film can’t do it all, and the last three incarnations made it clear that the plot circles on a pretty heterosexual pairing. What troubles me, however, is how queer bodies are used — and promptly discarded — to advance a very het agenda. Jackson happens to stumble into a gay bar — on drag night! — while the only resident cis straight woman, Ally, just happens to be performing. It reads like every straight man’s greatest fantasy. It’s the straight man in the gay bar, finding a woman against all the odds, who ultimately succeeds. It’s also straight Ally the ally who reaps the most reward from the queer space, as she’s catapulted into instant fame. The scene signals the commodification of the gay bar whose queer players are transformed into mere props.

But if only the identity tropes ended there.

Dave Chappelle’s character, Noodles, gives Jackson a serious talking to after finding him passed out in a bush, “this is the first time I’m worried about you.” Ally comes over for lunch and Jackson, taking a page from Carly Rae Jepsen’s songbook, proposes. They get married — that day! — at a Black church. What more is there to say. In 2001 film director Spike Lee popularized the term “Magical Negro” to describe the tired trope of a supporting/stock Black character whose entry into the narrative is solely to support the white protagonist.

The use of severely undeveloped queer and POC characters, particularly in conjunction with the masc red-blooded country singing protagonist, Jackson, is something to be wary of. Meeting at a gay bar, marrying at a Black church… We’re truly in the shallow of representation now. 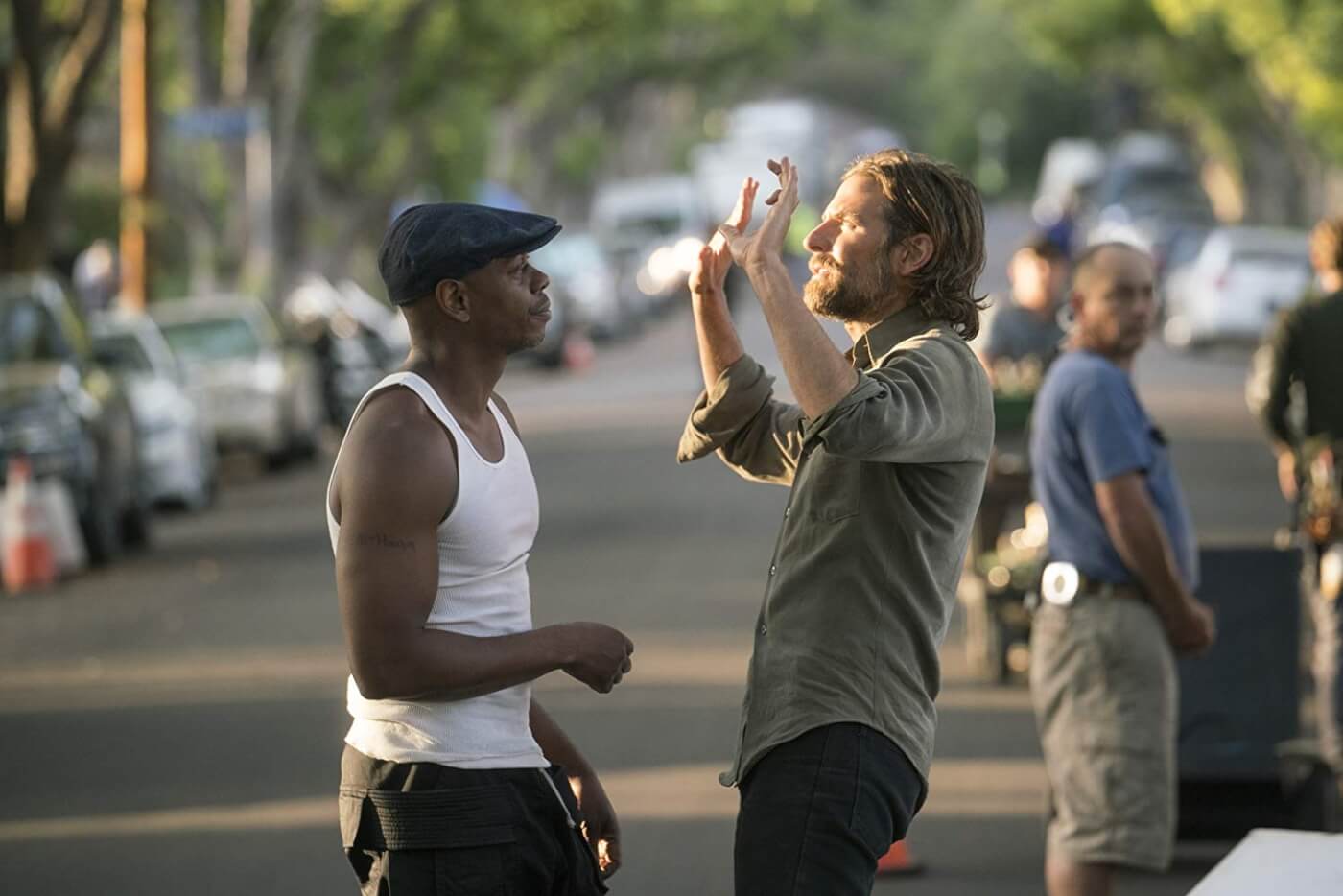 Yet somehow the film’s worst bout of representation falls unto its female characters, of which there is exactly one. Women are sorely absent from the plot. Ally has no mother, sisters, bandmates, or female friends. One scene depicts her literally cutting two backup dancers from her routine, as if the scriptwriters are entirely in on the joke. The film doesn’t pass the Bechdel test (if you consider Gail’s “this way, Ally” as conversation, we have deeper issues). It’s important to understand the Bechdel test in no way measures how feminist a film is, instead spotlighting women’s overall representation. At its core – two named female characters having a conversation about something other than a man – the test isn’t asking for much, so it’s revealing that in 2018 we (men, the screenplay was written by three men) still can’t seem to write dialogue between women.

Perhaps this was entirely intentional: explicitly depicting the miracle of stardom — Ally’s continual rise despite, not because of, the men in her life. But does this message deliver, and is it a feminist one?

Writing for INTO, Mathew Rodriguez critiques the film’s masculine backdrop, “Though Gaga is spectacular as Ally, she’s rarely able to live and breathe as her own fully-fledged character — we often see her through Jackson’s perspective… while Gaga gives the film its sense of wonderment, the story is ultimately concerned with Jackson.” To interrogate the character’s motivations and behaviors is to realize that Ally’s success is entirely dependent on Jackson. Where would she be without him? Probably back in that gay bar.

But where would Jackson be without her? Ally anchors Jackson to sobriety until her fame becomes his monster. When Ally moves from country to pop, brunette to red, Jackson discredits the transition, “talent comes everywhere but having something to say and a way to say it so that people listen to it, that’s a whole other bag.” It’s interesting that the film would treat pop as a symbol of “selling out” when its leading actress has spent her entire career persuading audiences that it will never be low brow. Pop music, an often feminized genre, is typically seen as lesser than — not real music. Whether the film hates pop music or not is up for debate, but there’s no mistaking what Jackson meant when he suggested Ally should aim for a more important message. Indeed the final scene sees a stripped back brunette-again Ally singing the song of her career; albeit a song that Jackson wrote — his everlasting message. 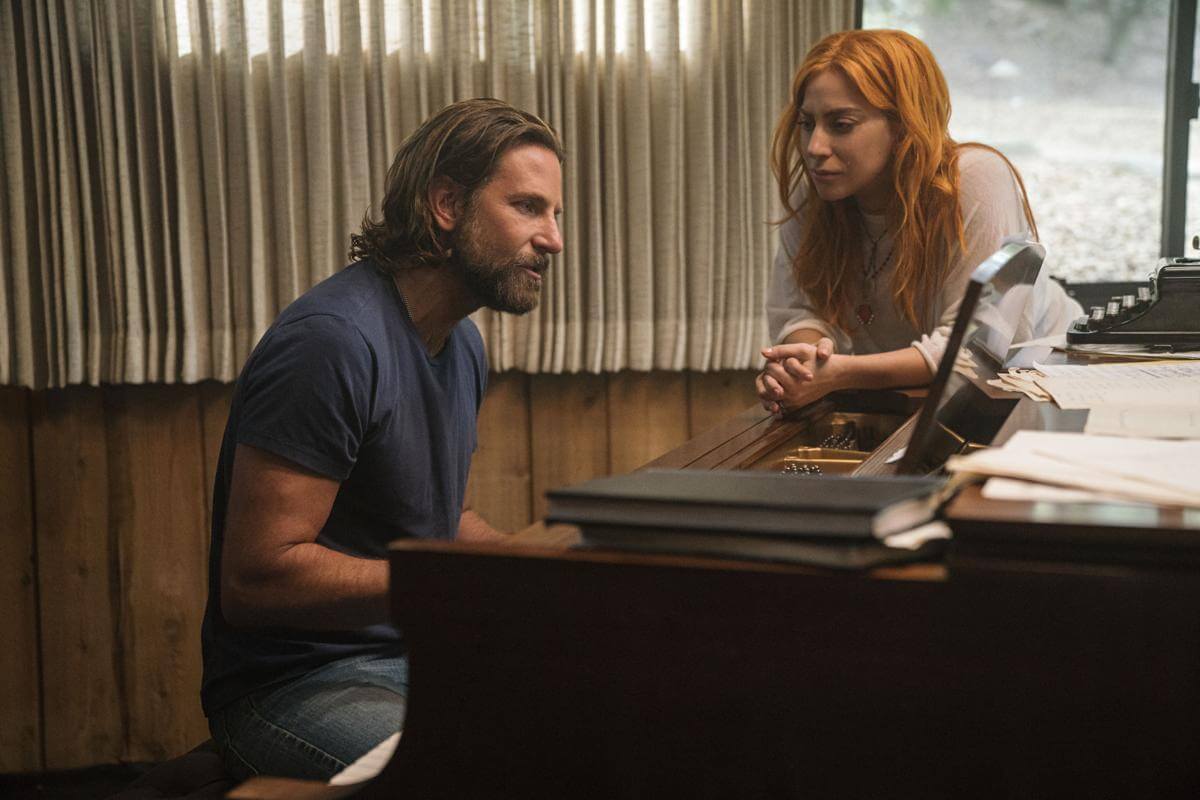 Yet it’s unfair to characterize Ally as submissive or docile. Her fight against the man is registered almost immediately when she quite literally punches a guy at the cop bar. This resilience and strength only grows: she refuses to listen to her father when he urges her towards Jackson, she cuts those backup dancers against her manager’s wishes (and, at the end of the film, cancels the tour when Jackson isn’t permitted to join), and she continues with pop despite Jackson’s warning. It’s this last act of defiance that secures her Best New Artist at the Grammys.

The politics of A Star is Born are… messy. Is the film actually good? It undoubtedly has moments of pure greatness stacked against periods of real problems. If “Why Did You Do That?” can win Ally a Grammy, there’s no doubt that A Star is Born — with an ass like that — will take home a man named Oscar.

Perhaps we should instead ask whether A Star is Born needs to be good… We’re living in a time where we’ve wiped out 60 percent of animal populations since 1970, where we only have 12 years to mitigate the catastrophic effects of climate change, and where the current Administration is looking to erase members of our community. Tell me something, are you happy in this modern world? Because sometimes a project comes along that makes us forget that everything is literally on fire. It’s always important for us to be critical, to challenge ideas, to dive right into the deep end. But sometimes it’s good to enjoy something for what it offers at the time; because often it’s from the safety of the shallow that we find the most warmth and that our stars shine brightest anyway.