With an estimated value of $3 trillion dollars, the fashion industry is a force to be reckoned with. From luxury brands dominating international shopping districts to fast fashion available in big box stores and online, the range and scope of offerings is now available to all consumers, no matter what their disposable income. But despite attempts from labels and brands to expand and create a diverse range of products, fashion has a problem getting diversity right. Over the past two decades, there’s been a push to include models of larger sizes and people of color, but more recently, the conversation has extended to the inclusive casting of trans and gender non-conforming models for collections and editorials.

The debate over whose “fault” the lack of inclusivity is often falls between the fashion houses for not casting trans and gender non-conforming people to star in their multi-million dollar ad campaigns, and the modeling agencies who do not represent a diverse enough range of bodies. Issues such as representation and inclusivity in fashion are a small-scale example of the macro-environment that trans and gender non-conforming people are trying to penetrate, but representation is also one of the easiest and most effective ways of making consumers feel engaged and seen by a brand. As a non-binary consumer, constantly seeing cisgender male and female models in marketing materials and on the runway is not only alienating, but it is a constant reminder that my body isn’t catered to or cared for in one of the most basic, human events possible: Getting dressed.

There have been some strides made within the fashion industry to ensure that trans and queer bodies are shown and seen, and this year’s NYFW was one of the most queer and exploratory spaces thus far. Chromat, founded by queer designer Becca McCharen-Tran, continued to cast non-traditional models, with a stellar catwalk cast featuring trans models Leyla Bloom, Carmen Carrera, Geena Rocero, Jahmal Golden, and Maya Mones as well as activist Erika Hart. 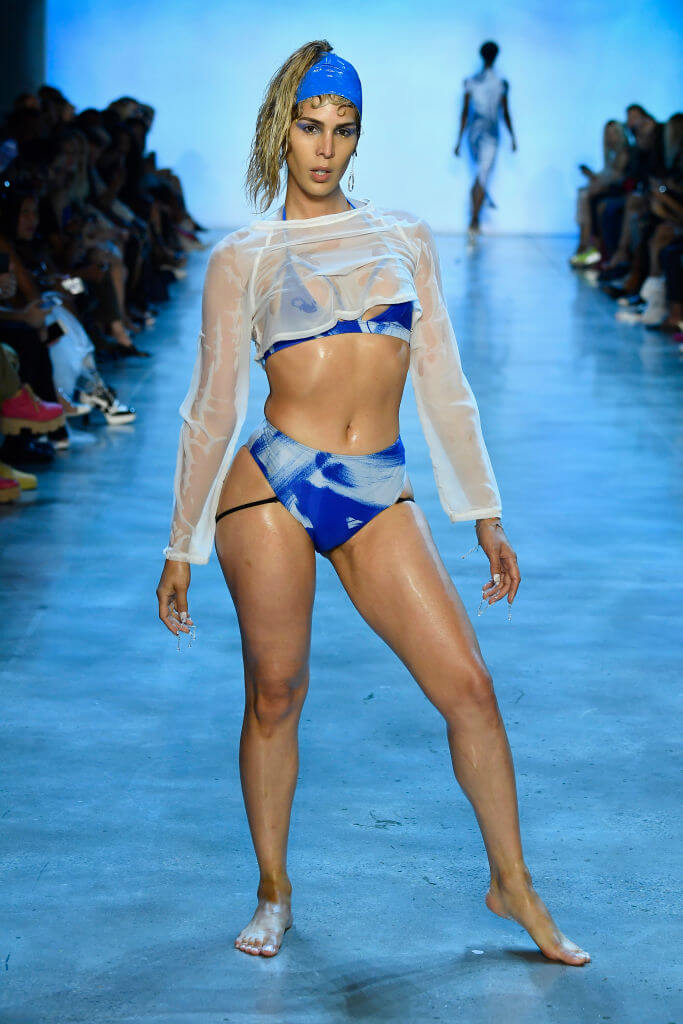 Another standout was Marco Marco, the gay-owned underwear line featuring an all-trans line-up. The majority of these models were of the kind of “aspirational” body type that the modeling and fashion industries perpetuate, though, and that highlights a continuing problem in what kinds of bodies are prioritized and prized.

Brands such as Christian Siriano, Marc Jacobs, and Marco Marco are all LGBTQ owned and used trans and LGBTQ people in their shows, promoting the idea that queer inclusion from the beginning to the end is the only way to do it. By queer people, for queer people. Where the fashion and modeling industries are failing is when we are used as a commercial toy to make companies look like they’re being inclusive, when in actual fact there aren’t any queer people behind the scenes, and the output is clearly not authentic. Primark’s collection in the UK was something a lot of people were excited for, as they had partnered with Stonewall UK. However, one has to think about the treatment of staff from production to retail, especially queer workers, and their track record with safeguarding their staff has been poor, as they were a brand who worked with the Rana Plaza factory that collapsed five years ago.

Or, as we have seen from brands such as Victoria’s Secret recently, trans and femme inclusion is just dismissed entirely, and brands don’t feel like they need to cater to our beautiful bodies. Ed Razek, Senior Creative at Victoria’s Secret, reminded us of this in his interview with Vogue by stating that “We market to who we sell to, and we don’t market to the whole world.” This level of dismissal is not only transphobic, but perpetuates the idea that fashion and modeling is still incredibly heteronormative and Eurocentric, which en masse is still the case. Salty World, a platform that explores sex and dating for people of all genders, recently staged a guerrilla-style runway titled ‘TheREALcatwalk’ in Times Square as a direct response to Victoria’s Secret and its dismissal of our bodies.

When we have an executive at Victoria’s Secret openly saying that he wouldn’t cast a trans model for the runway because the runway show “is a fantasy,” it perpetuates the idea that trans women are not seen as desirable, wanted, or included in spaces where they’re already existing. We need to be able to take these views from big brands and personify them and treat brands as people. Would you interact and engage with someone who said this? If the answer is no, then why are you still shopping there?

On Saturday December 1 the 2019 #theREALcatwalk, the third and largest iteration of the guerilla style, flash mob-like fashion show came to Times Square. More than 200 (TWO HUNDRED!!) models from all over the world- from Italy, California, London, Texas and more – walked in lingerie and swimsuits in a symbolic act to celebrate all bodies and highlight the need for diversity and inclusivity in fashion and beyond. . Model @iamjarijones, who opened the show said "What a dream to be a black, plus sized trans model and open up a show in the middle of Times Square and have the world at your feet. We are on the brink of real change in this industry." . Initially established four years ago by model and Next Top Model alum @Khrystyana Kazakova, the mission of #theREALcatwalk has since expanded to highlight broader issues: a statement on body acceptance, self love, mental illness awareness, visibility and diversity. She tells Salty, by creating #theRealcatwalk, "I'm using my platform and privilege to celebrate others." . #theREALcatwalk #togetherwestrut Video by @themollyzone photos by @jesspettway. Link in our stories for all the pics!!

But the industry isn’t all bad. Trans disabled model and activist Aaron Philip has starred in campaigns for ASOS and continues to highlight the double standards of the modeling industry. GAP hired deaf transgender activist Chella Man for their Autumn/Winter campaign. Although his visibility as a trans person in the campaign wasn’t the highlight, Chella Man told INTO he was happy to share their spotlight with queer folks like King Princess and Madame Gandi in an “amplified reach of our voices on a global scale.” Chella Man also discusses the power other brands have to influence change. “For them [Gap] to share their spotlight with queer folks and allow us to tell our stories through the platform amplified the reach of our voices on a global scale. It is on other brands to follow in their footsteps. Cast your campaigns to represent the world as it truly is.”

“When I look in the mirror, I see the person that I know I was supposed to become.” —@chellaman, deaf model, visual artist, and transgender activist. #MeetMeInTheGap

Hari Nef has worked with Gucci for many seasons, and her work as a trans woman in both Hollywood and high fashion shows that trans inclusion is something all tiers of the industry are finally getting on board with. 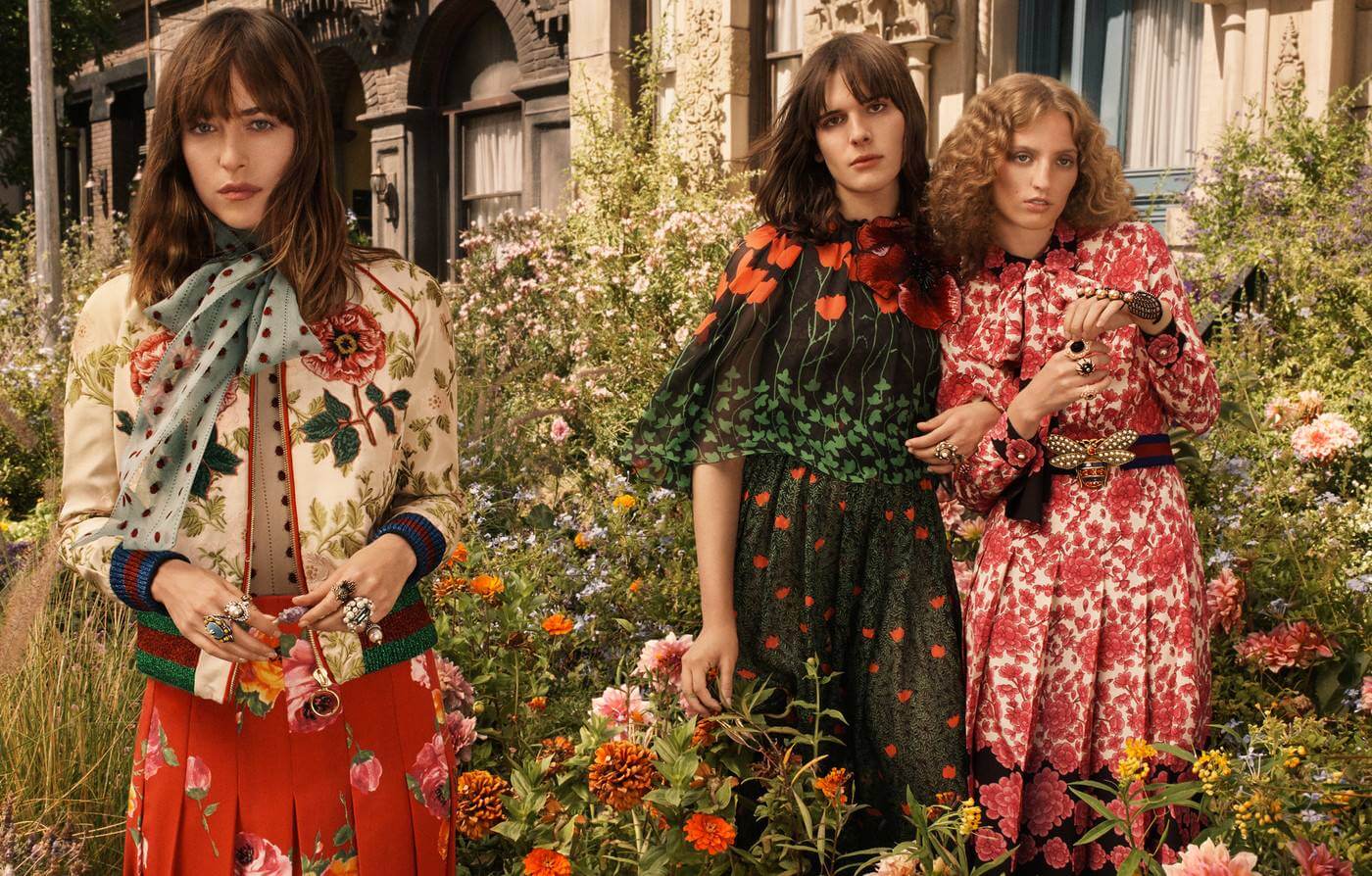 Two agencies are actively focusing on putting trans and gender nonconforming people in ads, runway, and editorial. SLAY, a New York-based agency featured in the 2016 Oxygen series Strut, represents models such as Mimi Tao and Arisce Wanzer, and is profiling trans beauty and excellence throughout the fashion global stage. Across the pond, UK-based agency Crumb recently set up their own non-binary board after signing several non-binary models such as Finn Love, Benedict Douglas and myself. Many of the non-binary models work as drag performers and in London’s LGBTQIA+ night scene, showing the magic that London has to offer once the lights go down.

“It’s about simple processes like a polite reminder on all booking forms that our non-binary models sometimes prefer to be addressed as ‘they/them’ on set and that changing areas should be considered,” a Crumb representative told INTO. “ If at any point they feel uncomfortable we are always on the end of our phones… We rep reality.”

As a member of Crumb’s board, it’s refreshing to be involved with an agency that actively cares for and respects non-binary bodies, and ensures that our safety and wellbeing is of paramount importance. Other agencies out there that want to hire trans and GNC models need to recognize that it’s about listening to them and allowing your agency to adapt. It can be difficult, as the modeling industry is a very binary world, but trans and GNC people have been around forever, and it’s about time we are allowed to thrive in these spaces.

HAPPY HALLOWEEN from all of us at Crumb HQ. The Belle of the Halloween Ball Award has to go to the one and only @_rodent__ …Their boundless creativity in the way they express themselves continues to dazzle us. Have a sneaky peep in our stories to see an excellent example…. 🖤

Models such as Caroline Cossey, who was famously outed by the tabloids in the ‘80s as being trans after modeling for Playboy, were pioneers of their time, and continue to be for trans models, and trans people everywhere. It’s important to recognize these feats of inclusion as something excellent, but it should also just should be the status quo. 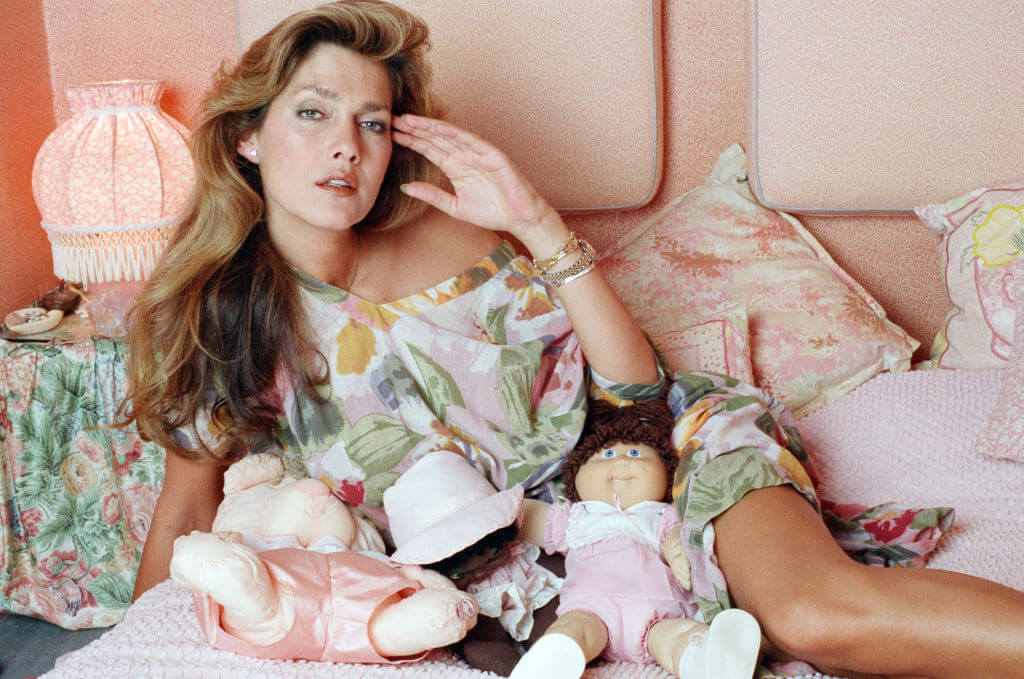 All brands and agencies that cater to large groups of people should strive and include trans and gender non-conforming people in their work and their businesses, without expecting a medal for human decency. They should also begin to really think about the ways in which they’re marketing their products when they try and use gender-fluidity as the next “trend.” We don’t care for your oversized hoodies and tracksuits that you’re describing as gender-neutral, or your boyfriend jeans. Clothes are clothes, and the constant binary categorization of these garments is not only ostracizing to GNC consumers, but lazy.

Trans people exist. And LGBTQ people have outsize spending power, estimated at $987 billion in 2017. We don’t only have a voice, we have an active choice as to where we spend our hard earned coin, and that’s powerful. In a time where brands are easily outed as being transphobic, or shown to be replicating heteronormative and patriarchal structure systems in their businesses, it’s time that this business changes so that trans and gender non-conforming people take their rightful throne within the managerial positions within these companies, so we can begin to make the right changes from day one.