Johnny Saxby is a farmer in Yorkshire. In between the daily grind of tending to his father’s farm, he spends his nights dulling his senses with endless drinks at the local bar and later in the house he shares with his family.

His grandmother may scold him but it is understood that such is the price the young man is paying for the vexing desires he cannot contain within himself. When he catches the eye of a beautiful and coy man in town and later fucks him surreptitiously (avoiding kisses or any other kind of emotional intimacy) he’s all too happy to rebuff any attempt to turn their quickie into anything else. His is a story of the corrosive nature of a painfully repressed homosexuality.

Francis Lee’s God’s Own Country is about undoing the unhealthy life that Johnny has condemned himself to living. The film follows Johnny (Josh O’Connor) as he forms an unlikely friendship with the hirsute Romanian migrant worker his father hires to help during their spring lambing season. 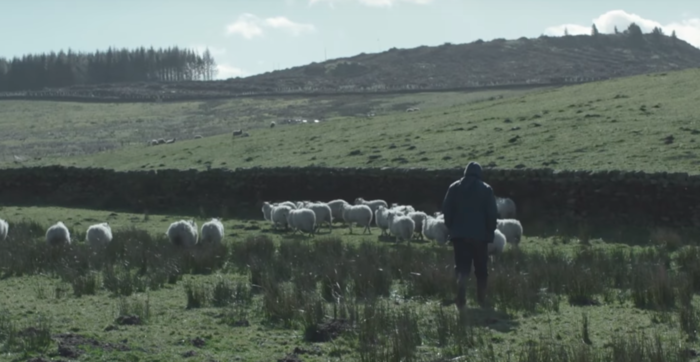 Away from the probing eyes of his family and finally having found someone who lets him see himself with no shame or judgment, Johnny begins to wrestle with the self-hatred he’d so internalized and opens to the possibility of letting those seemingly dirty thoughts he acts on in restrooms with nameless men be part of who he is.

Set against the wind-swept farming landscape of Northern England, this contemporary take on the closet and queer desire cannot help but call forth what has to be one of the most influential LGBTQ films of the last fifteen years: Brokeback Mountain.

That filmed Annie Proulx adaptation painted a picture of a bygone time, using the cowboy as an image of a fading vision of Western masculinity in midcentury America.

Ennis del Mar (portrayed by the late Heath Ledger) was a closed fist of a man, a laconic loner who found tenderness in the wilderness alongside the man who went on to become his lover.

Similarly, God’s Own Country tells the story of how Gheorghe (Alec Secareanu) sands down Johnny’s jagged edges, finding in the aggressive and self-destructive young man someone all too eager to embrace if only he’d let himself be held. Where at first he’s despondent and violent against this new pair of hands around the farm, he finds himself unable to look away from him by the time they get to spend time in close quarters.

A rough fuck eventually leads to a tender relationship that thaws Johnny’s chilly demeanor, to the point where he not only lets himself kiss and be kissed by Gheorghe, but he starts to daydream about the life they could lead together.

This story may seem familiar. Too familiar, perhaps. 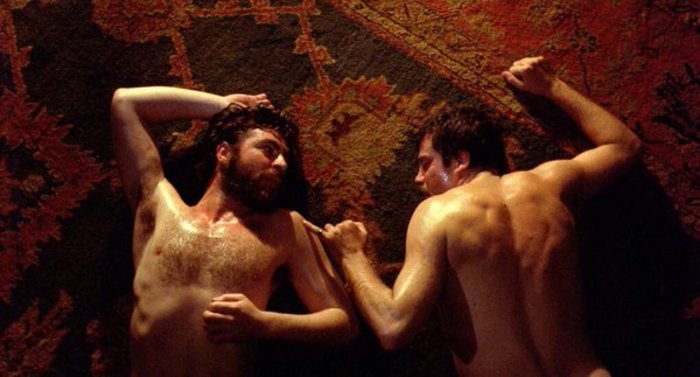 This year alone, Eliza Hittman’s Beach Rats and Luca Guadagnino’s Call Me By Your Name have offered audiences similarly-themed narratives of sexual awakening.

Hittman’s film, for example, takes place in Brooklyn in a pre-smartphone world where its young protagonist spends his days in the Coney Island boardwalk with his straight bros and his nights cruising gay video chatrooms on his clunky desktop computer.

Like Johnny, Frankie (Harris Dickinson) is consumed with an insatiable lust for men’s bodies that’s tinged with shame. He opts to engage in meaningless sexual encounters down by the beach or in anonymous motel rooms that allow him to disassociate his burgeoning desires from any sense of what that may mean for his identity as a quote unquote normal young man like his friends.

Young Elio (Timothée Chalamet) spends his summer days longing for the touch and attention of the graduate student staying at his family’s villa. Unencumbered by the shame that haunts Johnny and Frankie, Elio’s eventual affair with the older Oliver (Armie Hammer) nevertheless still threatens to unravel his life. Those stirrings of yearning are unlike anything he’s felt before and he’s pushed to grow up and accept what that means about himself as the summer progresses, and later still when Oliver has to eventually leave him come fall.

Taken together, and in the context of 2017, these films don’t really harken back to the kind of stories that have become so commonplace in contemporary gay culture. There are no moves to come out in any sense of the word. 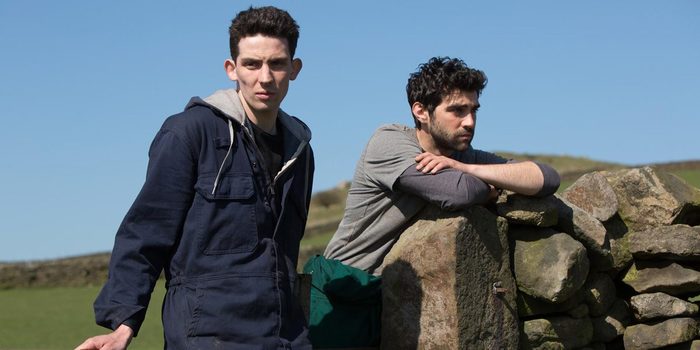 No gestures towards Johnny, Frankie, or Elio moving to become part of a lively gay community. These films refuse to be co-opted as PSAs for any kind of “It Gets Better” campaign. They opt instead to wallow in quiet individual victories (God’s Own Country), virulently violent denouements (Beach Rats) and melancholy endings (Call Me By Your Name) instead. That speaks to the way contemporary filmmakers telling queer stories need not have their characters or narratives stand in for the entire community at large.
But there is something telling about how these takes on budding same-sex desires resist putting pride or openness at the center of their drama.

Away from cosmopolitan urban centersin a rural English hinterland, in a working-class American neighborhood, in a remote Italian townthe tales of these young men focus less on the political possibilities of any kind of gay identity and instead focus on the immediacy of desire.

These films bristle with the intoxicating pull of the male body. Johnny may have mixed feelings about his lust for Gheorghe, but he cannot look away from him. When the two consummate their attraction (outside in the freezing cold, inside in a hay-filled shelter, later still in their respective rooms), the camera follows Johnny’s conflict quite closely.

Lee lets his camera roam around the two men’s bodies as they caress and explore one another, culminating eventually in the kind of hesitant (almost begrudging) kiss that finally signals that the young man feels more than mere lust for his farmhand companion.

Similarly, Beach Rats and Call Me By Your Name immerse you in a world where bare skin is always an invitation, where exploratory hookups are ways of learning about one’s hidden and sometimes shameful desires.

In this, God’s Own Country truly feels like an heir to Brokeback Mountain.
Not just because it yet again gives audiences a look into the kinds of spaces where limited notions of masculinity and sexuality cripple young men, but because, like Ang Lee’s film, this film finds beauty in the tender intimacy between men.

And, where much of contemporary LGBTQ culture rightfully seeks a way to move from the personal to the political, Francis Lee’s film is a reminder that the most powerful stories may still come from wholly individual dramas that exist not just outside, but in ignorant bliss of the flag-waving, out and proud community-driven sensibilities many of us take for granted.

See the trailer below: