It’s 8pm on a Wednesday night in The Glory, a small East London pub. There’s already a queue which snakes around the block, but those lucky enough to be at the front are about to enter a queer haven filled with fabulous misfits taking shots and sipping pints.

These misfits are all here to witness the return of MAN UP, an annual competition (now in its fourth year) founded by Jonny Woo, which aims to crown London’s next drag king superstar. It’s basically a standard talent show, but way less boring; expect judges, drama, and gender-bending performances, all of which come with a side of filthy sex jokes and free-flowing booze. What’s not to love? 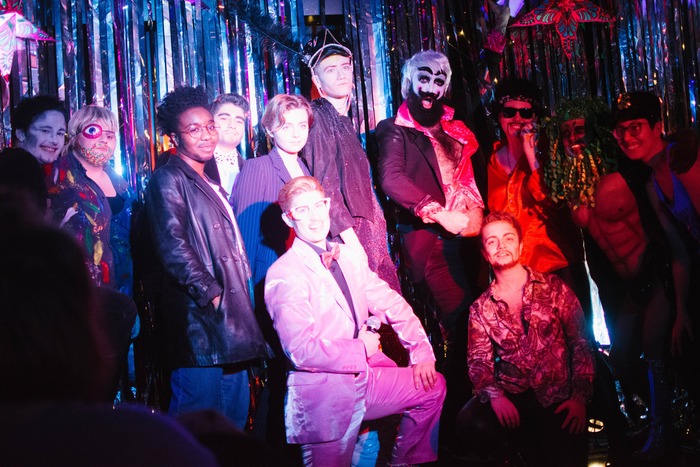 The night kicks off in spectacular fashion, as co-hosts Baby Lame and Adam All emerge from a mass of iridescent gold tinsel which acts as a makeshift stage curtain. They’re both dressed as giant cocks; together, they bounce off of one another (sometimes literally) and storm through a live performance. This sets the tone for a gloriously camp night of laughter, live music, and stand-up comedy which demonstrates the varied, often-ignored talents of drag kings.

“This competition has been a massive turning point and a brilliant platform,” explains All, a respected king in his own right and co-founder (along with his partner, Apple Derrieres) of equally prominent drag king cabaret BOI BOX. “This year we have roughly 40 or so entrants – in the early days, I would never have imagined that many kings existed here! 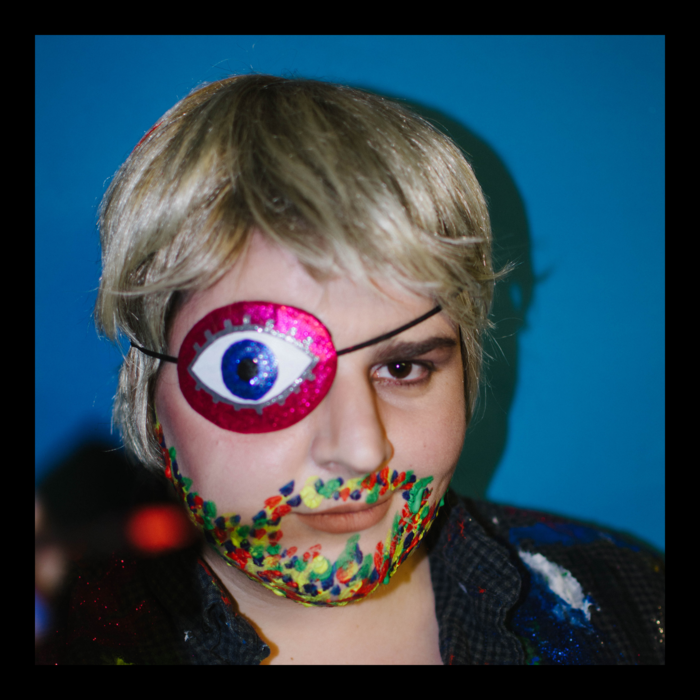 “It’s a warm competition; we are a brotherly community, so there is an element of connection and networking that makes it doubly worth entering, even if you are performing for the first time.”

This family ethos is exemplified by the presence of Don One, a guest judge with his own history of performing at MAN UP. “Don One was actually born in 2015 after entering the very first MAN UP competition at The Glory,” he enthuses, further cementing the emphasis on community which runs through the night. Despite not winning, he was invited back to perform at the Glory’s live cabaret and then to co-host the competition. 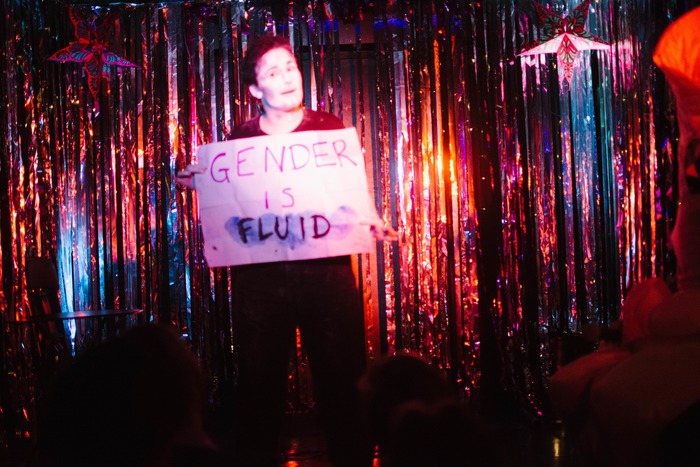 It’s not hard to see why – Don One offers witty, biting critique as a guest judge and consistently invigorates the crowd, bringing a sense of charisma to the competition. The acts themselves are impressive and innovative; some wear beards fashioned from paper ribbons (the heavy metal god Oedipussi), others send the audience into a frenzy with seductive live vocals (the relentlessly smooth Elliot Hunter), and some play instruments made from horns strapped to kitchen equipment (the creative, wildly energetic Max Legroom).

No holds are barred – the format is deliberately broad, offering contestants full creative freedom – and the results are spectacular. The night also offers crucial visibility for drag kings, often forgotten in the wake of RuPaul’s seminal franchise and its decidedly femme-focussed haze of hairspray, feathers, and corsetry. 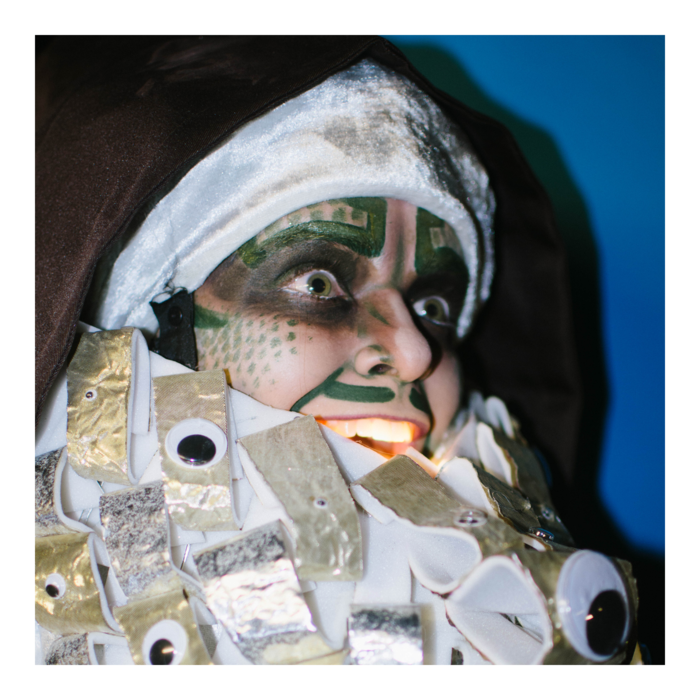 This visibility becomes doubly important in the context of discussions around queer history which often erase the presence of queer women, as well as the widespread misogyny and racism which still permeate gay bars in even the world’s most progressive countries. Then, there is the growing number of commentators attempting to claim that gay men have some kind of ownership over drag – which isn’t true. The sum of these parts is the increasing marginalization of drag kings – both in and out of drag.

The success of events like MAN UP – which is free entry but sees The Glory packed to the rafters – shows that there is a genuine appetite to see more kings strut their stuff. “The drag king scene here in London has completely transformed since I started performing in 2008,” explains All, who fell into drag after donning a tongue-in-cheek pinstripe suit at a New Years Eve party at just 17 years old. 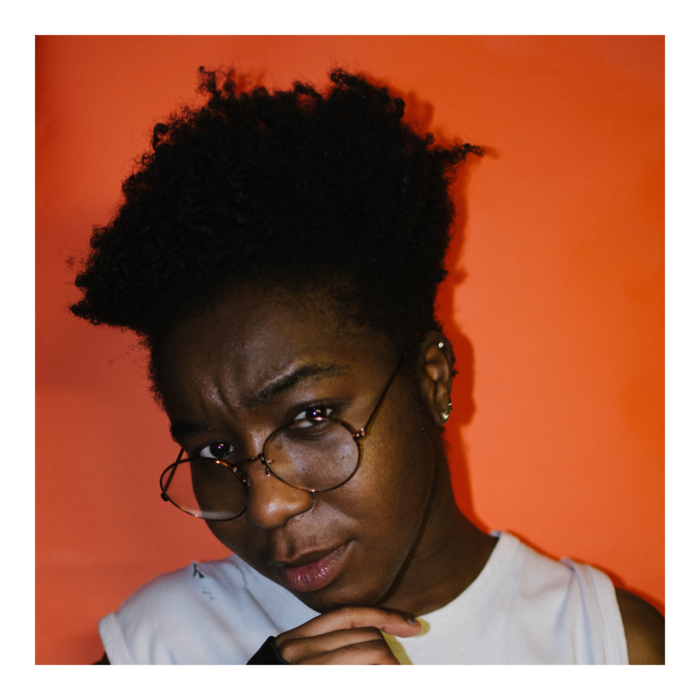 “Back then, kings here in the UK were few and far between – in my research I’ve found maybe four or five who performed around that time,” says All, who shared that he and his partner have spent 10 years building and connecting with the community globally especially online. “We didn’t have social media as intensely as we do now, so we were quite isolated aside from a few local communities I only found out about years later.”

“It’s a revolution, and it’s changing the game in queer cabaret,” All continues.

Don One also agrees that representation on local scenes is improving hugely: “We’re not underrepresented on the scene, but we are in the media. We need a new ‘drag king race’ show, and I’m happy to host it!” He goes on to highlight the importance of events like MAN UP: “They provide a platform for new and existing drag kings to present themselves. All queer performance art is important, and venues like The Glory do a great job of giving both old and new performers that positive space to express themselves.” 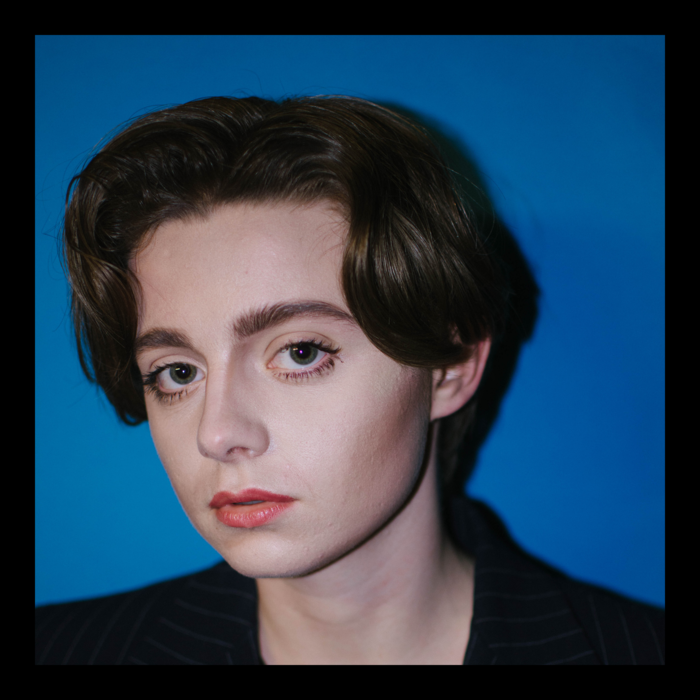 Better still, a handful of these contestants have the potential to become genuine stars; the guest judges eventually decide (after a few bottles of bubbly and an impassioned argument) to send Elliot Hunter, Muchachico, Oedipussi, and Orlando through to the final, four wildly different acts whose talents range from stand-up to striptease.

These fresh faces all highlight that there’s genuine diversity to be found in your local drag king scene – you just might not know it. For now, it’s worth scouring through social media, attending your local queer nights, and actively scouting new performers because drag kings do exist, and they’re more than worth your time. Tonight’s roster hammered this point home.

As the lights dim and contestants flood to the dance floor to shake their taped, padded, and bejeweled bodies to Janet Jackson, it finally feels like 2018 could be the year that drag king visibility goes global.