It took four nominations, and a career that spans decades, but 89-year-old writer and director James Ivory finally won his Oscar.

The Call Me By Your Name scribe took home his first Academy Award for his adaptation of Andre Acíman’s 2007 novel. He did so while wearing a shirt emblazoned with Call Me star Timothée Chalamet’s face on it, only making him more iconic. 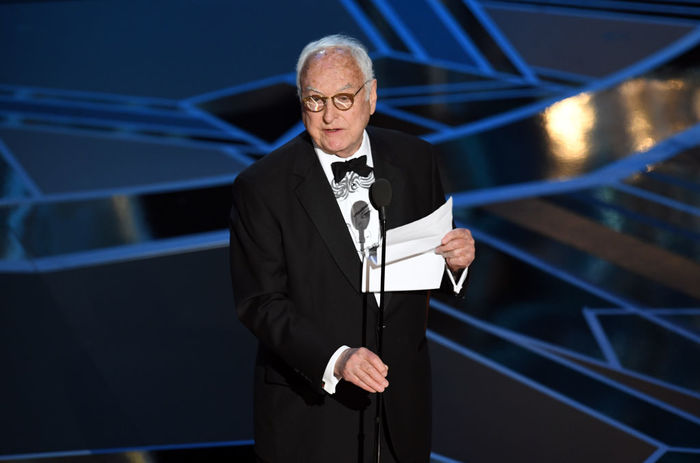 Ivory’s win is likely to be the only one for Call Me By Your Name tonight, as Chalamet is expected to lose Best Actor to Darkest Hour’s Gary Oldman, while the film is not considered a threat for Best Picture, despite its nomination.

That said, Ivory finally taking home gold, plus that incredibly queer five minutes earlier, gave us a lot of pleasure. Considering how underrepresented LGBTQ art is at the Oscars anyway Moonlight being the wonderful exception this year’s ceremony has given us plenty to be emotional about.

Kevin O'Keeffe is a writer and 'RuPaul's Drag Race' herstorian. He covers film and TV for INTO, and writes the movie review column "But How Gay Is It?" every Friday.