Today, Netflix dropped the series finale of Sense 8, a show that is not only from a trans writer/director, Lana Wachowski, but also stars trans actress Jamie Clayton in a trans role, something still sadly quite revolutionary. INTO caught up with Clayton at the series finale premiere in Los Angeles, where she spoke on representation and her on-screen relationship with Freema Agyeman, who plays Amanita. 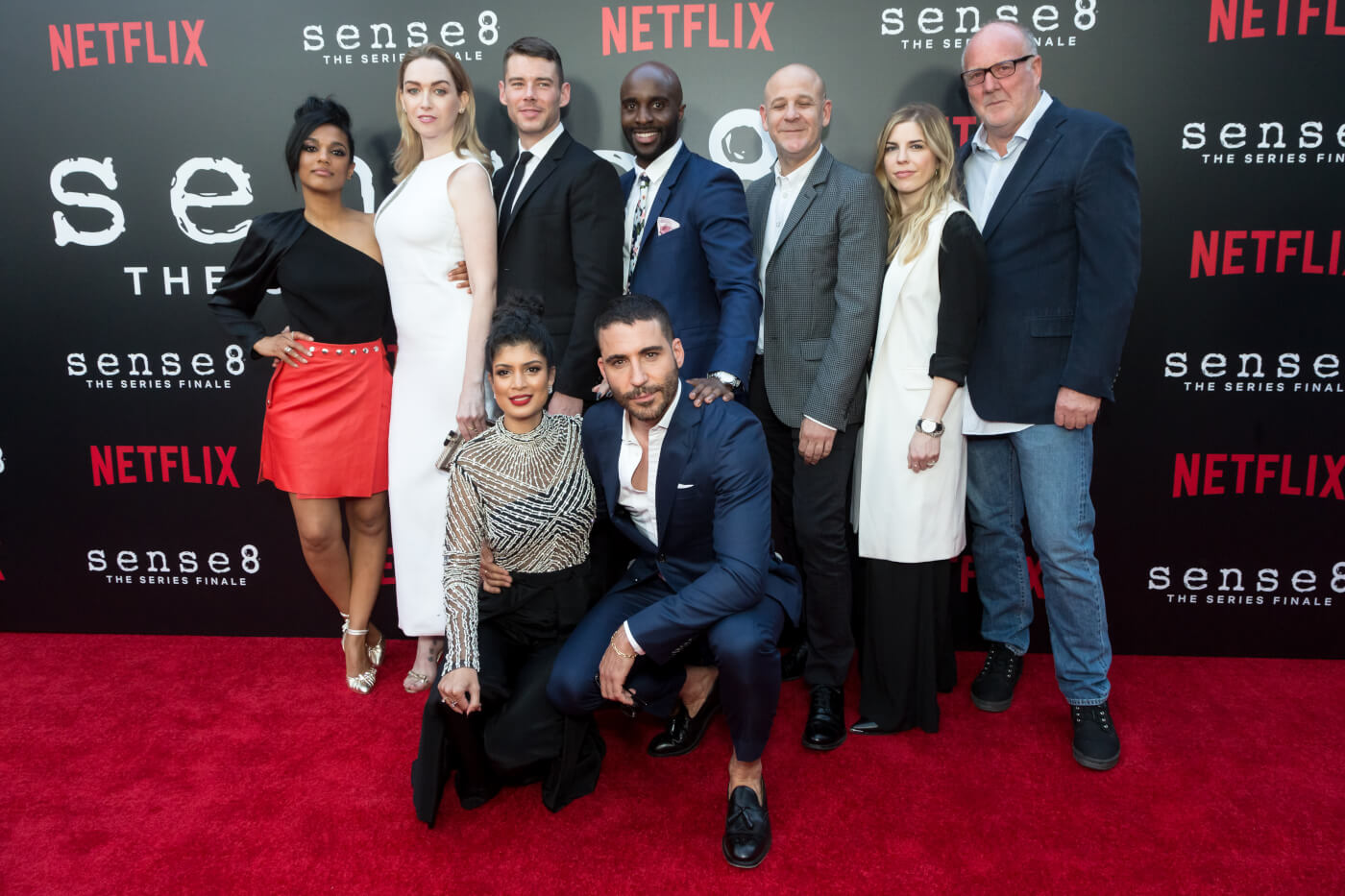 What has it meant, personally, to be a part of the show that has affected so many people worldwide?

It makes sense. For me, for everything that I do, for as long as I’ve been out, as long as I’ve been comfortable with myself, as long as I’ve been trying to be more comfortable with myself, if I can give that back to anyone in our community, especially people living a trans experience — whatever kind of trans experience that is — I want them to know you can be happy, you can be successful. Because I wasn’t for so long, I was not happy and I’m really happy now and it’s only until I stopped caring what everybody else thinks, that I truly became happy. And if I can give someone that by being on screen, I didn’t have characters like this when I was transitioning. So if I can give that back to the community, I’m going to keep doing it as much as I possibly can with any role that I take.

A lot of fans are sad about the show coming to an end. What would you say to fans who are LGBTQ or part of marginalized communities?

Well, the amazing thing about the show is it’s on Netflix so people can still tune into it, you know, years from now, if they wanna go back and have a feelgood moment and use it for inspiration, or if they meet someone new and want to turn them onto it, it’s going to be there. It’s not going to go away and it’s going to be a whole story now. This finale has an ending to it, and so it’s gonna be a story. I’m out there, I’m working, I’m auditioning for a lot of other things and there are amazing characters that are being written because I think people are finally realizing — the people at the top are finally realizing ‘OK, we need to open up the doors to the writers’ rooms. We need to hire queer producers, not just these token characters that are stereotypes and tropes of what it means to be trans, what it means to be gay. We see it a lot with Pose especially — what Ryan [Murphy]’s doing on that. Who knows if Sense 8 was an inspiration to him? I like to think that maybe it was.

So many fans also loved the love story for Nomi and Amanita. What did it feel like to see that support?

I mean, I was thrilled. I had no idea what kind of reaction the show was going to get. As an actor, you sign onto a project and you hope it resonates with people and that they like it, but I had no idea. When we met, I was a huge fan of hers — I’ve told this story so many times — I was a huge fan of hers from The Carrie Diaries. … When we met, we hit it off and I felt so, so, so lucky because as an actor, to have such strong chemistry on screen and off with another actor, it’s such a gift. And we just got closer and closer and closer. The more we shot, the more cities we went to together, the more dinners we had, the more late nights talking over glasses of wine, we just closer and closer and closer and she’s honestly one of the most incredible women I’ve ever met in my entire life and I could not have been Nomi without her being Amanita. Full stop.

The Sense 8 season finale is on Netflix now.