I woke up to an urgent Instagram DM from my friend Arizona asking “Is Janelle Monae making out with Tessa Thompson? Is this a wet dream?”

Monae had released a trailer (or what she refers to as “an emotion picture, a narrative film and accompanying musical album”) for her forthcoming album Dirty Computer, and while she and Ms. Thompson do not appear to be making out (yet), they are caressing each other’s faces lovingly.

“They drained us of our dirt,” Monae says in the Black Mirror-meets-Westworld esque teaser, which will also play before select screenings of Black Panther, “and all the things that made us special.”

There’s no release date yet, but now we’re salivating for the songs and the imagery she’s shot to coincide with the eventual blessing that will be Dirty Computer.

Rumors have swirled around Monae and Thompson’s friendship being romantic, but neither have confirmed anything other than the aforementioned close touching and social media associations. Obviously, the lesbian community is quite hopeful that this power couple will come to fruition because, damn. 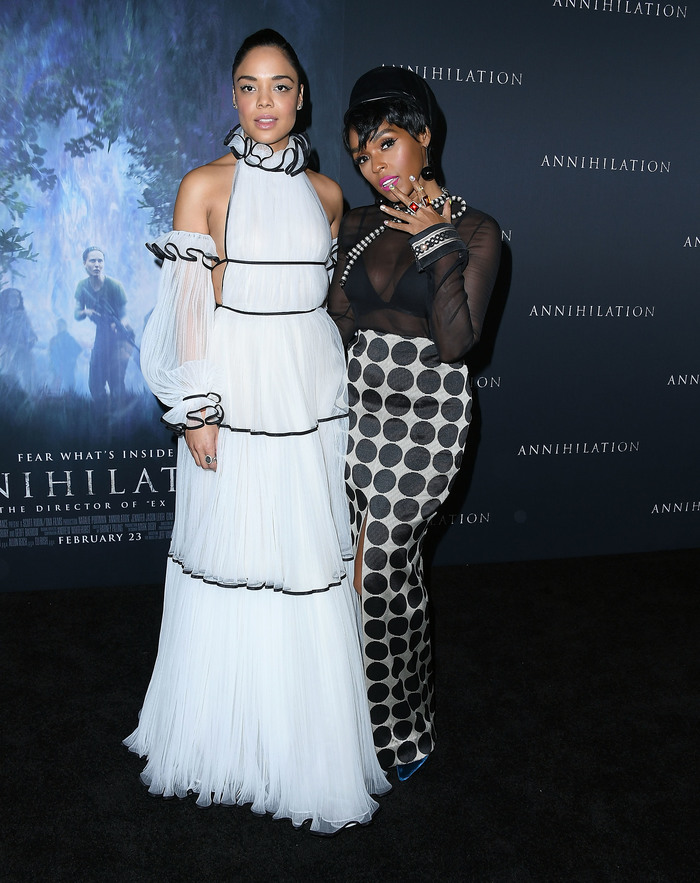 This seems like the perfect time to let you all know that I saw Tessa Thompson on the street at Sundance and when I told her how much I loved her speech at the Respect Rally earlier that day, she put her hand on my arm, so.