This week, Jay-Z is a guest on David Letterman’s new Netflix series, My Guest Needs No Introduction, and while we are still furious with him for cheating on Beyonce, he speaks openly and with so much love regarding his mother’s recent coming out, so.

“Imagine having lived your life for someone else,” he tells David Letterman. “And you think you’re protecting your kids. And for my mother to have to live as someone that she wasn’t and hide and like, protect her kids–and didn’t want to embarrass her kids, and you know, for all this time. And for her to sit in front of me and tell me I think I love someone. I mean, I really cried. That’s a real story. I cried because I was so happy for her that she was free.” 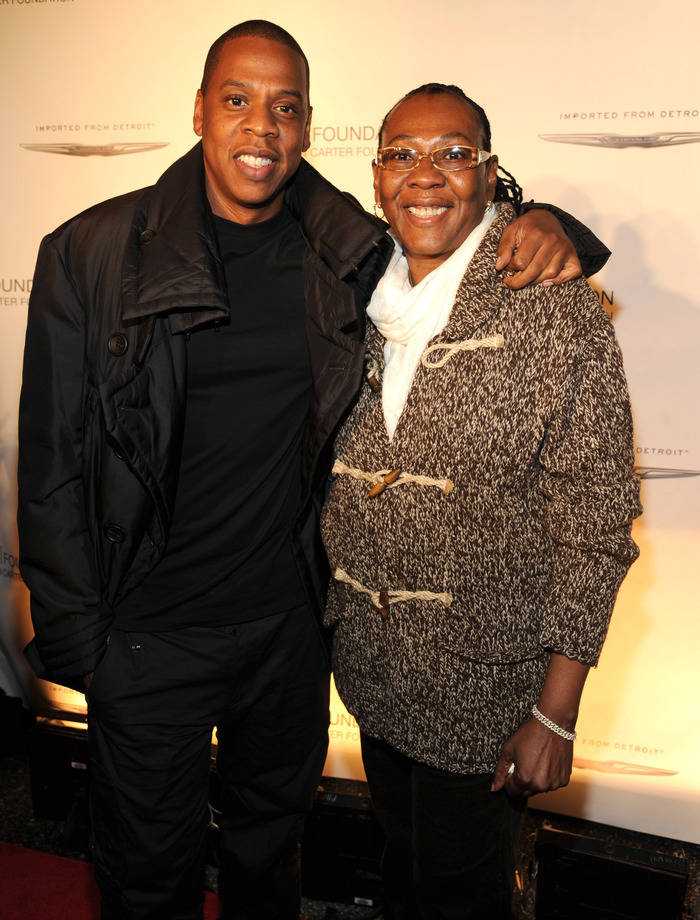 Jay revealed this coming out happened just about “eight months ago” when he was recording his last album, 4:44, which featured his mother, Gloria, on the track “Smile.”

He tells Letterman that he knew she was gay, but this was the first time his mother ever talked about it with him.

Gloria Carter read a poem she wrote, “Living in the Shadows,” on “Smile,” which served as her public coming out as well as the first time Jay-Z acknowledged having a lesbian mom.

“Me and my son share a lot of information, so I was sitting there and I was telling him one day, I just finally started telling him who I was,” Carter told Rolling Stone. “Besides your mother, this is the person that I am, this is the life that I live. So my son actually started tearing, because he was like, ‘That had to be a horrible life, Ma.’ And I was like, ‘My life was never horrible, it was just different.’ So that made him want to do a song about it.”

She also told the music magazine why she had chosen to stay in the closet until recently.

“I was never ashamed of me, but my family, it was something that was never discussed,” she said. “Because everybody knows who I am, I don’t hide who I am I’m tired of all the mystery. I’m gonna give it to ’em. I don’t have to worry about anybody wondering whether I’m in the life or not–I’m gonna tell them. Now it’s time for me to be live my life and be happy, be free.”

Now I’m crying Jay-Z happy tears, which I think start out like this.

Images via Netflix and Getty