Jen Cloher spent the better part of last year opening for partner Courtney Barnett, who toured the United States with collaborator Kurt Vile. Now Cloher’s embarking on her own tour, and it’s Barnett who will backing her mate up.

Both from Australia, Cloher and Barnett have been lurking in the background in each other’s work as well as dueting on the song “Numbers,” an indie bop riffing on their age difference. (Cloher is 44; Barnett is 30.)

The couple donated the song to an Australian marriage equality compilation, Thirty Days of Yes, and now, Cloher tells INTO she’s thrilled to say that same-sex marriage is legal down under.

“It’s been fantastic. Just such a wonderful, positive result,” she says. “I think something that we really needed. I think we need it around the world as well. It’s been a bit of a dream time. So yeah, it’s been wonderful. And I think you kind of discount how much it means until it happens. It’s actually been quite moving. I’ve had a few moments where I’ve just quietly reflected on how wonderful it will be for young people who have grown up and discovering who they are and just knowing that they have equal living rights.”

Cloher and Barnett are not married (yet), but their partnership is enviable. While Barnett has had a more mainstream career (playing on Ellen and late night shows, a 2016 nomination for Best New Artist), there isn’t any jealousy or contempt on Cloher’s behalf. Instead, Cloher sings about the experience of dating another musician on her new self-titled album.

“I went out on the road with my girlfriend/I watched her have the career most people dream,” she sings on “Shoegazers. “It doesn’t sound so bad/Buffet breakfast on the terrace/Young men wearing glasses and sweaters/But it’s exhausting up here on the surface.”

And on the romantic “Sensory Memory,” she croons about missing Barnett when they’re apart, taking care of the cat when they don’t join each other on the road: “But you know I’m always here/When you get home.” 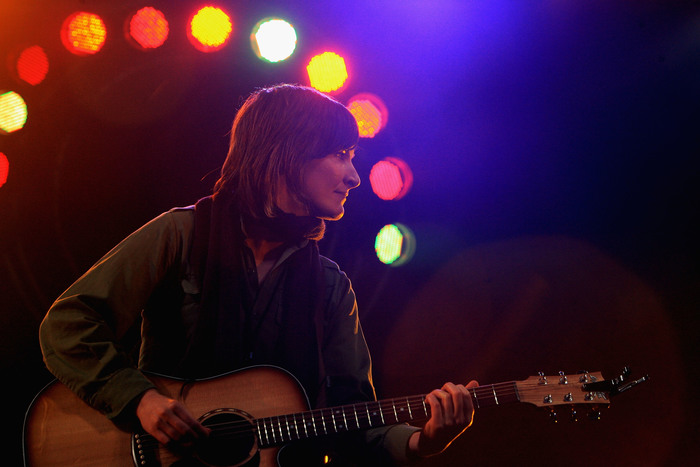 This kind of straightforward storytelling was a challenge, Cloher says, but one she enforced for herself.

“I guess if I held one thing up as a challenge for myself with this record is to be entirely honest; to not shy away from telling my truth and just talking about the truth,” she says, “because I feel like we live in a world where the powers that be don’t encourage us to be honest. It’s a lot of lies and a lot of mixed messages, and I think I really wanted to hold myself to honesty and not conflate anything and write openly and frankly and not hide behind music. Which can be scary, you know, when songs come out and you talk openly in your music, it can upset people.”

To illustrate how personal the album (Cloher’s third) truly is, the cover artwork is a black and white photo of Cloher’s nude back as she sits on a bed, playing the guitar. She said it was inspired by a shot at a gallery she saw in Chicago while mixing the record.

“I saw a painting there of a woman, and she was sitting on a bed, playing the guitar, looking out the window. And I said to Courtney, ‘That would be a great album cover.’ Really beautiful, you know?” Cloher says. So when it came time to take some promotional shots, she thought the image was perfect for such an intimate album. 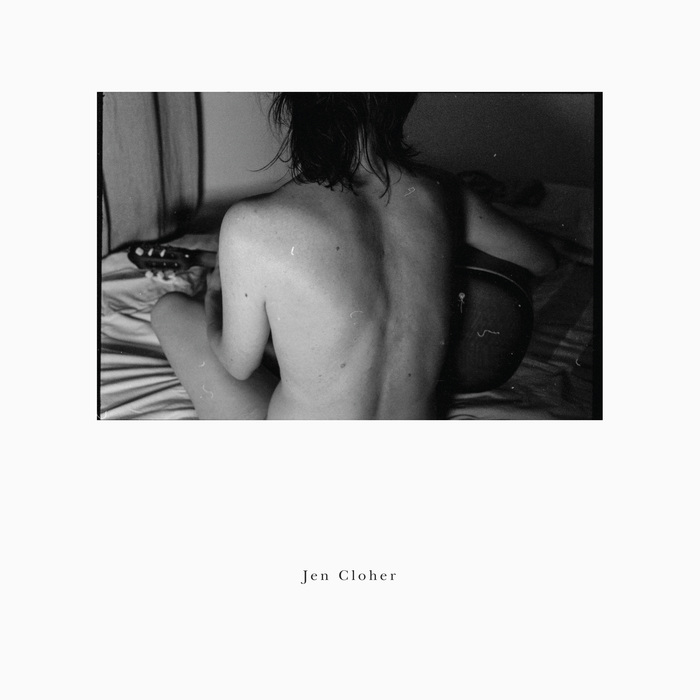 “There’s something about that image that invites you in, but not all the way in,” she says. “It’s my back. It’s a very private momentyou’re not quite sure if I’m playing to someone in the room, is it just a quiet reflection, or am I sad? Am I happy? We don’t know. But I think it also really kind of reflects that the album is intended to be a very personal one and I’m quietly sharing my story through the songsit’s my narrative.”

Cloher’s album includes not just love songs or musings about life on the road, but on being an artist in Australia (which she says can be “isolating”) as well as feminist empowerment. On “Strong Women,” Cloher sings: “When I was young/I wanted to be Jon/It wasn’t hard/Short hair, no curves to speak of/I could do things/I couldn’t do as Jen/Ride bikes with boys/Kiss girls and make some noise.” By the time the rousing chorus kicks in, Cloher is singing about periods and being seen: “This world it wasn’t made for women/You know even before you’re bleeding/I’m sorry, can’t you hear me speaking?/How is it now, now that I’m screaming?” It’s a more rock ‘n roll riot grrrl; a less poppy version of “Just A Girl,” and timelier than ever.

“I don’t think that there’s this huge distance between men and women,” Cloher says. “I think that most people want the same results. Most people, as we’ve seen in this country, want equality. Most people want people to have the same opportunities. And that’s reallythat’s the reflection I see when I play, and I’ve never felt like I’m alienating men in the audience because they’re rocking out. It’s a rock song if you don’t listen to the lyrics.” She laughs, and says that the most important thing about the song to her is “talking about my experience on my own, and having the confidence to have a voice and not to be silent and to express how I feel.”

Cloher’s experience in the music industry is not just relegated to a musician; she’s also the owner of Milk! Records, home to women, queer, and gender non-binary bands and artists. So when she’s singing about her experiences as a woman in the world, it’s as an artist and a business owner where, she says, she makes sure to keep gender parity as a priority.

“At a certain point in time, we have to kind of walk the walk and make decisions about where you’re going to play, and does this business support women and gender non conforming people? Is there equality in partnerships, business partnerships? What’s been this past business practice? Am I working with people who believe women should be treated as equals in the business? What do those structures look like? Do they bill women at the top of their annual festival? Do they make sure there’s at least 50 percent women? I think it’s looking at it from that perspective,” she says. “Certainly, personally, both myself and Courtney have made decisions with just in that very immediate level of recording with women engineers and technicians because if you don’t make those sort of changes at a very basic immediate level, nothing changes. You have to make personal choices about the people you employ. And people will tell you, ‘It should be the best person for the job,’ but also if we don’t employ more women on principle, then nothing changes. I think it’s really good to call yourself into account and look at who do I employ? Is their gender parity? Is there equality?”

With most music festivals still refusing to book women as headliners (Bonnaroo, for example, has all male headliners for the fifth year in a row with only 26 women acts out of 150 total), Cloher says it’s a sexist scenario that she feels a personal responsibility to rid of to the best of her ability.

“You usually have to count down about 10 artists before you even get to one that has a woman on the list,” Cloher says. “That kind of thing you go, that isn’t a mistake. That isn’t because men are better at music. That’s ingrained cultural misogyny that most of us are enacting without asking why. And if we want to change the status quo, we have to hold people accountable for it, or it just continues on.” 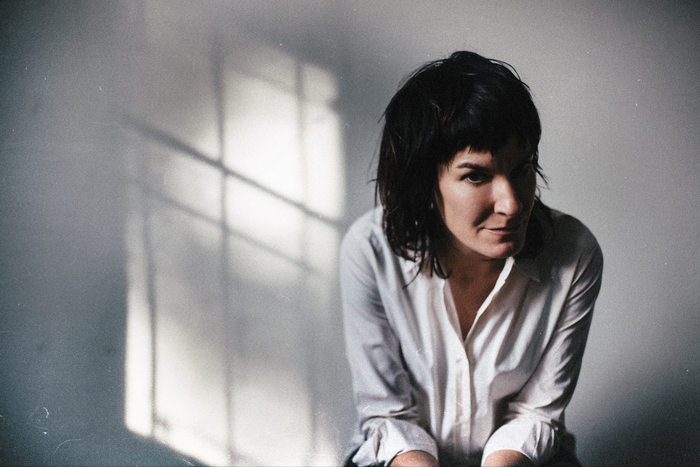 As she brings her brand of unapologetic feminist, queer rock ‘n roll from Australia to other parts of the world, Cloher is the kind of artist whose authenticity we can only hope will rub off on the rest of the industry. And with a partner like Barnett, that’s one queer feminist power couple, who will make it legal sometime soon because now they finally can.

Images via Getty and Grandstand Media