Former Trump advisor and Apprentice contestant Omarosa Manigault-Newman warns that having Mike Pence as president would be “worse” than Donald Trump.

Newman, who is currently competing on the newest season of Celebrity Big Brother, advised her housemates to drop any hopes that Trump will be impeached over speculation he colluded with Russia to influence the 2016 election. After having an inside look at the White House as the director of communications for the Office of Public Liaison, she claims Pence is “scary.”

“As bad as you all think Trump is, you would be worried about Pence,” Newman told the other castmates, who include Mark McGrath of Sugar Ray, RuPaul’s Drag Race co-host Ross Mathews, and American Pie’s Shannon Elizabeth.

“Everybody that’s wishing for impeachment might want to reconsider their life,” she said. “We would be begging for the days of Trump back if Pence became president is all I’m saying.”

The 44-year-old, who also served as an advisor to her former Apprentice boss in a vague role, claimed the former Indiana governor believes that Jesus Christ speaks to him directly. She referred to Pence’s religious views as “extreme.” 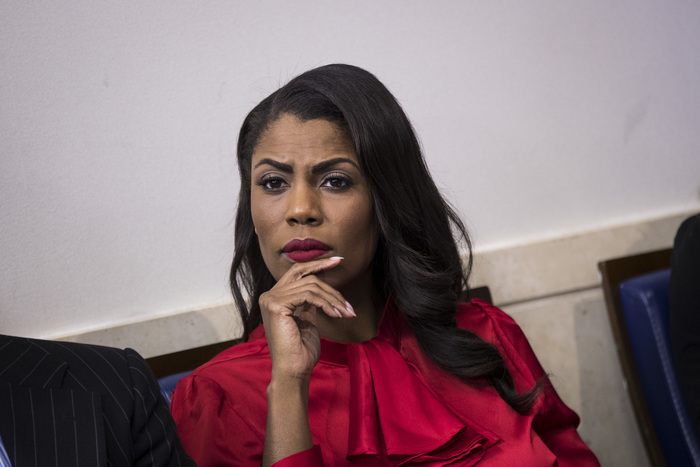 “I love Jesus, but he thinks Jesus tells him to say things,” Newman continued. “I’m like, ‘Jesus ain’t say that.’”

As the governor of Indiana, Pence signed into effect the Religious Freedom Restoration Act, which allowed people of faith to discriminate against members of the LGBTQ community in the name of religion. That bill would be amended to excise discriminatory language after its passage led to a $60 million boycott of the state.

The Christian conservative has continued to pursue a similar policy at the federal level since being tapped as Trump’s second-in-command.

Pence was alleged to be a major cheerleader in the White House pushing Trump to sign a sweeping executive order giving wide latitude to religious people to discriminate against queer and trans people. That order was reportedly tabled at the urging of Trump’s daughter, Ivanka Trump, and her husband, Jared Kushner.

The president would later joke in a New Yorker profile that Pence “wants to hang” LGBTQ people.

This is only the latest time that Newman has spoken out against her former employers on the CBS reality show. She has previously claimed to be “haunted” by Trump’s tweets and told co-star Mathews that the country would “not be OK” as a result of his tenure in the White House.