Jordy Rosenberg’s debut novel, Confessions of the Fox, is perhaps best summarized as “difficult to summarize.” A work of historical fiction rife with anachronism, a manifesto and a literary thriller, a confession and a misdirection, this book seems to change shape as you read it, insistently questioning how we know what we think we know.

Loosely based on what little documentation exists of legendary English thief and gaolbreaker Jack Sheppard, Confessions of the Fox explores a vibrant 18th-century London underworld, populated by queers, sex workers, rogues, pirates, body-snatchers, and corrupt cops. It posits that Sheppard was a trans man and his lover, Bess, was a queer woman of South Asian descent, writing against the tendency to homogenize history and erase marginalized bodies.

In Confessions, Sheppard – ousted by his family of origin for his gender non-conforming ways – escapes a carpentry apprenticeship resembling indentured servitude to live with Bess, a sex worker and guerrilla anti-capitalist. As he discovers his talent for theft that borders on the metaphysical, and takes enormous risks to reconcile his body with his gender identity, Bess tries to awaken his attention to the encroaching threat of gentrification and policing. Jack’s gifts and Bess’s ideals, combined with an elixir of mysterious origin, bring them into the path of Thief-catcher General Jonathan Wild – not just a police officer, but a conniving villain manipulating people on both sides of the law for his own profit.

But Jack and Bess are only half the story. The other half takes place in a slightly distorted present day, as Dr. Voth, a transgender professor (like Rosenberg) facing disciplinary action from his administrators, discovers a centuries-old manuscript that appears to be Sheppard’s long-lost memoirs. In the process of annotating the manuscript and interrogating its authenticity, Voth is moved to reflect on his recent heartbreak and the blossoming attraction he feels to his neighbor. When his university’s “Dean of Surveillance” and a predatory academic publisher learn of the book’s existence, Voth must fight to keep Jack’s confessions from being co-opted and exploited – a battle carried out in footnotes to the main text, many of them long enough to constitute chapters in their own right. 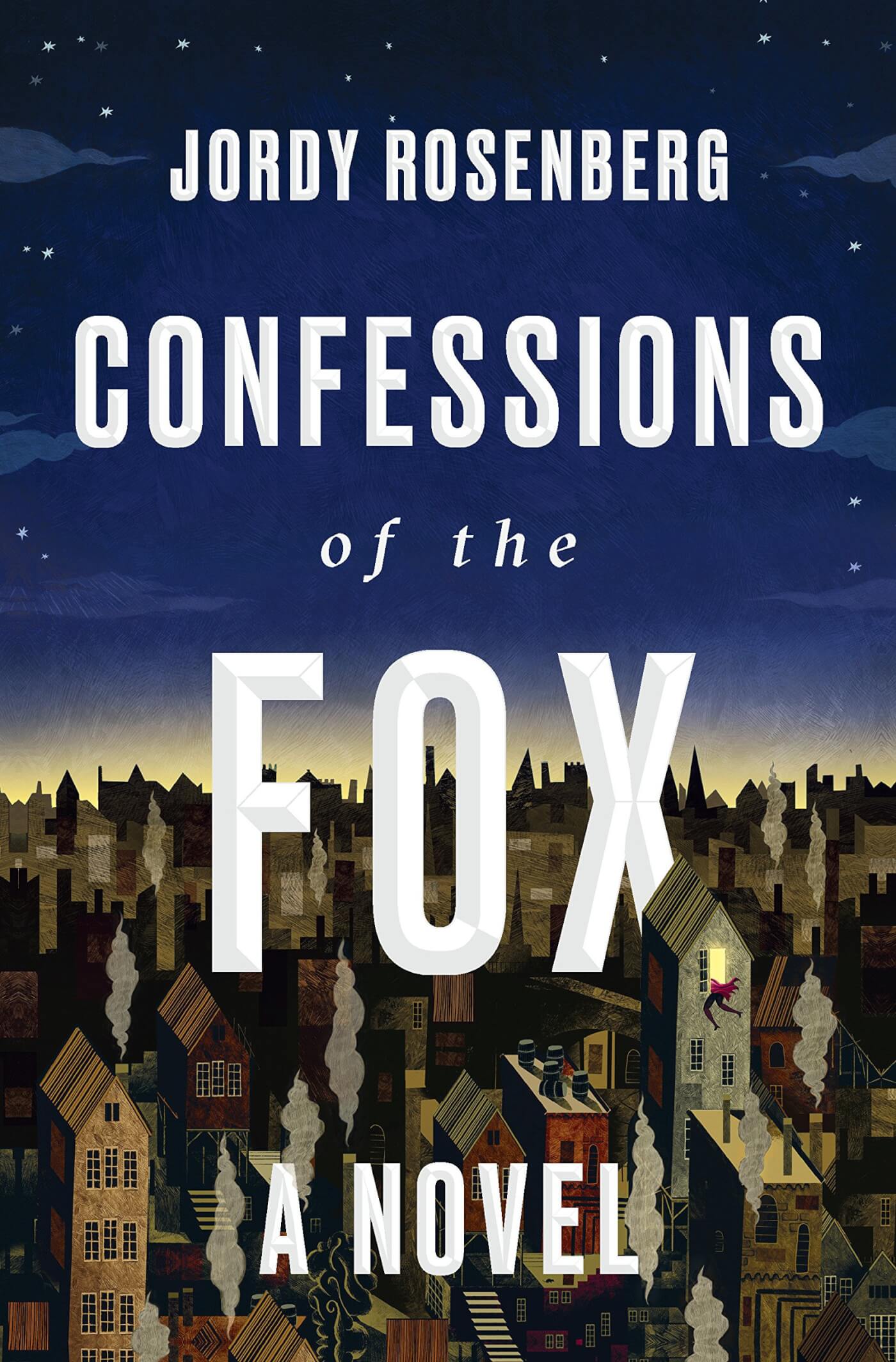 Confessions of the Fox isn’t just a mystery or a love story, though it does both of those things very well. It’s also an ambitious experimental text considering the purpose of the archive and its potential for resistance. The novel doesn’t eschew genre conventions so much as it distorts and remixes them to create something intriguing and occasionally disorienting. “People expecting straight-up historical fiction may feel a little cranky about it, which is OK with me,” Rosenberg told INTO.

Given how difficult it is to explain Confessions of the Fox in a sentence, it’s perhaps unsurprising that some publishers were reluctant to take it on. Rosenberg recalls being asked repeatedly whether he wanted to write a memoir instead. However, he found an eager partner in the recently re-launched One World imprint of Random House. “I was so moved,” says Rosenberg, “that they were committed to making a space for a trans author to write fiction, and not to have to justify the work by producing myself as a case study model.”

The tension between the reality of trans experience and the “case study model” is sharply satirized in Confessions of the Fox. Dr. Voth’s hopeful publisher for Sheppard’s memoirs nags the professor to add salacious details and even illustrations where the original document demurs. The dialogue they carry out via footnotes reenacts Rosenberg’s internal struggle during the writing process. Not wanting to write a story that fetishized trans bodies for a presumed-cis audience, Rosenberg says he initially tried to avoid writing anything titillating at all. “I thought, I have to write something that refuses that prurient gaze in an absolute way, and that led to anxiety that created constraints on the writing.”

The solution finally suggested itself in Confessions of the Fox’s innovative doubled narrative. In the manuscript proper, the story of Jack and Bess, specific details about acts and bodies are elided or redacted, making a negative space for what the author chooses not to share. But in Dr. Voth’s footnotes, we see more explicit descriptions of trans bodies, sex, and pleasure. “I allowed him to have messy feelings,” says Rosenberg. Dr. Voth’s commentary, reactions, and tangents allow for the story to be told one way while still speculating about other possibilities, and this is one of Confessions of the Fox’s greatest strengths. There is no single, unifying “trans story,” either for Sheppard or Voth.

The story isn’t just an exploration of love and gender identity against a backdrop of period-piece grime; it’s an origin myth for evils so ingrained at a societal level that it’s hard to think of them as having originated anywhere. Jack, Bess, and the rest of the cast of rogues are all driven to increasingly dangerous feats by the paranoia and surveillance that suffuse their city, which are in turn driven by Wild and his ilk’s profiteering. Rosenberg says, “The novel is motivated by historical questions which are political questions, because when you understand the origins of certain contemporary conditions that seem like eternal facts, like capitalism and the police, you realize it came into being and it can un-come into being.” Bess, in particular, incisively reminds the reader that these methods of dehumanization long precede a single terrifying individual or administration and will require radical acts of imagination and resistance to dismantle. 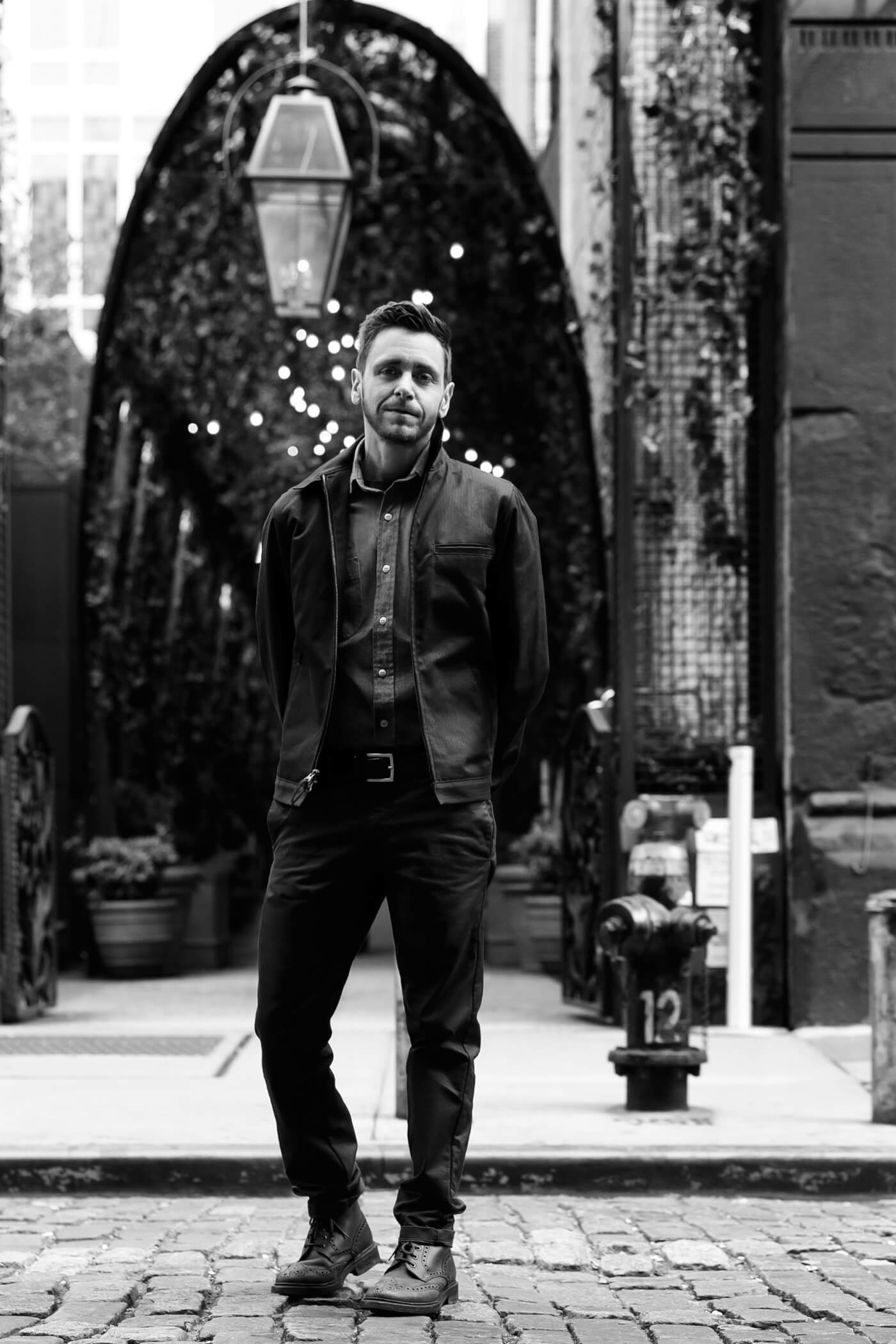 These are challenging, dangerous ideas, potentially flammable, heavy with secret truths. Rosenberg doesn’t pose his characters for display like specimens in the zoo Jack and Bess visit to find the secret of “the elixir,” but Confessions of the Fox is still a vulnerable book. It doesn’t make a spectacle of its inhabitants’ bodies, but invites the reader into the messy truth of their humanity, their love and fear and desire and rage. The book seems written in whispers, both Sheppard and Dr. Voth hoping their stories will find their way to those who need them while evading the gaze of exploitation and commodification. “People are going to read it in ways I can’t anticipate,” says Rosenberg. “It’s a little like teaching in that way – you have to teach to the benefit of the doubt.”

Confessions of the Fox is available now.