Mexican-American actress Daniella Pineda is one of the first diverse people to be cast in a Jurassic Park movie—a monumental move that comes embarrassingly late for the extremely white franchise. In its latest iteration, Jurassic World: Fallen Kingdom, the actress plays paleo-veterinarian Dr. Zia Rodriguez, and according to Yahoo Entertainment, she revealed in a moderated chat that her character was originally intended to be gay—but that reveal was cut from the movie.

Jurassic Park was so close to being a lesbian movie— Laura Dern’s Dr. Ellie Sattler has been heralded by queer women for her iconic gay aesthetic, with her belted khaki shorts and salmon-colored button-up. It seems like a no-brainer that, eventually, one of the female doctors in the franchise would be queer. Apparently, one was, until the male creative duo, director J.A. Bayona and co-writer/producer Colin Trevorrow, decided that tidbit wasn’t important.

Pineda described the scene in question, which happens in the beginning of the movie—Zia comes out to Owen Grady, played by Chris Pratt, while they’re getting to know each other before the mission goes awry. She explained the quick reveal, noting, “I look at Chris [Pratt] and I’m like: ‘Yeah, square jaw, good bone structure, tall, muscles, I don’t date men, but if I did, it would be you. It would gross me out, but I’d do it.” She added, “I love that I’m looking at Chris Pratt, the hottest guy in the world, and I’m like, ‘It would gross me out, but I guess I would do it!’ It was also cool, because it was a little insight into my character. But they cut it.” 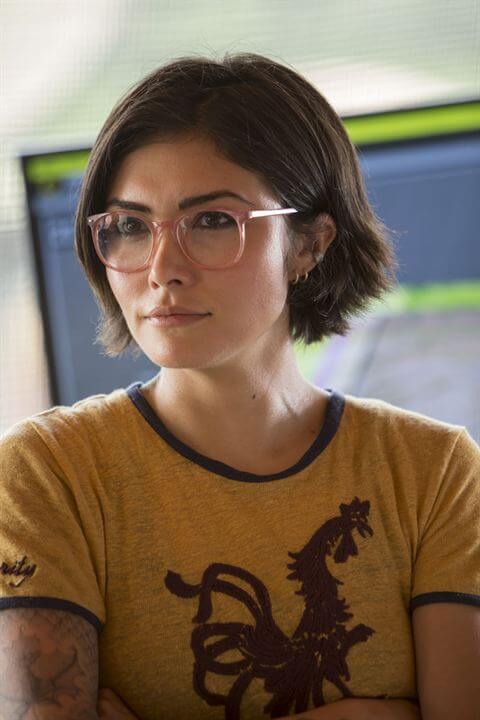 First of all, that’s not a great scene to begin with. This film was penned by a male writing duo, so it’s unsurprising that two men would finagle some way for a woman to be gay, but still somehow comment on the undeniable features of good-looking men. It would be totally and completely earth-shattering for a woman to just not be into men. No, a woman should still include men and make men feel better about her lack of interest in them, and in turn, making her sexuality about them. Spare me.

Pineda says the original cut of the film was way too long, which is why the creatives deemed the scene irrelevant. “Originally the cut was two hours and 40 minutes, and they were like, ‘This is too long,’” the actress said, explaining that the scene wasn’t “relevant to the story, but it was a little glimmer into who she is.”

Regardless of that trash scene, which I would’ve roasted anyway, it would’ve been awesome to have a queer woman in a Jurassic Park movie. You don’t think lesbians like dinosaurs, too? Grow up. 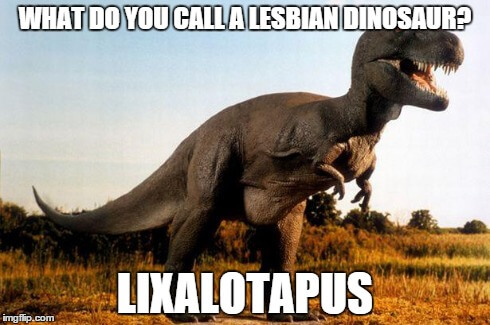 What’s disappointing is that Jurassic World: Fallen Kingdom is just the latest film to cut a queer female storyline from a major studio movie because it was deemed cuttable. Last year, Tessa Thompson revealed that a nugget about her Thor: Ragnarok character’s bisexuality was cut for time. Deadpool 2, Solo, and Ocean’s 8 have all been criticized recently for having either canonically queer characters, or characters who are undeniably gay, but refusing to explicitly define them as such in the movies. I don’t think it’s too much to ask for a secondary or tertiary character to be allotted one single line that confirms they’re queer. And why is it so out-of-this-world to imagine that a protagonist in a major studio franchise could be out and queer? *Cough* Deadpool *Cough.*

It’s incredible that Jurassic World is finally diversifying the series by including characters of color—but their lack of inclusion of LGBTQ people is downright insulting—as is every other major studio franchise’s decision to do the same.