I’m embarrassed to admit that, beyond the songs I happened to hear out in the world and her famous death due to complications of anorexia nervosa, I knew next to nothing about Karen Carpenter. I certainly didn’t know about her fraught relationship with her family, nor that she’s widely regarded as a gay icon. Fortunately for me, Mx Justin Vivian Bond brought Carpenter’s iconic catalog to Joe’s Pub last month in a revival of v’s Down on Creation—On Top of the World with the Carpenters.

The show plumbs the depths of Karen’s complicated legacy to reveal a woman who made beautiful, lasting work in spite of the roles foisted on her by everyone around her. Bond, who originally thought of calling the evening I Think I’m Gonna Be Sad, paints a dynamic portrait of Karen Carpenter by refusing to languish in pathos and transposing the songs to suit v’s unique voice. As v says, “The money’s in the low notes.”

Bond, a self-described “tomgirl,” meets tomboyish Carpenter more than halfway in an act that parodies her lumbering stage presence (she “talked like a trucker and walked like a Mack truck”), even as it mourns her. Though Carpenter died in 1983, the force of loss didn’t hit Bond until 1991, when v listened to “A Song for You” on a boyfriend’s record. 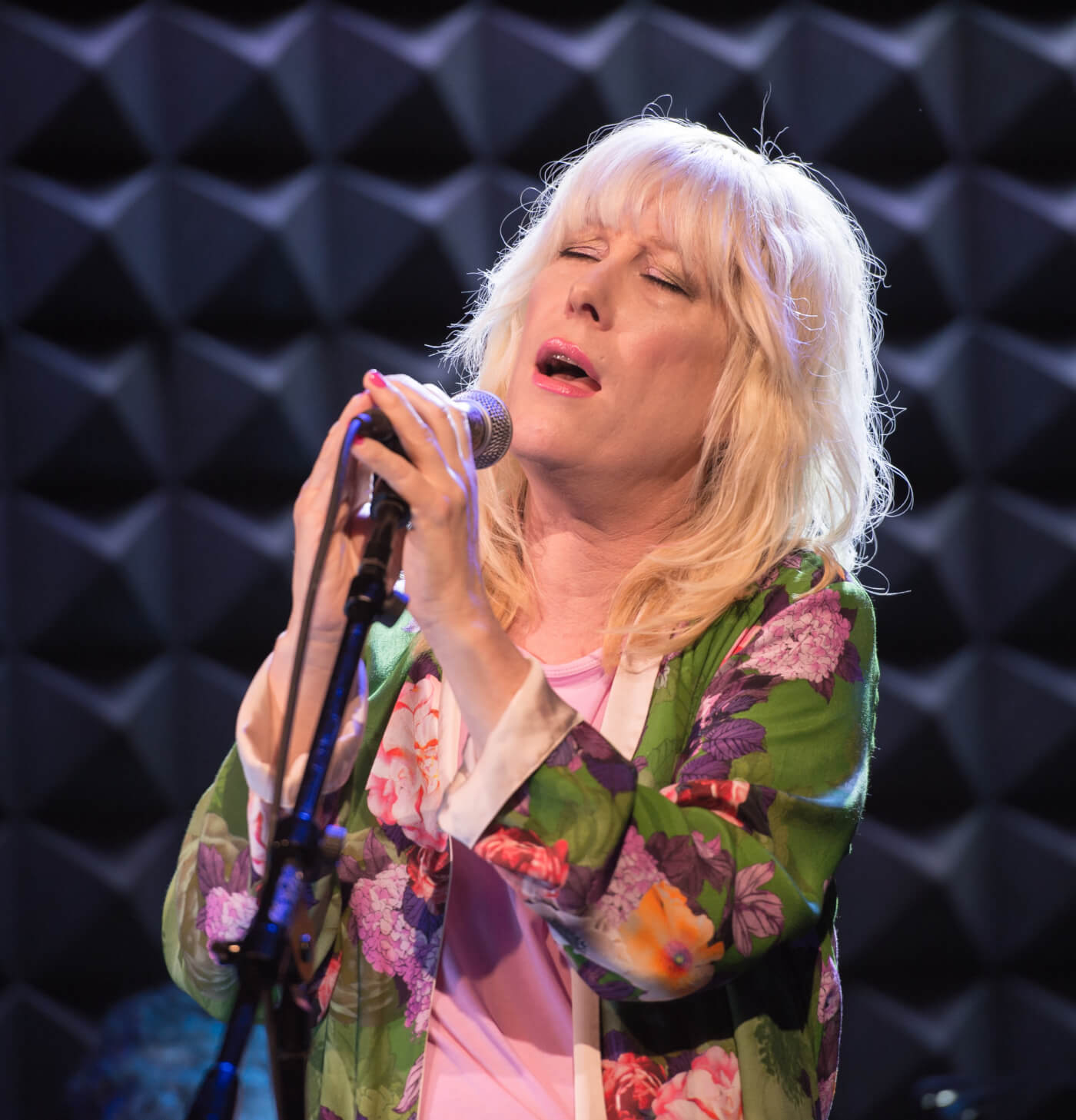 V’s banter covers the death of v’s cat, Pearl, to getting “fucked next to a washing machine on Quaaludes,” to the forfeiture of v’s front door to a nest of birds. V is “fond of ambivalence as a philosophical posture”—Down on Creation’s ambivalence evokes the question, “What are the consequences of interfering with nature?” For Bond—do you intervene, when baby birds are in danger, at the risk of alienating them from their mother? For Carpenter—could things have gone differently for Karen Carpenter if her family had let her be herself? If society hadn’t required a certain kind of performance—of gender or music—from her? Bond gives us no easy answers. Perhaps there are none.

The show’s title comes from the Carpenters’ “Top of the World,” in which the singer is “at the top of the world, looking down on creation”—a posture that suggests transcendence even as it engenders alienation. Karen must have felt very lonely—Bond, who says, “Sad songs make me happy,” can relate.

Karen Carpenter didn’t live to see her eponymous solo album released, and the Carpenters live on in the popular mind as either “polite plastic pop” or the dysfunctional Barbie-doll family of Todd Haynes’ Superstar: The Karen Carpenter Story. But as Bond brings self-acceptance, agency, and the power of choice to lyrics Carpenter was obliged to sing, v stakes a claim to her dignity. Probably ours, too—if we follow Bond’s example, we can create a friendlier world for ourselves.

Pianist Matt Ray led a tight band at the keys, giving a mesmerizing solo during “Masquerade” I still think about weeks later. Nath Ann Carrera (guitar), Danton Boller (bass), David Berger (drums) and Claudia Chopek (violin) rounded out the ensemble, bringing otherworldly grace to a beautiful set of tunes. I was especially fond of the four-part harmonies in “Superstar.”