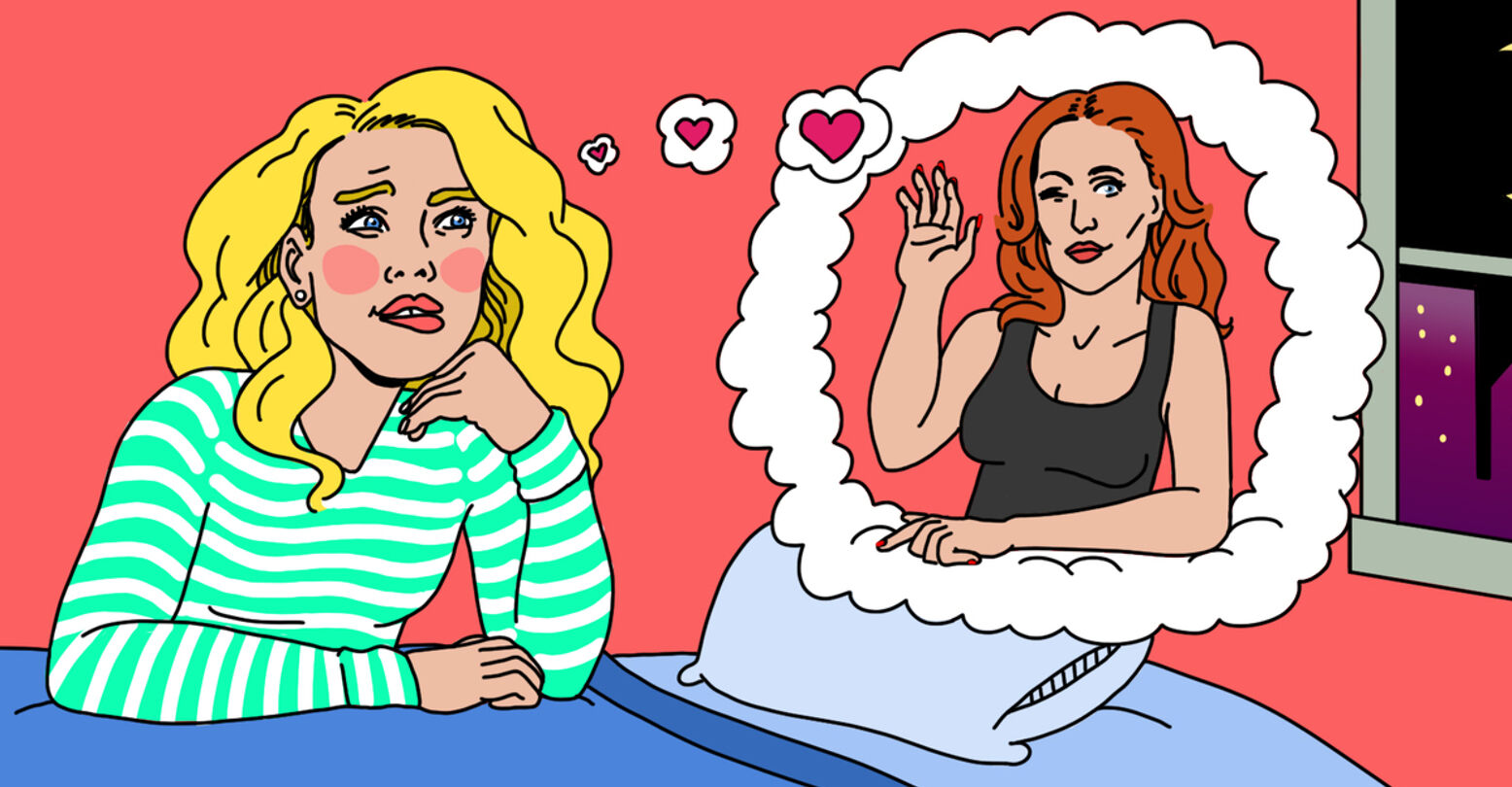 Kate McKinnon and Gillian Anderson have had a long-running public flirtation that always leaves us wide-eyed and bushy tailed. Now, thanks to GQ’s new Kate McKinnon profile, we’re learning just how far back that love affair goes.

In 2016,theX-Files star tweeted a photo of a young McKinnon dressed as Dana Scully for Halloween, writing, “Kate McKinnon, we have something in common & it’s not slimy green things.” This year, the out bisexual actress appeared on the Late Late Show and discussed a YouTube video she found of Kate McKinnon gushing over her. Anderson tweeted the clip with James Corden and called Kate the “coolest, loveliest chick ever,” adding, “the crush is reciprocated!” Now, the Scully actress will actually cameo in Kate McKinnon’s upcoming comedy The Spy Who Dumped Me.

Now, that you’re all caught up

McKinnon revealed to GQ that Gillian was actually her root. She recalled having a “physiological reaction” to watching Scully on TV, which made her realize she was gay at the young age of 12. To that, a collective “same” could be heard echoing throughout the homes of queer women.

A few years after that realization, the SNL actress came out to her mother, who responded, “Fine. Love it. Whatever you want to be.”

The rest of the profile was equally as relatable. McKinnon is something of a hermitafter her busy work week on SNL, Sundays are typically her only day to recuperate. She tends to lock herself up all day to spend time with her cat Nino, who she calls “my son.”

The comedian reveals that if she does go out, “it’s because I’ve been beckoned to show up for something for one of my friends. Otherwise, I probably wouldn’t.” She can be such a recluse that at times it’s detrimental to her writing. “On Monday morning, I’ll say, ‘What did I do? Did I live at all in the last week? Did I experience anything, other than something that I saw on Netflix, and can I make a joke out of it?’” But usually, she doesn’t. “It’s by accident that I live,” she said. “I try sometimes to live just so I’ll have something to say.”

The 34-year-old actress recalls being obsessed with SNL and The X-Files in her childhood. She would watch, record, and transcribe episodes of both shows, which sounds like a pre-Tumblr, pre-YouTube hobby of comedy fangirls and queer stans.

However, McKinnon isn’t a fan of the internet. She likes to keep her life personal, and says her sexuality is “like the 40th-most interesting thing” about her. She likes to be “playful” about her lesbianism on SNL, occasionally playing queer characters like Jodie Foster trying to come out at the 2013 Golden Globes.

“I get criticized by people who know me the best for not sharing enough details about my day or my life,” she says. “I am just quite an insular person, I guess.”

She also tells GQ: “I just I decided in my mid-20s that I didn’t feel comfortable sharing personal details like I had in the previous few years. And I just have run with that ever since.” 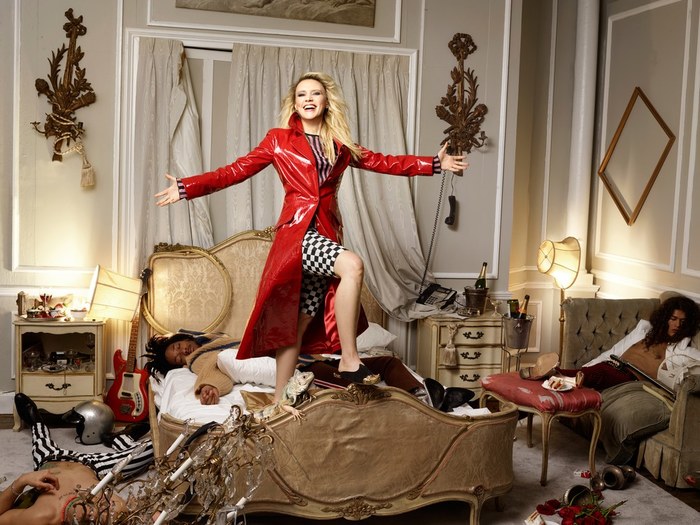 While the interview was thoroughly relatable and enjoyable, the accompanying photoshoot was bizarre; the photos feature McKinnon dressed up as a rock star, clad with loose bottles, trashed hotel rooms, cigarettes, andscantily clad men? While I understand the intention of positioning her as a comedy “rock star,” I can’t imagine why that would include a bare-chested man passed out on her couch, or a small group of men fawning over her, being that she’s an out lesbian. Something feels icky about calling McKinnon a comedy “rock star” while erasing her groundbreaking role as SNL’s first out lesbian cast member.

The full profile appears in GQ’s June 2018 comedy issue, where McKinnon joins Issa Rae and Sarah Silverman on the cover.