It’s tough to blame Katy Perry too hard for how her MTV Video Music Awards hosting gig went. She was nothing but game, ready to deliver even the most self-deprecating jokes about her album, about her Twitter presence and more. No one could say she wasn’t trying, to say the least.

Unfortunately, almost every joke and bit fell flat, and Katy’s charisma wasn’t enough to keep the show afloat. She wasn’t a Miley Cyrus-level disaster that is, Katy wasn’t read for filth by one of the winners mid-show. But almost all of her jokes were rejected by the Twittersphere, and rightfully so.

It’s hard to decide what was most painful: Was it her would-be trip to Mars in a pre-taped bit that went on for far too long? How about her voicemails from her friend on her way to Fyre Festival? (Remember Fyre Festival?) Then there was her showing up in a blonde wig after P!nk’s Vanguard Award acceptance speech and snatching her own wig.

At one point, she had to read her would-be Twitter drafts, many of which served as self-shade about her persona and most recent album, Witness. To say that Katy looked uncomfortable delivering each bit is an understatement. Being a good sport only goes so far when the jabs are so poorly crafted.

I got to ask @katyperry if she’s just Lana Del Rey’s “cool mom” and for that I am grateful. #VMAs #BillyontheStreet pic.twitter.com/BnXqdhIzZp

The one breath of fresh air was a bit with Billy Eichner, star of Billy on the Street, as he yelled questions at the hostess about fake rumors. Among the allegations: that she was dating Morgan Freeman and that she is actually Lana Del Rey’s mom. Katy and Billy’s chemistry sold even the weaker jokes, and one reference to a very real rumor that Katy is JonBenet Ramsey got a seemingly genuine look of shock from the pop star.

That bit worked, in direct contrast to the others, because it was organic. It was an authentic translation of Billy on the Street, a viral sensation, into a VMAs-friendly format. If Katy and the VMAs production team had found a way to strike a similar tone throughout the broadcast, she might’ve managed to turn a thankless hosting gig into something buzzworthy and fun.

Instead, viewers got Katy smiling through bad punchlines, trying to salvage a show that too often felt shaggy and unfocused. It was one act of Katy’s that we’d preferred to have not Witnessed. 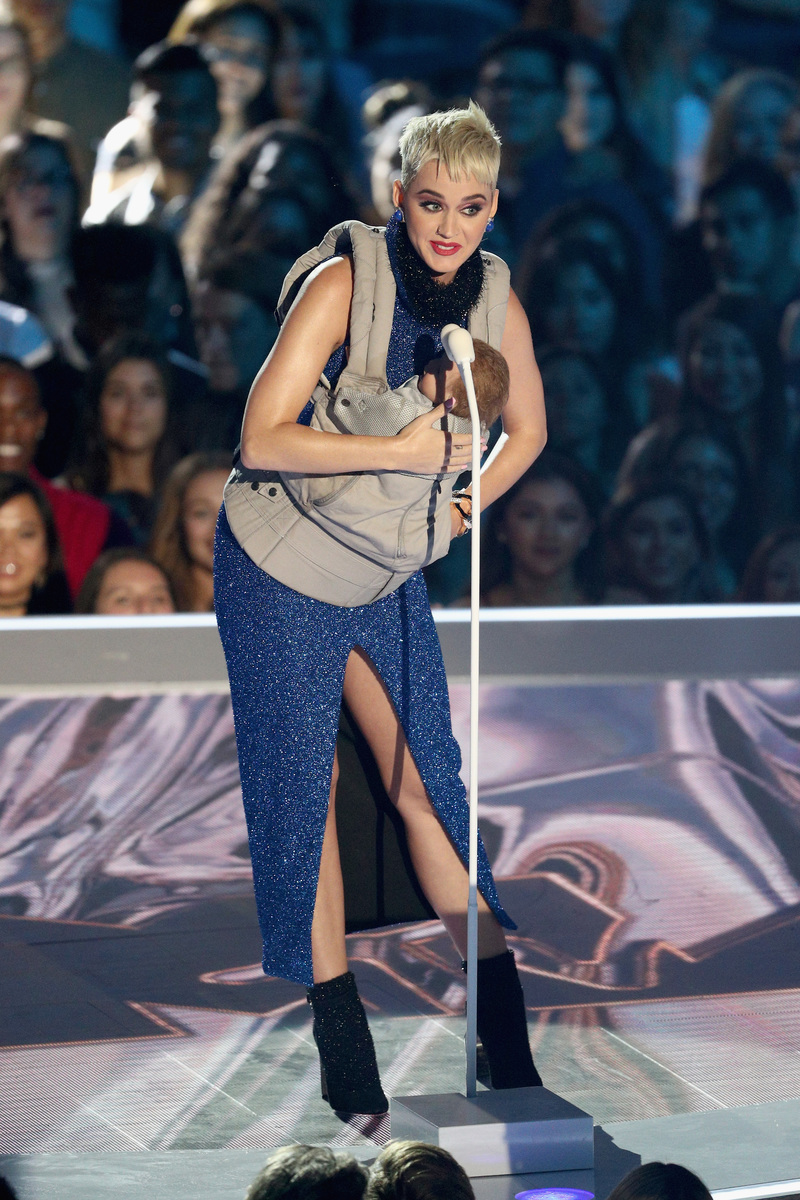