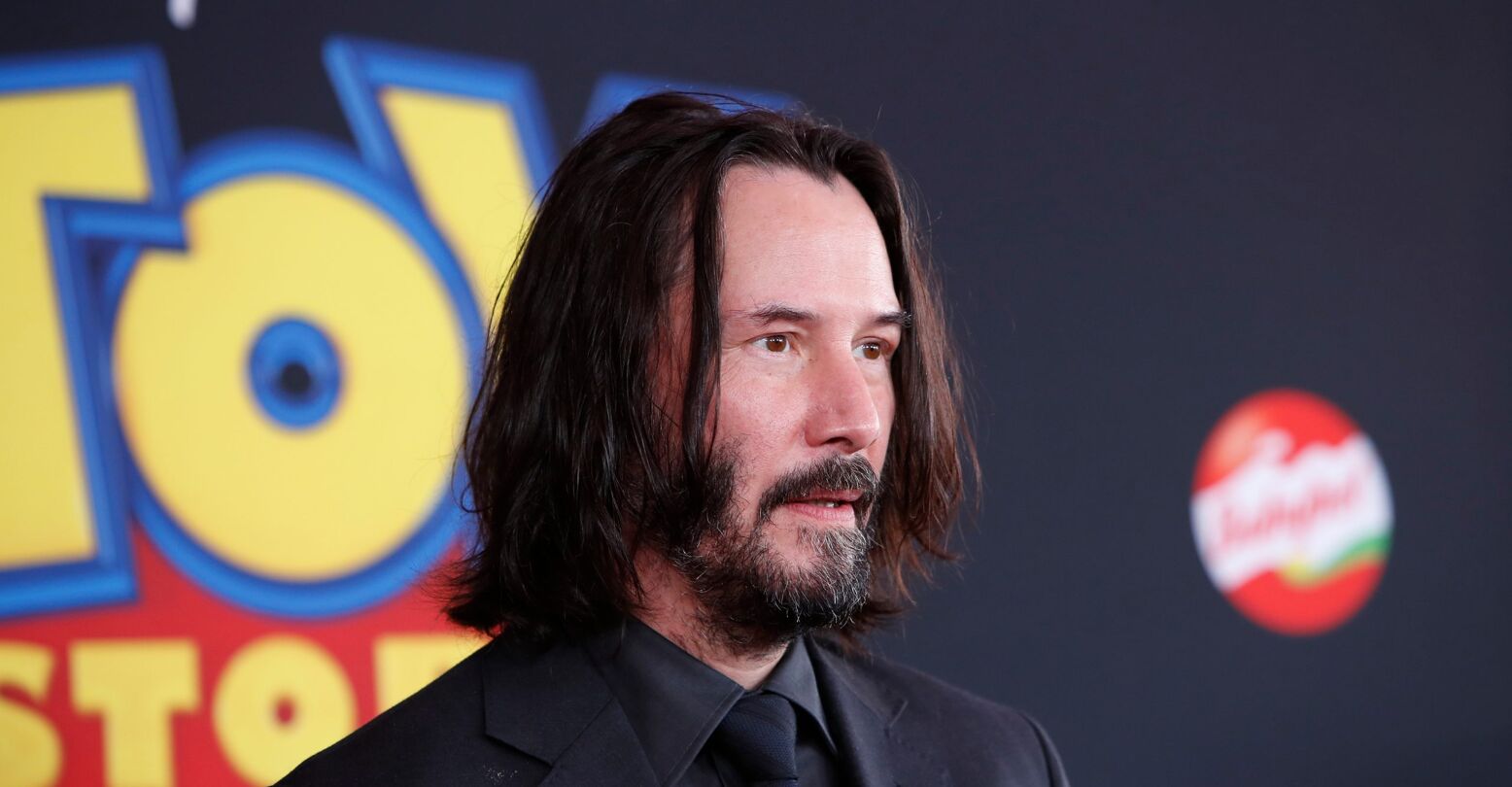 Remember the infamous cover of Playboy Magazine that Dolly Parton did in 1978? Matrix star Keanu Reeves definitely does — and with good reason: he once wore it.

Okay, first, we’ll be honest here, while you’re still processing that last sentence: we don’t have any pictures of that historic occasion, although we’re sure it was momentous. Still, we have more about how this happened, so buckle in.

First, the revelation came on the 100th episode of Red Table Talk, the roundtable discussion show co-hosted by Jada Pinkett Smith, who stars alongside Reeves in the new film Matrix: Resurrections, reprising her past role in the Matrix franchise. Reeves and fellow co-stars Carrie-Anne Moss and Priyanka Chopra appeared with Smith to discuss the film and their relationships together, since Pinkett first appeared in The Matrix Reloaded in 2003.

During the show, some lucky audience members were chosen to ask the group a number of questions.

Since “So many people probably love to dress up like your characters,” one participant named Ilana asked them, we’d like to know who have they dressed up as before.

“So my mother was a costume designer. She made some costumes for Dolly Parton, and she once did the cover of Playboy,” Reeves said, “and somehow I guess she didn’t take that home.

“So we had it, and it was Halloween… so I put on the ears and the bustier,” he shared. “I wore sneakers with fishnet stockings and the bowtie. I had some pretty long hair, and I was Dolly Parton as a Playboy Bunny.”

It’s unclear if any pictures of this epic costume ever existed, but we can trust the story since we know Reeves’ mother is, in fact, Patricia Taylor, who was a costume designer to stars and production all around the world. After giving birth to Keanu in 1966, she moved them to New York, where he first began acting.

Reeves was 14 at the time the cover came out, and it’s not inconceivable to think that a tall skinny teenager (Reeves is 6’1″) could fit inside Parton’s personally-designed outfit.

This sounds like the perfect plot for a short film delving into gender and the 70s. Or maybe Reeves can recreate it himself, like Parton did herself this summer.

Or, you know, we could just leave the internet to its imagination…

Personally, we’d hope that the whole cast dons Playboy/Playgirl outfits at one point.

The Matrix Resurrections is out in theatres and HBO Max beginning December 22.