Amongst the number of LGBTQ films making the festival rounds this year, Rafiki (which translates to Friend) is arguably the most significant contribution yet.

From director Wanuri Kahiu comes the first Kenyan film in Cannes Festival history. Rafiki is a story about two girls in love in anenvironment that isrelatively hostile toward the subject of homosexuality. Itstagline:“A story about all that is good and difficult about being in love.”

Rafiki is adapted from “Jambula Tree,” an award-winning short story by Minca Arac de Nyeko. De Nyeko’s story is one about young love and the effect of community upon it, and vise versa. It’s filled with dreamlike imagery pulled from a collection of beautiful memories and the expectation of reunion with a love gone but not forgotten, a theme that will hopefully translate onto screen. 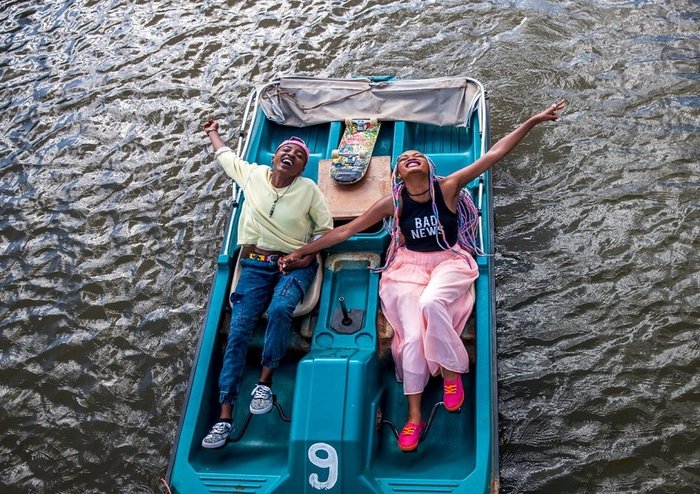 The film is produced by Big World Cinema, which in the past has produced Stories of Our Lives, a documentary about the queer experience in Kenya which garnered attention, both positive and negative, landing its executive producer in jail due to Kenyan laws against distribution of queer media content.

East Africa’s relationship with the LGBTQ community continues to be a particularly troubled one. With the ever-present threat of the “Kill The Gays Bill” looming over Uganda, films such as Rafiki are almost an act of radical defiance and should be hailed as such. Wanuri Kahiu notes, “Making a film about two women in love set in Kenya, means challenging deep-rooted cynicism about same sex relationships among Actors, crew, friends, and family.” Citing the repercussions of making Stories of Our Lives, she adds, “while these examples illustrate the challenges of producing a film about a lesbian love story in Africa, it also highlights how urgent and necessary a story of this kind is.”

As part of AFROBUBBLEGUM, “a collective of African artists whose ambition is to create fun, frivolous and fierce work,” Wanuri Kahiu’s vision of Rafiki promises to be one filled with light and love despite the antagonizing surroundings of the protagonists.

Finding Myself
Not Everything is a “Harmful Trope”
BY Jill Gutowitz