The first time I heard Samuel Beckett’s maxim “fail again, fail better” was in high school, when it was on the cover of a packet handed out by my junior year English teacher. The dime-store wisdom of it all is that failure repeated failure, at that is the best teacher. Kesha, I’m convinced, is the most precious failure we have.

Now, that may sound like a harsh statement, but it’s one that’s rooted in deep respect and admiration for Kesha Rose Sebert, whose third full-length album, Rainbow, landed on thousands of iPhones this past week. The album, which is expected to debut at #1, is a stripped-down, poignant entry in a pretty strong discography that so far has straddled the worlds between come-hither dance pop and rock star bravado.

While Kesha’s Rainbow is a great feat of aesthetic and sonic cohesion, it’s also an ode to failure and the ways in which it makes you a stronger person.

And that’s why it’s also a great queer album in scope, material and message. Rainbow espouses a worldview that is inherently queer: one where capitalist success means nothing, collective rage and support is paramount and womanhood is something she hopes to redefine. 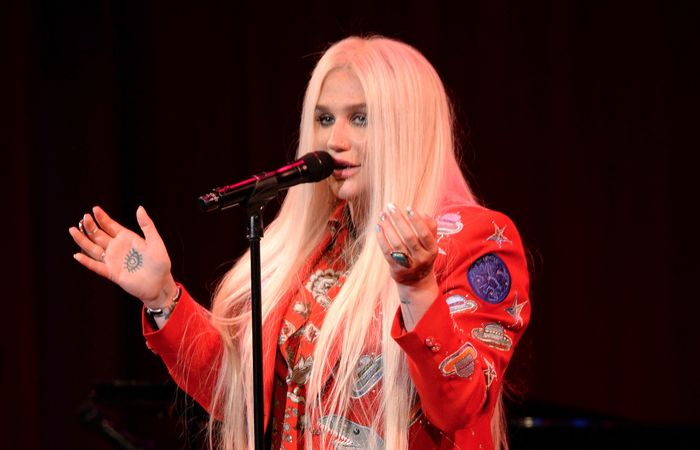 In The Queer Art of Failure, Judith Halberstam writes that failure is basically how queer people get to know the world around them. Growing up, queer people often fail to succeed at learning their gender and become comfortable in transgression. Queer life and queer failure are essential to who we are and what we know.

That Kesha would be outside the system makes easy sense. Anyone familiar with the last three years of Kesha’s life knows that the music business treated her as a commodity rather than a person. Prior to the album’s release, Kesha was caught in a years-long legal battle revolving around sexual assault allegations against her producer, Dr. Luke. Adding insult to injury, Kesha’s multiple attempts to be released from her contract with Dr. Luke were denied. Vulture even reported that Dr. Luke may profit off the sales of Rainbow. Kesha’s Rainbow is anti-system because, more than any current pop queen, the system has worked to keep Kesha down.

Rainbow’s first half reflects on her outsider status. “Bastards” and “Let ‘Em Talk” are both clear “fuck yous” to those who’ve wronged Kesha. She also gives a sort of “goodbye to all that” to traditional notions of success. “Boys and girls, everybody talks about you/ Loves and hates, they don’t really know about you/ I’ve decided all the haters everywhere can suck my dick,” she sing-shouts in “Let ‘Em Talk.”

Seven years and ten top 10 singles into her career, Kesha’s outsider persona never feels forced. In fact, it’s evolved beyond brushing her teeth with a bottle of Jack to one that touts the wisdom of experience. Unlike some stars who wear the outsider label like a kabuki costume or a pink hat, Kesha is no character. On “Hymn,” Kesha lauds her ilk and their lax attitude toward acceptance.

“I know that I’m perfect, even though I’m fucked up/ Hymn for the hymnless, don’t need no forgiveness/ Cause if there’s a heaven, don’t care if we get in.”

Kesha’s failure to fit in even extends to her gender identity. On Rainbow, she also revels in being a different kind of woman, one who fails to live up to the pressures patriarchy unleashes on women.

On “Woman,” she growls with defiance, “I’m a motherfucking woman, baby, alright/ I don’t need a man to be holding me too tight.” The lyric is not only a declaration but also a reassurance to the unnamed man to whom she sings: Yes, I’m a woman just one unlike the kind you’re used to seeing.

Kesha touts her own gender trouble on “Boots,” where she croons about “having boys in every country code” and “never thinking about that wifey life.” Other times, like on “Godzilla,” men are monstrous, even if she loves them.

Even Rainbow’s revelations and lessons come naturally. On the album’s title track, Kesha shows reverence for messiness and what it can teach her:

“I’d forgot how to daydream
so consumed with the wrong things
but in the dark, I realized this life is short
and deep down, I’m still a child
Playful eyes, wide and wild
I can’t lose hope, what’s left of my heart is still made of gold.”

It’s not often that an adult woman extols the virtues of daydreaming and playfulness, but the brand of rebellion on display in Rainbow revels in it. In “Rainbow” Kesha’s elevates her own brand of chaotic-good rebellion into a form of wisdom. Gone is the wanton rebel of her “Crazy Beautiful Life” and “Crazy Kids” days. Like an electric pink Pokemon, Kesha has leveled up. But, she’s recognizable, even in her new form.

Kesha’s discography is an ode to frivolity, promiscuity and irrelevance as virtues by which you can build a life. On Rainbow, Kesha doesn’t just show off her crazy life, she reflects on the fun, circuitous roadmap behind her and the off-kilter lessons it supplies.