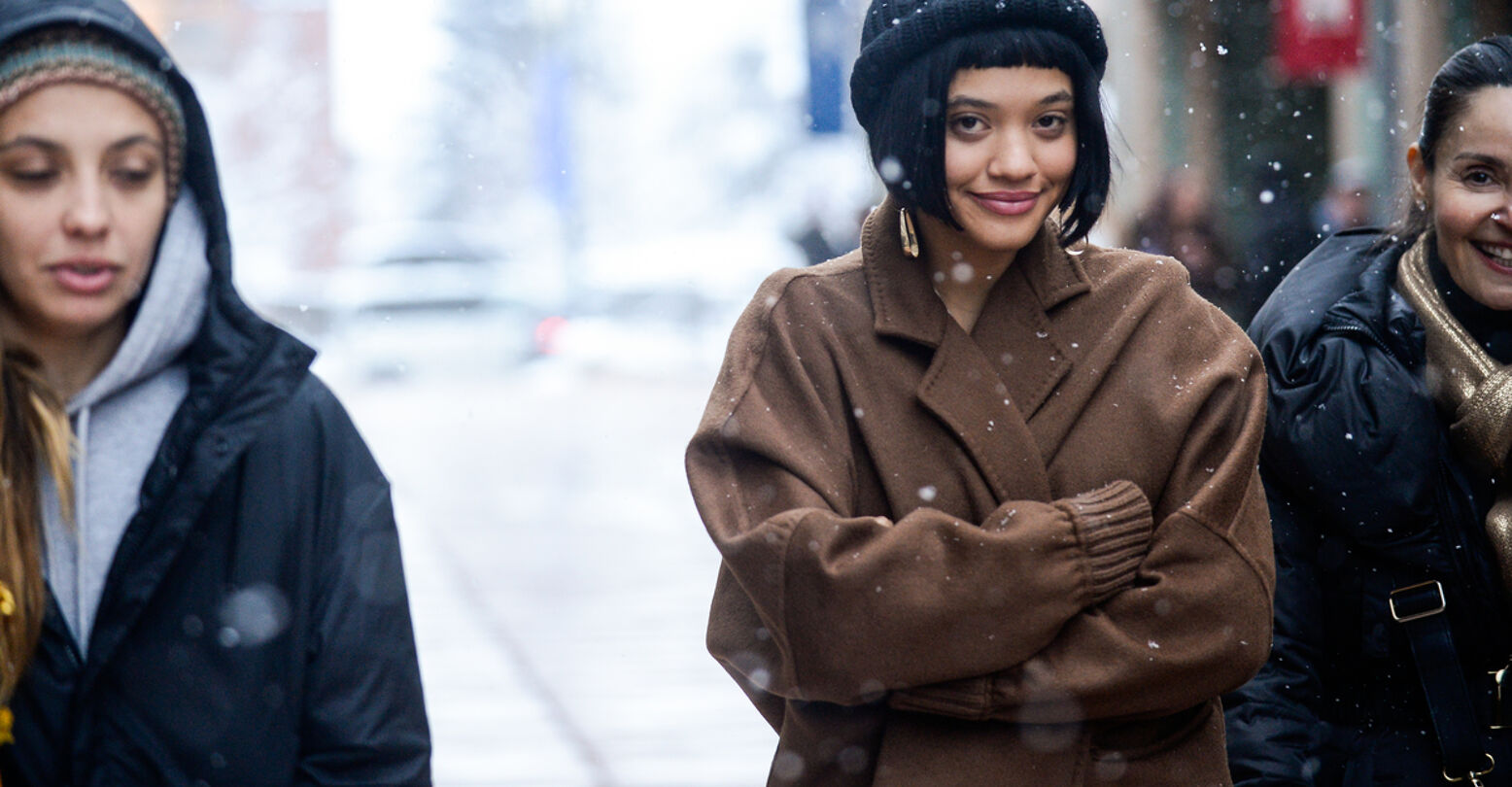 Four years ago, Kiersey Clemons had appeared on three Disney series, a Nickelodeon show, and one episode of CSI before she was heading to her first Sundance Film Festival. She was starring in Dope, Rick Famuyiwa’s highly-anticipated film about a group of self-professed geeks living in South Central L.A. Clemons, played Diggy, a tomboyish lesbian who liked to ride bikes and play drums in the band she had with her friends.

“I didn’t realize how inappropriate it was that everyone was asking me if I was gay or straight,” she tells INTO. “I was like 19, and I wasn’t talking about who I was dating with my parents, [much less] my sexuality. Going to your parents, whether you’re gay or straight, and being like ‘Oh, I’m dating someone’ is not a thing that you do because you’re not taken seriously. And so I was getting asked in the media about my sexuality before I had even like thought about having to like tell anybody anything like that. I look back and I’m like ‘Oh, that is so crazy!'” 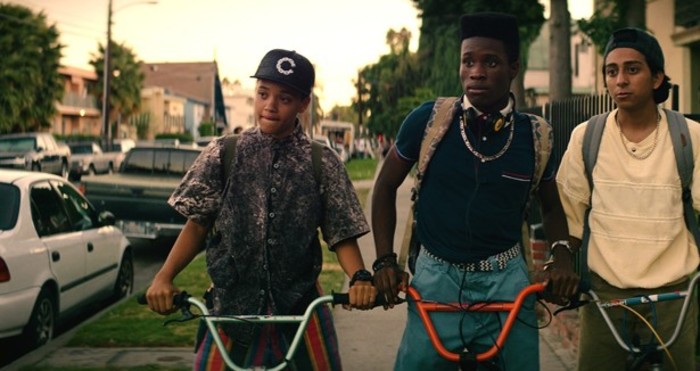 Despite that bizarre experience, which was also her first official go-around with press, Clemons returned to Sundance this year with Hearts Beat Loud, the official closing night selection that also got quickly snapped up for distribution by Gunpowder &Sky and Sony Pictures Worldwide. She stars alongside Nick Offerman in director Brett Haley’s story about a father (Offerman) and daughter (Clemons) who unofficially start a band before the latter is about to leave for college. As the med school-bound Sam, Clemons is again playing a queer character.

But what’s so special about this specific story is that Sam’s sexuality is a non-issue; it’s not a struggle, nor a symptom of a greater problem. In fact, it’s never even brought up as a point of discussion. Instead, it’s Sam’s relationship with her completely accepting father that carries the film, as well as her ill-timed, devastatingly heartbreaking romance with Rose (played by Sasha Lane, another queer woman of color who also stars in Sundance’s Grand Jury Prize Winning Miseducation of Cameron Post.)

Sam and Rose meet at the beginning of the summer, meaning they have just a few short months together before attempting long distance or ending things for good. Haley treats their courtship in such a normalizing waythere is no discussion about their being two women, nor anyone’s scoffing at that fact. Sam’s father casually asks her if she has a girlfriend when he notices she’s been MIA, and she confirms with the same amount of fanfare. Any coming out process has happened prior to the plot that’s advancing on screen, and the refreshing non-issue of the two young women’s love for one another is made even more special by the fact that it’s between two biracial women, something that is rare in film, much less mainstream films closing out Sundance.

Clemons says that she and Lane were friends before Hearts Beat Loud, and they were “geeking out” over their getting the chance to work together. Watching it on screen, though , Clemons says, she felt emotionalshe had an “outer body experience” watching their story unfold. 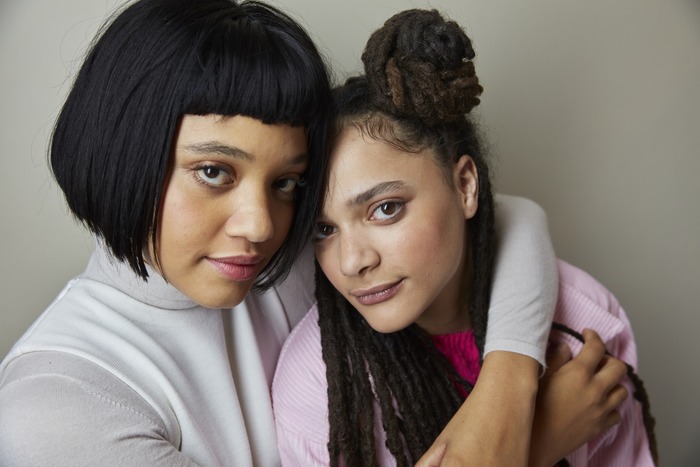 “I was so moved, because I felt so detached from Sam, because she is younger than me and I think I was thinking about young me,” Clemons says. She said she could relate to Sam’s being torn between two passions and two places; that she’d felt a similar “headspace of vulnerability and confusion” when she was starring in Dope that she could recognize in her Hearts Beat Loud character.

“I did not feel like I was watching myself,” she says, “and it was because I was just so excited to watch someone that looked like me even though it was me. It was so weird. I turned to Sasha, and I was like, ‘Why am I crying at my own thing?'”

Now 24, Clemons is much more sure of who she is, and says she feels lucky to be back in Park City, fielding press questions with more self-awareness. She’s one of the festival’s It Girls, performing live at the awards ceremony, keeping a beauty diary for Vogue. No one seems to inquire about her identity any more, though, and that’s because during initial inquires just a few years ago, she didn’t know how to answer something she wasn’t sure of herself.

“I remember not even really thinking about it, and being like ‘Oh, noI’m straight,'” she says. “And it was like I automaticallyit was like I subconsciously knew not to even dive into that conversation because, also, if you avoid the question, then you’re starting a whole thing. I just wanted to talk about the movie, so I dodged it, and now no one even asks because they just assume, and so I’m just cozy. My girlfriend’s over there.” She motions to where a young blonde sits nearby. “It’s been really smooth sailing.”

Clemons has played another queer role in two seasons of Netflix’s Easy, but has also played heterosexual roles in shows like Transparent, New Girl, and Angie Tribeca and in films like Neighbors 2 as well as the recent Flatliners remake. She says she’s not concerned about being typecast, but instead feels lucky to be offered lesbian and bisexual roles.

“I have friends like Ellen Page, for example, and she’s like ‘I don’t want to play straight,'” Clemons says. “I didn’t choose [roles] specifically for that reason. I just think the timing of it worked on my behalf. I think also being a person of color, I’ve gotten really lucky.”

She stops, knowing that it’s not just luck, but a magical combination of talent and timing, when the cultural conversation is not just inclusive but celebratory of LGBTQ people, people of color, or women in general, but booking them to lead their major motion pictures.

“It’s a really great time to be a person like me and to be in this industry,” Clemons says. “I really honestly don’t know how or why. Like I was introduced to everyone in Dope playing a queer person, so I guess it just worked out that way.” 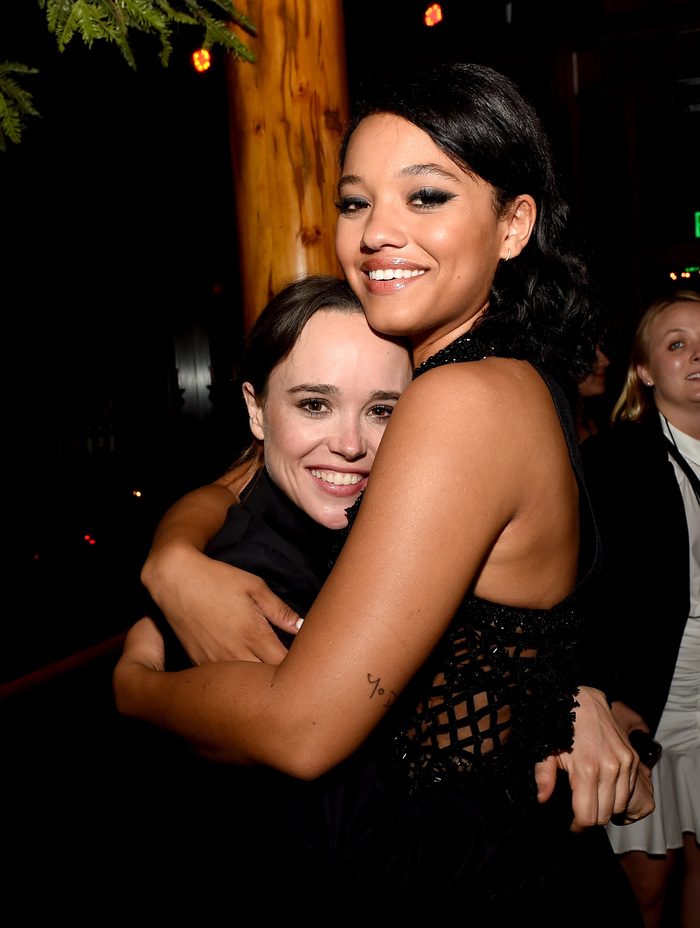 Outside of the press asking invasive personal questions, Clemons has had her share of negative industry experiences, especially as it relates to the more-relevant-than-ever topic of the Times Up and Me Too movements.

“I’ve had people on set fired,” she says. “I have looked back and realized ‘Woah, that was really inappropriate what that person did to me or said to me,’ and all I can do as an individual for myself is stay headstrong, and also lean on the women around meand some men that I have around me, too.”

A recent conversation with friend Rashida Jones, Clemons says, was about the diverging directions that the movements have been taking.

“You know, people may be abusing it,” she says, “and how do we handle that?”

Specifically, she means the conversation being co-opted or being brushed with broad strokes; the definitions of “assault” vs. “abuse,” and what individuals can do to make a seismic shift inside a massively successful misogynistic industry.

“We need to figure out what that is and how we talk about it and how we handle it,” she says. “That’s a delicate conversation to have. You have to word that correctly; you have to go about that correctly, you know? …We have to teach men and raise boys to treat women in a certain way. That’s the conversation. It’s less about telling women you have no rights to say you’re assaulted. She can call it whatever she wants tothe issue still comes from the man.”

Part of that shift is taking control of her own projects, which is what Clemons is working on in her free time with writing partner Brianna Baker. The collaborators met working on a movie together, the forthcoming An L.A. Minute, and “clicked immediately.”

“Right now, the projects for someone my age are just not great,” Clemons says. “I think everyone assumes that people my age, all we care about are relationships and it’s just– people get it wrong a lot. Or the scripts that are really good just don’t get financing because people assume that no one wants to watch those movies.”

Clemons says she connected with Baker’s writing, though, and describes the project she and Baker are working on as “dark” but with comedic elements. (Clemons is the kind of actor who excels in both drama and comedy; a scene stealer in thrillers and scarily relatable slice-of-life scenarios alike.)

“There’s multiple things that we’re going to do together,” Clemons says. “We’re always on the same wavelength, and it feels like the right time. This is the most excited that I’ve been in a while.” 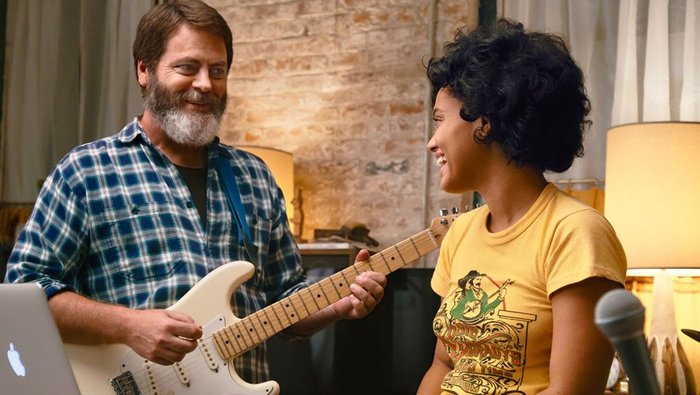 And she should be. Clemons will star alongside Gal Gadot, Billy Crudrup, and Ezra Miller in Flashpoint, the upcoming Justice League film. (She was supposed to be in Justice League, but her scenes were cut, so her debut as reporter Iris West will take place in 2020.)

First, though, Hearts Beat Loud will bring audiences a tearjerking summer romance set to a queer-love-inspired soundtrack of indie electro-pop tracks that Clemons lends her vocals to. Close to the end of the film, she joins her on-screen father in a live show that has Sam serenading Rose with a song that tells their story; a story that is still quietly revolutionary for mainstream Hollywood.

Getting your heart broken, she points out, is unfortunately universal.