The British playwright-turned-television producer first displayed her affection for the oft-ignored women characters on the telly in Fleabag, a show she both stared in and referredto as a “tragedy disguised as a comedy.”Fleabag followed the titular character only referred to by nickname as she tries to recover from the guilt she inhabits over the death of her best friend. Much of that recovery has to do with drowning herself in (heterosexual) sex, but her asides to the cameraand her irreverent but not too dogged pessimism elevated the Sex and the City-esque storylines that viewers are used to seeing single women move through, with each moment depending on what the guy in question will do or say next, the woman reacting instead of dictating her own desire or demise.

The same can be said for Waller-Bridge’s new show, Killing Eve. And while this series, premiering on BBC America this Sunday, is much different (and certainly more violent), the Executive Producer’s ability to create a story led by complex women whose trajectories are largely about their relationships to one another easily transcends genre. And even though one of the women is literally a vicious hit woman named Villanelle, Waller-Bridge is somehow able to make a character she refers to “full-on psychopath” likable at times.

Villanelle (played expertly by Jodie Comer) is a high-fashion chameleon; a 25-year-old French chanteuse who can get away with anything because she’s an unlikely murderer, and fantastically underestimated. She prefers the company of women, which is why the delicious plot of Killing Eve is inherently queer. Eve (Sandra Oh in the brilliant role she deserves) is leading a formulaic life as a MI5 security officer waiting an opportunity to move up the ranks when she helps her bosses (including the consistent Fiona Shaw) crack a truly significant part of murder case they’re on: The murderer, Eve suspects, is a woman. That woman (Villanelle, of course) becomes fascinated with Eve, who is a lead on the now multiple-murders Eve’s team is tracking around Europe.

Without spoiling too much, Killing Eve is full of surprises, and one of the gifts from Waller-Bridge is that every relationshipacross genderis up for interpretation. The possibility of sex, romance, disdain are open for any two people, something that is too-often defined by gender roles and hetero expectation on modern television. Villanelle and Eve are equally obsessed with one another in a way that two men have been able to share on screen (Hannibal, as a recent example, that was drenched in homoeroticism), and at least one of them is openly, unapologetically queer. (Specifically, Waller-Bridge notes, Villanelle has ” a penchant for women in their mid 40s.”) 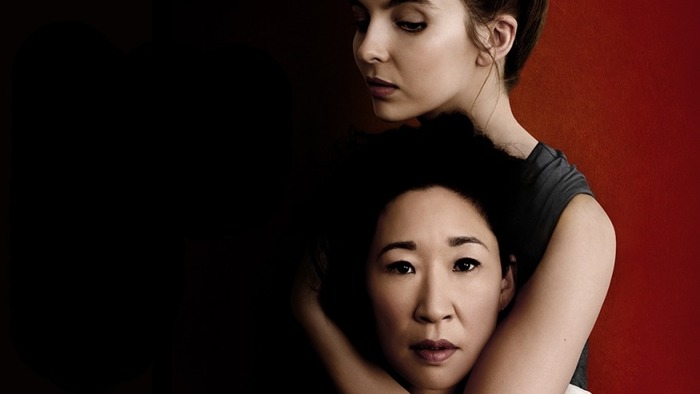 “There’s so many things going on when they first meet each other,” Waller-Bridge tells INTO. “That was something that was really importantthat’s the show for me. There’s this thriller going on but underneath, there’s this relationship between these two womenand when they lock eyes with each other in the first episode … I decided that was the momentit was love at first sight. It was a connection, whether they knew what it wasI think Villanelle was very attracted, and I think she’s not in that headspace, but Eve feels the same and that’s their first instinct.”

Eve has a male partnerone she seems to love but begins to have a contentious relationship as she takes off on mysterious business trips more and more throughout the seriesbut even co-workers can sense she has a connection with Villanelle. And while most psychopaths are, in Waller-Bridge’s research, cold and unfeeling with very few truly human connections, she finds her two leading women’s connection “very real.” Because she approached Villanelle as if she were a spoiled millennial whose lonlineness and boredom inspired her “work.”

“She’s passionate and she’s spontaneous and she’s sexual and she’s manipulative,” she says of Villanelle, “and she’s basically just trying to keep the world from boring her, and that to me is heroic.”

But the two women aren’t at opposition with each other as much as they are in relation to one another, which meant Waller-Bridge had to move away from tired TV tropes that often make things a catfight vs. a game of cat and mouse. (Ironically, Oh starred in a queer film called Catfight in 2016 where Anne Heche played her nemesis.)

Waller-Bridge says she learned how to shake that stale male gaze when writing Fleabag.She’d use her “naughty hand” to write the typical kinds of stories and dialogue expected in a scriptin order to “zone in on the tropes that make [her angry].” Then she’d write the show she wanted to.

“Now I train myself a little bit to not have to write two scripts in the space of one deadline, pulling that by the wind,” she says. “But you still get lost at the same time, especially when you find yourself in a corner, in a plot corner, and there was so many ways out that are so well-trodden and they’re so often to do with sex with women. The woman in trouble uses her sexual powers of whateverand we made that decision that [Villanelle] is never going to do that, it made it harder and but more exciting.”

Still, she says she knows some viewers willask, expectantly, “Why doesn’t she just take her top off?” (Which isn’t to say there’s no sex or sensuality to Killing Eve, because there isit’s just carefully plotted and never gratuitous.)

The kind of affinity Waller-Bridge has for her women is evident in how she challenges herself, her characters, and her audience to think beyond expectations. She fought hard against giving Villanelle a storyline where “underneath it all was a broken heart,” she says, or something that might make her more sympathetic because she is still very much a violent killer.

Unlike women killers in films like Baise-moi or the based-on-a-true-story Monster, Villanelle is calmly calculated and acts on instinct rather than impulse. She doesn’t kill at random, and never because of her own inner-torture but because it’s her profession, one that she is good at and enjoys.

“When we were talking to experts about psychopaths, it’s not that they don’t care about thingsit’s that they don’t have empathy,” Waller-Bridge says. “And so she can feel incredibly attached to something or someone and they can mean an awful lot to her, but only really if they benefit her in some way. She’s just not going to shed a tear for somebody but she can still panicthe stakes can still be high for her.” 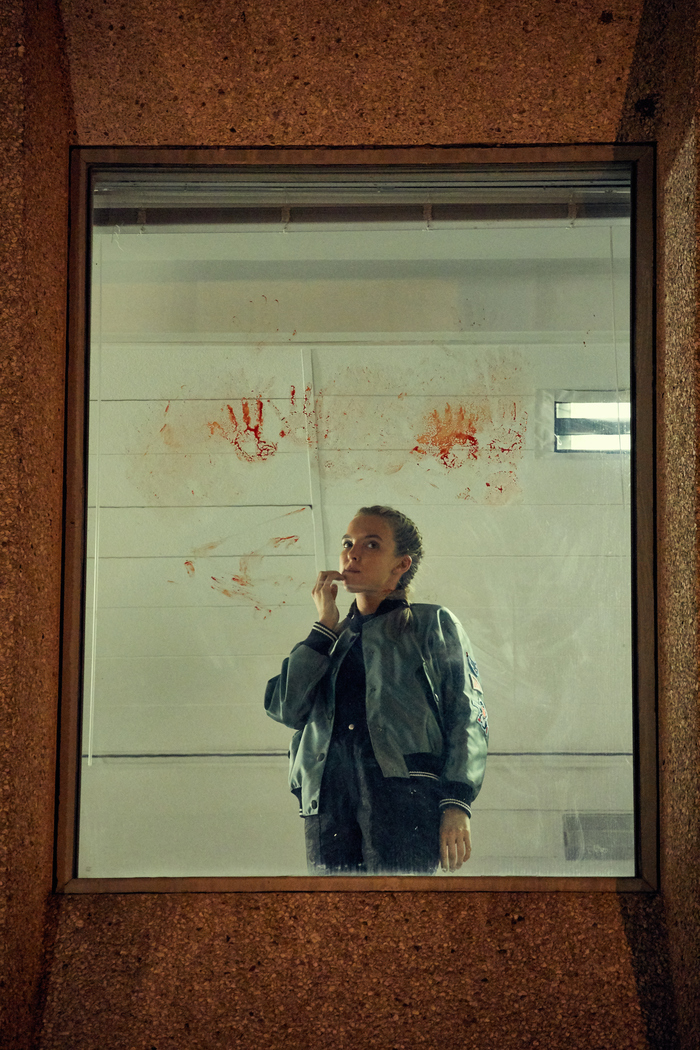 From the first episode, Eve becomes Villanelle’s object of affection after a chance meeting in a hospital bathroom. They’re still strangersVillanelle between murders, Eve on the hunt for the killer she doesn’t know is at the sink right next to her as she goes to put her hair up in a scrunchie. Villanelle, with loaded innuendo and a flirtatious purr, tells Eve to leave her hair down.

“That shit stays with you,” Waller-Bridge says. “When you found a woman who says to you ‘Honestly, leave it down’ and then she’s goneyour hair is going to be down for the rest of your life.”