The auspicious pop star Kim Petras has already begun making a name for herself with bubblegum pop bops like “Heart to Break” and “Hillside Boys,” accruing millions of streams on Spotify. She’s also attracted quite a bit of controversy, opting to work with disgraced producer Dr. Luke, even after Kesha brought very public sexual assault charges against him. Petras’ most notable moniker is that she’s a trailblazing, out transgender pop starbut that’s not necessarily what she wants to be known for.

In an interview with HuffPost, the 25-year old singer said she wants to be known for her music. “I just hate the idea of using my identity as a tool,” Petras said. “I’ve never written a song specifically about being transgender. It made me the person I am and that’s a big part of me, but I think music is about your feelings and your fantasies and it goes deeper than your gender or your sexuality.”

Though the singer-songwriter became one of the youngest people in the world to undergo gender confirmation surgery in 2009, and hasn’t necessarily shied away from her transgender identity. However, Petras chooses not to incorporate that tidbit into her music, unlike her LGBTQ contemporaries like Hayley Kiyoko and Kehlani, who openly sing about queerness.

“I really fell in love with music and I hope that people can see me for my music and all of the things that I am,” she explains, elaborating, “Sometimes it feels like people want to make you into this one thing and you can’t be anything else. So, I originally released my singles without even a picture of me―just my neon logo.” The neon logo she speaks of is a lurid caricature of the artist. But after her song went viral on a Spotify playlist, she knew it was because the music was goodnot because of her gender identity. 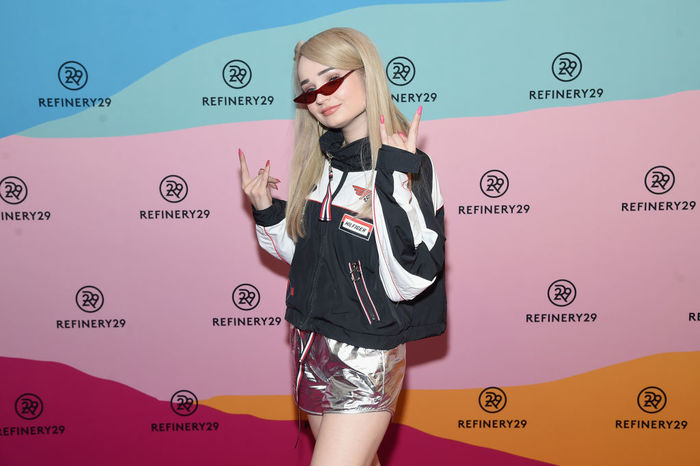 “I think an artist doesn’t have anything if they don’t have the songs. The songs are everything and then you figure out everything around it your look, your dancing, what your message is. But all of that other stuff is 10 percent of the total package and the songs and the talent and the work is 90 percent.”

In some ways, I agree with the German pop star. She’s written over 200 songs, and her music video for “Heart To Break” accrued over 1 million videos in just four daysnot bad for an unknown. So, clearly the talent is there, and she’s not wrong for wanting the music to speak for itself. It’s not uncommon for artists to brand themselves as “the gay [blank]” or “the lesbian [this].” As a consumer, a fan of pop music, and a lesbian, sometimes I find it offensive when people exploit their sexuality for monetary or viral gain.

Even though I want to see myself and other letters of the acronym represented avidly in pop culture, there are right and wrong ways to do it. For example, the aforementioned Kiyoko and Kehlani are the right wayall artists naturally incorporate their lives and relationships into their music, and it’d be homophobic and inauthentic to hide the lady-loving parts of them. But often, queer up and coming artists will pitch themselves to me, demanding I pay attention because they’re gay, like me. To me, that’s not what representation is about. And if the product isn’t good, I don’t want to support iteven if we have a sexual identity in common. Every LGBTQ person knows that sexual and gender identities are something we cannot change about ourselves, and it feels shitty to watch a person use that pain and struggle as currency; queerness is not transactional. With that being said, it’s equally as offensive to bury one’s ID in attempt to seem more universal or “normal.”

When Kim Petras was asked if she purposely avoids mentioning being transgender in her music, she said, “Yeah.”

She explains that she centered being transgender in her youth, even making a documentary about such when she was just 12 years old. “I tried to help other people become educated about being transgender,” she said, adding, “And I still want people to be educated about it, but I think the ultimate goal for me is if a transgender person can be known for anything but being transgender. That would be a really great thing. That’s my goal.” It’s a tough subject to broach, because again, there’s pros and cons to this sentiment. But admitting to purposefully omitting her experiences with such in her music suggests that there’s something wrong, or abnormal about being transor something that’s worth hiding.

But Petras goes on to say, “There are still too many people who think being transgender is very freaky. And they think you can’t live a happy life and try to tell their kids not to transition because they’re afraid their life will be harder. I want to help, but I also am very proud of my work and my talent.” 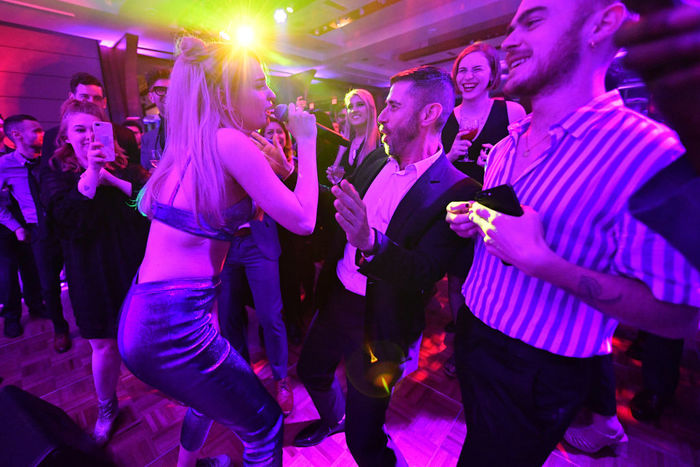 On her controversial decision to work with Dr. Luke, despite having sexual assault charges brought against him by Kesha, Petras said, “It’s ongoing litigation and I don’t want to involve myself. I respect both of them a lot. My experience [with him] has been very positive. That doesn’t mean that Kesha’s experience was positive but I’d like to stay out of it and just let the case do its thing.”

I understand not wanting to get involved, but choosing to work with a man who has been accused of sexual assault and violence is a bad look, as it normalizes his behavior, while simultaneously saying “this is OK” and “Kesha is a liar.” As Petras said, just because her experience with the producer was positive doesn’t mean everyone else’s wasbut being okay with taking that chance, and working with an accused sexual abuser, should be at the forefront of her consciencenot swept under the rug. It took a humongous amount of bravery for Kesha to put Dr. Luke on trial, both in court and publicly, and watching that courage be erased or scoffed atespecially by another womanis disappointing and unacceptable, and Petras’ actions speak volumes on about her true feelings about the case.

The singer-songwriter hopes to land a number one single this year, or at least chart. Next month, Petras is set to play the Los Angeles Pride festival, alongside headliners Kehlani and Tove Lo. She told HuffPost that she’s always had a great relationship with the LGBTQ community.

“I always expressed myself to the fullest, and my gay friends were the same way. We were outcasts together,” she said. “I had friends who would get spit on for wearing blush. I had drag queen friends. I had lesbian friends. I love the gays.”