Returning for its fourth year to a small black box theatre in Historic Filipinotown called Son of Semele, Sesión Continua screens vintage gay, lesbian and bisexual erotica for a full 24 hours, from Friday, September 14 at midnight all the way until 11:59 p.m. on Saturday, September 15. Skipping back to pornography’s theatrical heyday, the films on view were all made before homes across America welcomed VCRs into their living rooms. 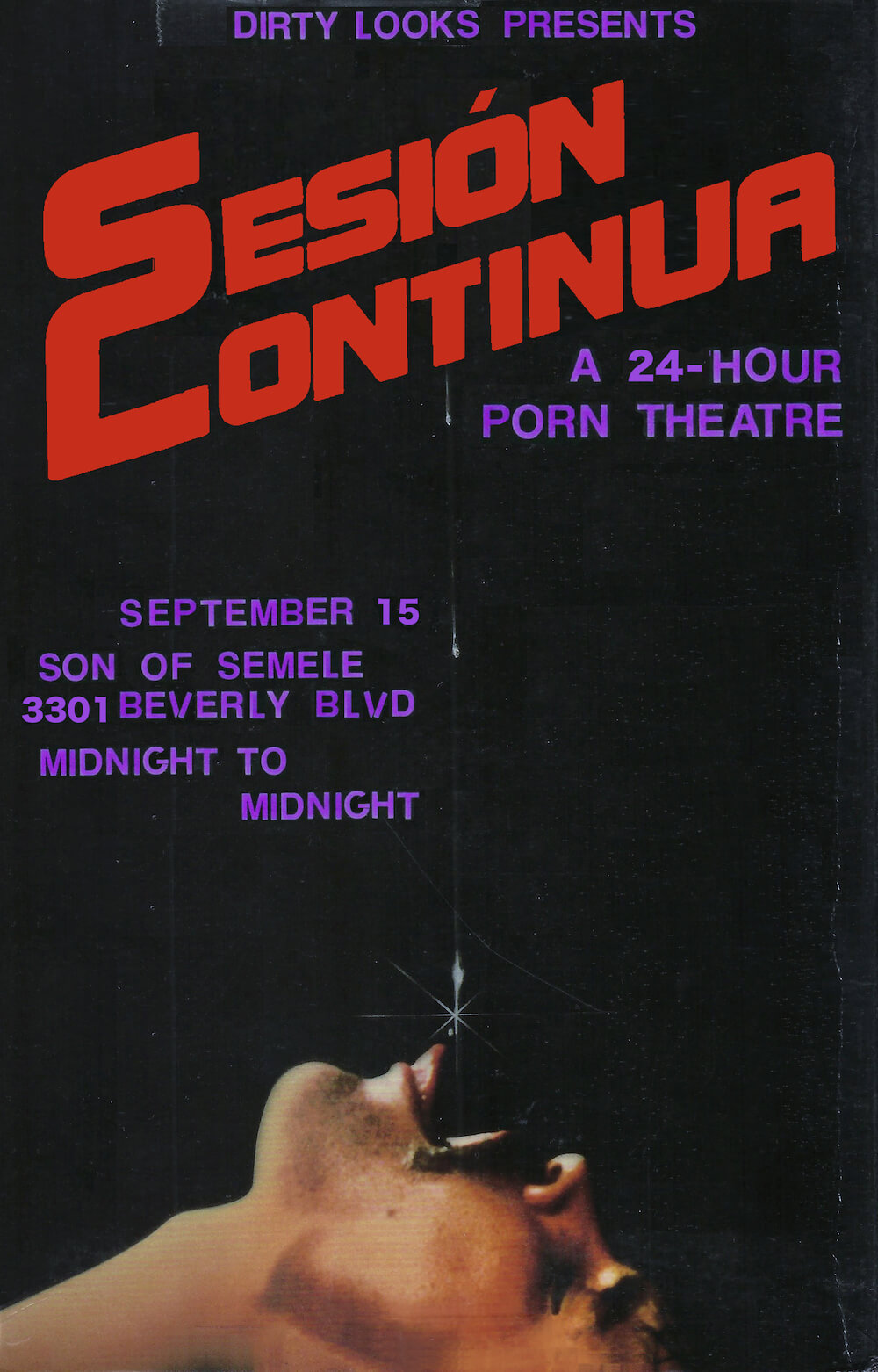 What can we expect from Sesión Continua in its 4th year?

Last year we projected a couple movies on 16mm film for the first time and this year we’re expanding on that, showing six features and a bunch of trailers, which is the largest screening of its kind in L.A. since at least the late ‘80s. The program also includes a lost film — a pornographic murder mystery called The Cast of the Hooded Man.

Do other sorts of things go down while the movies are rolling? 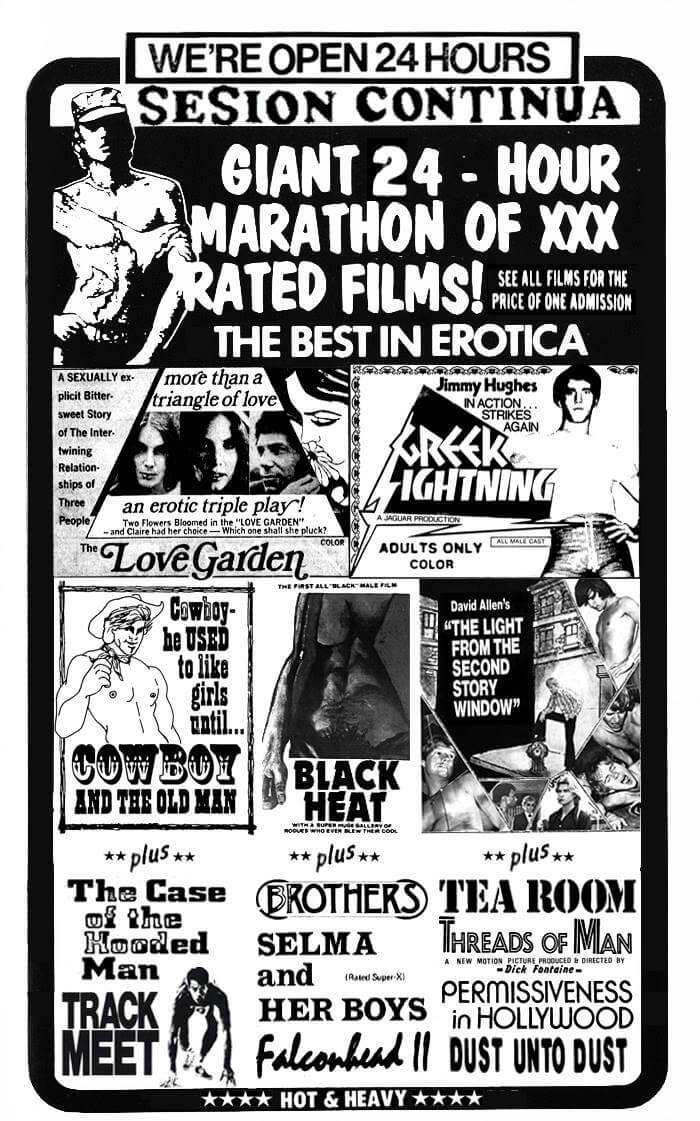 Any favorite films not to be missed in the 24-hour marathon?