Wherever you grow up in the world, discovering that your sexual preferences differ from the norm can be an isolating and often trying experience. Of course, if you’re physically isolated too, then this can be an even more traumatic ordeal, something which God’s Own Country depicts with brutal accuracy.

Although the romantic encounter depicted in God’s Own Country is ultimately uplifting, the mud-splattered loneliness of life as a gay farmer is often wrought with pain. Sure, Johnny Saxby eventually found love with Gheorghe Ionescu, but not everyone else in real life is so lucky.

A British chaplain named Keith Insen recognized this years before God’s Own Country came out, and decided to start a dedicated helpline for queer farmers who need someone to talk to. Since it was established in 2009, the Gay Farmer Helpline has received hundreds of calls from farmers who are struggling to cope in an industry that prizes traditional masculinity above all else. “Should I come out? Can I come out?” These are the kind of questions that Insen hopes to answer for those in need with an open and confidential ear. 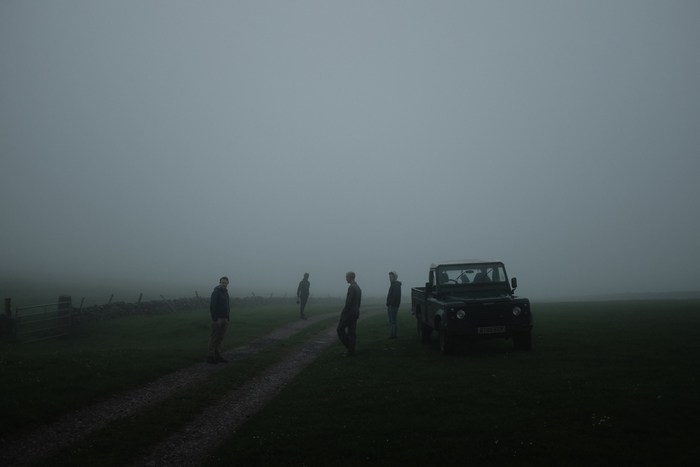 To promote this cause further and help farmers who don’t find their own Gheorghe Ionescu, director Matt Houghton has created a short film called Landline that brings the stories of these men to the big screen. Running at just 12 minutes long, Houghton’s documentary uses real telephone conversations recorded from the helpline to reconstruct the stories of farmers who have sought help from Insen over the years. The result is a deeply candid film that explores a far-flung corner of the LGBTQ community that few queer people probably even knew existed before now.

While unlikely gay scenes can often be found in even the most rural of locations, those who use the helpline are usually aged 50 or over and believe that they’re the only people around who share the same desires. Clearly, it’s not easy being gay in this kind of environment, but even then, audiences might be surprised by how tough this life really is.

One of the most memorable cases explored in Landline involves a farmer in his forties who remains traumatized by an incident that took place in his youth. Together with his father, the unnamed man once encountered someone hanging from a tree on their property. Of course, his father immediately cut the man down to try and save him. However, it soon became apparent that the stranger tried to kill himself because he’s gay and at that point, the father reveals that if he had known this before, he would have left the man to die.

This story is horrific on a number of fronts. First and foremost, it’s clear that this memory has weighed down on the farmer’s mind for decades, buried close to the surface like the crops that he depends on for a living. Believing that his father would have left someone to die because of his sexuality must have been traumatizing for a young boy who’s just started figuring out who he is, especially if his only contact with other gay men involves suicide. If that’s the only future you see for yourself, then it’s no wonder that you would suppress your sexual desires any way you could. Suicide rates are notoriously high for both farmers and queer men in general, so it’s all too easy to see how the combination of both can lead to tragedy.

As we hear the stories told in these conversations, Landline provides a candid and often shocking snapshot of what isolated gay people endure. Of course, sensitive tales of this nature need to be handled with extreme care, and it’s here that Houghton’s approach really excels. Throughout each telephone conversation, the reconstructions never obstruct the story that’s being told or draw focus. Instead, Houghton’s minimalist style of directing simply augments each farmer’s words through beautiful cinematography and restrained acting from an unknown cast.

On the official Landline site, Houghton explains how he enjoyed blurring the boundaries between fact and fiction to “create an active conversation where the stories of a group of individuals compound and react with each other to paint a broader picture.” Landline may be defined by the intimacy of each individual story, but when these calls are combined, the broader message of the film deconstructs traditional notions of masculinity while raising awareness for queer men far removed from the safe spaces found in city-based communities.

The story of God’s Own Country is even more beautiful than the Yorkshire countryside in which it’s set, but if there had been some kind of helpline available for Johnny Saxby, then perhaps the initial pain that his character felt could have been prevented, just like the farmers that Insen admirably helps in real life.