While the American Theatre Wing holds the 72nd Annual Tony Awards this Sunday, June 10th, comedian–actor–TV writer Larry Owens—who lampooned Kevin Spacey, Bernadette Peters, and Dear Evan Hansen in honor of last year’s nominations—hosts his Tonys watch party, Good for Them!, at Caveat. He’s not afraid to go in on issues like the overwhelming whiteness of the industry, and maintains a deep love for the theater.

INTO spoke with Owens this week on what to expect at the awards and why the Tonys are important for all queer people.

What’s the gayest thing nominated for a Tony this year?

The performance by Grey Henson as Damien in Mean Girls! He is serving #PrideMonth #Werk in that! And that’s who I’m rooting for for Best Performance by an Actor in a Featured Role in a Musical on Sunday. There is nothing like a springtime musical theater jam when the cast recording comes out right before the Tony Awards. So, yeah, all the songs [in the show] are stuck in my head. I have this rule where, like, I usually will not listen to a cast recording until I’ve seen the show. I’m very much priced out of most of them this year, so it’s one of the few that I’ve seen and listened to. 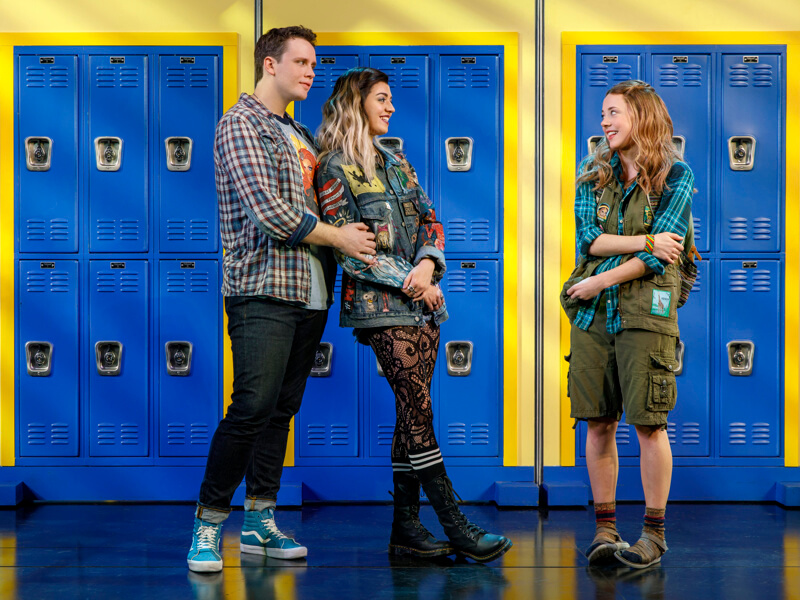 Did any nominations surprise you?

Again, I’m priced out of Broadway this year. And so I really am coming in at my most uninformed, but I don’t believe that hinders the joy of watching the Tony Awards. I think that it’s a huge introduction into the world of theater for America at large, and you know what? This year, I’m using it as that, too.

Talk to me about SpongeBob.

I unequivocally support the entire message, presentation, and construction of SpongeBob Squarepants: The Musical. It is one of the most accessible and relevant shows that we have right now. It feels nontraditional. I know that we’re used to cartoons on Broadway, but not directed by Tina Landau. We haven’t had a moment like that since Lion King. And I feel similarly about it. 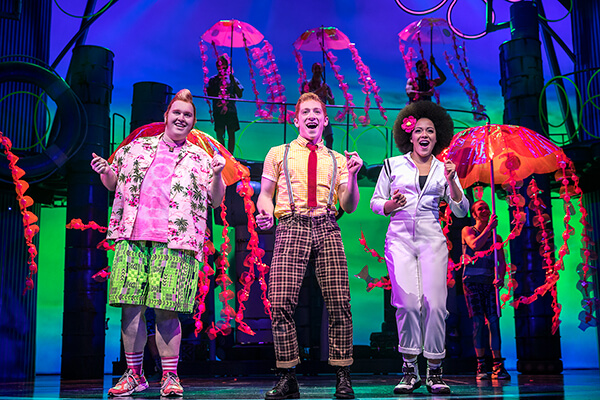 What’s the message of the show?

That our world is fraught! And that it is up to us to change it.

I’ve heard a lot of people talk about Carousel and why it was revived this year, of all years. Do you have any thoughts on that?

That is a show I’ve seen this season. If I were the director of Carousel, I would have made the choice to make Julie Jordan a black woman and have Billy Bigelow be a white man to show the oppressiveness of the imperialist, capitalist, white supremacist male patriarchy on the black female psyche. But I’m a black artist, so that’s the choice I’d make.

How is Jessie Mueller in Carousel?

Jessie Mueller is one of the rare talents who can live in a contemporary musical as beautifully as she lives in a classical musical theater piece. I would love to not see her abused on stage. 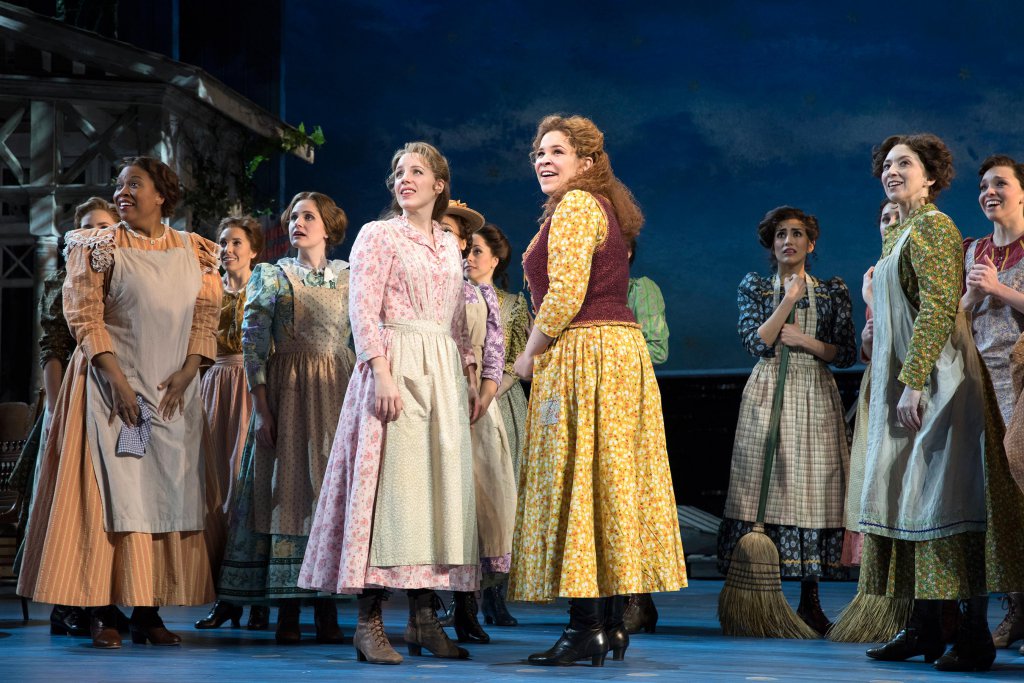 What about the other divas competing this year? Lindsay Mendez is someone who, every time I see her, she blows me away.

Lindsay is a stalwart of the community as a Latina actress who has paid her dues and is now transcending the musical theater box and going into… you know, she did Joshua Harmon’s play, Admissions, and now she’s in Carousel, filling the shoes of Audra McDonald, and I think it’s a great moment for her. I’m excited that she’s being allowed to access that versatility.

I know you saw Ashley Park in Mean Girls, but did you happen to see her in KPOP Off-Broadway?

No! Hot ticket! Hot ticket! It’s still cool to see an actress of color be able to have an amazing year! That it’s not just one show. And in KPOP, she was able to bring tremendous light to the Asian identity as a cultural moment, and then also, in Mean Girls, to fulfill an American cultural moment. And it feels like both are important to her in the way that she’s carrying out those roles.

Laurie Metcalf has had a year.

Another Steppenwolf ensemble member! She’s the person we were studying to be at Steppenwolf. I love that we’re only talking about women, and we’re talking about women who have a limitless scope, it seems like. Laurie Metcalf has an indelible stamp that you see in all of her work. I saw the midnight, Actors Fund performance of Three Tall Women. It was electric. Glenda Jackson was there.

Did you see The Band’s Visit?

No, but again, hot ticket! But The Band’s Visit is the type of show that I love. And I’m sure if I had access to it, I would love to see it, because I love small, intimate, serious musicals that challenge the notion of what a musical is, and David Yazbek’s score is doing that over there. David Cromer is interested in telling stories in really, really fresh ways, even if they’re familiar stories. I’d love The Band’s Visit to be in the zeitgeist, because I’ve seen, just, an outpouring of validation from the Middle Eastern community and Middle Eastern actors. And that is inspiring to me. 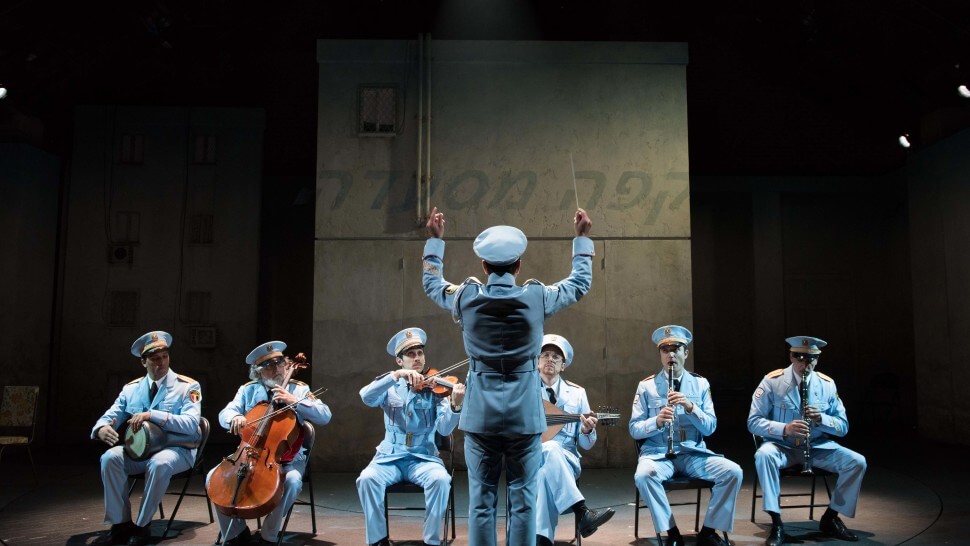 What straight plays have you seen?

What have you heard about Children of a Lesser God?

I follow Nyle DiMarco on Instagram. He’s very beautiful, and has a dynamic Instagram story, and I know that he was wanting very much for the deaf community to come and be a part of that show.

I have a super big crush on him.

In May, Terry Teachout wrote in the Wall Street Journal about how “commodity” musicals get produced more and more, at the expense of “first-rate large-scale Broadway musicals,” pointing to Mean Girls, Frozen, and School of Rock as “slavishly adapted from Hollywood hits of the past.”

I feel like he’s leaving out adaptations like Once on this Island, which is adapted from both Hans Christian Andersen’s The Little Mermaid folktale as well as Rosa Guy’s My Love, My Love: or The Peasant Girl. He’s also left out SpongeBob, which I would call a commodity musical by every definition, except that it’s talking about something really great.

I don’t mind recognizable products on stage as long they are being done with an eye towards a bigger picture, and as long as that does not stifle the voices of young, original musical theater tastemakers. Musical theater informs the popular culture, so we need to continue to go to the musical theater to inform where we go. It is, along with jazz, one of the only American art forms. Truly.

I am a member of the Musical Theater Factory, which was founded by activist-actress-director Shakina Nayfack (of Difficult People fame). And the whole mission of that organization is to create musicals free from the pressures of critical and commercial success, and thus, foster them to go on to big stages.

Every year we read these articles about the biggest box office ever on Broadway. I’d love to see that—in addition to going into the hands of the people who have invested in it, and theater owners—to be fed back into a system of fostering new American musical theater tastemakers. They don’t know where to find them. I know where to find them. If they have any questions, ask me.

Say that you’re a queer person who doesn’t know anything about musical theater. Why should you care about the Tonys?

The Tonys have saved so many gay lives. The most amazing thing about the Tonys this year is that they’re awarding the Excellence in Theatre Education Award to Melody Herzfeld, drama teacher at Marjory Stoneman Douglas High School in Parkland, Florida, because her students are changing the landscape of the world. And I believe it is because of what they learned inside of her class and what was fostered in her theater-making class. 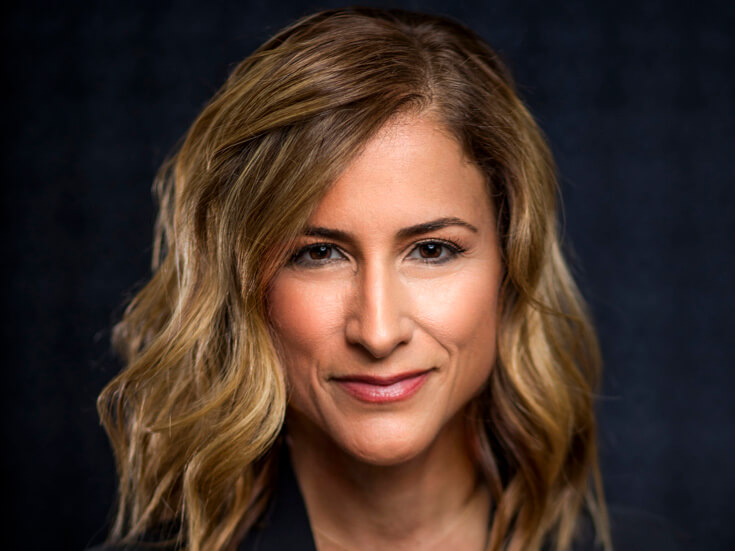 Theater isn’t just about singing and dancing — theater is about community; it’s about representation. It’s a place where we’ve been able to go to be free and live our lives and have our work recognized. I find it no coincidence that the Tony Awards, for as long as I can remember, have happened in June, which is now being acknowledged as Pride Month.

Watching the Tony Awards when I was a kid, and seeing Tonya Pinkins play a black, female protagonist in a musical written by Tony Kushner, informs every day of my life since then. So you never know what you’re going to see. And it’s actually that thing that you weren’t expecting that can make you a lifelong fan.