It was last call for the only gay bar in Joplin, Mo. this weekend.

Equality Rocks, known by locals by the initials “E.R.,” closed out a two-year run in the Ozark hamlet with Hollywood glamour. Themed like a red carpet event at the Academy Awards, town residents were invited to wear cocktail dresses and suitsringing in the new year with an air of somber decadence. The business announced it would be closing earlier this month, unable to keep up with exorbitant air conditioning bills in the summer season.

Located on the bottom floor of a three-story building in the city’s petite nightlife district, Equality Rocks opened in downtown Joplin in June 2015. It took over for Pla-Mor Lounge, a gay bar housed in the same space.

Brett Mason, who worked in both establishments, says that operating a gay bar in small-town Missouri is a matter of eternal recurrence.

“The typical lifespan for a bar in Joplin is three to five years,” says Mason, who served as the general manager of Equality Rocks. “Typically a bar comes in, it does really well for awhile, it starts to decline, and it closes. There’s a short break where we don’t have one, but then another one opens and starts the cycle all over again.” 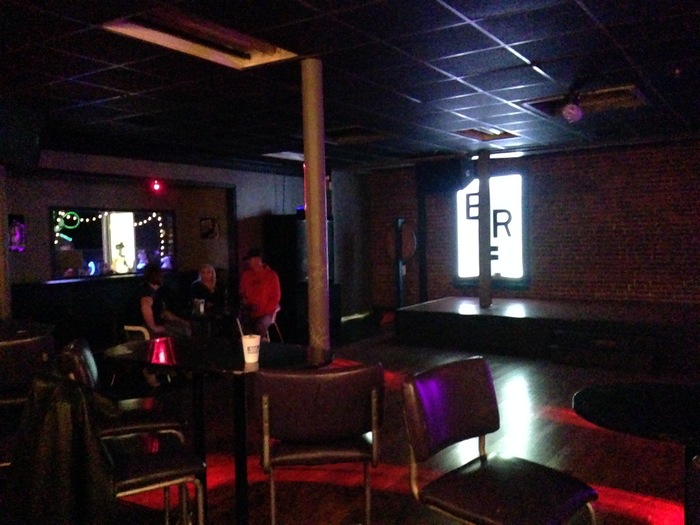 But the world of queer nightlife is very different from the one Equality Rocks sashayed into two years ago. Since 2006, over half of London’s gay bars have closed. There are reportedly only 36 lesbian bars left in the entire world.

If the bar hopes to make a comeback, it will have to attract customerswhich appear to be in short supply.

Mason cites all the usual culprits behind the siphoning off of clientele. With the advent of social platforms like Tinder, Grindr, and OkCupid, millennials don’t view gay bars as vital to building community in the same way earlier generations of LGBTQ people did. Many of the customers who commented on the bar’s Facebook page to express shock at news of its closure hadn’t visited in months, he says.

“It’s hard to operate a business for people who only want to support it a couple times a year,” Mason claims.

But one factor was unique to the struggles Equality Rocks faced: the enormity of casinos in the area. Owner Rodney Plott estimates there are “more than 20” within an hour’s drive of Joplin. These establishments offer free live bands and drinks at a marked discount from what an independent gay bar can afford to charge, Plott says. Casinos make most of their money from slot machines, not gin and tonics.

“What [casinos are] doing to the LGBTQ community is taking away its ability to have a niche business,” Plott tells INTOover the phone. “Equality Rocks cannot compete with the quality of food service and quality of entertainment.”

Although Plott is heterosexual, he says running a small-town gay bar became a passion project for him after Pla-Mor shut down in February 2014. The 55-year-old had never operated a bar before, but he saw a financial opportunity in an often-underserved demographic. Joplin has several LGBTQ-friendly businesses on the same strip, but to visit a full-time gay nightclub, residents would have to drive to Tulsa, Okla., Springfield, Mo., or Fayetteville, Ark.

Plott claims the experience has been eye-opening. Employees told him they had extremely few spaces in rural Missouri where they could feel safe and comfortable going out with their same-sex partners without fear of harassment.

“They have to be quiet in the workplace [or] when they’re eating out in public at a restaurant,” Plott says. “In these very small communities, you can be seen and not heard. My passion is to give [LGBTQ people] a safe place to go, be themselves, have a good time, and forget that they live in a small town with backward people.”

“They should feel respected and loved,” he continues.

When INTO inquired as to how the Missouri town had responded to Equality Rocks, Mason and Plott told very different accounts.

Mason spoke in rose-colored tones about the local community coming together during times of tragedy. After an apocalypse-level tornado destroyed an LGBTQ-affirming church in its $2 billion path of calamity, the queer community opened its doors to Joplin residents in 2011. Pla-Mor held drag benefit shows to raise money for the recovery effort. It also offered coffee and phone charging stations to those without power or shelter.

After last year’s Pulse shooting, Mason claims the love was returned with an outpouring of support from local government and the police department.

“We had a candlelight vigil at one of the parks in town and we had people from the city council and pastors from area churches come and show their support,” says Mason, who calls the community “accepting and amazing.” 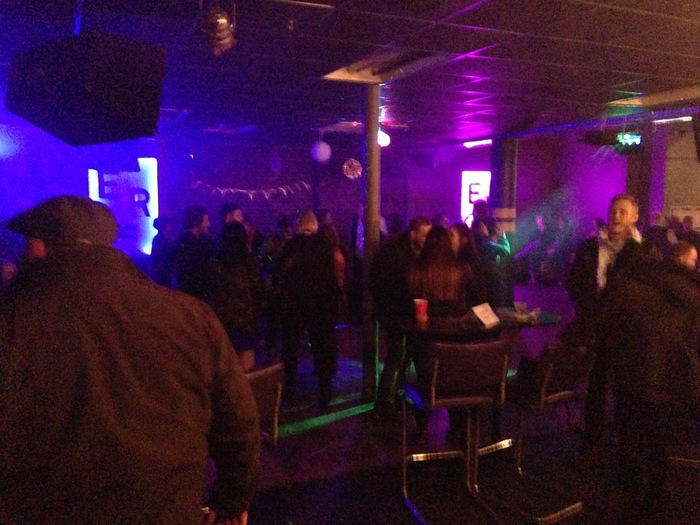 But Equality Rocks has experienced its share of struggle. Just days after the bar announced it was closing, a burglar broke into the building after climbing onto the roof and entering through a hatch. Prior to the break-in, the intruder posted a rambling, expletive-laden Facebook status in which he compared homosexuality to having sex with dead people and transgender people to animals.

“You got people thinking it’s cool to be a dog and that that’s what they were born as,” he wrote. “[…] What’s happening to our world? Not every single thing is acceptable. Let’s just f***ing legalize necrophilia in every state next why don’t we (sarcasm). Then let’s use the gays to back up our obsession with f***ing dead people.”

“Isn’t it pretty f***ing clear what humans are born to be?” he continued.

When Plott tried to find a local videographer to film a short documentary about the bar, he had several companies turn him away when they found out Equality Rocks primarily serves a LGBTQ customer base (although Mason emphasized several times that all are welcome).

“Once I tell them who our patrons are, they’re out,” Plott says. “In a tiny way, I’ve felt the discrimination the community feels.”

Despite the challenges of keeping a gay bar afloat in a county where 72 percent of voters cast a ballot for Trump in 2016 election, Plott is determined to keep fighting for his adopted community. He’s currently looking to purchase a building in the town outright, which gives the business greater leverage than leasing from a landlord.

But Mason believes the next iteration of Equality Rocks needs a new business model if it hopes to outlast the built-in expiration date of Joplin bars. He envisions an atmosphere that’s part-pub and part-cabaret, built around good food and great entertainment.

While the LGBTQ community figures out what’s next, Joplin will have scant resources for its queer and trans population. Jo Mo Eq (short for “Joplin Equality”), a youth support group, meets twice a month. Masonwho is on its boardsays the network is a crucial lifeline for young people who may be in crisis. But having a dedicated refuge to find shelter, be surrounded by people like yourself, or even to hear your favorite song is simply irreplaceable.

“It’s disappointing now we won’t have a place for ourselves,” Mason says.