Laverne Cox is a Cosmo girl.

On Monday, Cosmopolitan South Africa announced on its Facebook page that the magazine’s February cover model would be none other than Orange Is the New Black and Doubt star Laverne Cox.

According to The Grio, Cox wrote in a letter in the magazine, “Your voice matters, the truth of who you know yourselves to be matters. The truth will set you free!”

Since its the Valentine’s Day issue, Cox also talked about finding love as a trans woman.

“Trans women deserve to be loved out in the open and in the light,” she wrote.

In an interview with Cosmopolitan, Cox opened up about being introduced to her partner’s family for the first time.

“As a black transgender woman, I’ve often been kept a secret by the men I’ve dated,” she explained. “So when my ex-boyfriend introduced me to his dad, and invited me to spend Hanukkah with him and his family, it was the most special thing ever.”

Holly Meadows, the Editor-in-Chief of Cosmopolitan South Africa, wrote that in this issue, “We wanted to disrupt hetero-normative ideas around February and Valentine’s Day and look at love in 2018–including acceptance of self, others and non-binary relationships.” 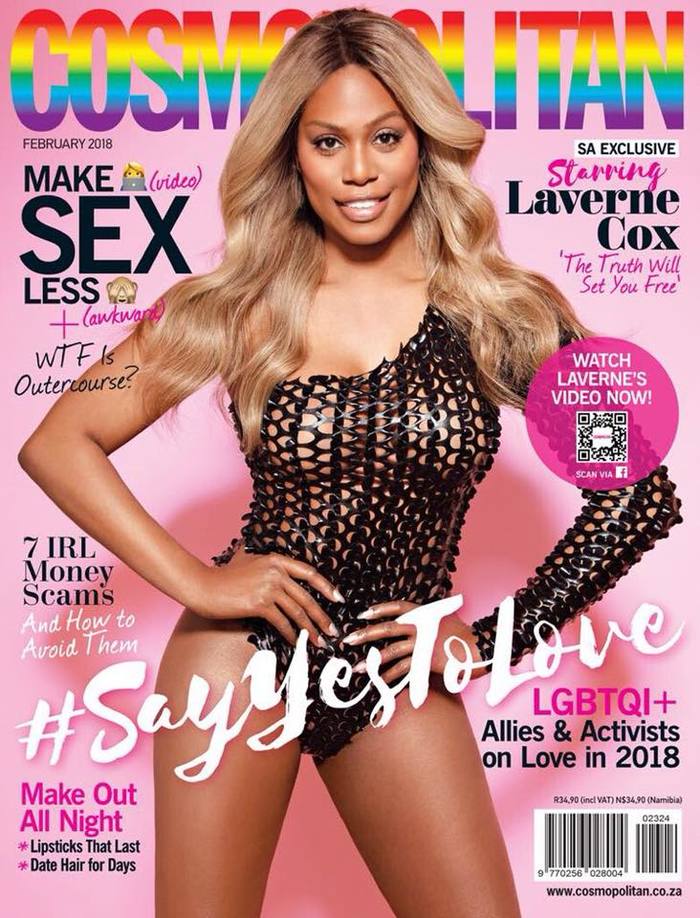 “It’s about time, thanks Cosmo,” one person wrote.

“Now that’s what I call everything,” another person said.

This isn’t the first time Cox has broken boundaries by talking about transgender women and dating. In the fourth episode of her CBS drama Doubt, Cox talked about dating as a trans woman along with characters played by trans actresses Jen Richards and Angelica Ross.