About two weeks ago, I logged into Twitter like it was a regular schmegular day, ready to take on the news in my feed like it was the morning paper. Of course, that kind of laissez-faire attitude could not have possibly prepared me for how quickly I was gobsmacked by the existence of Lena Waithe’s Vanity Fair cover and how swiftly it flooded my timeline.

Now, I have been casually observing as of late that Waithe is on an incredible roll, so this shouldn’t have been surprising. That said, nothing could have prepared me for the impact and the sheer magnitude of FEELINGS I felt upon seeing her on that cover. 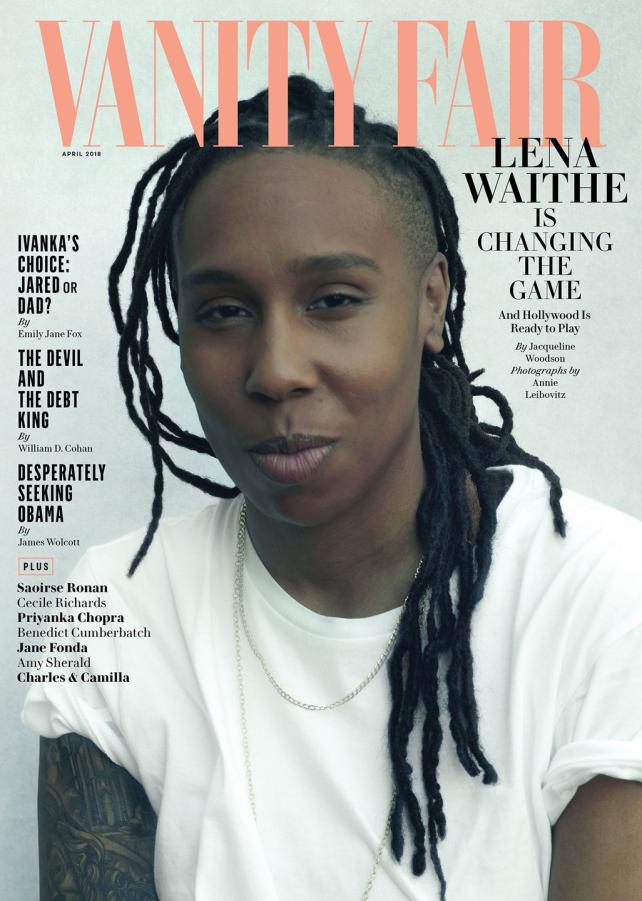 Feelings of elation. Gratitude. Joy. All of that.

Now, there are only a couple of reasons I’d be this emotional to begin with and they go a little like this: First, Lena Waithe is living her best life. Saying that Waithe is on a roll is nice, but is still pretty much an understatement. This girl is on fire (ha ha ha). From scoring an Emmy for her immaculate work on Master of None episode to her producing the critically acclaimed TV show The Chi, to her cameo in This Is Us, to her being absolutely adorable and gracing us with her beautiful relationship with partner Alana Mayo, her securing the bag with her role in Ready Player One (which she was praised for by filmmaker Steven Spielberg), to the aforementioned Vanity Fair cover, Waithe is everywhere.

Like we have said with folx like Cardi B, and Tiffany Haddish, Waithe is having the BEST year. The best. It is her year and her moment. And this is incredibly special because in the former cases, while I am always cheering for [cis, straight] Black women to win, it means something more this time around that it is Waithe, a queer Black woman, who is doing the winning. I mean, borrowing from the words of the legendary Rihanna, First and Only of Her Name, yeah, Black girls rock. But queer Black girls? Non-binary Black girls? Trans Black girls? We’re on another level.

And being on another level is accompanied by a different set of hurdlesin comparison to our cishet counterpartsthat we need to overcome to attain success. Because often times, folx who attain the level of success that Lena is just getting started with and who identify as we do may not look like usparticularly when it comes to race. Indeed, the barometer of success in the LGBTQIA+ community usually looks like the go-to gay representation in media, which is usually the most basic cis, gay White man.

So, of course, seeing Waithe win like this and counter established norms with her VF cover as an out, butch Black lesbian is going to be incredibly empowering for a queer Black femme like me.

Secondly, in her sit-down with Vanity Fair, Lena encourages us as queer Black folx and queer Black people to reclaim our stories. And she is absolutely right. Part of what is making this year Lena’s best year [yet] is the fact that with all the accolades and jobs she is locking down, Lena is actually getting to be in the driver’s/writer’s/producer’s seat for all of her creative endeavors.

This is important for a myriad of reasons, but primarily because representation is only going to be as good as what that creative time/writer’s room looks like. And if the people you are seeking to “represent” don’t even have a voice behind the scenes or in the creative process and are unaccounted for in that room (looking at you, Jessica Jones), then your representation is merely decorative and shallow.

Unfortunately, this is the situation queer Black/QPOC creators usually find ourselves. It is the norm to bar us from telling our own stories (and to let us be the masters’ of our own fates in this regard). When I read about Lena addressing this ugly phenomenon in her magazine spread and encouraging us to reclaim our stories, I was clapping and snapping. Because not only is she the perfect person to say it (with her star being on the rise), but it absolutely needs to be said. You know why? Because no one is going to tell our stories better than us. 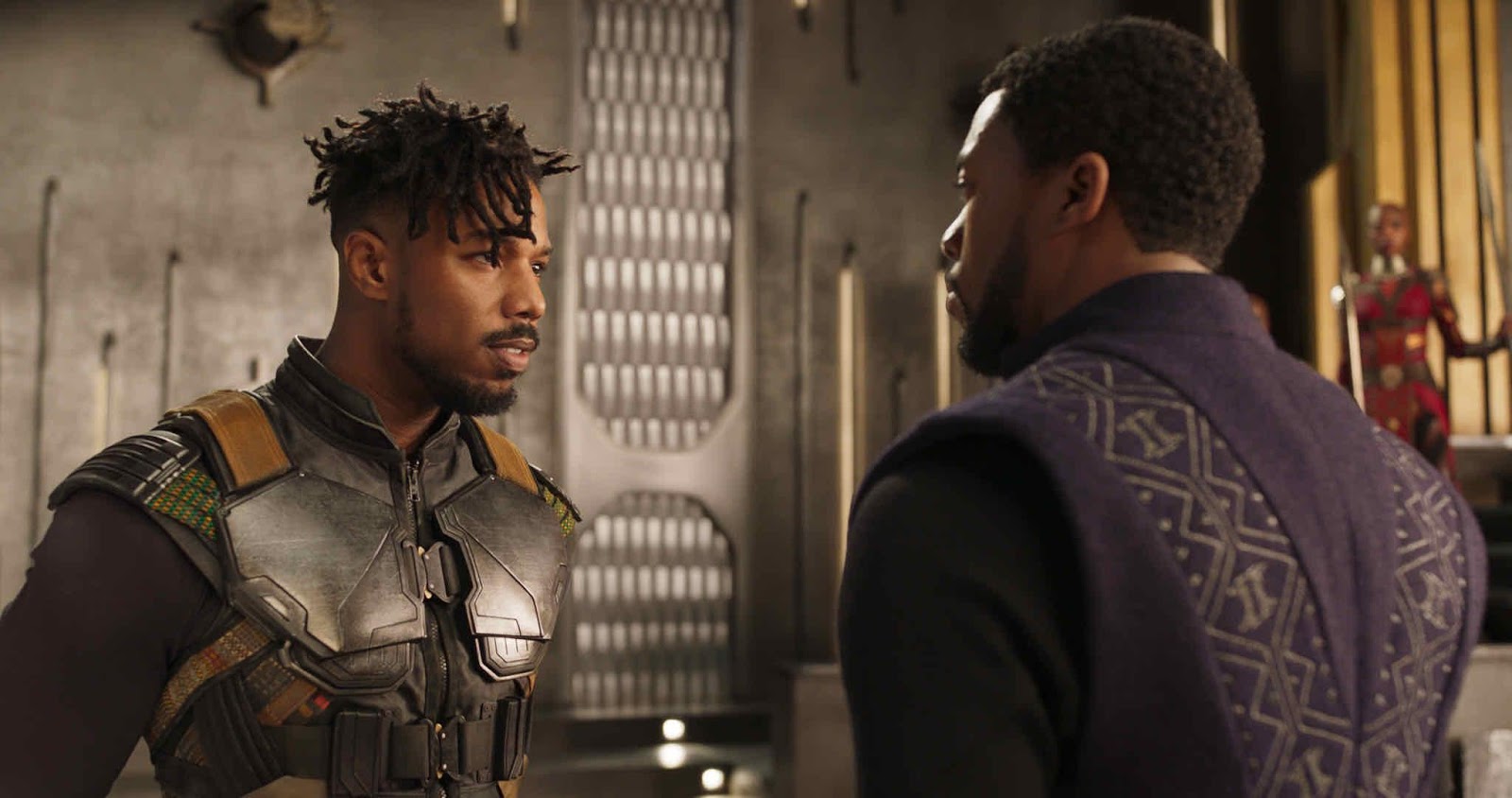 Thirdly, she gives late-blooming queer folx like myself hope and encourages us to do the same for others. Another reason Waithe’s VF cover had me in my Black Gay fee-fees is because she gives late blooming queer folx immense hope for themselves and the future by inspiring them to be their truest selves, by being her truest self. And she encourages those same late-bloomers to step out do the same. She echoed this in her sit down with The View. While she was there, she gave a powerful speech about living our truths as queer folx, but I was particularly emotional when she said that “We have to be a beacon of light for those young [queer] kids of color.”

And even more recently, she commented that she definitely didn’t want to be the only queer Black person/QPOC that was out here working and prospering.That shouldn’t be taken lightly, chiefly because plenty of queer Black folx and QPOC come into this queer game late. We walk around with delayed adolescences, deferred dreams, and shelved aspirations. And if WE had had someone like Waithe walking around and living their best life like this when we were coming up, we might have been brave enough to do the same and be that example for someone else.

And I do not believe it stops there, either. Because just like there are those of us the outside of Hollywood’s deceptively pearly gates who have had doubts about ourselves, our sexuality, and our talents, there are probably those on the inside who have felt these same things. And they most definitely needed to hear it and hell, maybe they’ll be encouraged to lead authentic lives based on Waithe’s words alone.

Which is why Lena Waithe’s VF cover is, quite frankly, iconic. And is gonna forever have me shook. Because it’s not every day that you see a butch Black Lesbian doing it BIG like Lena is. And if you had told me that this cover would exist years ago, I would’ve guffawed in your face.while still falsely believing I was straight.

But thank Bast for progress, for growth, and for the only Lena that the Black Delegation formally recognizes…who sees the God in all of us queer Black folk.