Lee Hyun-ju, the South Korean film director best known for her 2016 lesbian-themed film Our Love Story, has announced she’ll be retiring from filmmakingafter being found guilty of sexually assaulting a female colleague in 2015. That decision, handed down in December, gave Hyun-jua two-year jail sentence, 40 hours of sex-education therapy, and a three-year suspension.

“Although I accept the ruling, I feel I have been falsely accused.I agree that my behavior has hurt the victim and the victim’s boyfriend, regardless of the reasons,” Lee said in an official statement Thursday.

The woman who accused Hyun-ju is also a director, and made her allegations public via social media. Although Korean law protects the name of the accused and the accuser (“A” and “B,” respectively), Lee decided to identify herself. “B,” the accuser, has reportedly since taken to social media to further incriminate Hyun-ju. A source close to the situation alleged that Lee and “B” got drunk, then Lee took “B” to a motel, where “B” woke up undressed. Lee maintained that they had consensual sex, but “B” said otherwise.

“In the spring of 2015, I was sexually assaulted by a colleague and former schoolmate, another female director,” “B” wrote. “My attacker dragged out the trial for two years, but last December the official verdict was given. While the trial was still going on, my attacker promoted her film through various events and film festivals. Seeing my attacker win an award made me beyond surprised and lose faith in humanity.

“Thanks for those who supported and liked Our Love Story,” she said in her statement. “I am sorry to disappoint many people. To me movies were all I had in life, and I lived for it until now. However, I will quit working in the film industry to take responsibility for the issue.” 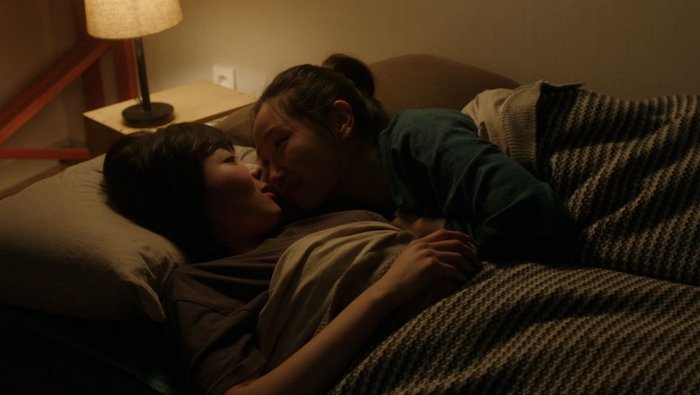 Hyun-ju decided to come out as a lesbian in her official statement on the matter, saying, “For a long time I was not able to reveal my sexuality to anyone around me. When I thought about how homosexual people are treated in our society, I could not come out with any confidence, and instead carefully portrayed my worldview in my film. My sexuality has been revealed in a way that I did not want, including to my family. Rather than explaining my actions in an official capacity, I have chosen to comfort my shocked parents instead.”

It’s disappointing to hear a coming out story under such grim circumstances. The scandal is reminiscent of the situation surrounding actor Kevin Spacey, who was not “out” as a gay man until accusations of sexual assault came to light. The accusations against Spacey also involved assault of minors.

Homosexuality and sexual assault or misconduct are not linked under any circumstances. The conflation of homosexuals and pedophilic or predatory behavior is a harmful and false stereotype that the LGBTQ community has fought long and hard to disprove. It’s disheartening to see queer people like Lee Hyun-ju or Kevin Spacey use coming out stories as attempts to seek sympathy or allay the gross accusations against them.

Taking responsibility and removing herself from the industry is a suitable result for Hyun-ju, given the charges against her. Hopefully, other filmmakers, actors, and producers who have been accused of similar assaults will follow suit.

Women in Film Korea announced earlier this week they have stripped Hyun-ju of an award she was given at the end of the year. In a statement, the organization insists they were unaware of the charges against her, saying: “The board members believe she has clearly violated the cause of the association’s establishment and have decided to cancel her award.”

Our Love Story was awarded the top film prize at the 2016 Jeonju Film Festival and was nominated for several others, including five Best Director nods for Hyun-ju.