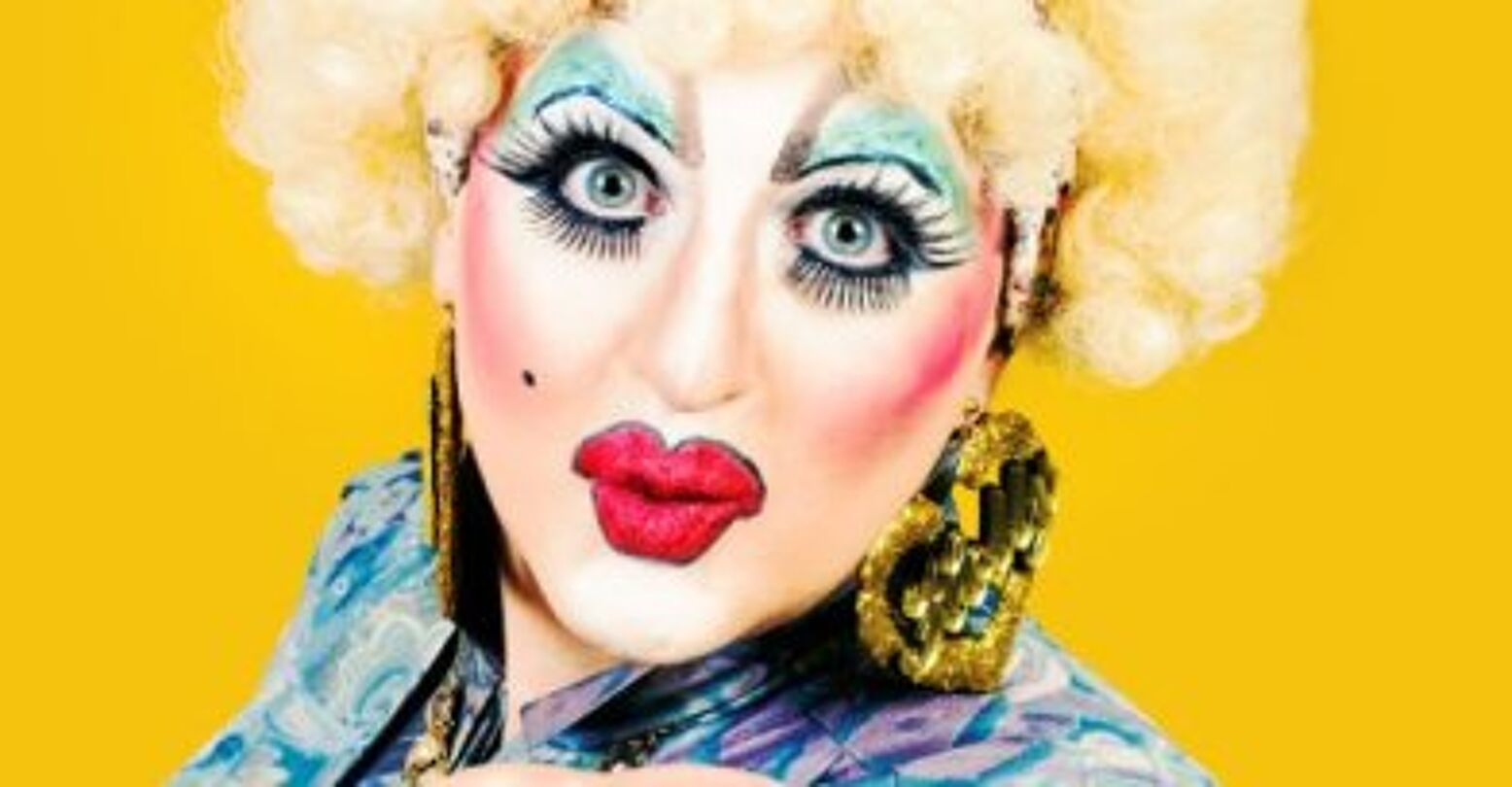 The final night of Death Drop: A Dragatha Christie Murder Mystery began with RuPaul Drag Race icons William and Lactrice Royale sending the audience into gleeful hysterics. No one expected the drag play to end its theatrical run with the unscripted performance of a lifetime.

Holly Stars, writer of and drag performer in the murder mystery, was filmed stopping the performance at the London’s Garrick Theatre after an audience member had the audacity to throw a Coke bottle onstage.

Before the perpetrator could slink away into the crowd, Stars iconically singled the coward out,  shouting: “Whoever threw this bottle of coke up, get the f**k out of this theatre!”

Like a true Queen, Stars called on security and delegated her dirty work, “get this d**khead out of our theatre!” Instantly, the theater erupted into cheers.

Love to see it. @hollywstars is the Queen we all need. ❤❤❤@hollywstars confronts the disrespectful arsehole that threw a bottle on stage.

“Whoever threw this bottle of coke up, get the f**k out of this theatre!” https://t.co/gOn0iTvu6K

“Out! Out! Out!” the crowd chanted. Their rowdy cheers are indicative of many things; one of them being the zero-tolerance policy queer stars and fans should have for hate in an explicitly inclusive space like a drag play.

With the jerk being efficiently escorted out, the performers settled back into their natural rhythm as the play resumed without a hitch.

“We shouldn’t have to expect actors to police audience behavior… but Holly Stars is a legend for treating this delinquent with the contempt he deserves,” tweeted one fan.

Don’t mess with that @hollywstars you’ll get a chinning 😂 https://t.co/DrvYskNBUs

Another tastefully brings it back to basic drag show etiquette: “Basic rule, don’t f**k with Holly Stars, 10/10 shouldn’t have to tolerate that s**t.”

Clegg adds, “Just an FYI, if you throw a full bottle of Coke at a drag performer, you will absolutely be thrown out of the theatre, read to filth, and the police will be called.” And that’s the final word on the fiasco, straight from the creator of the West End play himself. Basically, if you mess with drag performers, expect a crowd to cheer as you’re carried out.

This video belongs in the V&A https://t.co/KyPw4GyWNT