Eighteen years after Disney and Lindsay Lohan brought Eve to life, she has returned to shine bright and far on Freeform’s new LIfe Size 2. Fans of the original film, which premiered on ABC in 2000, campaigned for a sequel for years, and ever since Disney announced in early 2014 that they were developing a sequel with Tyra Banks, reprising her starring role, I think we’ve all been asking:

Well, ANTM winner Kyla Coleman’s dreams have finally come true, and this movie gave us a lot to get excited about. Freeform knows exactly who’s tuning into this movie, and they gave credit where credit is due. Gay romance! Bi visibility! FASHION! Let me break it down for you.

The main character is bisexual (or pansexual)

The Lindsay Lohan role in Life Size 2 is replaced by a new heroine, 25-year-old Grace, a party girl with mommy issues who is thrust into the role of CEO of Marathon Toys, the manufacturers of the Eve doll, when her mother gets arrested for insider trading (more on that later). After a rough day of budget cuts and boardroom disagreements, she decides to have a casual seance with her 12-year-old neighbor, Lex, and wakes up the next morning with Eve in her bed. She assumes without much fanfare that they had hooked up the previous night. When Eve starts acting strange, Grace asks, “Am I your first girl?”

This, of course, implies that Eve would not have been Grace’s first. Later, when her friends meet Eve, they also presume she is one of Grace’s hookups. There are other, subtler moments in the film that continue to code Grace’s queerness (pink tuxedo in the final presentation, anyone?) although her identity is never explicitly stated. She ends the film with a heterosexual romance, but the potential for romance with either gender isn’t necessarily called into question or shamed by her friends, both gay and straight. 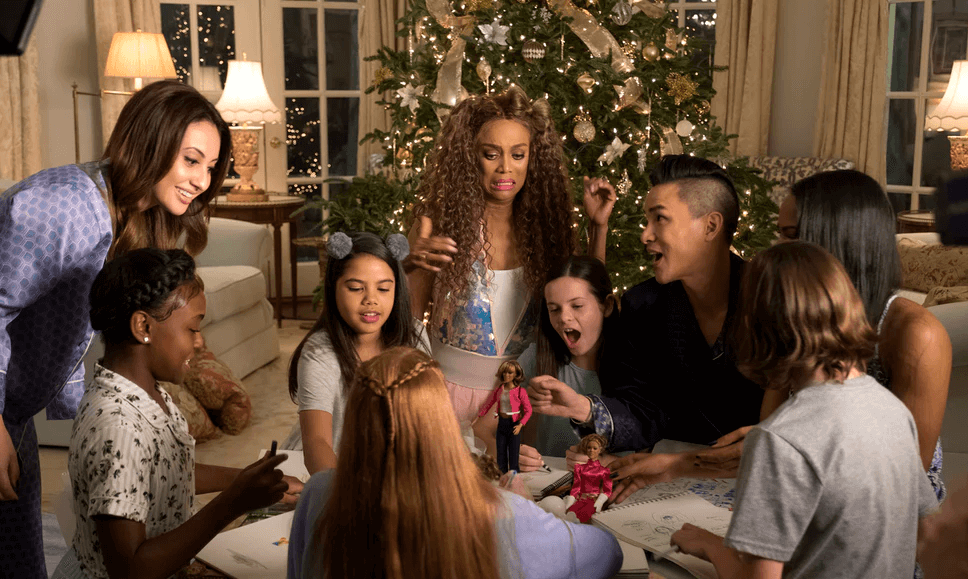 Within the first few minutes of the film, we meet Grace’s best friend and confidante Brendan Butler (Hank Chen). Most GBFs in rom-coms and family-friendly fare are usually only implicitly gay through stereotypical mannerisms or references. Brendan gets to express his sexuality openly on multiple occasions. As the film develops, he helps Grace confront her issues and is the first to protest when Grace wants to (gasp!) discontinue the Eve dolls.

At Marathon Toys, Grace’s only ally is board member Carter (Michael Shenefelt) who tells Grace how much her mother would disapprove of discontinuing the Eve dolls. He works together with Brendan to get Grace on board with an Eve revival, and in the process the two have a budding romance. In an instantly iconic exchange, Brandon tells grace that he and Carter “text from time to time” and she quips back, “What time? Midnight to 4 AM?”

Gay booty call reference? In my family film? Yes, please. While the romance unfortunately doesn’t get much screen time, it is at least sealed with an on-screen kiss, which is more than most queer storylines get in this type of holiday movie. Carter later comes to Grace’s rescue when he overhears villainous board member Devin Drake admit over the phone that he framed Grace’s mother in the insider trading scandal that landed her in prison. Carter submits the evidence to the authorities and somehow arranges to have Grace’s mother released all in a matter of hours, because that’s the power of the gay agenda folks.

But that’s not all! When Grace invites her Lex and her friends to brainstorm new ideas for Eve dolls, the only boy in the group, Milo, designs a “Love is Love” Eve who wears a rainbow dress and accessories. Grace’s Eve later tells Grace that she is hard at work in Sunnyvale helping a young girl in Ohio realize that someday, it gets better. The “mean gay with girl squad” trope also gets subverted when Grace assumes the kids are bullying Lex, only to find out they are all her friends.

(By the way, another kid in the group designs a “Woke Eve” who has a passion for social justice, so it’s safe to assume that we stan her too. Honestly, guys, this is the most GIFable film of 2018.)

Queerness and diversity are normalized and celebrated 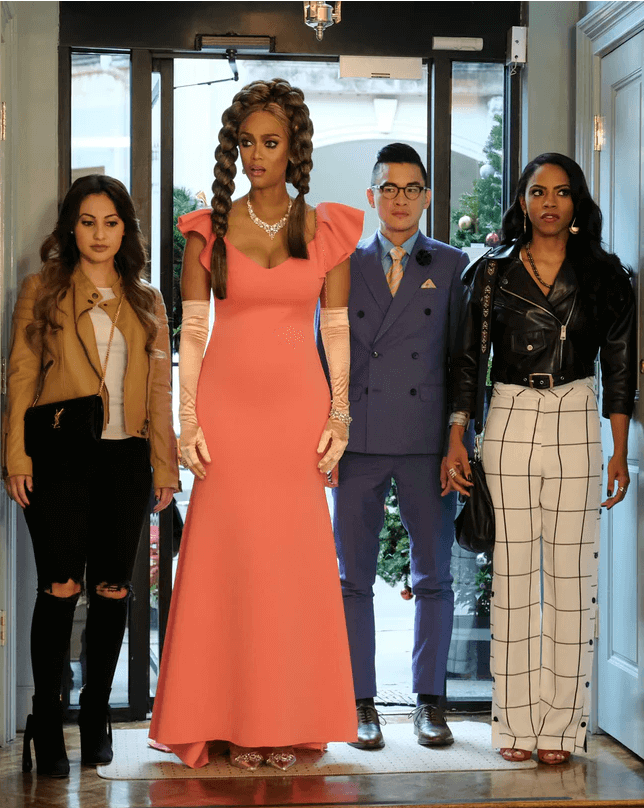 At no point in this movie does Grace’s, Brandon’s, Carter’s or the young boy’s sexuality come into doubt or scrutiny. Grace’s friends encourage her to pursue Calum, the main romantic interest, but don’t bat an eye at the fact that she may be hooking up with girls too. Brandon and Carter’s relationship is not tragically torn apart through either homophobia or death, nor is it saccharine in it’s “triumph” over hate. Milo is not forced into a tidy coming out story. These characters – played mostly by actors of color – are just queer people being queer and going about their lives. Revolutionary!

Last but certainly not least, the iconic H – to – T looks

There are lewks aplenty in Life Size 2. I mean, just look at this candy cane jumpsuit with the off-the-shoulder fur detail. In a good old-fashioned makeover montage, Eve tries on fur coats, crop tops, a rainbow-colored sweater dress, neon colored athleisure, a black-and-white checkered power trench, and much much more. (If you want in on this action but don’t feel like watching the movie, you can see most of these in the Be A Star 2 music video on YouTube.)

Later, in a full-on Eternal Sunshine sequence that solidifies Life Size 2 as the most GIFable film of 2018, Eve calls for backup in Sunnyvale, a mystical utopia populated only by Tyra Banks wearing different outfits. Here, Life Size die-hards are treated to two iconic looks from the original film: the first Eve who answers the phone is wearing her standard pink-cardigan-and-capris look, and the secretary taking notes on the call is wearing her 9-to-5 look, which you may or may not recognize from this timeless GIF:

Obviously, calling this film a completely queer text would be a stretch. There is always room for improvement and while there is plenty of subtext in the film, much of it exists off-screen or is something for audiences must “pick up on” rather than experience directly. It would have been refreshing to see Grace’s sexuality further explored, or for the gay romance to get some real air time. But Life Size 2 is certainly a step in the right direction in the family/holiday genre.

Whatever your thoughts on the relevance or quality of Life Size 2, the fact is that Freeform released a family-oriented holiday comedy where the heroes are queer and/or people of color and the villains are rich straight white men. And that’s a holiday message I can believe in!