Nobody has ever disappointed me to quite the degree that Lindsay Lohan has.

On Friday, the Mean Girls actress sat down with Wendy Williams for an in-depth interview. Williams prodded Lohan on everything from drug use, to a Mean Girls sequel, to her sexuality. She asked if Lohan considered herself to be sexually fluid, to which the actress responded, “No. I like men.”

When pressed further on her past relationship with celebrity DJ Samantha Ronson, Lindsay somehow found a way to erase her own sexual identity. She laughed and insisted, “I was living in LA. I’m not saying it’s a bad thing, but no, I’m not dating right now.” 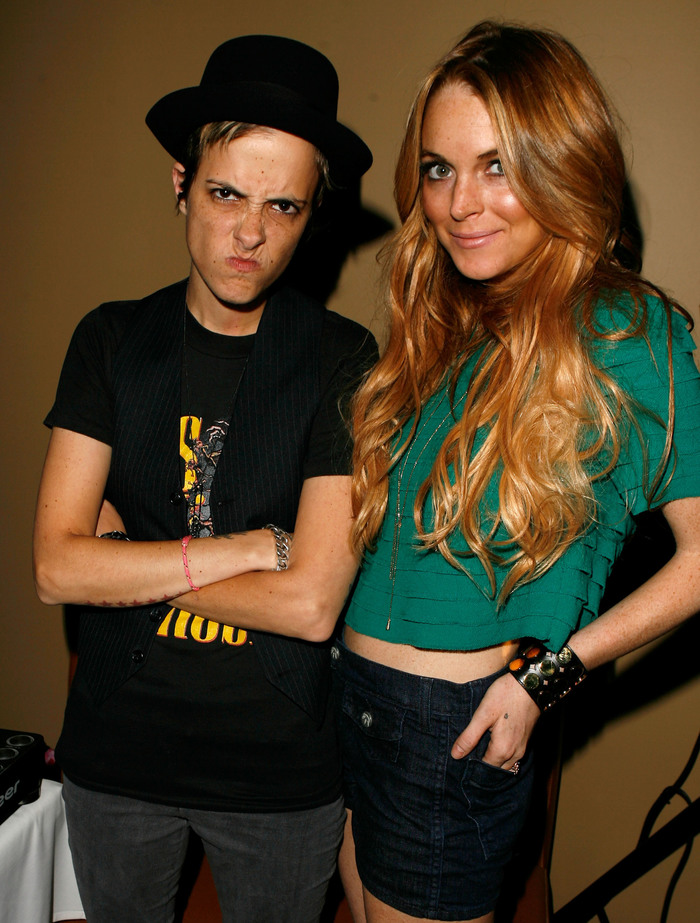 She then immediately pivoted to a broader statement on relationships, telling Williams, “I don’t have a man. I don’t want to date anyone right now. I’m in work mode, I like it.” She added, “I have great girlfriends, people around me, my family. Relationships, I’ve had enough of them. I don’t think, especially in L.A. you’re always around other actors, and I like being okay with me. When it happens, it’ll happen.”

It’s nothing short of bizarre to brush off a year-long relationship with a personespecially because it was so visible. The couple attended multiple public events together, were photographed together constantly, and Lohan has spoken openly about their relationship in the past. But this deflection is unfortunately somewhat unsurprising, considering Lohan’s history with flip-flopping on her sexual identity.

In 2008, she first acknowledged that she was dating Ronson. When asked if she identified as bisexual, Lohan said “Maybe,” but added that she doesn’t like labels.

“I don’t want to classify myself,” she said. “First of all, you never know what’s going to happentomorrow, in a month, a year from now, five years from now.”

In 2012, Lohan told Us Weekly that she and Sam were “in love,” adding that it was a “serious relationship” that left her heartbroken. And in that same interview, she admitted, “Yeah, I like a girl. And?”

But the following year, she recanted. In an interview with Piers Morgan, she admitted to being in love with Ronson, but insisted that she didn’t identify as bisexual.

“I know I’m straight,” she told Morgan. “I have made out with girls before, and I had a relationship with a girl. But I think I needed to experience that and I think I was looking for something different.”

Everyone should be afforded the luxury to label themselves however they wantand “labeless” is a fair and valid identity, but unfortunately can sometimes be dismissive of bisexuality. And to be frank, being in a same-sex relationship for a full year and admitting to being “in love” with said partner isn’t “straight” Like, at all. Lohan’s flip-flopping on her sexual identity has been going on for more than a decade, and the message that these comments send to LGBTQ people are troubling. 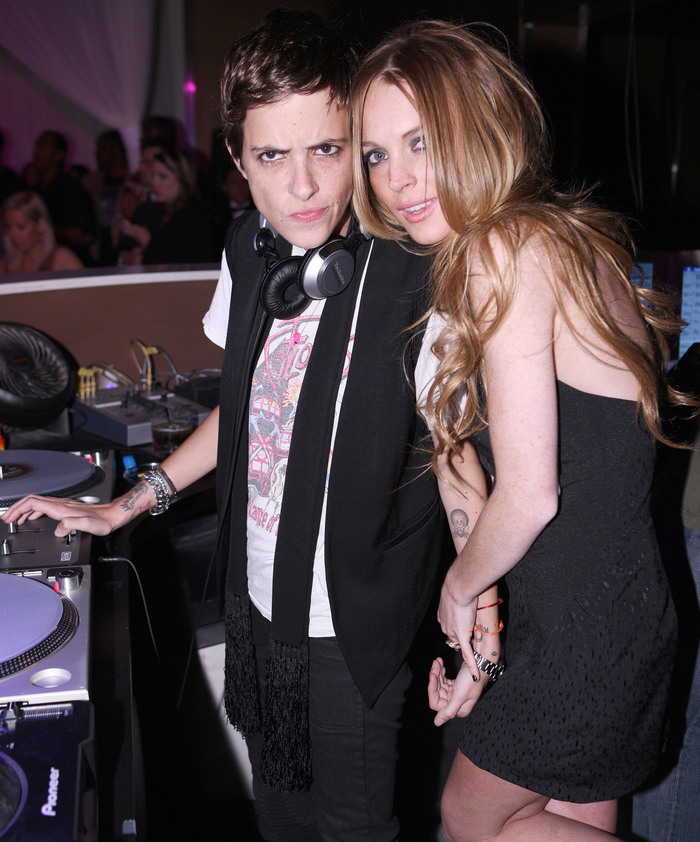 But Lohan’s insistence on erasing that part of herself is damaging to bi+ identities, as well as to her own psyche, probably. The message that these utterances send to bisexual people are hurtful, too. GLAAD reports that the effects of bisexual erasure in media or in the LGBTQ community on one’s mental health is troubling: Amongst other serious health disparities, bisexuals suffer from higher rates of anxiety, depression and mood disorders in comparison to heterosexuals, lesbians and gays.

Even without the very real and detrimental health effects of bi-erasure, the comments Lohan made to Wendy Williams are disappointing. As a queer woman who grew up in the era of Lindsay Lohan movies, I’m offended that she resists the LGBTQ identity so vehemently. Her relationship with Samantha Ronson was the first young lesbian celebrity couple I can remember seeing. Even seeing photographs of them together was important in nourishing the idea in my head that anyone could be gayif Hollywood’s biggest “it” girl could be queer, then maybe it wasn’t such a bad thing. The visibility of their relationship was probably as formative and important to other queer women who grew up in the 2000s, too. I’ve never been one to invest emotionally in celebrity relationshipsmore than a decade later, I still don’t care about Brad and Jen. But there is something to be said for loud and proud LGBTQ relationships that help marginalized youth to feel less isolated.

Flip-flopping aside, I’m even further disillusioned by Lohan’s political viewswhich make her comments from Friday morning even more unsurprising. Lindsay Lohan is actually quite conservative: In 2012, she said she would be voting for Mitt Romney in the presidential election, and last year, Lohan defended Donald Trump against media “bullying.”

The actress told Wendy Williams that she’s dying to make a Mean Girls 2 sequel. Obviously, my inner-2000s girl would die of excitement. But having been jaded by this dispiriting world, knowing Lindsay is a purveyor of such disenchantment, and personally identifying as “too gay to function,” I am declaring this very not grool.