We definitely have our own style of drag here in London. In East London, and especially at The Glory, there’s a raw, rough and ready, visceral style. RuPaul’s Drag Race has, of course, been influential here in London, if only for the amount of young queens wanting to participate. I see the imported style very much in the makeup choices now, which are often highly contoured and professionally applied. If only I put that much effort into my makeup, but contouring and I don’t get along. I am always super impressed with the Drag Race-esque looks, but on stage, I want to see what lies beneath the mask. What is the raw talent? Much of American drag is all about being sassy or “fierce.” For me that is just one flavor, I want to see the depth of character, skill in connecting with the audience, theatrical craft, and above all, joy in the performance and transcendence. Not much to ask of our competitors, huh? Oh, and they need to look amazing, too! 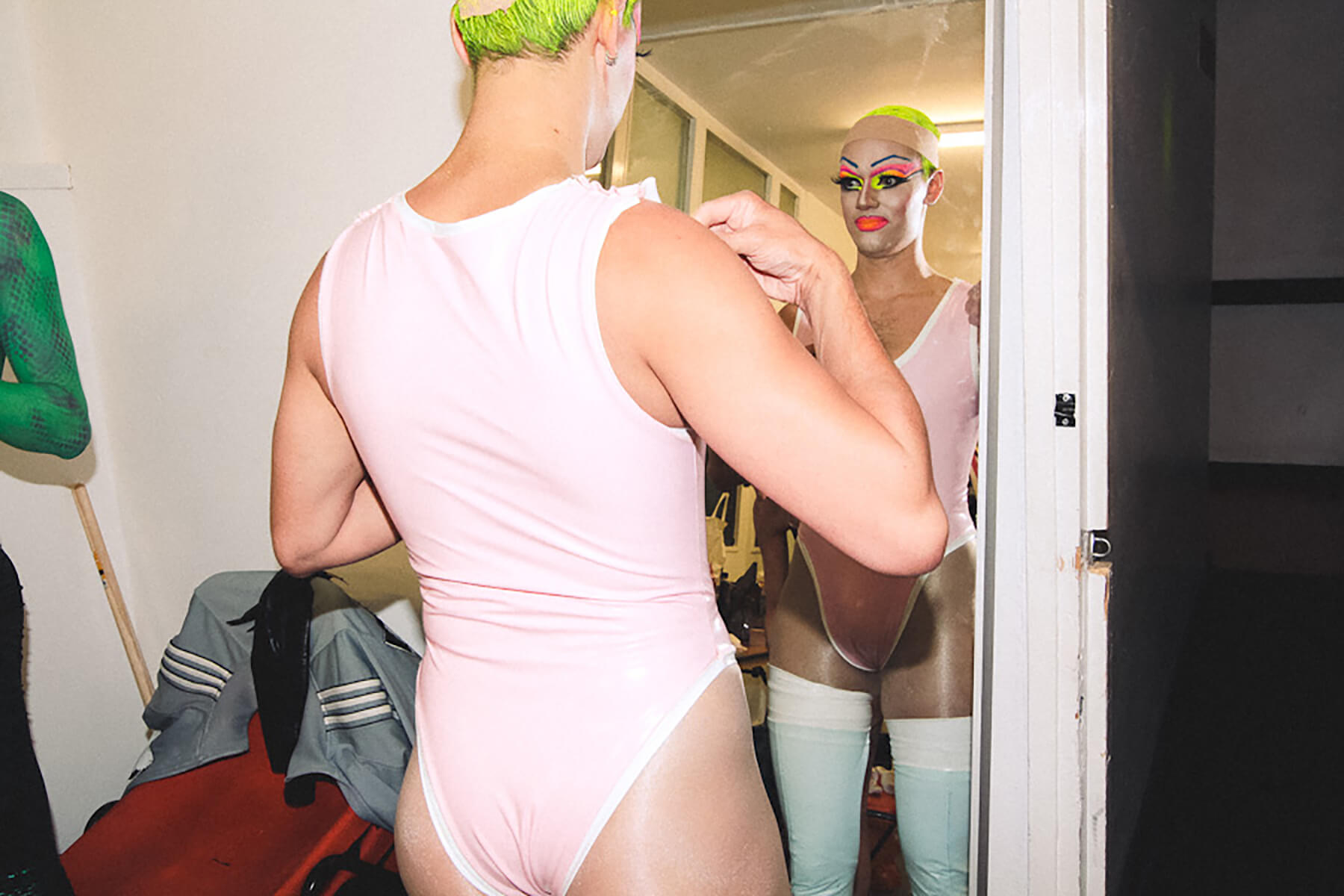 LIPSYNC1000 definitely delivers all of this and more. The Glory’s annual drag (queen) lip-sync contest, now in its third year, is truly remarkable. The eight heats took place weekly in The Glory itself, with anything from seven to 14 contestants, three judges, and a capacity crowd straining to see what each of the acts brought to the stage. We had about 80 contestants throughout, and I whittled it down to 25 for the final. I had planned to put one or two through each week, but the passion, standard, and sheer guts of the competitors led me to put through two, three or even four. 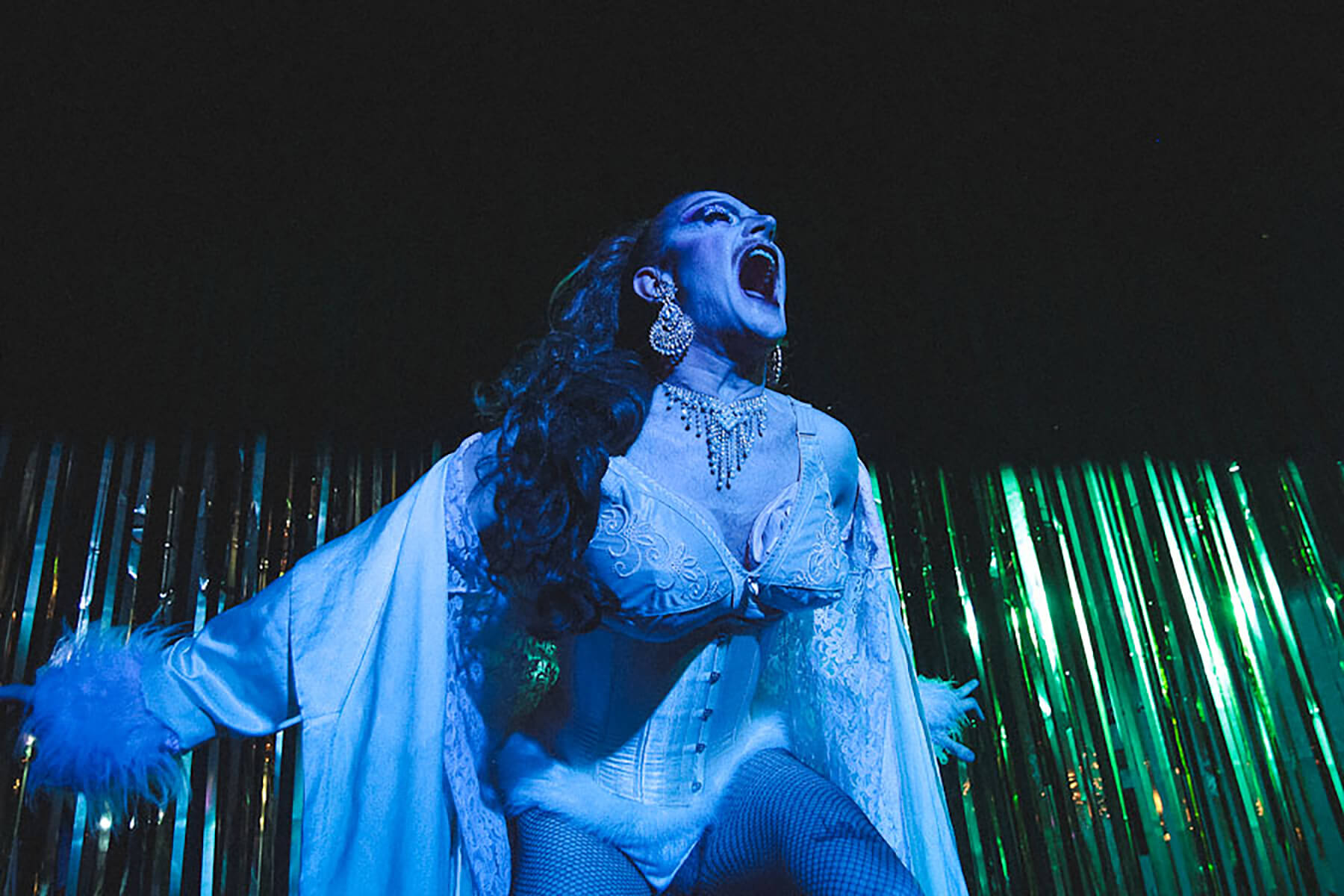 So, since performers have so much to offer, why a lip-sync contest? Well, it’s part of our queer heritage. It’s at the heart of drag. While people lip-sync to both women and men and even their own voices, it’s this taking on of another character, this channeling of somebody else which when done well, is truly transformative. Queens have lip-synced to their female heroes throughout our queer history, taking on and celebrating their connection with their femininity. It’s practically impossible to give a real illusion of being a woman with a bass voice. Take away the voice and the audience’s critical attention to singing or acting ability, and the performer has free range to explore the female illusion through costume, movement, gesture, dance and narrative. It frees up the performer and makes it open to everybody. Everyone can lip-sync, everyone can move onstage, everyone can give it a go, and everyone has a song they know inside out. This makes it accessible as an art form, not less of one. A great starting point that, when executed well, offers great possibility for the artist. 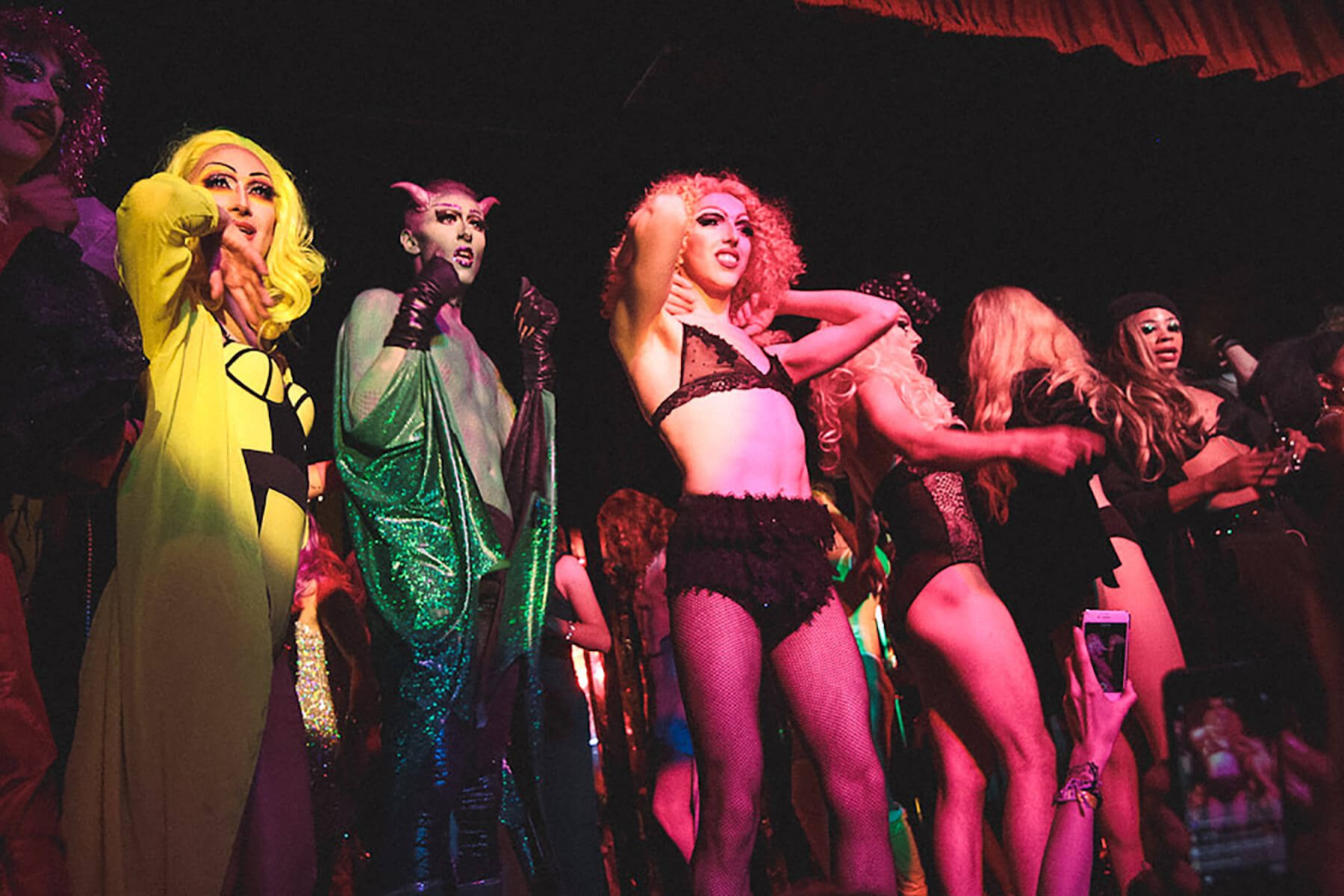 The finale of LIPSYNC1000 was full of true London style. One that saw politics brought to the stage with a critique of Trump from English queen Bimini Bob Boulash, and USA import, Bougie Bourgeoisie, who presented a triple costume extravaganza. Barbs put a spell on us with a very British buffoon like X-rated Monty Python-esque routine, complete with visible ball-sack. James Morgan gave us an LGBTQ dragon, incorporating his own word on queer politics and Shay Shay floored us all with a perfectly executed multimedia interpretation of Bjork. But it was who Sue Gives A Fuck presented a flawless theatrical interpretation of Boudicca, and was unanimously voted the winner by our judges. Ultimately, the LIPSYNC1000 finale was a winning night for everyone who was there, our queer community, and for the future of drag, which proved itself to be enduringly entertaining, challenging, provocative, and revelatory. 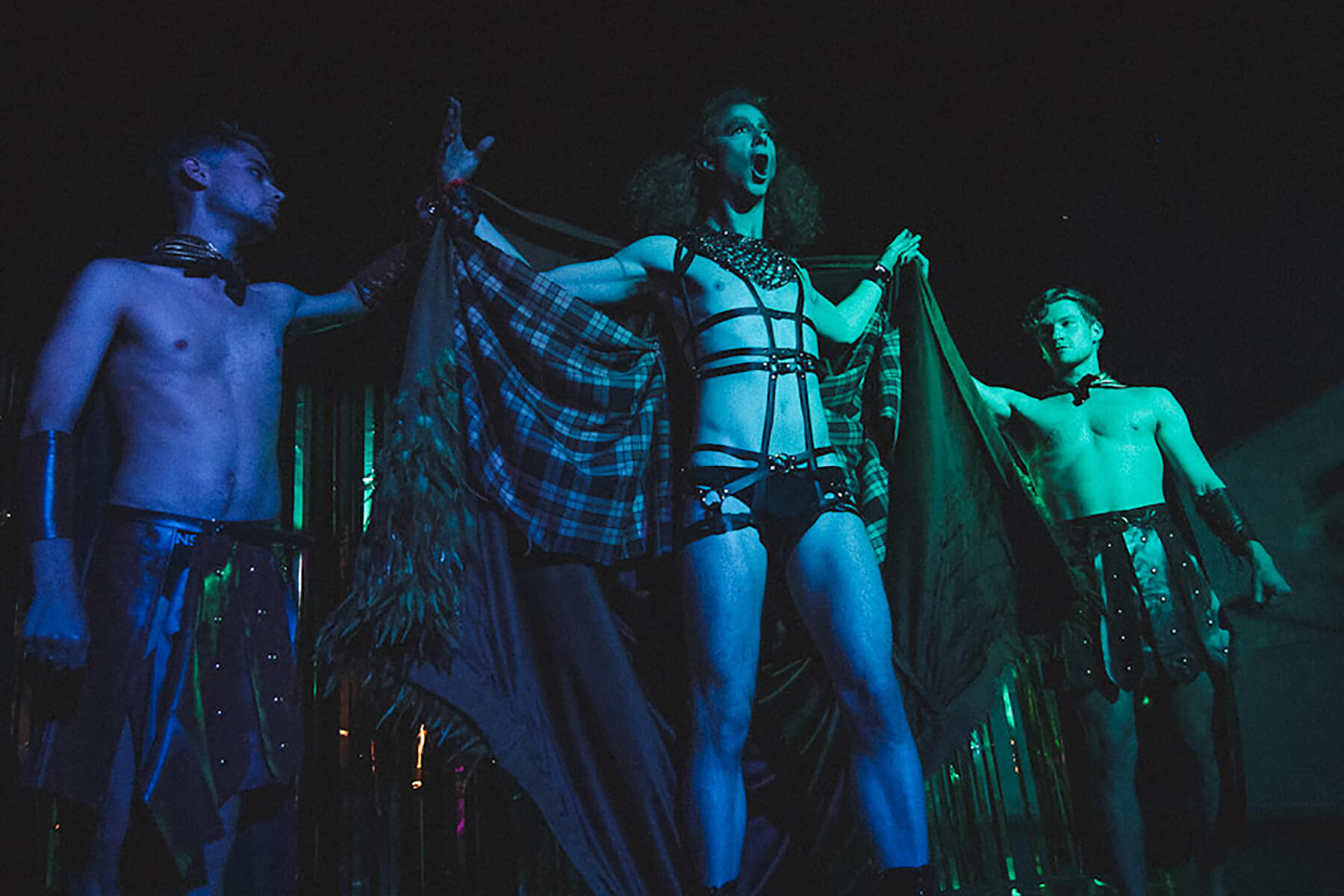 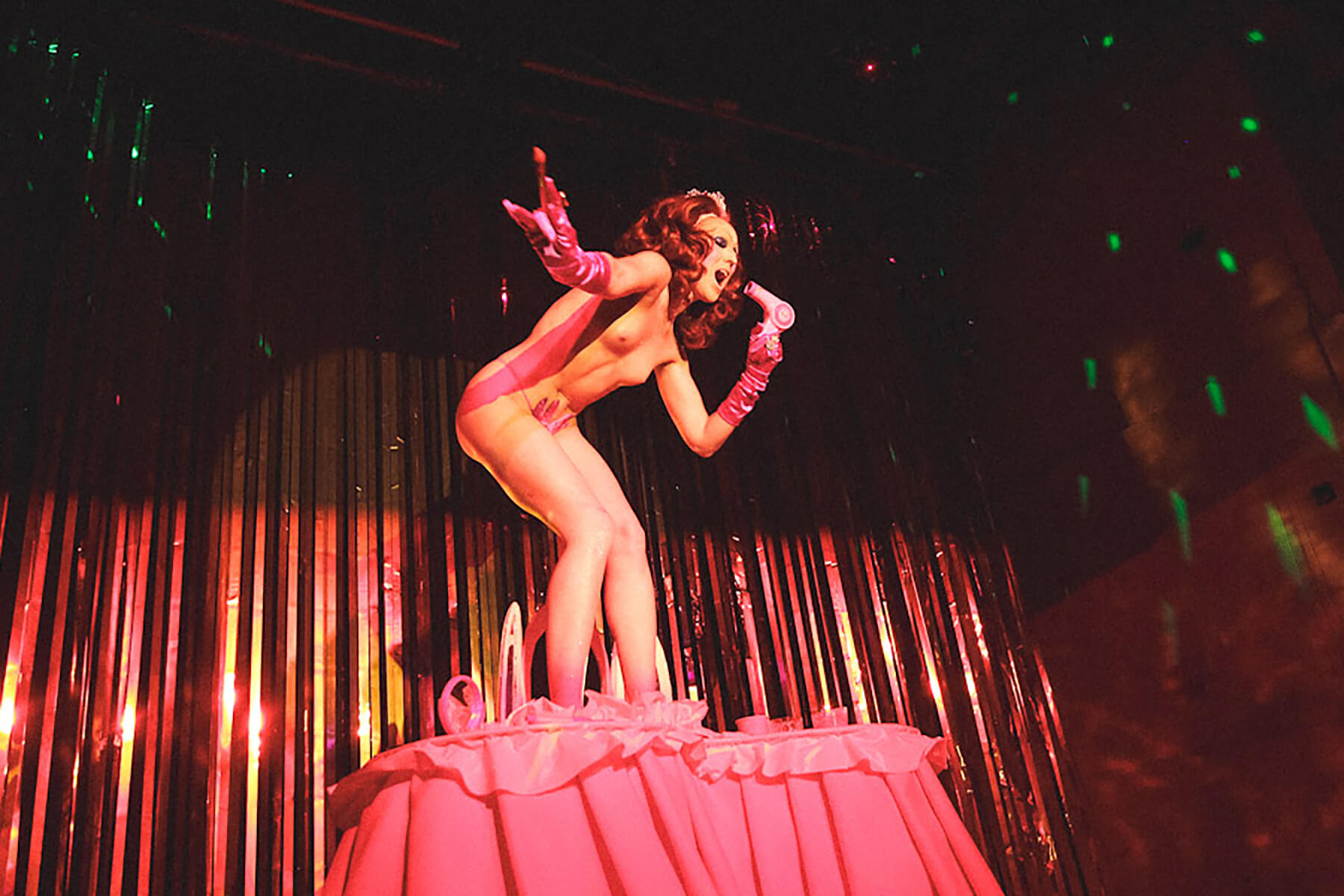 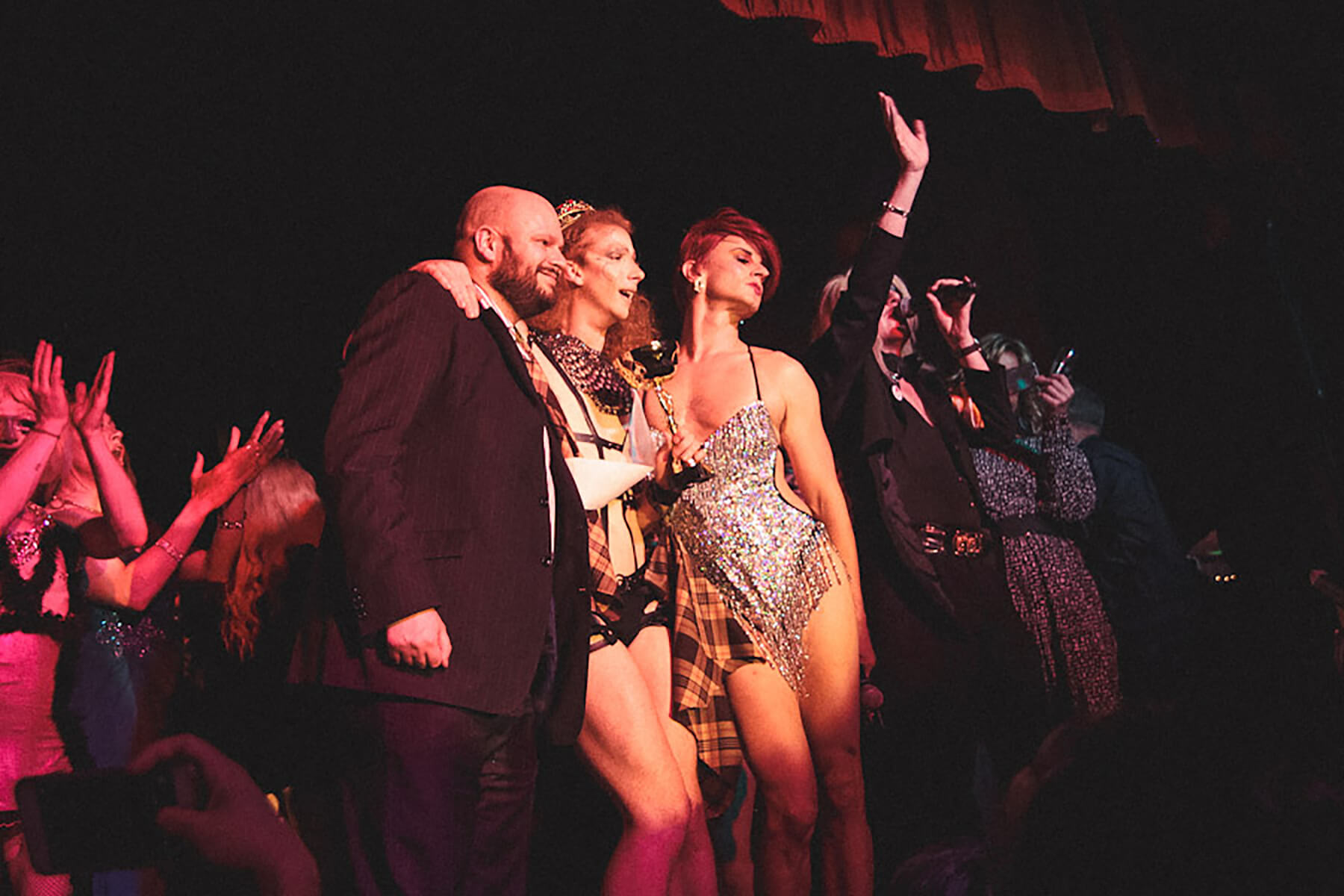 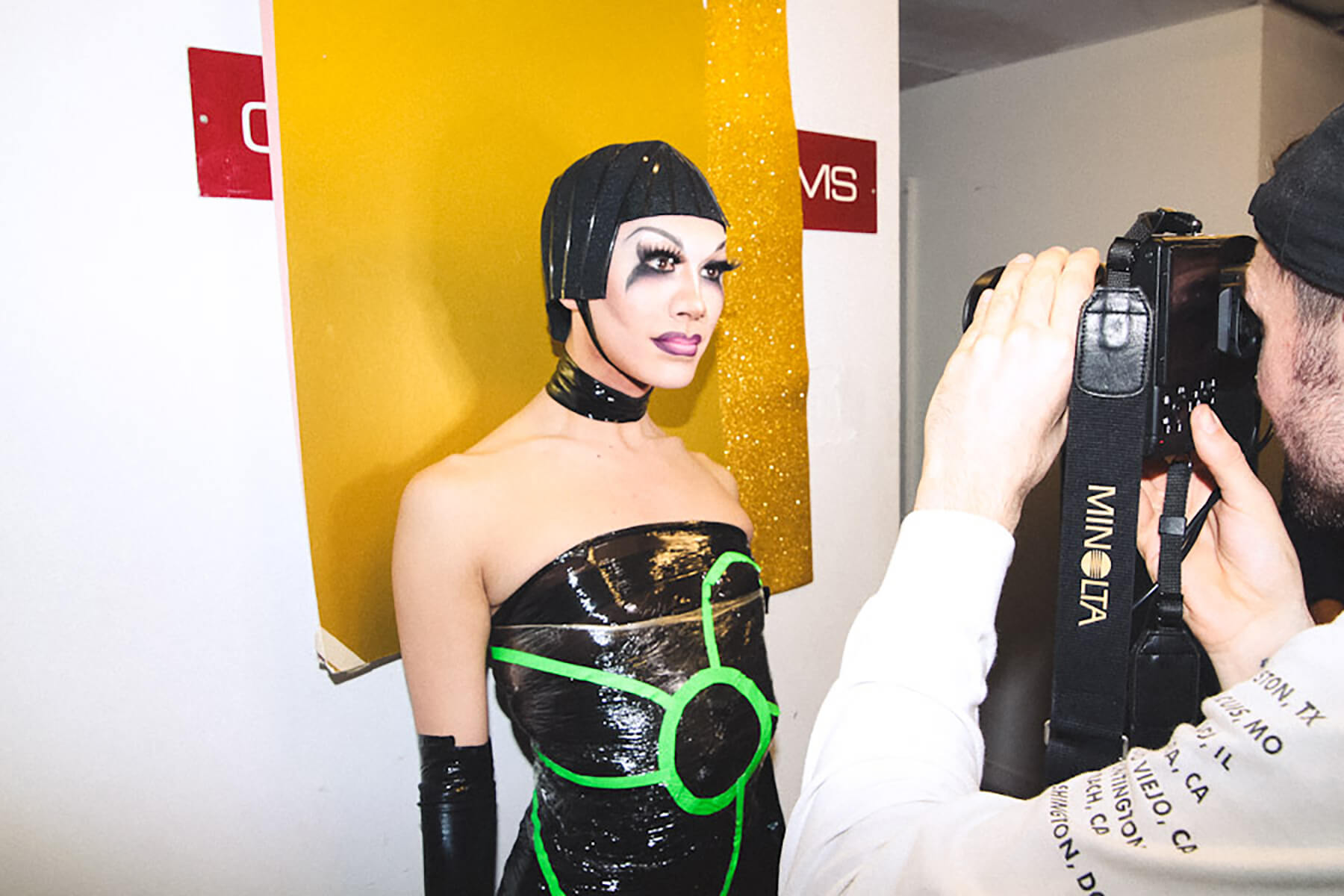 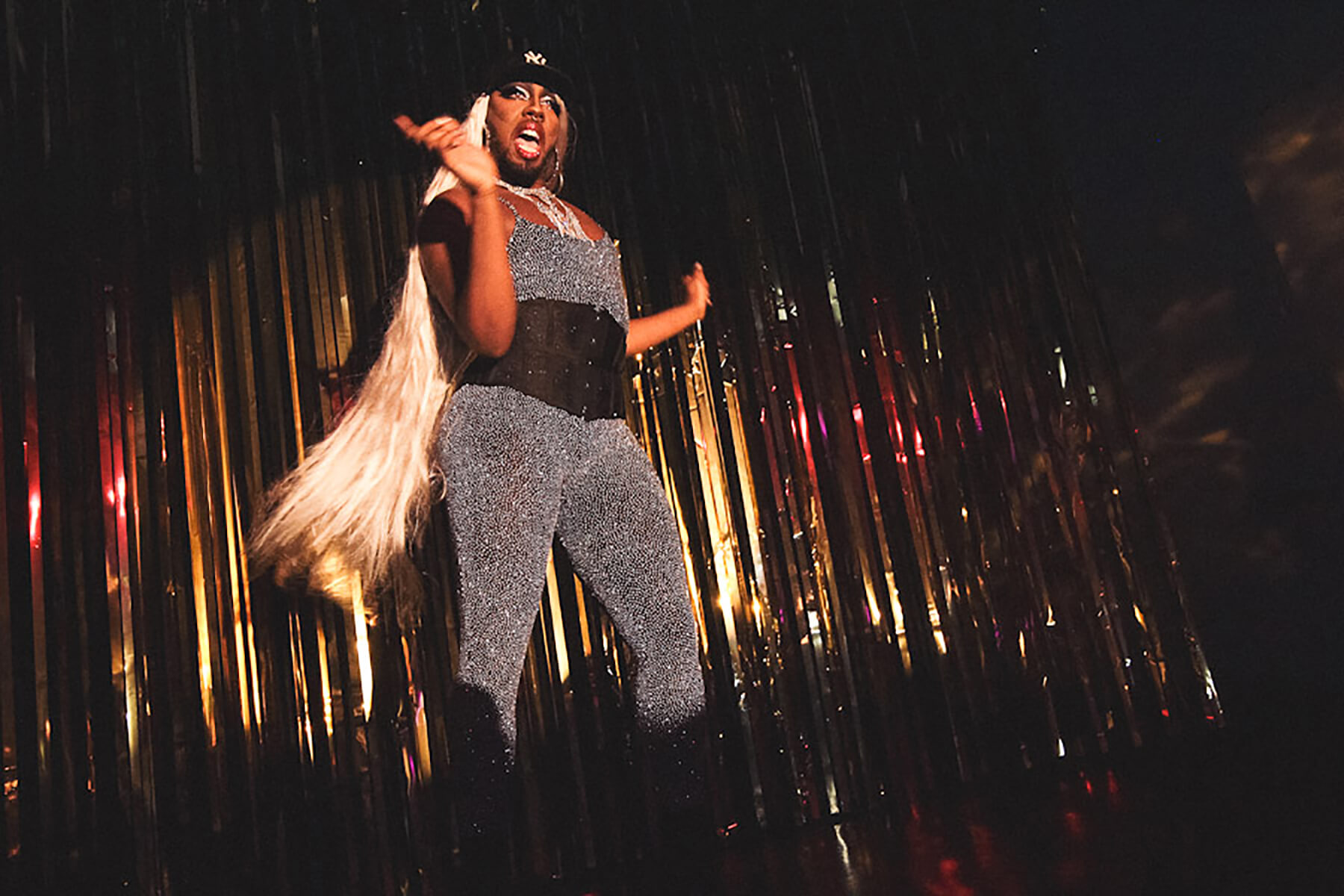 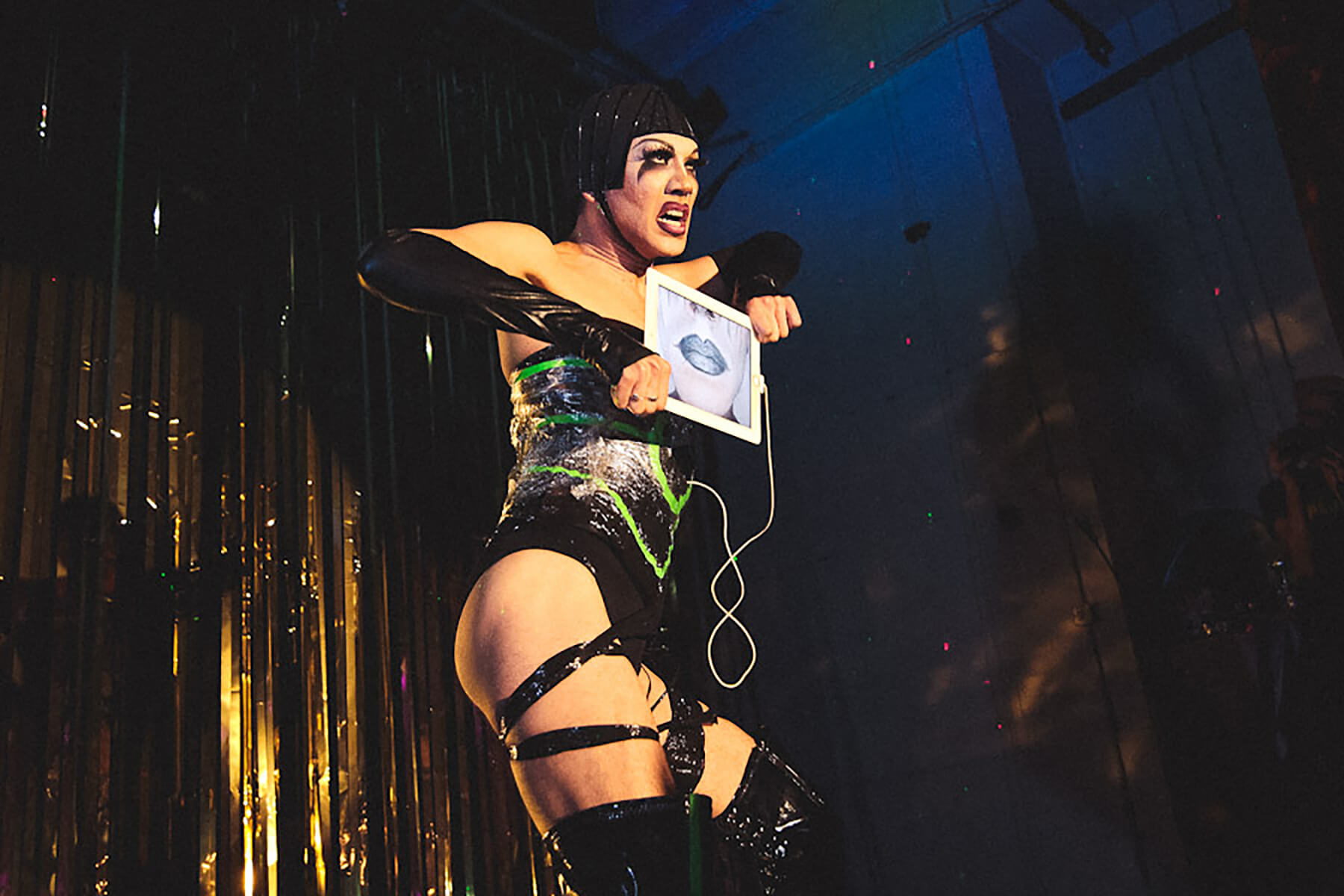 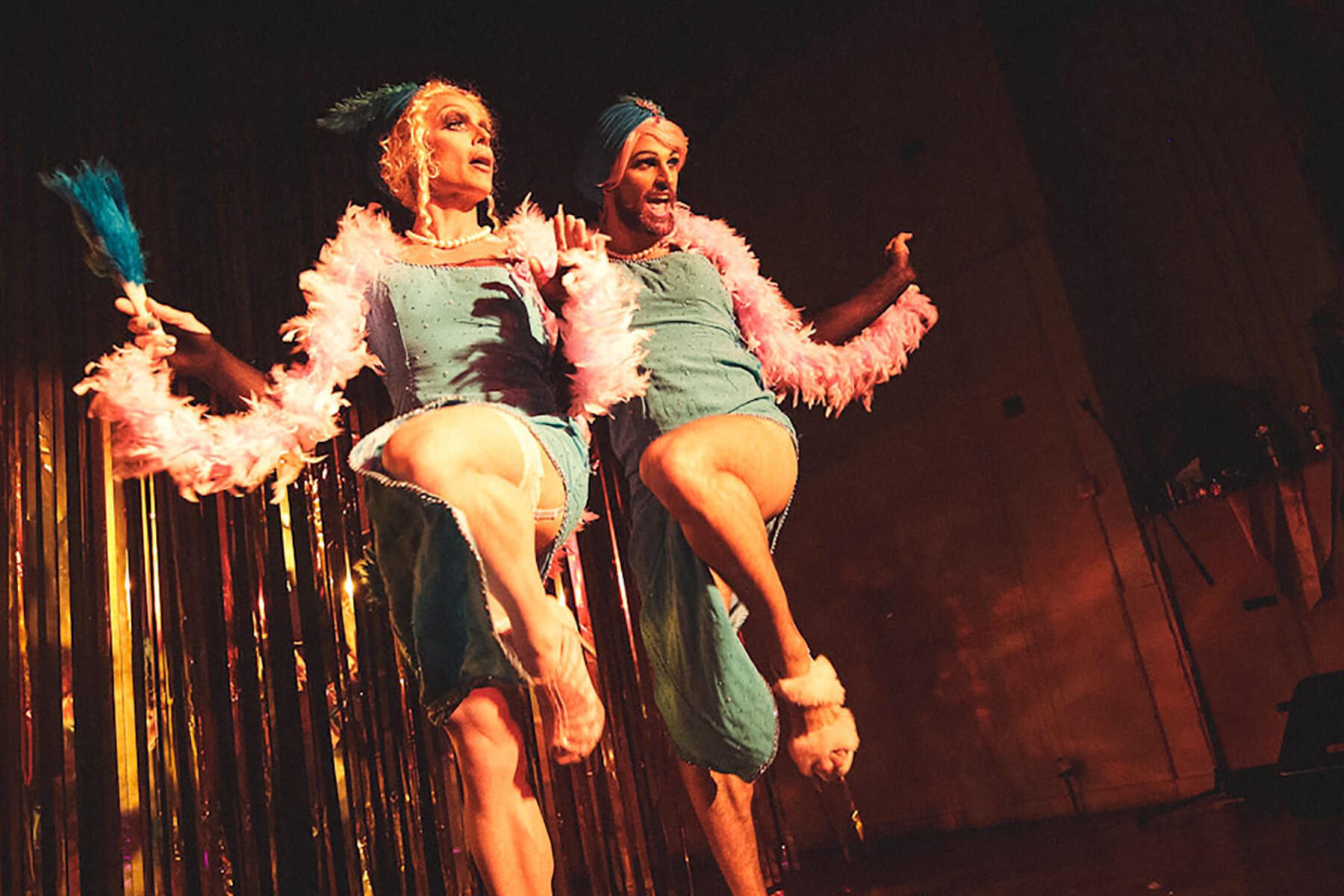 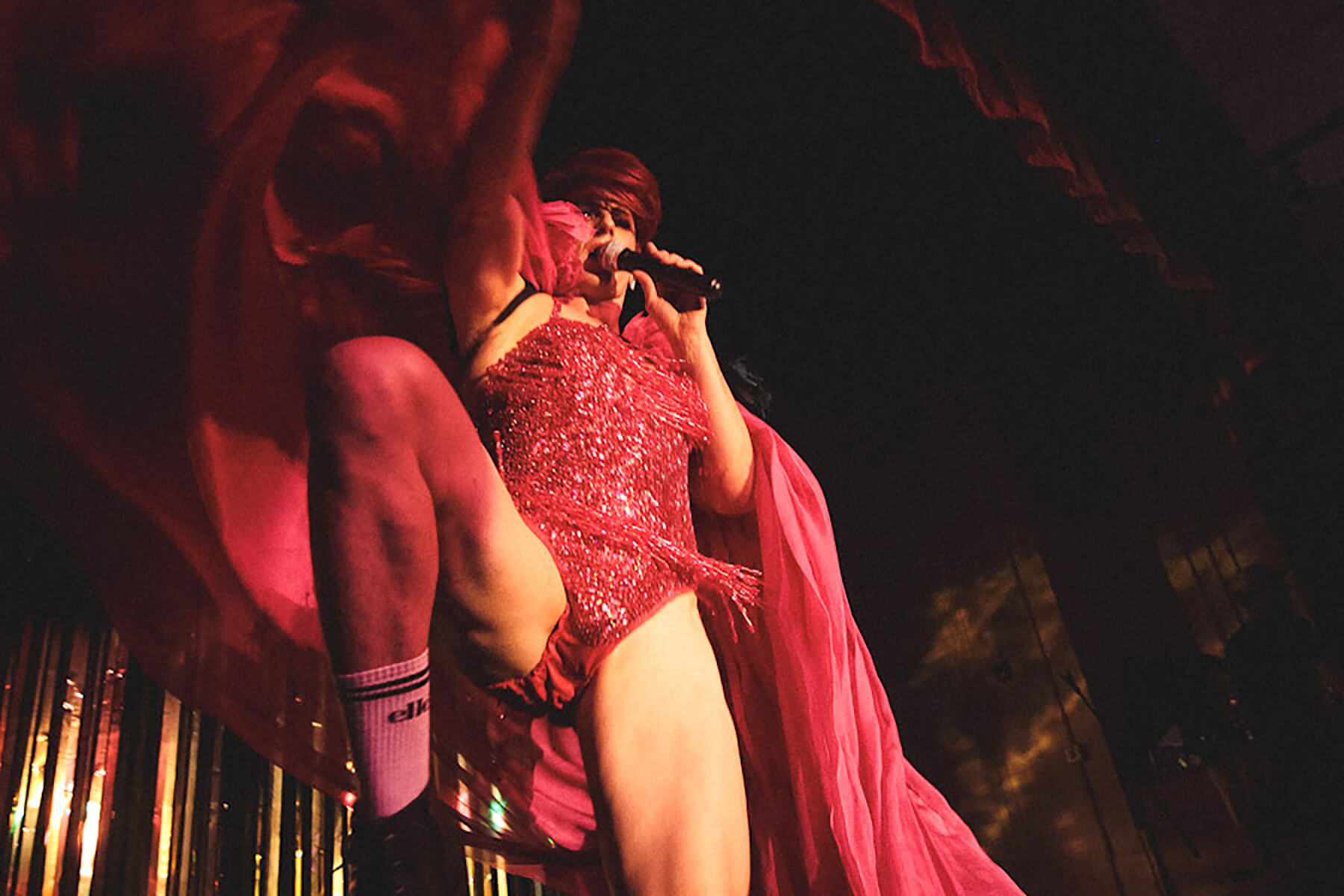 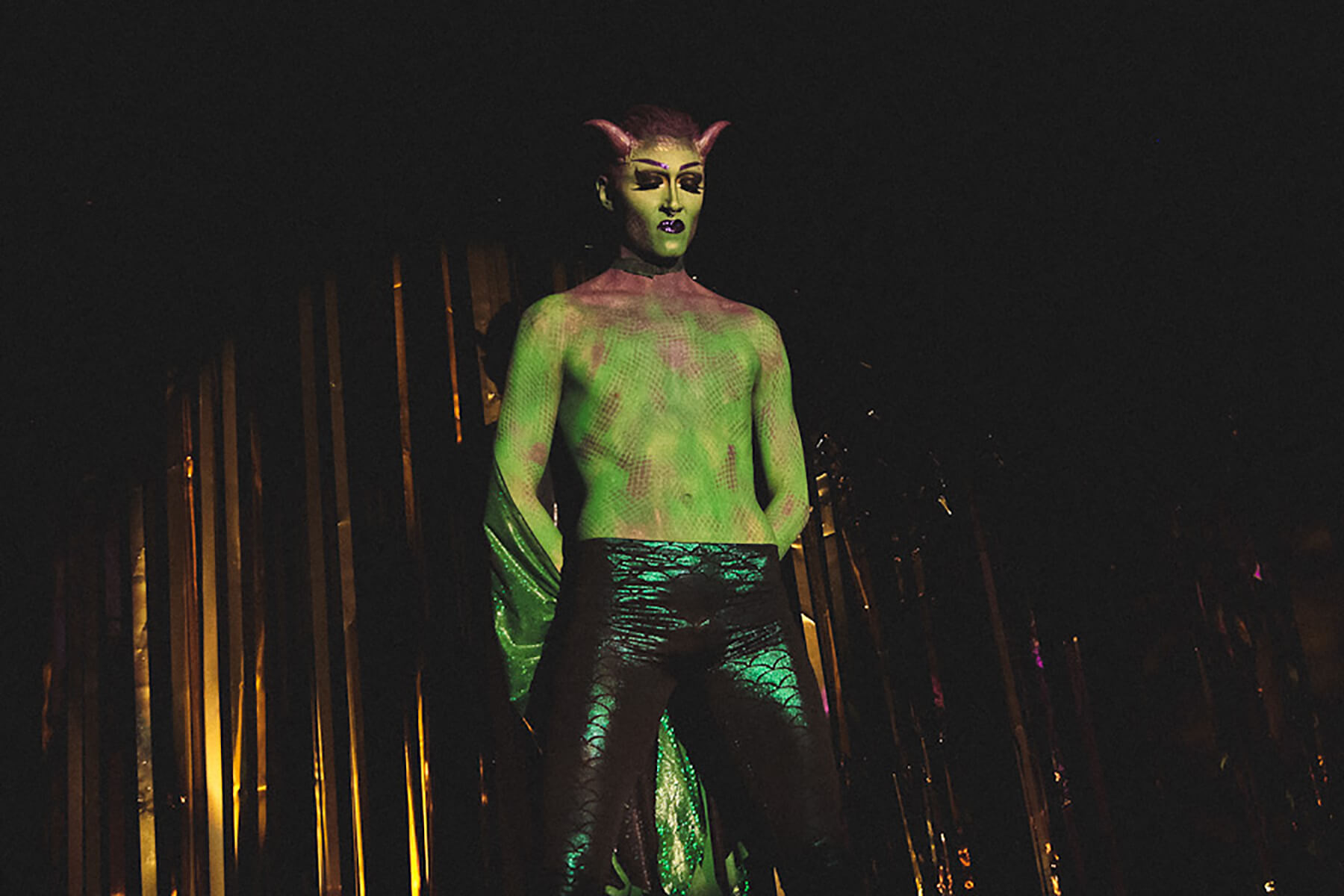 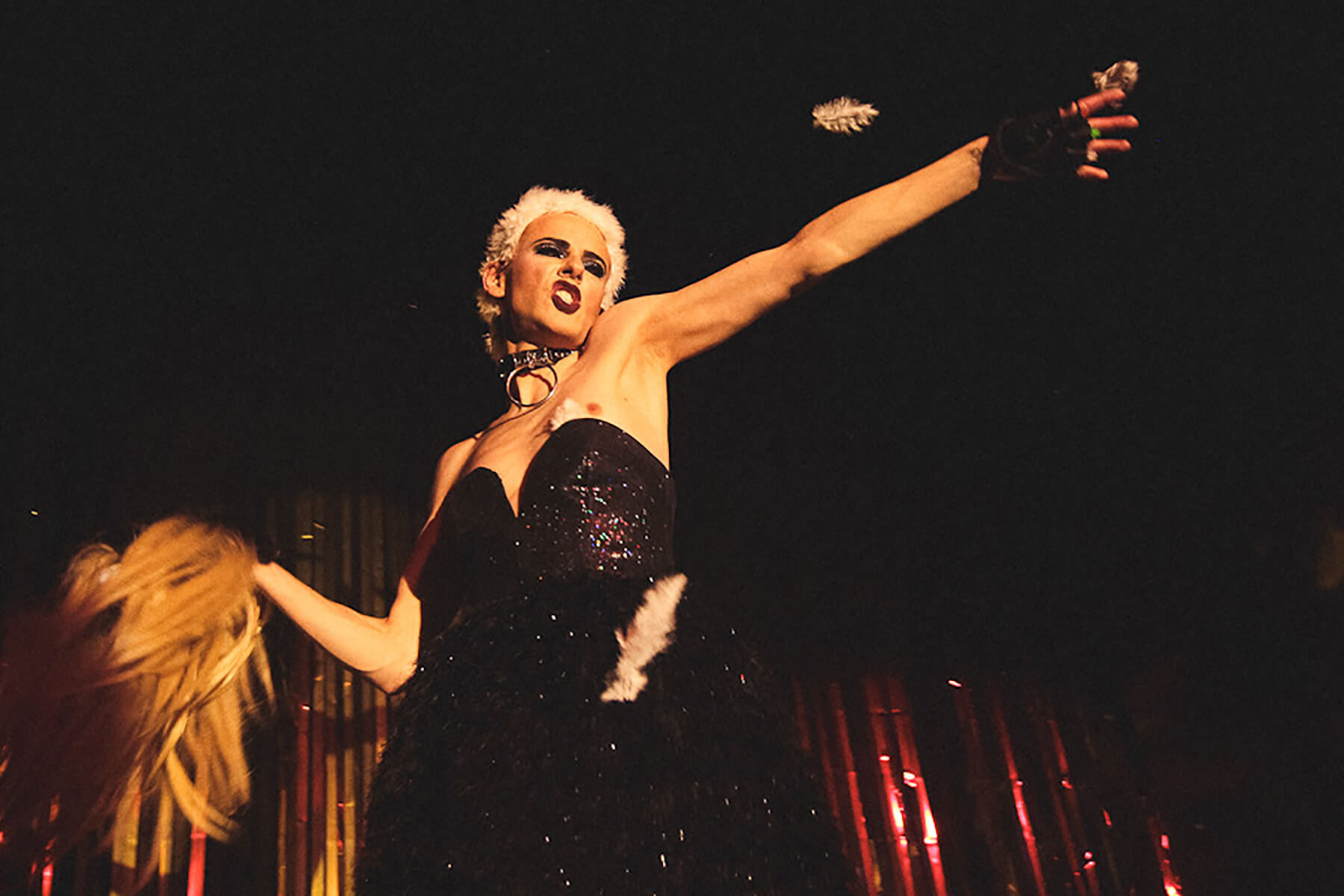 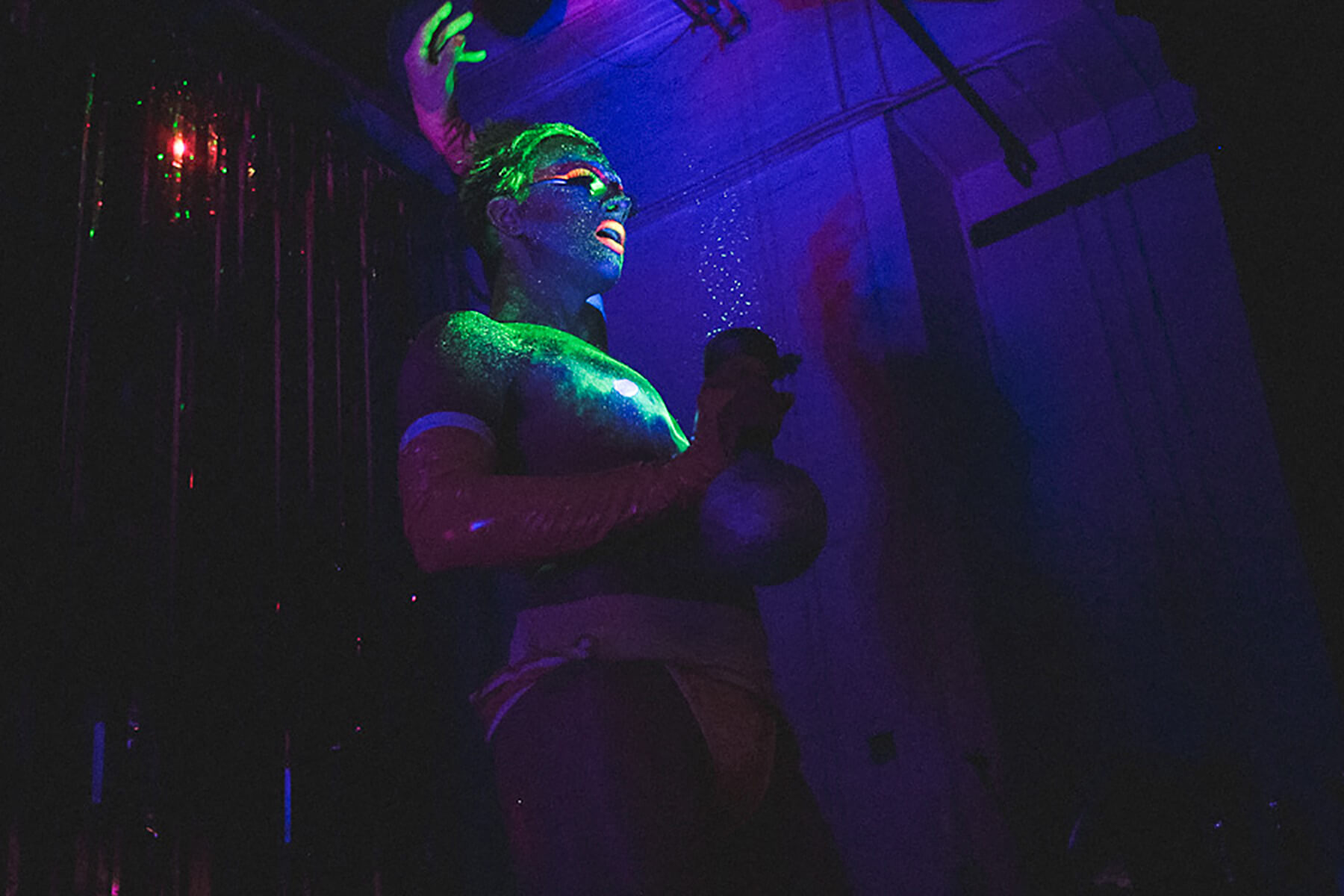 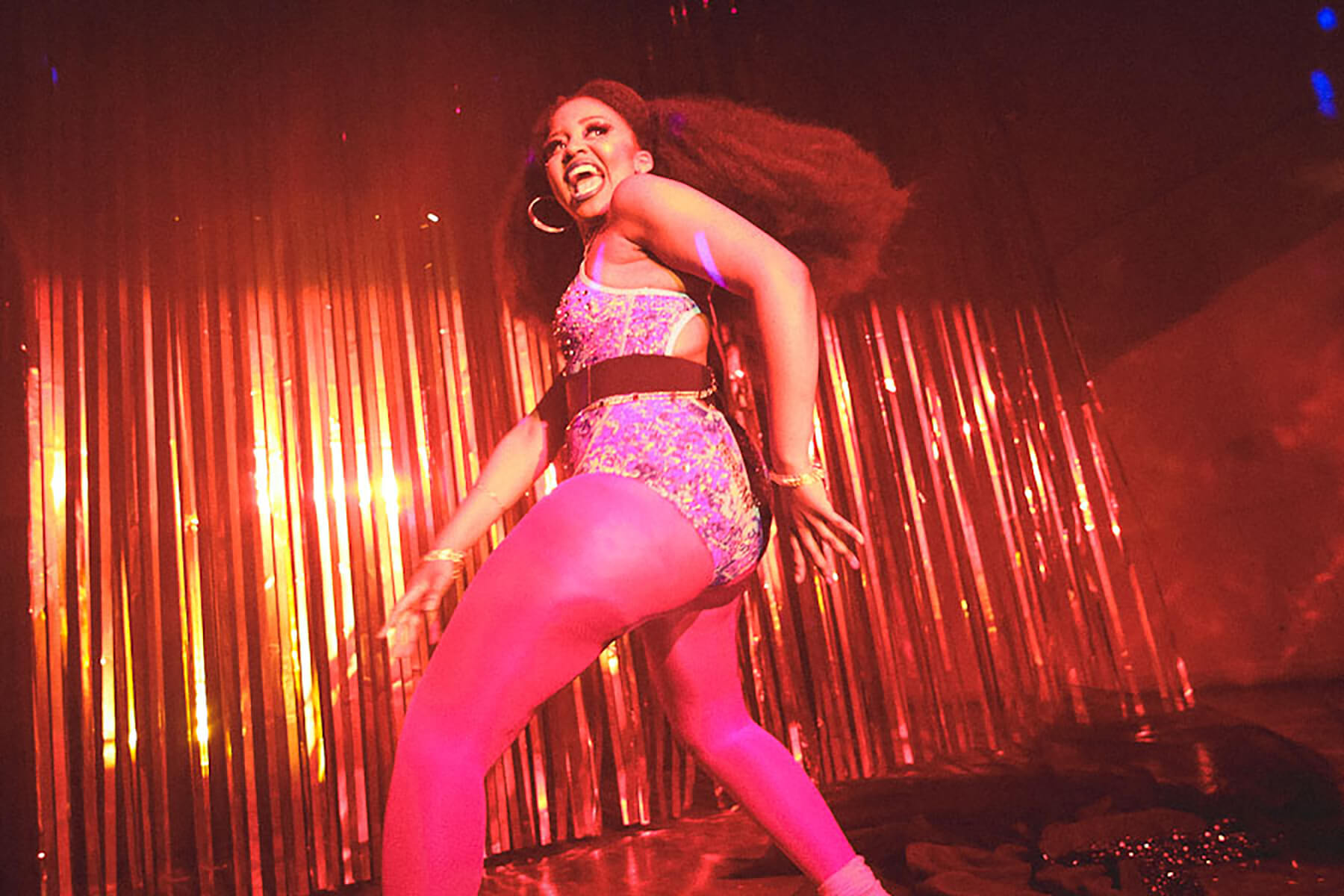 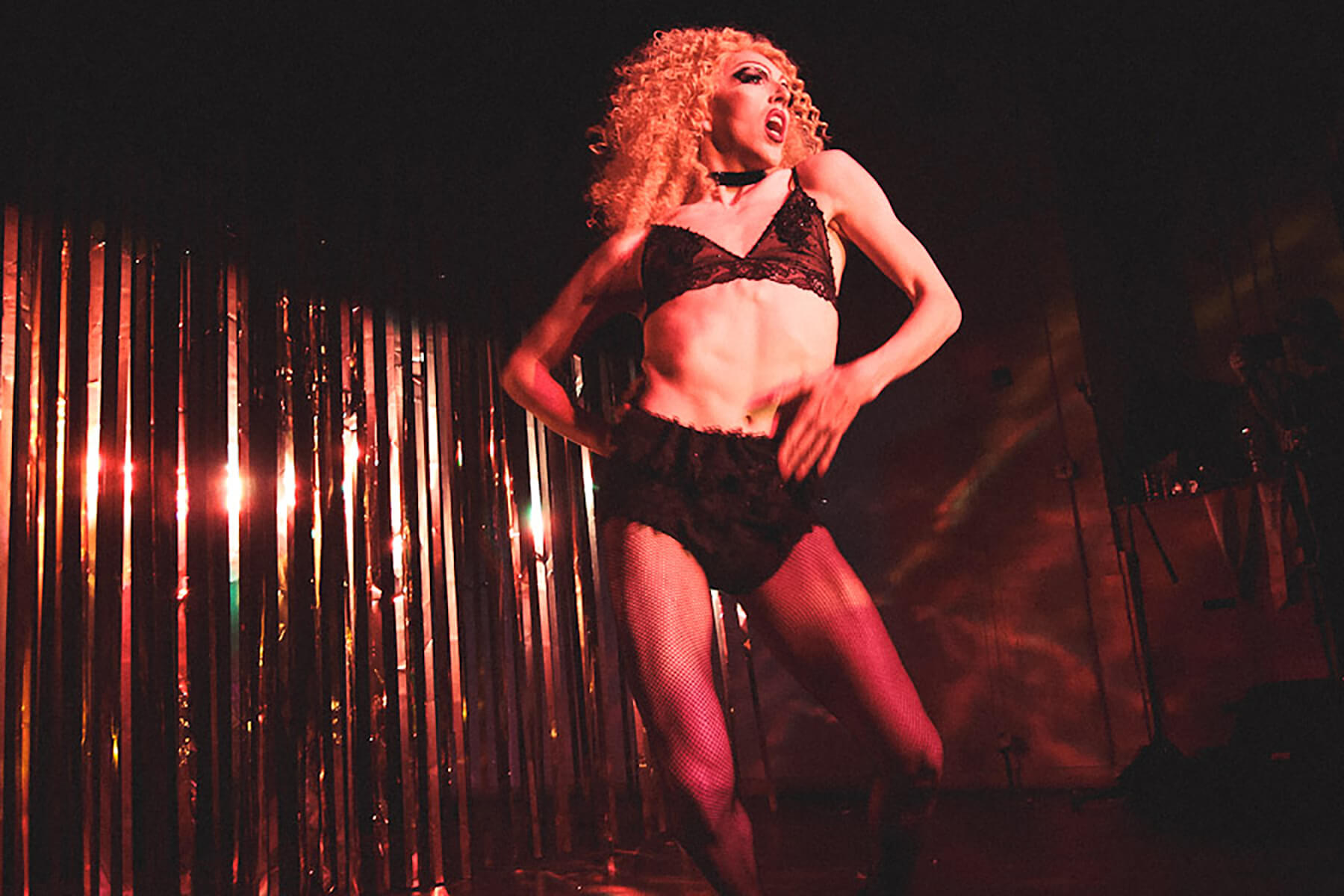 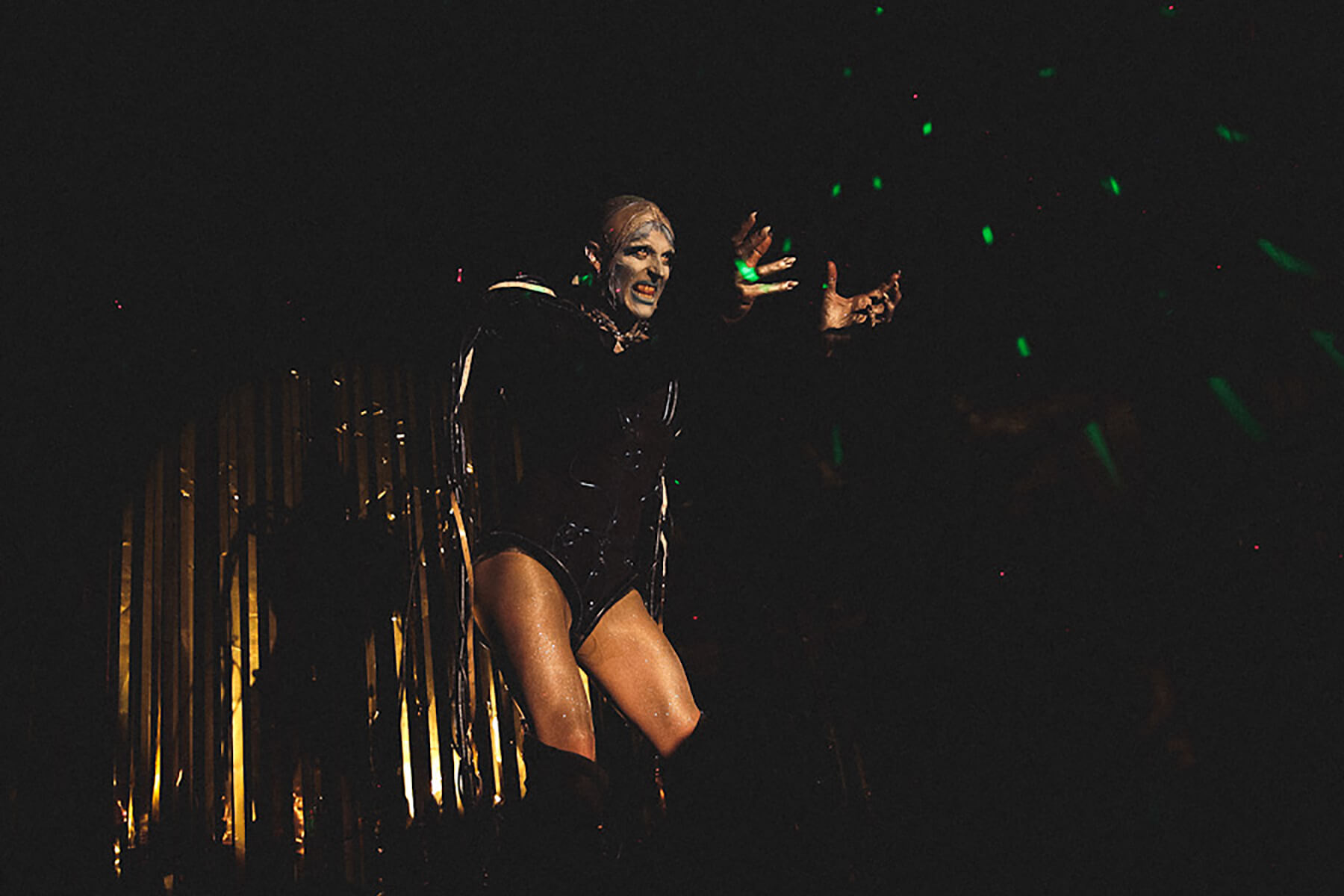 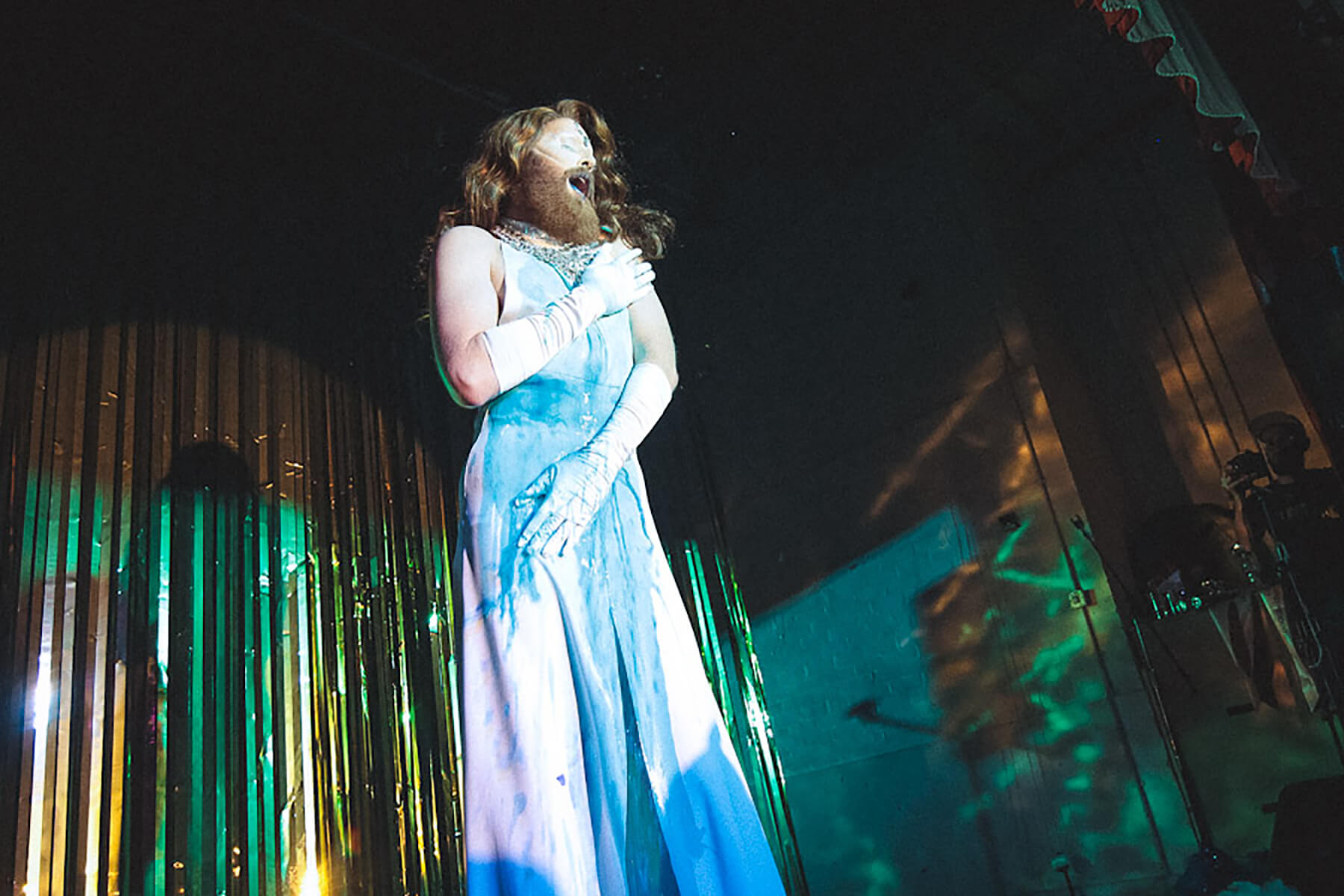 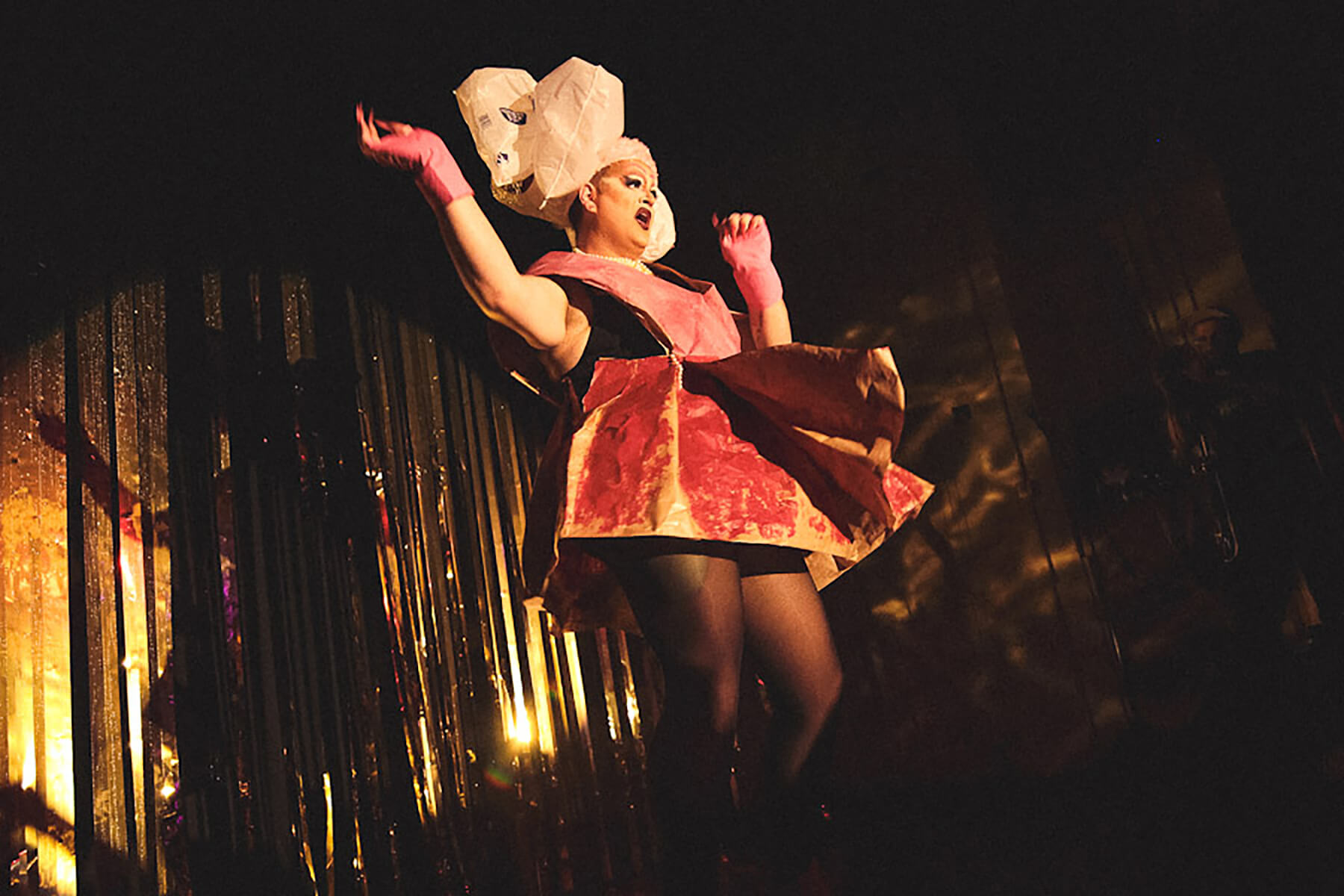 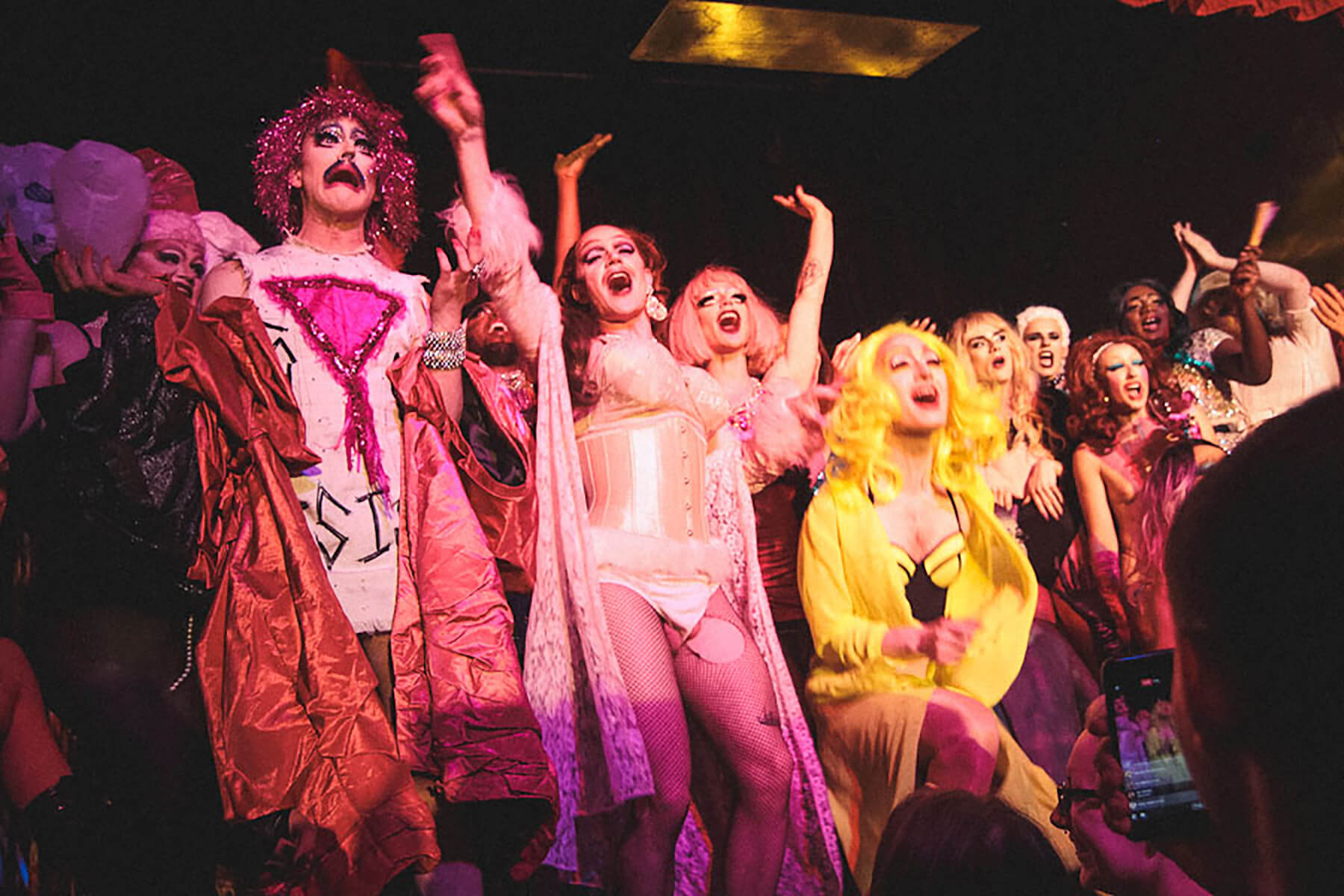 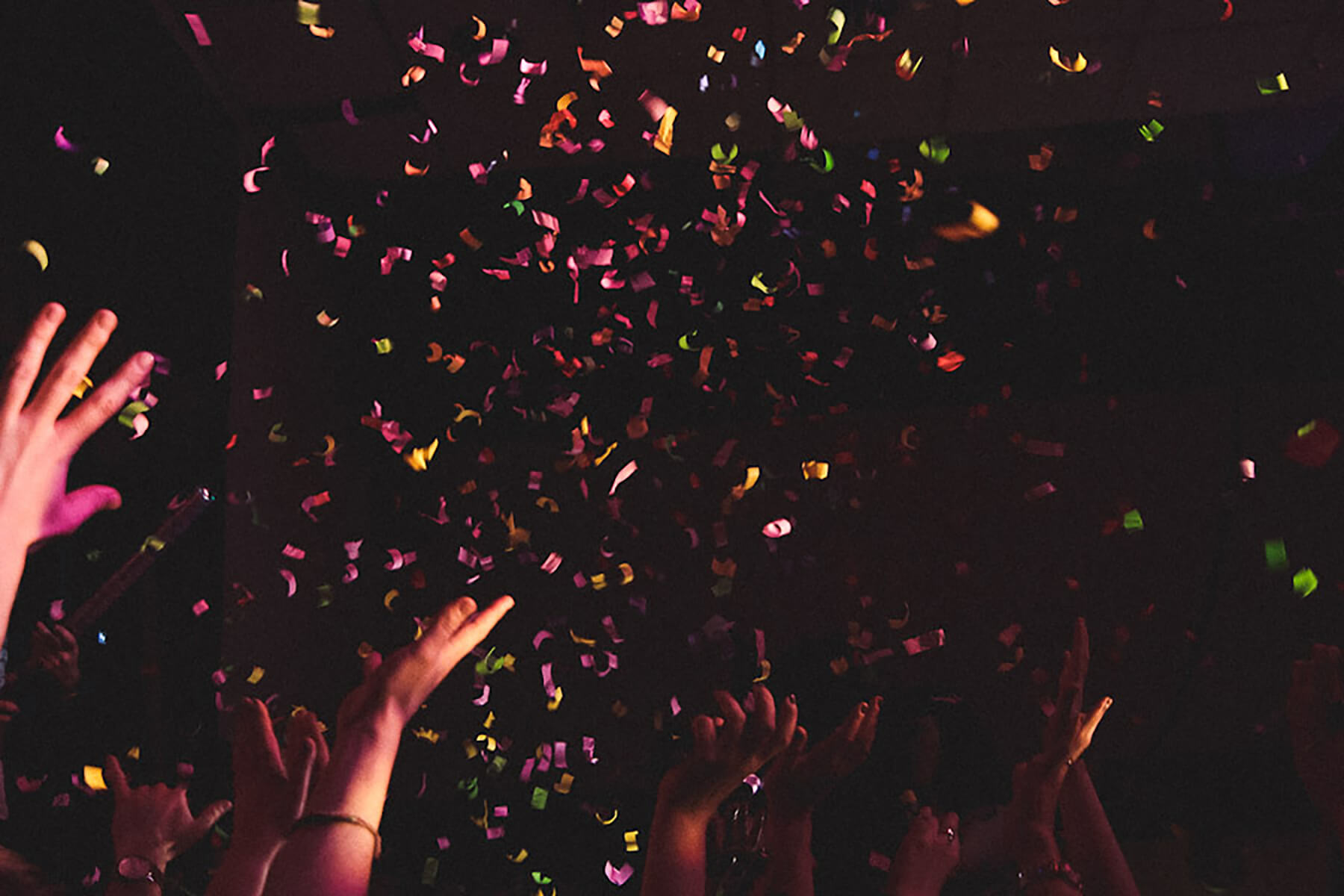