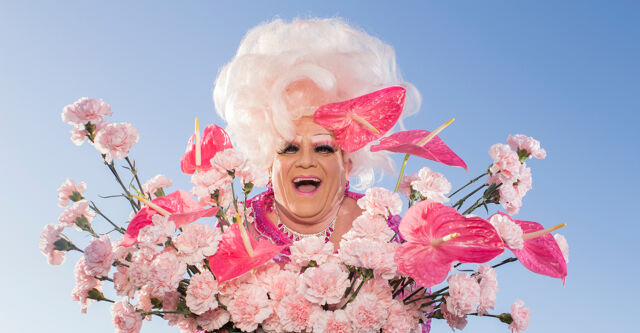 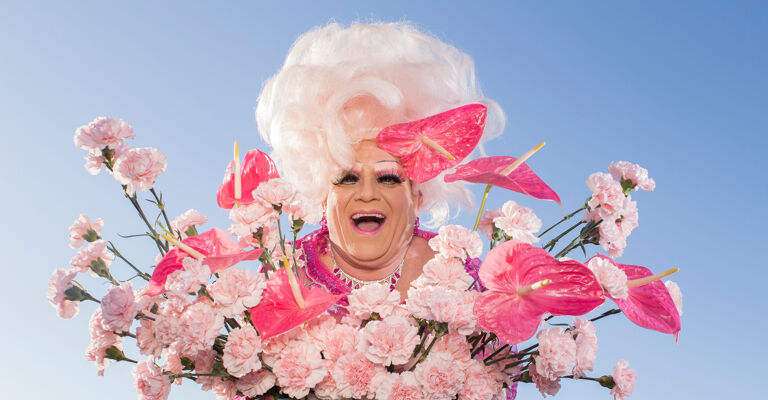 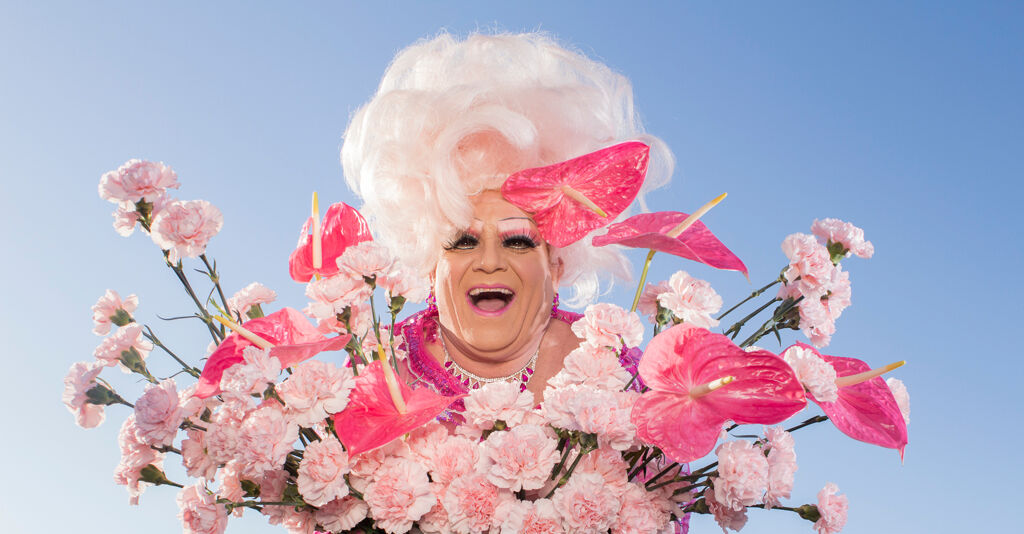 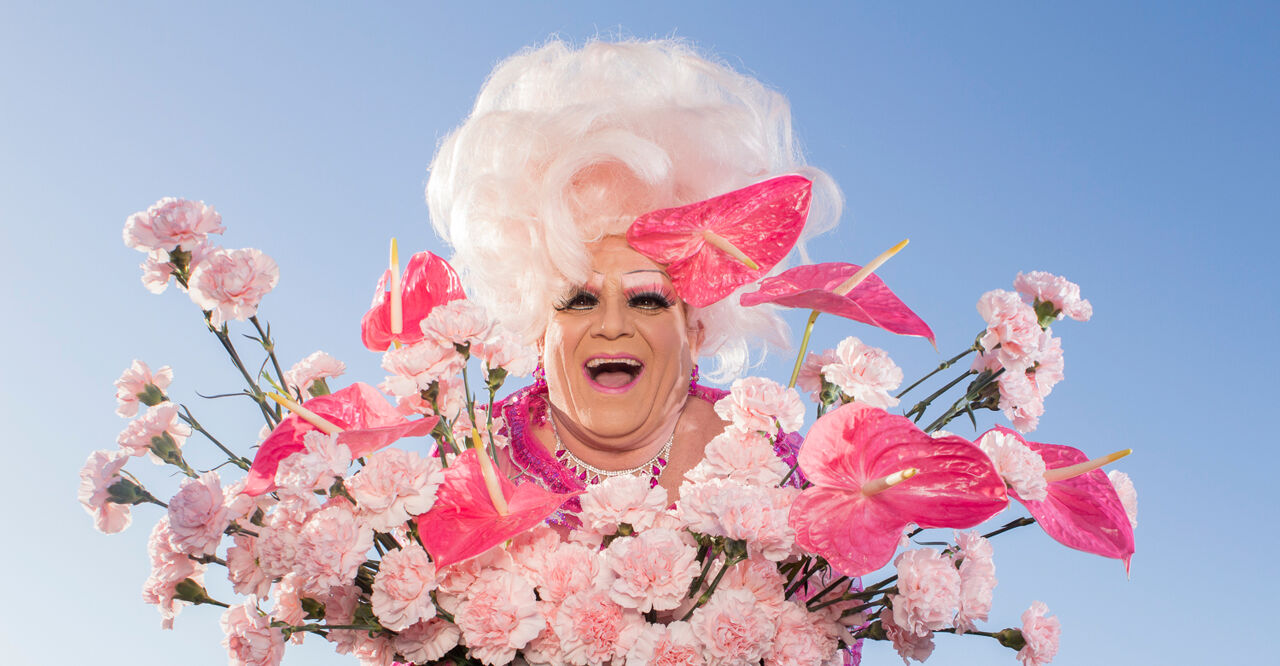 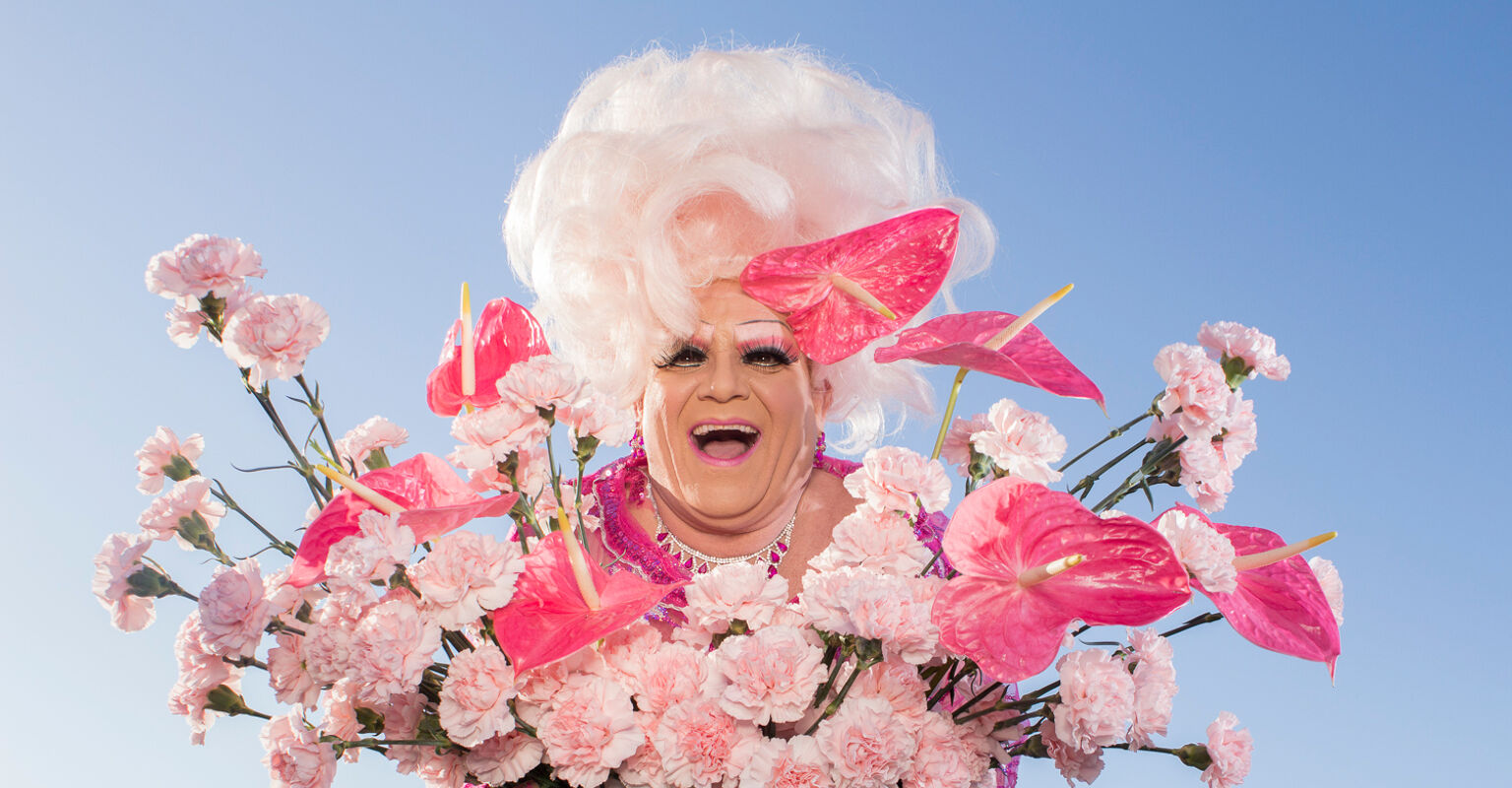 “I love New York. Drag queens are everywhere,” I heard a woman tell her husband as they walked in front of me with their two toddlers somewhere between 55th Street and 9th avenue in Hell’s Kitchen. I knew they were visiting because they had on matching University of Florida polo shirts.

“I wonder if she knows Sasha Velour,” the husband jokingly wondered.

Usually, I’m slightly annoyed when I forget my headphones and have to listen to random people’s conversations, but I didn’t mind this one. It made my I’ve-been-living-in-New-York-for-9-years-and-everything-annoys-me heart warm for a brief moment. I liked seeing a family like theirs—straight, white, presumably Southern—embracing aspects of the queer community.

And knowing that Sasha Velour was name they spoke of in their household brought me joy, I must admit.

Just as this moment of pleasure washed over me, I got a text from my best friend. It was a link to an article about Taco Bell hosting drag brunches.

I thought to myself, “She might be right. Drag queens really are everywhere.”

When I returned to my apartment, my doorman, a who was proudly hanging a Pride Flag in our lobby for Pride Month with Lady Gaga “The Cure” blaring in the lobby, told me I received a package. I could tell by the envelope it was a book. Plus, I get so many books sent me as a writer.

I opened it to find, “Legends of Drag: Queens of a Certain Age.”

“Drag queens are everywhere,” I laughed to myself.

I immediately poured over the glossy pages full of captivating and glamourous photographs before starting from the beginning and seeing the prelude being written by Miss J Alexander and the foreword by none other than Sasha Velour.

A mental snapshot of the dad on 9th avenue popped in my head.

“Connecting with history is priceless, and the best way to do so is by hearing stories from people who lived it,” Sasha writes in her foreword to the book that stays true to that.

Harry James Hanson and Devin Antheus traveled to 16 cities to meet 81 legendary entertainers to capture their powerful and priceless testimonies. Queens like Phatima Rude and Mrs. Vera Newman in San Francisco, trailblazers like Regina Adams in New Orleans and Charity Charles in Fort Lauderdale, and legends like Egyptt LaBeija in New York City and Kitty Meow in Miami are all featured.

Amid the craziness of Pride Month, I connected with both Hanson and Antheus over email to discuss a book, how mainstream drag has become, and some of the powerful anecdotes shared by the queens they met.

In the book’s introduction, you mentioned the pandemic reaffirmed your desire to execute this project. Can you tell me more about that?

“The pandemic disrupted the livelihoods of so many drag entertainers, but beyond just the economic impact it robbed us of celebration and revelry in community spaces. Many of our models expressed that our shoot was the first time they’d really ‘felt like themselves’ in a long time. Statistically, queer elders are more likely to experience isolation or alienation, and we wanted to reaffirm the strength of the community. The stories of those who already survived a plague became more needed than ever.”

Do you feel, or did any of the queens you spoke to, express any concerns about how mainstream drag has become?

“Drag is reaching a wider audience than ever before, and that’s undoubtedly a positive thing. The concern stems from the narrow portrayal of drag within the mainstream, compared to the community at large. There’s a tremendous swath of drag artists who are simply too subversive, too sexy, too freaky, to be embraced by the mainstream, but that doesn’t mean they’re less talented or worthy, or even successful. Success in this industry can look like many things, it doesn’t begin and end with a particular television franchise.”

As for the opinions of our models, the opinions really run the gamut. Shannon Dupree in Milwaukee expressed how these days it seems like everyone wants to take a shortcut to instant gratification instead of learning the foundation and really doing the work. On the other hand, Ebony Addams in North Carolina always looks forward to watching ‘Drag Race’ because she feels like she can always learn something new, even from baby queens.”

What do you hope the new generation of queer folk take away from this project?

“We hope that everyone is able to find at least one performer in the book who resonates with them, that they can see themselves reflected in. Like drag itself, the book is a portal, a codex of sorts, rife with historical context to inform future visionaries. Furthermore, we hope people seek out and celebrate legends in their own communities. Listen to them, learn from them, and tip them!!!”

There are so many hilarious, profound, and memorable quotes throughout the book (“Always keep your poppers in the fridge,” “Why can’t we all be queer and call it a day?”) Do you have a favorite quote or story? If so, why?

What message do you have for the LGBTQ+ community?

“Pride is resistance: against the patriarchy, against capitalism, against the police state. Our elders overcame struggles we can scarcely imagine, and although these may be ‘unprecedented times,’ they’ve laid a roadmap for us to follow. Queer people, trans people, drag artists, are all part of an ancient, divine lineage, and tapping into that only strengthens our collective power.”♦