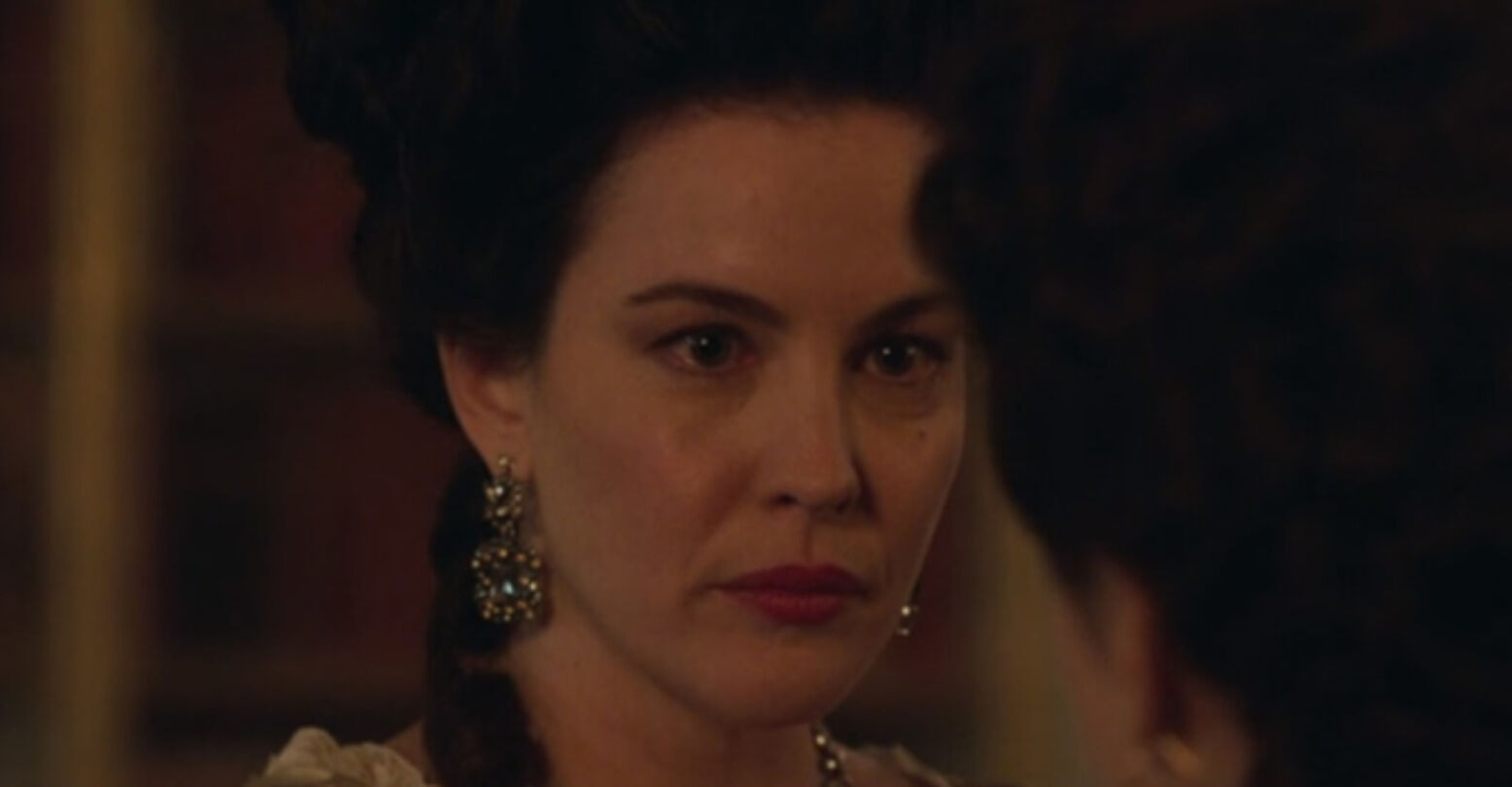 Liv Tyler has joined Season 2 of the Hulu original series, Harlots. And if you’re not watching already, it’s exactly about what you think it’s about, because Hulu doesn’t play.

Season 2 introduces Tyler’s character, Lady Isabella Fitzwilliam, described as “a woman of exceptional wealth and grace who lives an enviable life of leisure.” Lady Isabella develops a friendly relationship with Margaret, who works for Lydia. The two become unexpectedly close at discovering their shared disdain for Lydia and things get progressively gayer from there.

How gay, you ask? This gay.

Lady Isabella’s past is dark and sad, and she has an extremely creepy and sadistic brother who controls all her finances because of course he does, but she seems to have found an ally and partner in Charlotte. You might want to find some pearls to clutch because the tension between them is a real Victorian treat.

Though Harlots does feature a lot of hetero nonsense, Season 1 did feature Amelia and Violet, portrayed by Jordan Stevens and Rosalind Eleazar, who meet while Amelia accompanies her mother on her mission to wipe the London streets clean of harlots and all things indecent. Obviously, that goes a little differently than she had envisioned.

This isn’t Liv Tyler’s first onscreen lady smooch. Back in 2000, she played a woman in love with her soon-to-be-married best friend (Kate Hudson) in Dr. T and The Women. The two shared a kiss that Tyler has been quoted saying she wishes had been more expressive.

“We were always so shy about the kissing but in retrospect, we were like, ‘We so should have just totally made out and tongued each other,'” she told Allure magazine back in 2007. Now 18 years later, she’s finally getting a do-over.

New episodes of Season 2 air on Hulu every Wednesday.