“It’s funny how in in the 19th century, pinkbeing a warm tonewas considered a masculine hue and designated for baby boys, while the cool blue was reserved for girls. Gender is all relative.”

Connor Catalano has his eye on masculinity’s next chapter, and things are looking cute AF.

As Alt Male, Catalano treats men from across the gender spectrum to a pink, bedazzled visual remix that messes with the binary in the best possible way. Celebrities, drag queens, and everyday guys are all fodder for his otherworldly digital manipulations, which include everything from GIFs and cinemagraphs to 3D modeling and digital matte painting.

Alt Male started out as a personal design project but has since grown into a print zine and brand with collaborators around the world. Check out our interview with Catalano below for more on his background, process, and plans for an Alt Male augmented reality app.

Hi Connor, can you tell us a bit more about who you are and where you’re from?

I was born and raised in Dallas, Texas, but always had my sights set on NYC. I moved up here to study illustration at SVA and have continued following my art ever since. A few years ago the idea for Alt Male came to me while meditating on the subway. It started out as an art project and ended up developing into a series of opportunities and something of a brand. Now I work full time as a graphic designer, freelance on the side, and run altmale.storenvy.com, which is where you can buy print and digital issues of Alt Male Mag and the various products I design.

We love your Instagram – what’s your process for creating these images?

Thanks! My creative process varies depending on the project and if it’s a commission or a collaboration. When I produce editorials for Alt Male Mag I’ll plan each composition in detail, recreate it as closely as possible for the shoot, edit the photos or videos and add visual effects. Whenever possible I incorporate new methods of image making and currently I’m most excited to include more 3D modeling and digital matte painting in my process. Sometimes to express an idea with a quick turnaround, I’ll collage and manipulate photos from the internet.

Culturally there’s a movement happening now where young artists are rebelling against masculinity. You play with colors perceived as feminine (pinks & purples) and sometimes feminize pictures of masculine-looking men. What are your thoughts on this?

I’m deeply grateful for the movement. When it comes to color, it’s funny how in in the 19th century, pinkbeing a warm tonewas considered a masculine hue and designated for baby boys while the cool blue was reserved for girls. Gender is all relative. I’m aware that my subjects often appear as feminized masculine men, but to my eyes there’s nothing necessarily feminine about them. That’s a particular dichotomy I’m often interested in portraying. 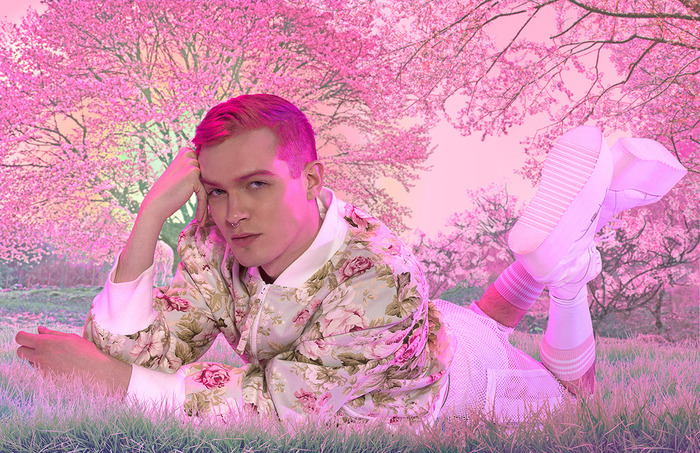 What are you trying to say or make people feel with your work?

No matter what message I address, my main goal has been to retain a sense of escape and fantasy. There’s so much in this world to feel grey about, so I try to create reminders of all the color, beauty, and light out there. I believe that if this world doesn’t have what you’re looking for, you can create your own and it will manifest in your reality. Limitless potential is a feeling I strive to evoke with my work. 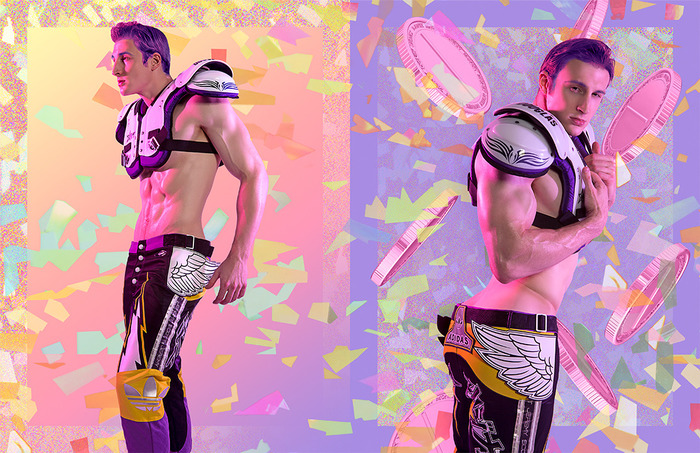 What other artists inspire your work?

Salvador Dalí and Surrealism have had the strongest influence on my artistic philosophy. Cyber art and net art are also big inspirations. 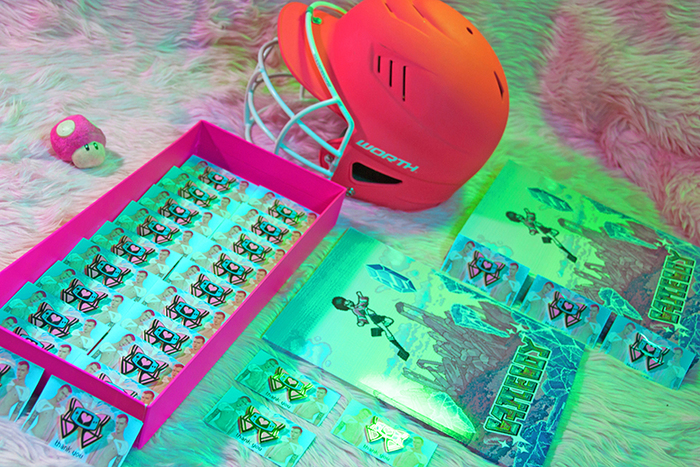 You have a zine, can you tell us more about that?

Over the years I’ve come into contact with so many talented artists IRL and through social media who have been so supportive. It’s really given me a sense of community. I created the first Alt Male Mag, “Gameboy”, in hopes of fostering the community and increasing the visibility of creatives with unconventional, alternative points of view on masculinity. 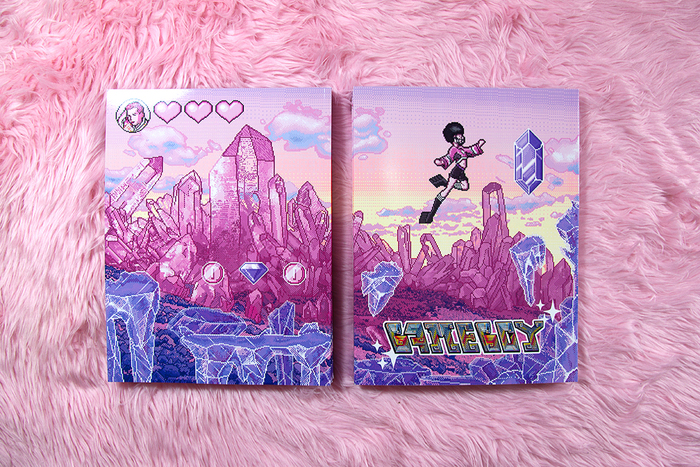 What are you working on right now?

Currently submissions are open for the second issue of Alt Male Mag. I’m accepting any form of art with the theme of alien. Male beauty standards already vary so much across terrestrial cultures and time, I wanted a theme that could explore beyond the limits of this planet and dimension.

Our cover story will be a series of cinemagraphs visible in their animated state in the magazine with the use of the Alt Male Augmented Reality App. Right now I’m working on developing the app so that future issues of Alt Male Mag can feature interactive video & 3D AR content.