Lizzo has always had a loud personality — both in her colorful music and flamboyant tweets. This month, the audacious rapper covered Gay Times in a bright yellow Cher Horowitz-esque blazer and opened up about her struggle with identity and her desire to break down barriers, not only for LGBTQ people, but for everyone who feels stuffed in a box.

“It means so much because the LGBTQ community has embraced me as one of their own,” she gushed to the magazine. “I felt like an ‘other’ for a very long time. I used to get teased for being gay because I was very curious and I would look at the girls’ makeup around me. I remember being like, ‘I don’t care what people think about me.’”

The 30-year old spoke on her own individuality, and how it made her feel unlovable as a kid.

“I was a bookworm, I liked anime, I dressed weird, I was in a band. Nobody liked me, and I just remember feeling so unwanted and unchosen, and I remember at one time feeling like I was asexual, because no one loved me, and I was so confused about myself and my identity for a long, long time,” she said. “Being on the cover [of Gay Times] shows more than just inclusivity, it shows ally-ship, and it shows us kicking these boxes out of identity, and just existing beautifully and celebrating those differences while living in harmony.”

Actually, the rising pop star has a lot to say on the topic of individuality. Not only is she a bull-headed ally for the LGBTQ community, but Lizzo has also been a strong voice for women of color and plus-size women. She understands the intersections of marginalized identities, and how stigmas about such can negatively affect self-esteem.

“A lot of people will say to me, ‘I’d never be able to wear that, or say that, or talk to that person, how do you do it?’ And I’m like, ‘Well, you need a confidence boost’, because we’re taught to hide that part of ourselves, and hide our sexuality, and hide our bodies,” she explained, elaborating, “We’re taught to not talk about what we like. I think that I just had a confidence boost from somebody, from my friends, and then I hyped myself up and I was like, ‘Yeah, I can do this.’ When I started doing it, I realized so many people needed to see and hear these things from someone like me. Now, it feels like I’m liberating people when I do it, and that’s also such a liberating feeling for me. It just felt right, it was a very natural progression for me.” 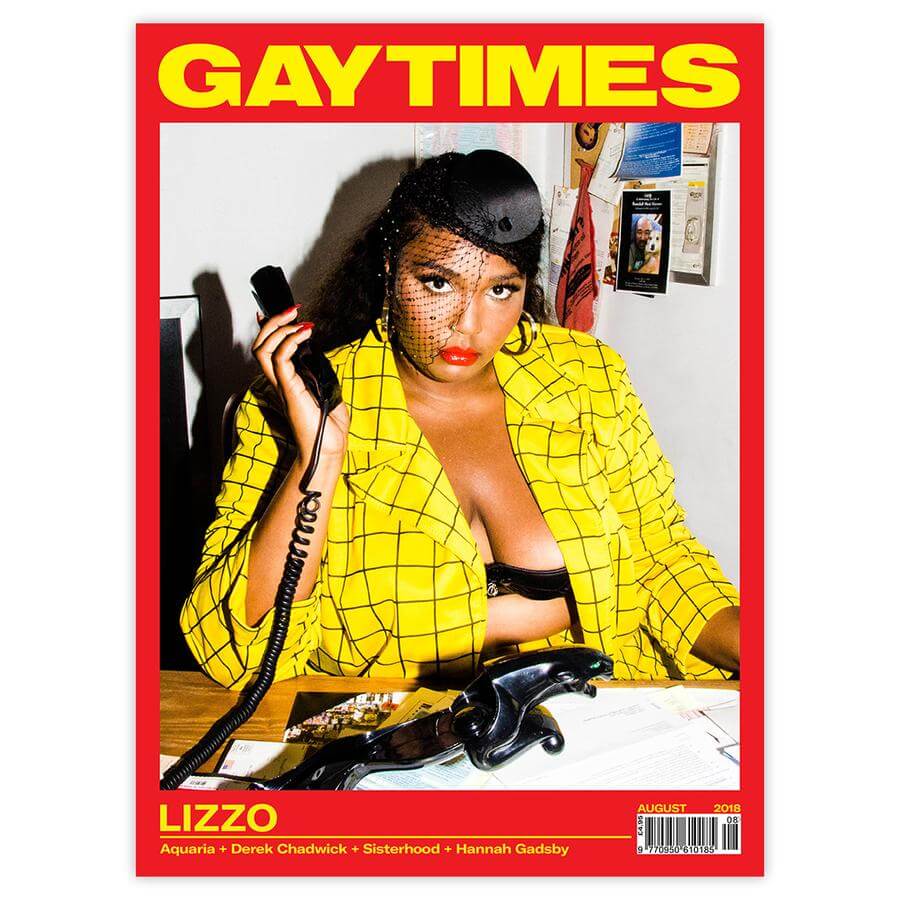 Lizzo pointed to the harmful ways in which media can perpetuate these insidious stigmas.

“I feel like the system was created and the media was designed to divide and conquer us and separate us and create too many boxes that everyone felt like they needed to fit into,” she said. “Lately I’ve been all about erasing those boxes, just kicking them all out. Like, even with heterosexual monogamy, look at those two boxes that the whole of humankind has been forced to fit inside by mainstream media.”

In the musician’s opinion, we need to continue breaking free from those boundaries. “Getting rid of those two boxes would be incredible,” Lizzo says. “I think the more that we understand each other, the easier it is to stick together, and I think a lot of the misunderstandings make it hard.”

Despite all her progressive and inspiring wisdom, Lizzo knows she’s not perfect — nobody is. She appreciates someone like Tan France, the fashion expert from Queer Eye, who made troublesome remarks about transgender people in an episode of the Netflix show, but was able to open himself up and learn that he was wrong.

“I was just watching Queer Eye, it was the episode where Tan didn’t quite understand the trans community, he just didn’t get it, and I was like, ‘Oh?’ But then he spent a week with a person who’s trans, and now he understands their story. So I think understanding is the first step to gaining solidarity and then maintaining solidarity.”

But the rapper’s real hero in 2018 is Janet Mock, who she admires for her work as a writer and director on FX’s groundbreaking queer show Pose. This year, Mock made history as the first transgender woman of color to write and direct an episode of television.

“After meeting her and seeing what she’s accomplished this year alone, I’m extremely inspired by her,” Lizzo tells the magazine. “Directing for the first time, and doing all the things that I aspire to do, and doing it as a trans woman I think is incredible, because honestly in this industry they feel unwanted,” she said.

“I’m a big black girl, and I feel unwanted in this space, too,” Lizzo continued. “So I feel like to be able to do that and to be successful at it, and let everyone know who’s watching, ‘Actually, not only am I doing this, but it’s good, and you like it’, I think is a huge statement. So yeah, Janet is someone I look at and say, ‘That’s gonna be my 2019.’”

Lizzo teased a possible collaboration with Missy Elliot on her upcoming album, which sounds like a pop/hip-hop dream come true. “There is a very high chance that you will be hearing this new music very soon,” she said.

You can read the full interview here.